Released on April 13, 2020
Download
NASA’s Fermi and NuSTAR space telescopes, together with another satellite named BRITE-Toronto, are providing new insights into a nova explosion that erupted in 2018. Detailed measurements of bright flares in the explosion clearly show that shock waves power most of the nova's visible light.

Download
This animation illustrates the likely phases of V906 Carinae's 2018 nova eruption. The explosion created a thick, complex cloud that was swept into a doughnut shape by the orbital motion of the stars. From our perspective, we viewed the cloud roughly edge-on. The cloud expanded outward at less than about 1.3 million mph (2.2 million kph), comparable to the average speed of the solar wind flowing out from the Sun. Next, an outflow moving about twice as fast slammed into denser structures within the cloud. This created shock waves that emitted gamma rays and visible light. About 20 days after the explosion, an even faster outflow crashed into all of the slower debris at around 5.6 million mph (9 million kph). This collision created new shock waves and another round of gamma-ray and optical flares. Both of the nova outflows likely arose from residual nuclear fusion reactions on the white dwarf’s surface. 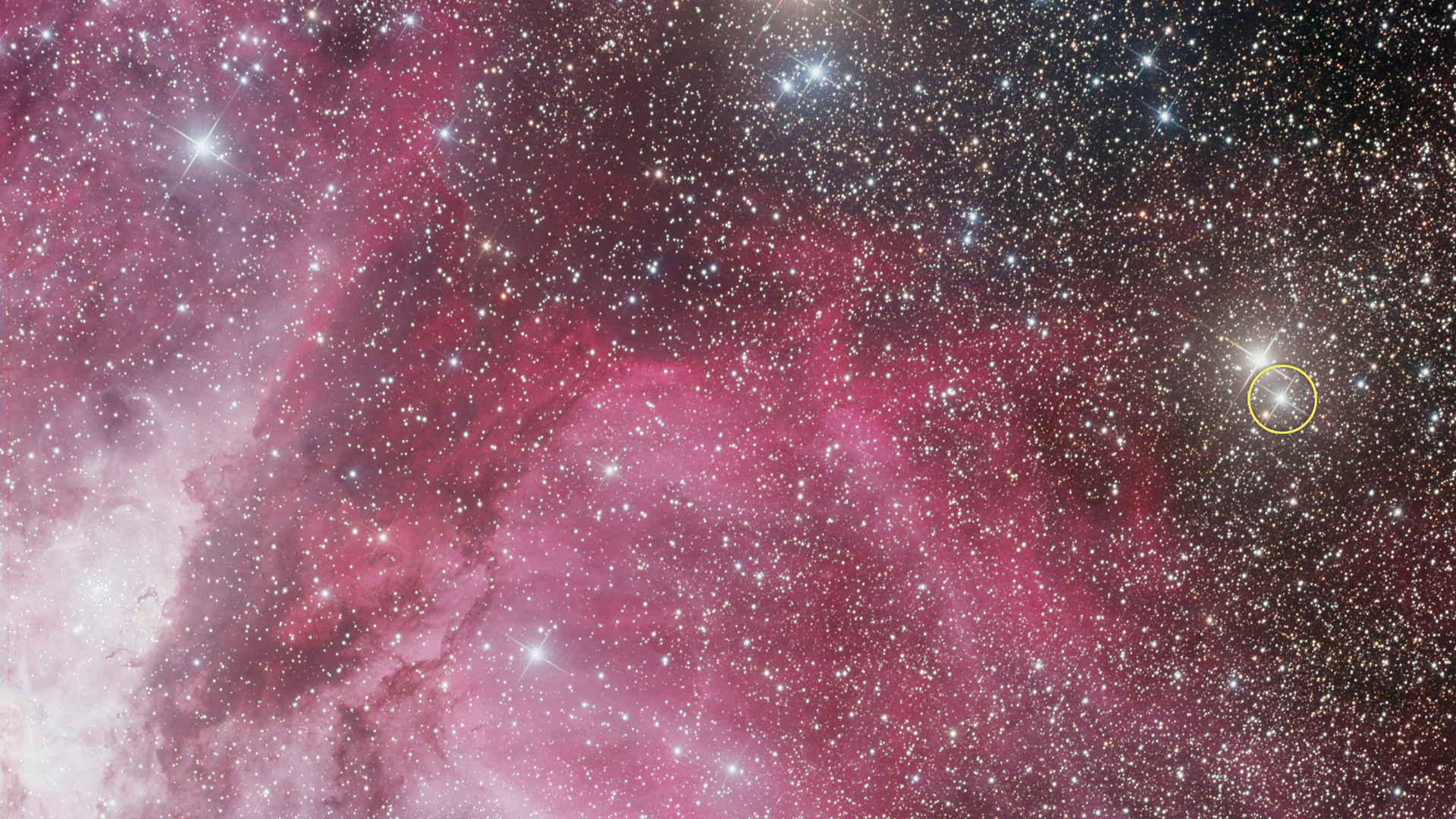 Download
V906 Carinae (circled) shines near peak brightness in this image taken on March 23, 2018, three days after the nova was discovered. The beautiful cloud of gas and dust dominating the picture is part of the Carina Nebula.

Credits: Copyright 2018 by A. Maury and J. Fabrega, used with permission 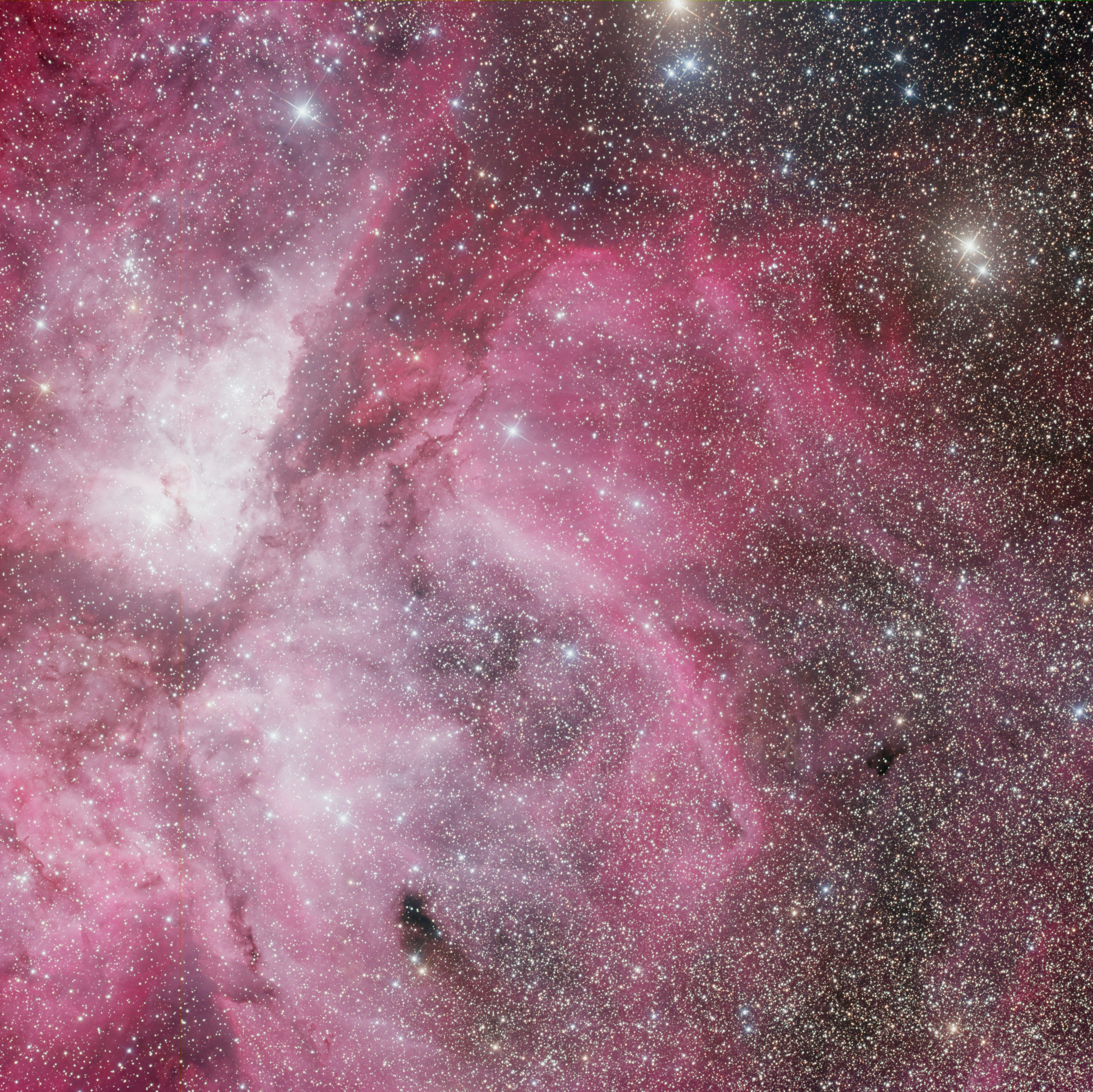 Download
The full unannotated version of the above image.

Credits: Copyright 2018 by A. Maury and J. Fabrega, used with permission 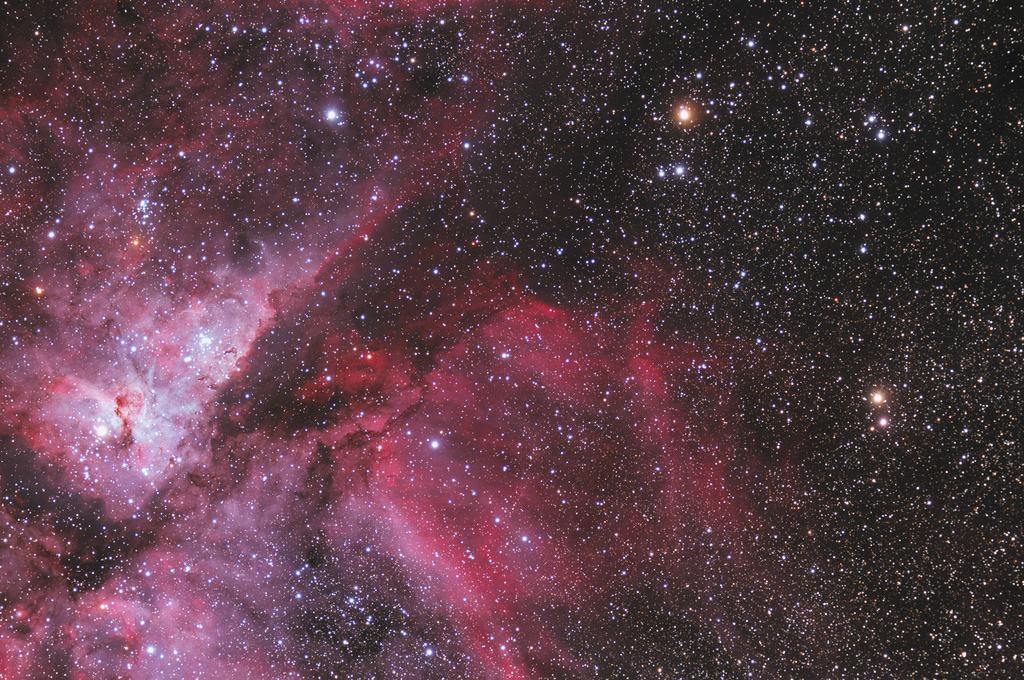 Download
Nova Carinae 2018, now designated V906 Carinae, was a thermonuclear explosion on a white dwarf in a star system about 13,000 light-years away. This image shows the nova on April 7, about 18 days after its discovery and near its peak brightness. 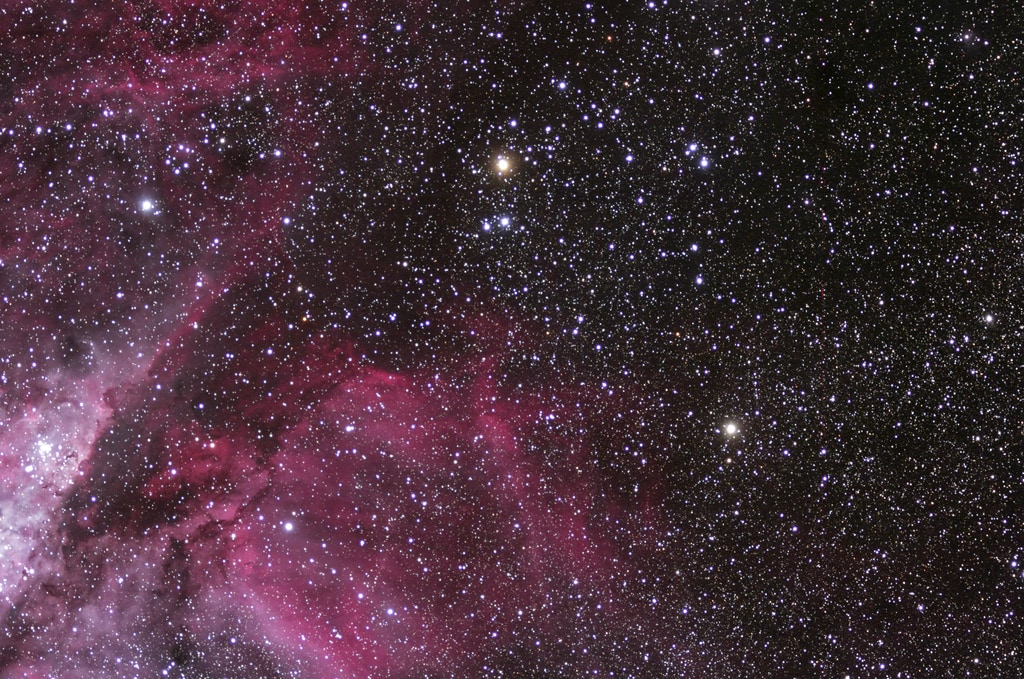 This GIF cycles between an image of V906 Carinae taken on April 7, 2018, about 18 days after the nova's discovery and near its peak brightness, and one showing its faded appearance on May 4, 2019.

This GIF cycles between an image of V906 Carinae taken on April 7, 2018, about 18 days after the nova's discovery and near its peak brightness, and one showing its faded appearance on May 4, 2019. 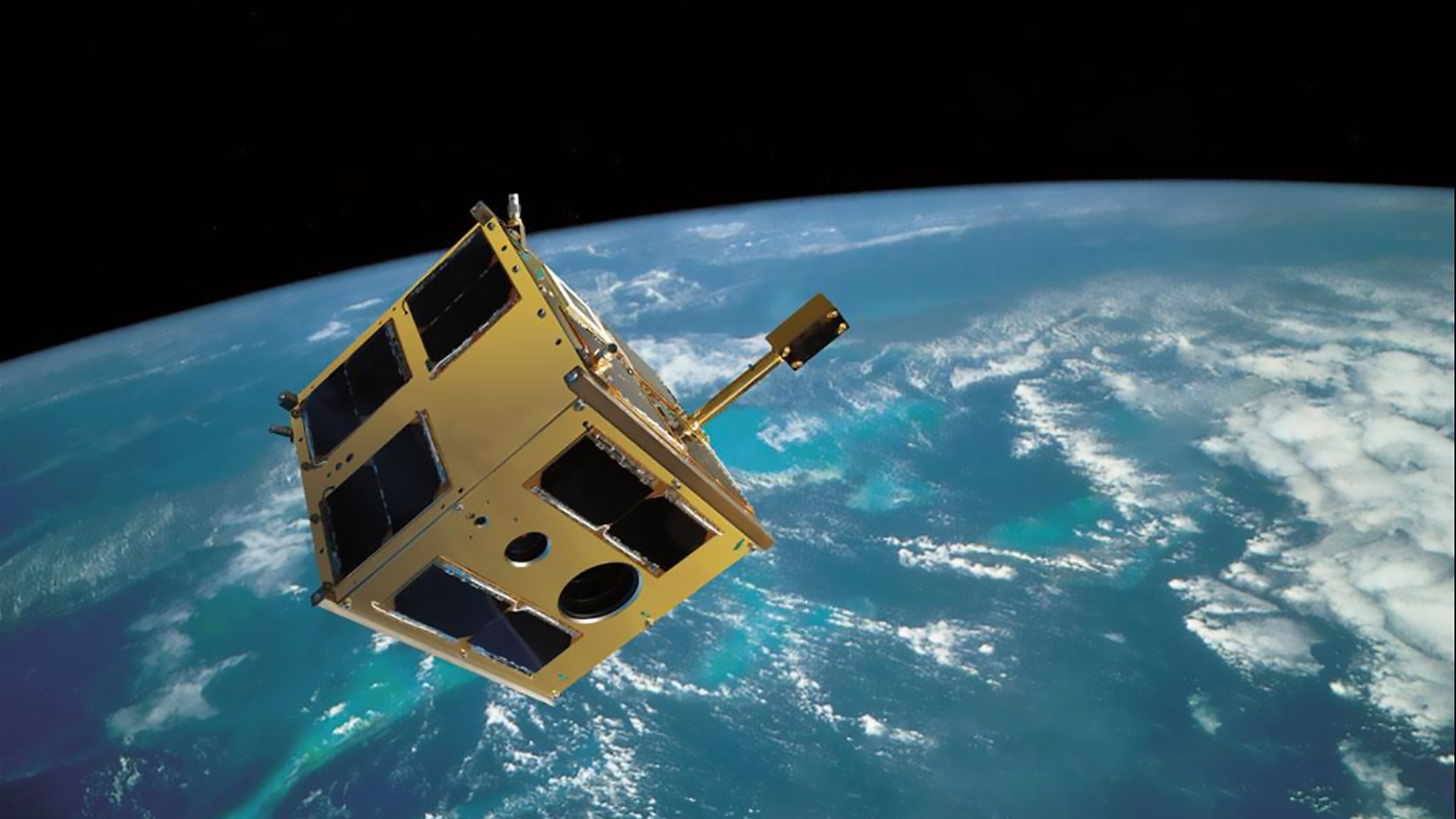 Download
The BRITE-Toronto satellite observed V906 Carinae for 16 minutes out of every orbit, returning about 600 measurements each day and capturing the nova’s changing brightness in unparalleled detail. The miniature spacecraft is one of five 7.9-inch (20 centimeter) cubic nanosatellites comprising the Bright Target Explorer (BRITE) Constellation. Operated by a consortium of universities from Canada, Austria and Poland, the BRITE satellites study the structure and evolution of bright stars and observe how they interact with their environments.