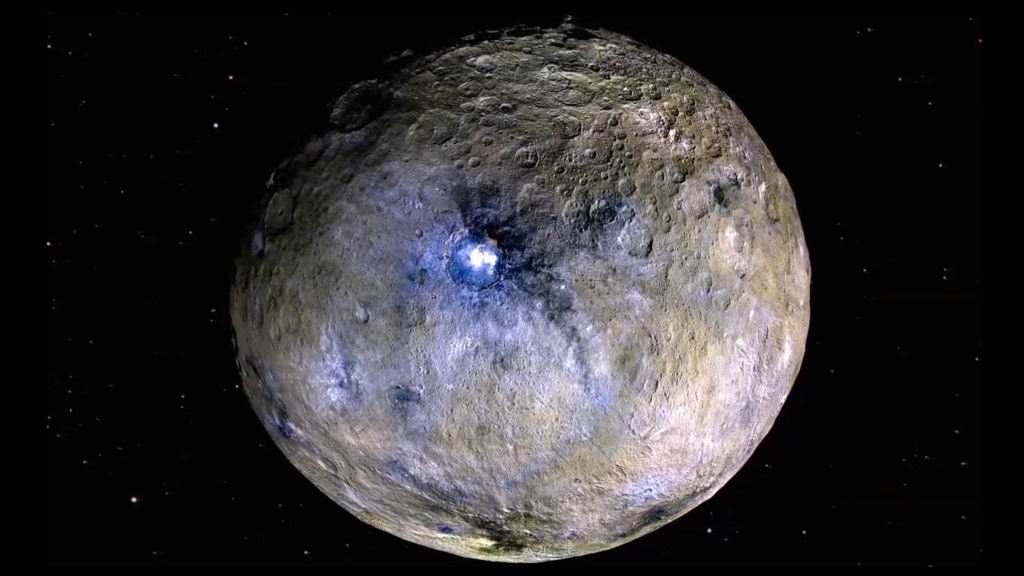 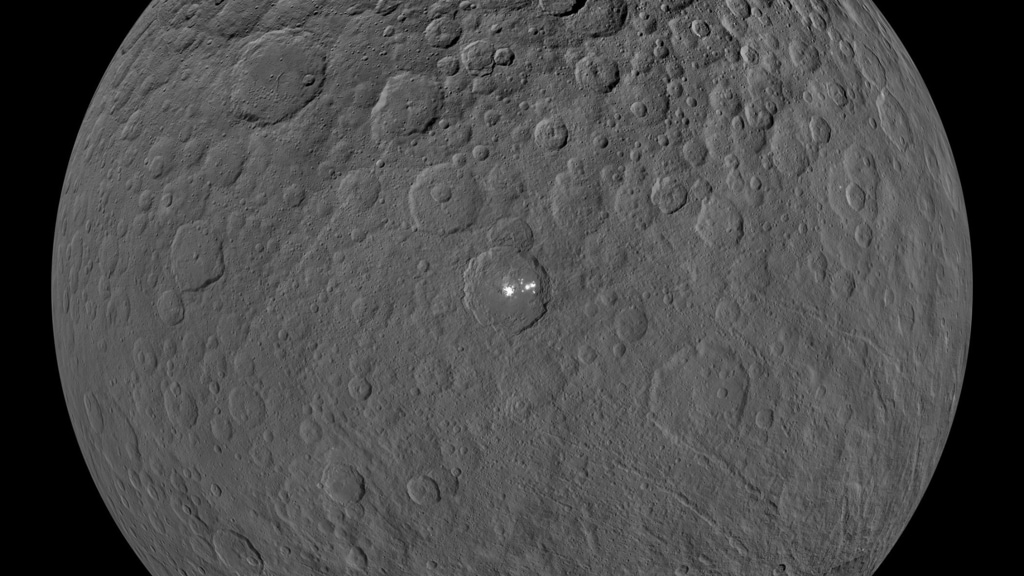 Download
Occator crater features two of the most noticeable bright spots on Ceres. 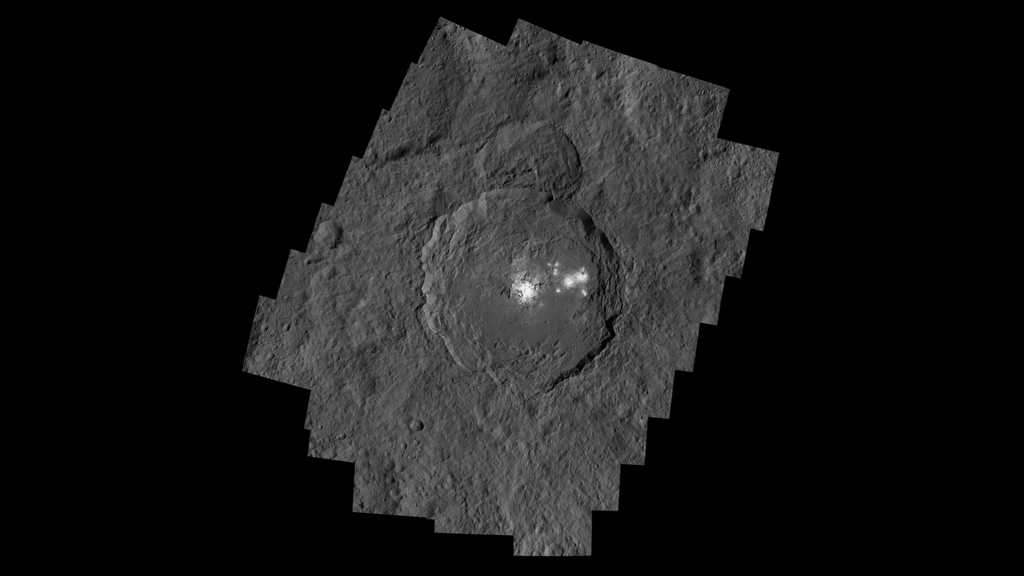 Download
The Cerealia Facula in the center is slightly brighter than the Vinalia Faculae to the right. 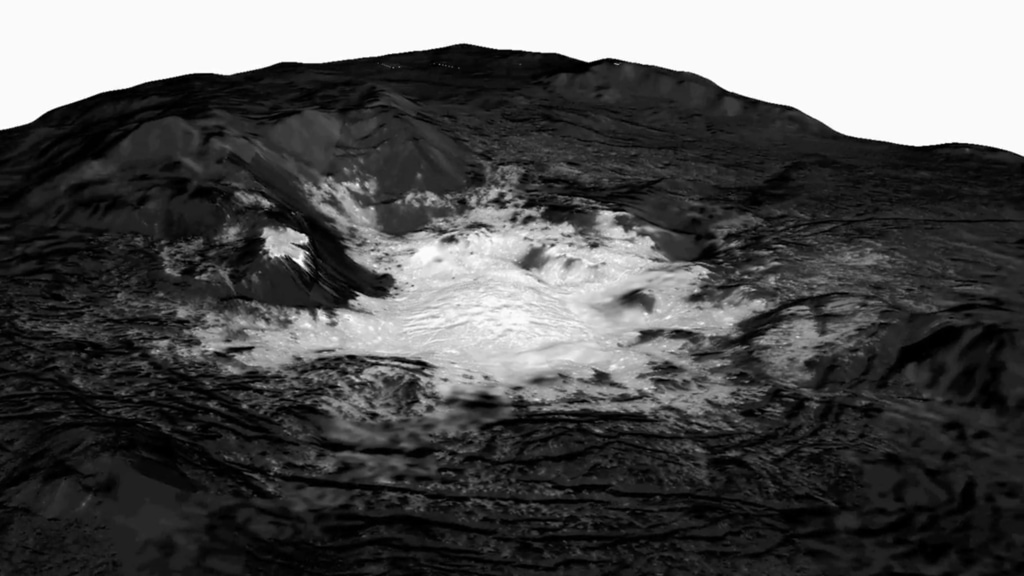 Download
This mosaic image draped over topography of Cerealia Facula shows a small dome protruding from the surface. 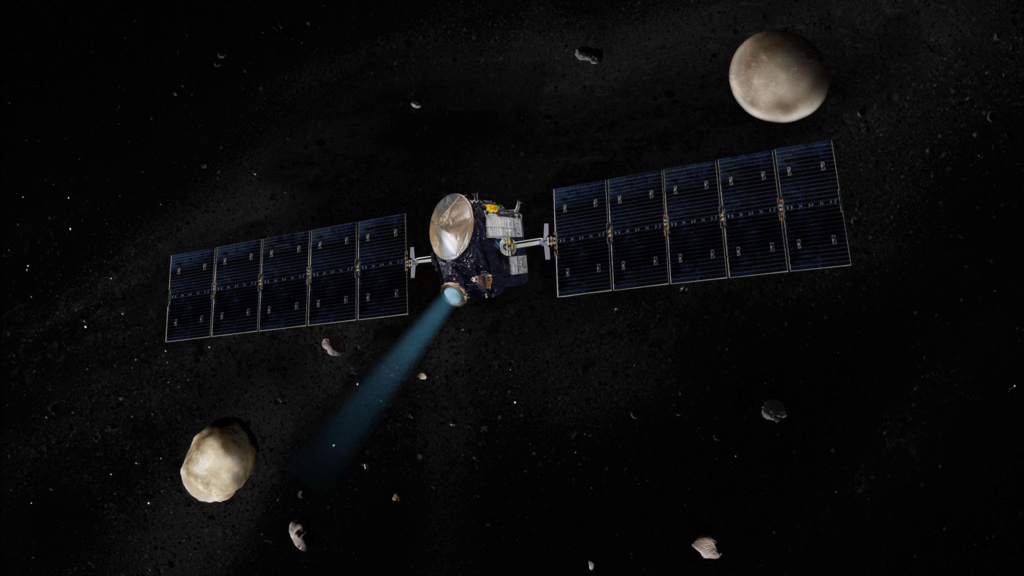 
Please give credit for this item to:
NASA/Jet Propulsion Laboratory (JPL)

For additional information about the video and images, please visit: