Released on November 8, 2018
Download Options
This animation captures phenomena observed over the course of nine days following the neutron star merger known as GW170817, detected on Aug. 17, 2017. They include gravitational waves (pale arcs), a near-light-speed jet that produced gamma rays (magenta), expanding debris from a kilonova that produced ultraviolet (violet), optical and infrared (blue-white to red) emission, and, once the jet directed toward us expanded into our view from Earth, X-rays (blue). 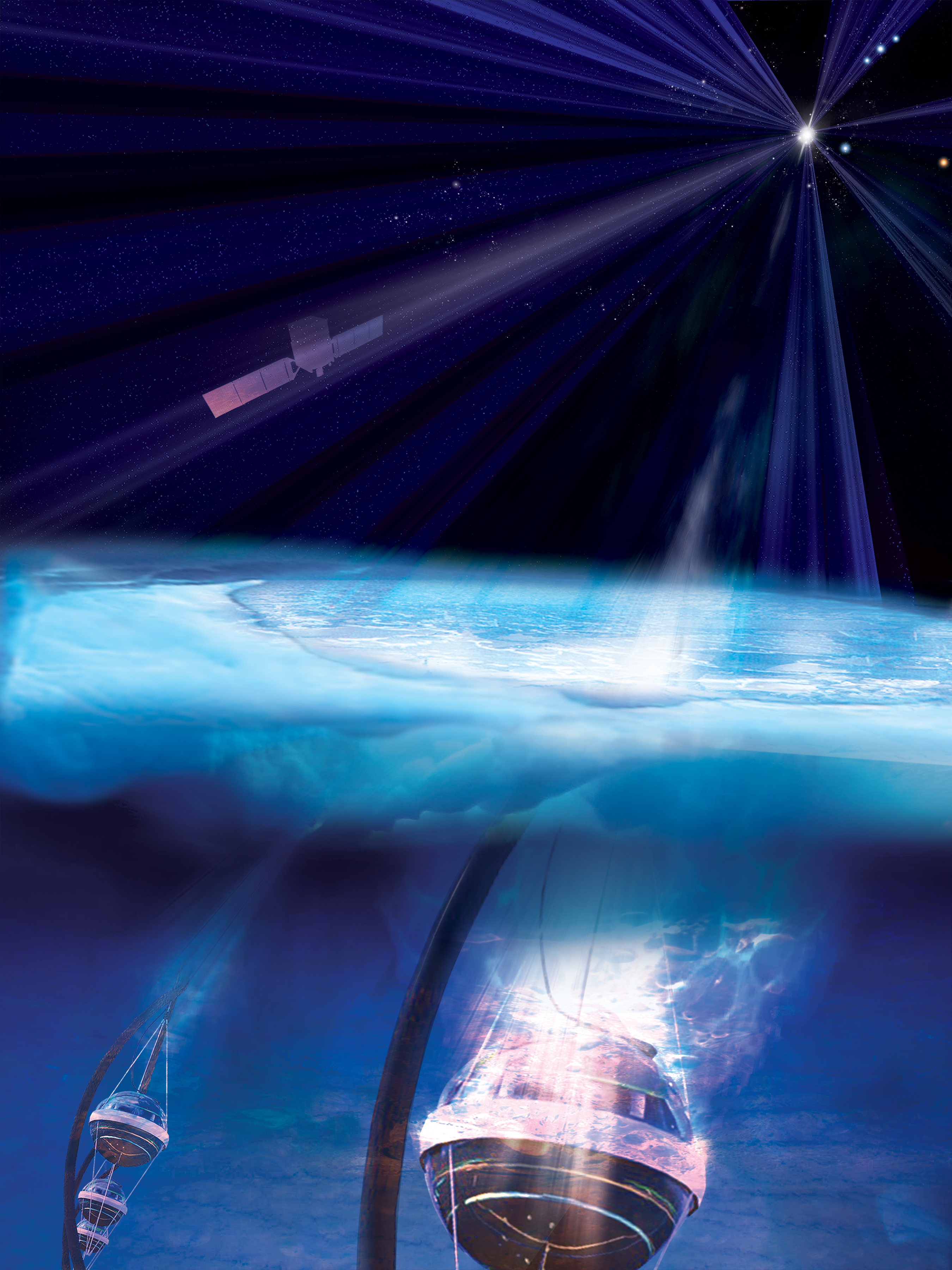 Download Options
On Sept. 22, 2017, the IceCube Neutrino Observatory at the South Pole, represented in this illustration by strings of sensors under the ice, detected a high-energy neutrino that appeared to come from deep space. NASA's Fermi Gamma-ray Space Telescope (top left) pinpointed the source as a supermassive black hole in a galaxy located about 4 billion light-years away. It is the first source of a high-energy neutrino from outside our galaxy ever identified.

Download Options
A simple animation of a gamma ray moving through space.

Download Options
Animation that includes a view of how Fermi’s Large Area Telescope detects gamma rays by converting them into electron-positron pairs. This is an upres of the original animation frames to UHD resolution (3840 x 2160).

Download Options
A visualization of a black hole and its surrounding accretion disk.

Download Options
GRB 101225A, better known as the "Christmas burst," was an unusually long-lasting gamma-ray burst. Because its distance was not measured, astronomers came up with two radically different interpretations. In the first, a solitary neutron star in our own galaxy shredded and accreted an approaching comet-like body. In the second, a neutron star was engulfed by, spiraled into and merged with an evolved giant star in a distant galaxy. Now, thanks to a measurement of the Christmas burst's host galaxy, astronomers have determined that it represented the collapse and explosion of a supergiant star hundreds of times larger than the Sun.

Music: Revelation of One

Download Options
NASA's Gamma-Ray Imaging Spectrometer (GRIS) is readied for its fifth balloon flight at Alice Springs, Australia, in 1992. The experiment made nine trips into the stratosphere for a total flight time of 223 hours. 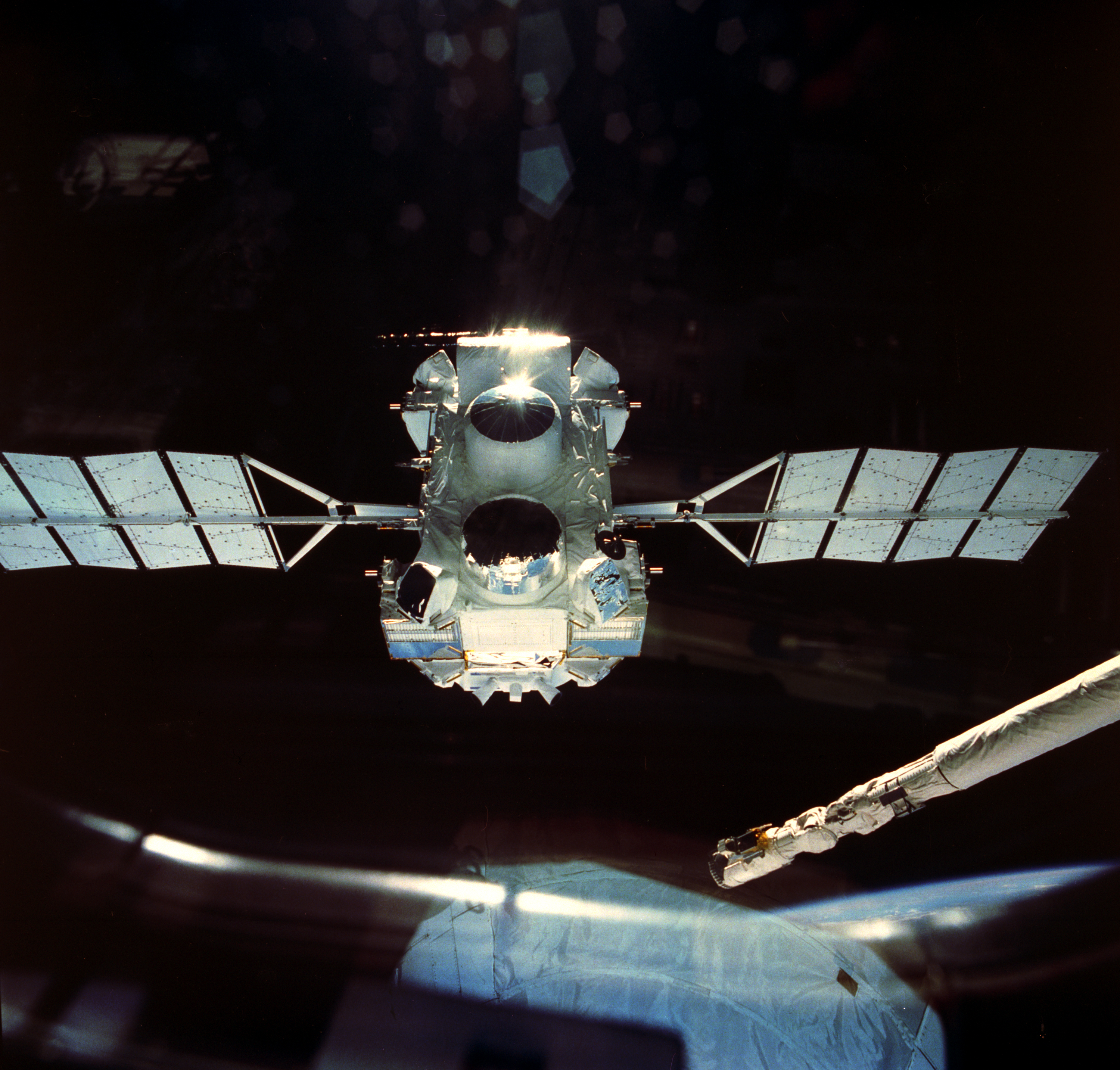 Download Options
The Italian-Dutch satellite BeppoSAX played a crucial role in resolving the origins of gamma-ray bursts (GRBs), brief, powerful explosions initially discovered in 1967 by the U.S. Vela satellites. On Feb. 28, 1997, moments after a GRB was detected, BeppoSAX turned its X-ray telescopes to the location and spotted an X-ray afterglow -- the first GRB observation in a wavelength other than gamma rays. The satellite's accurate positions, together with other observations, showed that GRBs originate beyond our Milky Way galaxy.

Download Options
Animated fly-around of the Fermi spacecraft against a depiction of the gamma-ray sky. This is a 4k upres of the original frames. 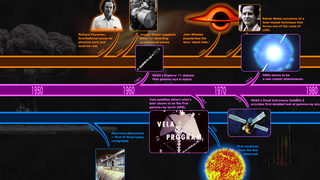