This is a social media video that uses the audio and waveform from the Sound Tour of NASA's Robotic Operations Center story. The illustration is inspired by photographs taken in the robotics lab. Music: Flutterbee by Podington Bear. 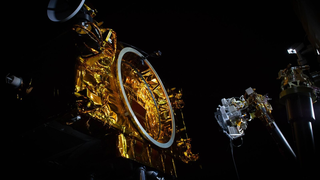 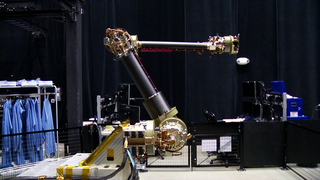