Released on March 13, 2018
Download Options
NASA scientists have found that not only is Jupiter's Great Red Spot shrinking, but it is actually growing taller and its color is deepening. 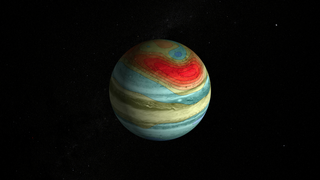