Released on February 9, 2018
Download Options
In its five years in space, Landsat 8 made 26,500 orbits around Earth and captured 1.1 million "scenes" of our home planet, representing 16 percent of all the observations kept in the 45-year Landsat archive. 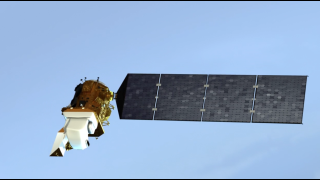 This item is part of these series:
Landsat
LDCM
Narrated Movies