Released on January 11, 2018
Download Options
Astronomers thought patterns spotted in disks around young stars could be planetary signposts. But is there another explanation? A new simulation performed on NASA's Discover supercomputing cluster shows how the dust and gas in the disk could form those patterns no planets needed.

Download Options
GIF of a new simulation performed on NASA's Discover supercomputing cluster that shows how dust and gas in a circumstellar disk could form patterns without planets.

Download Options
Same as above, with additioanl scales showing the physical size of the disk and the density of dust. 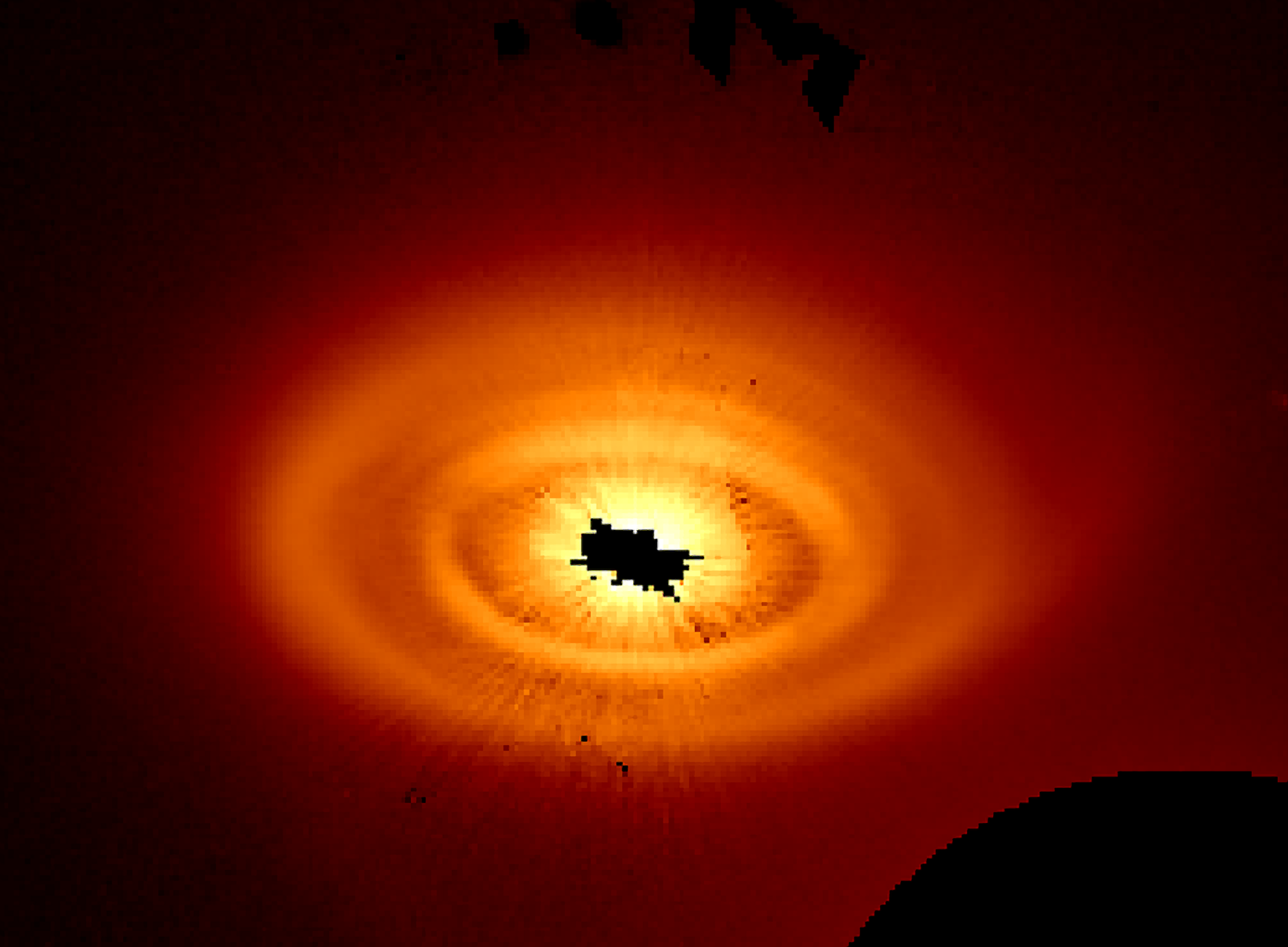 Download Options
Arcs, rings and spirals appear in the debris disk around the star HD 141569A. The black region in the center is caused by a mask that blocks direct light from the star. This image incorporates observations made in June and August 2015 using the Hubble Space Telescope's STIS instrument. 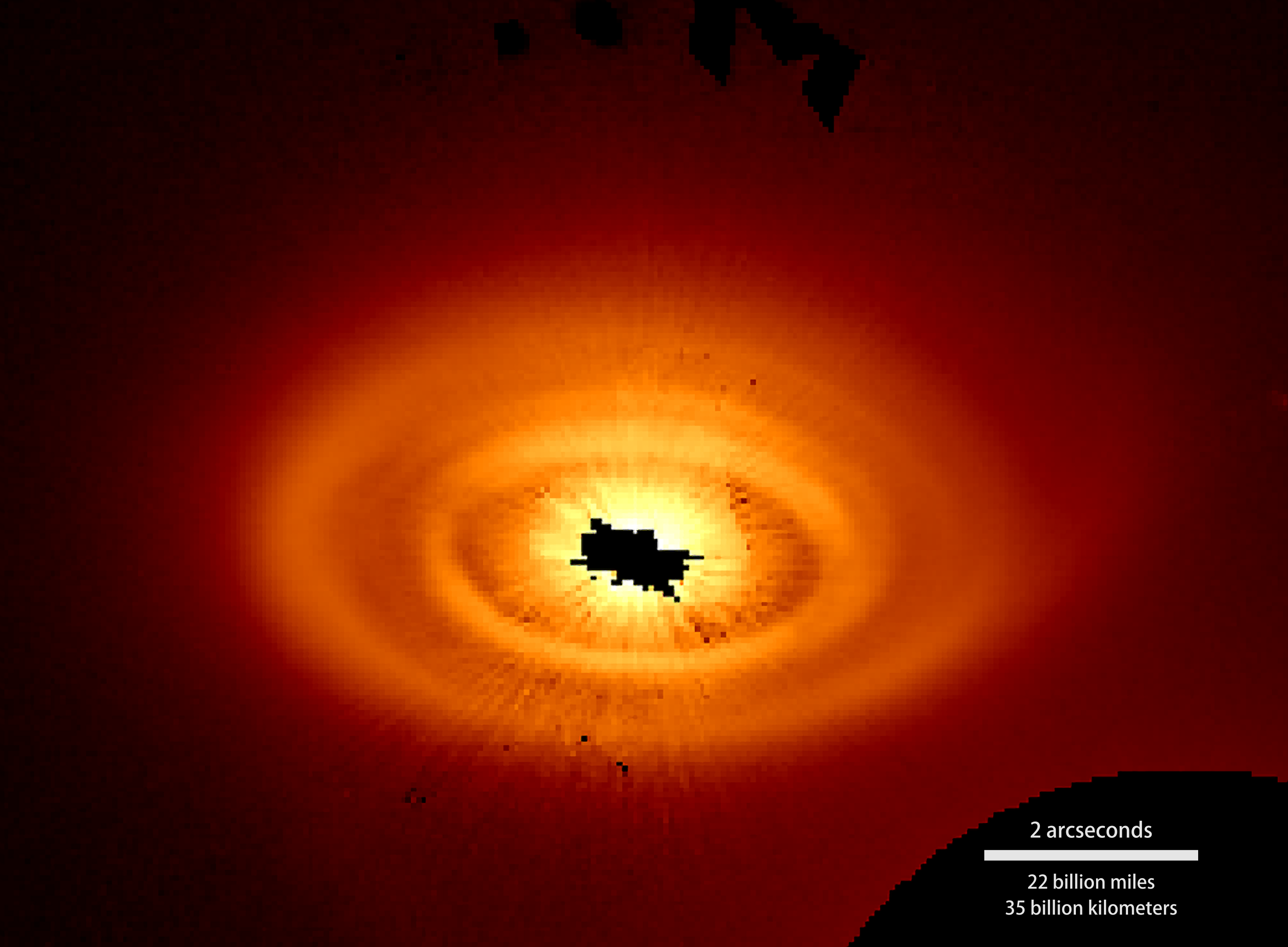 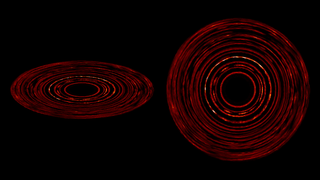 Please give credit for this item to:
NASA's Goddard Space Flight Center. However, Individual items should be credited as indicated above.