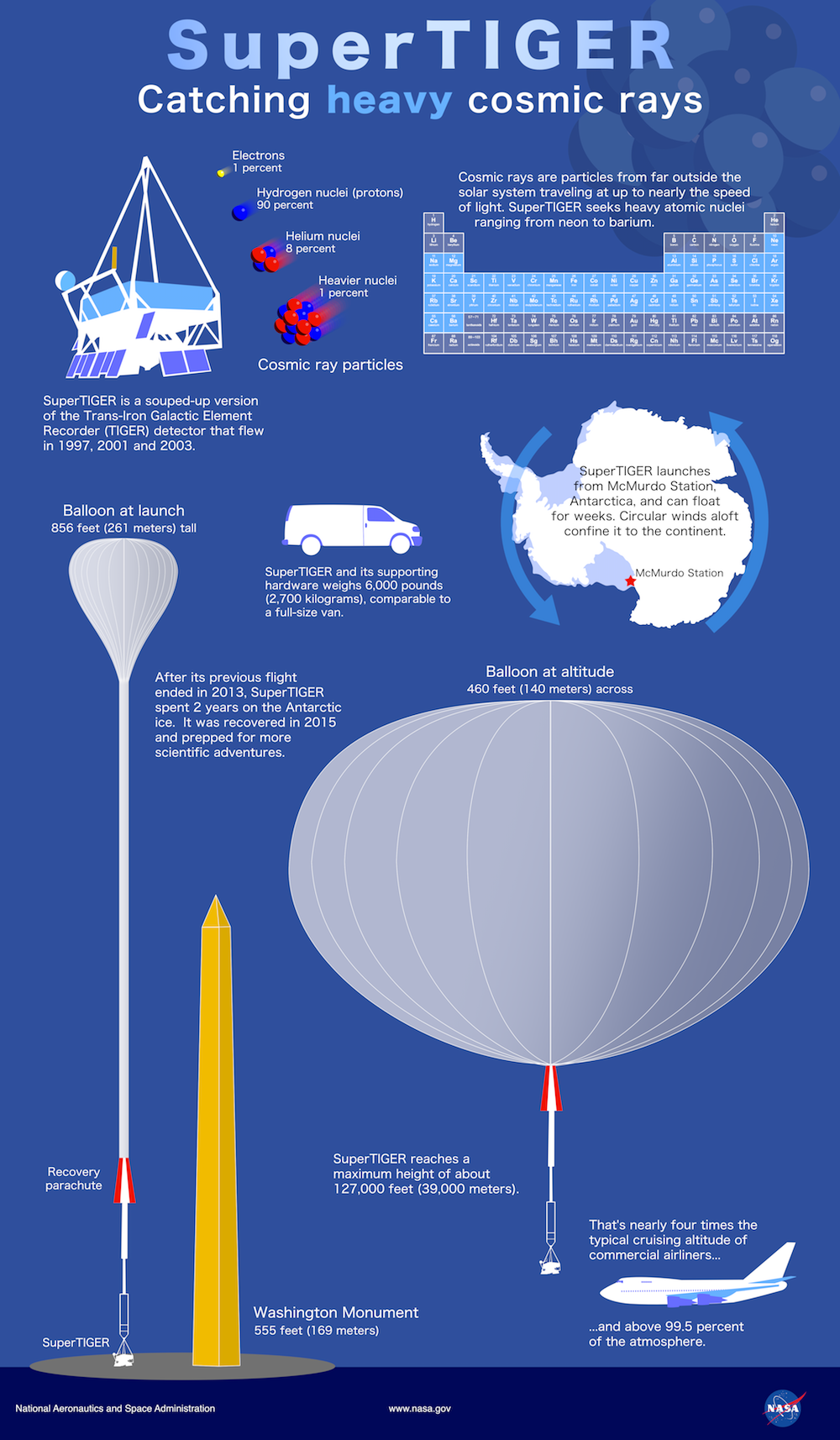 Download Options
When SuperTIGER’s balloon reaches its maximum altitude, near 130,000 feet (40,000 meters), its envelope has expanded to a diameter of 460 feet (140 meters) -- big enough to spin a football field in its center.

Download Options
Cosmic rays are protons, electrons, and atomic nuclei traveling at up to nearly the speed of light originating from beyond the solar system. SuperTIGER seeks the heaviest nuclei, ranging from neon to barium, that make up less than 1 percent of the cosmic ray population. The distribution of these heavy nuclei enable scientists to hone ideas about where cosmic rays originate and how they’re boosted to high energies.

Download Options
Launching balloons in Antarctica during the austral summer has two big advantages. A persistent high-pressure system forms a unique counterclockwise circulation called a polar vortex in the upper atmosphere above the continent. These upper-level winds guide balloons around the continent, letting scientists recover their instruments near the launch site once the mission concludes. Constant daylight during the Antarctic summer minimizes day-night temperature fluctuations, which is an important factor for long-duration flights. 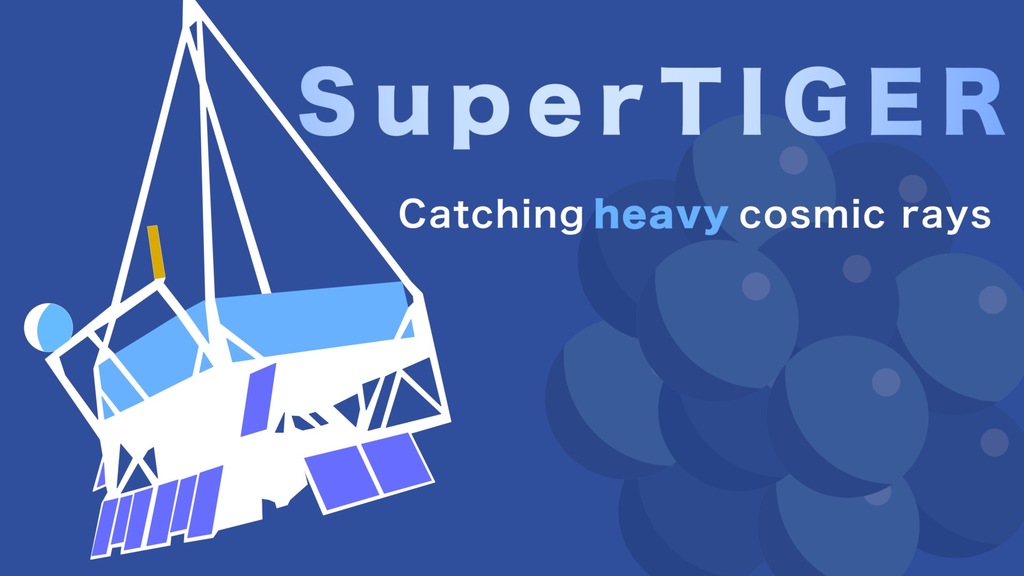 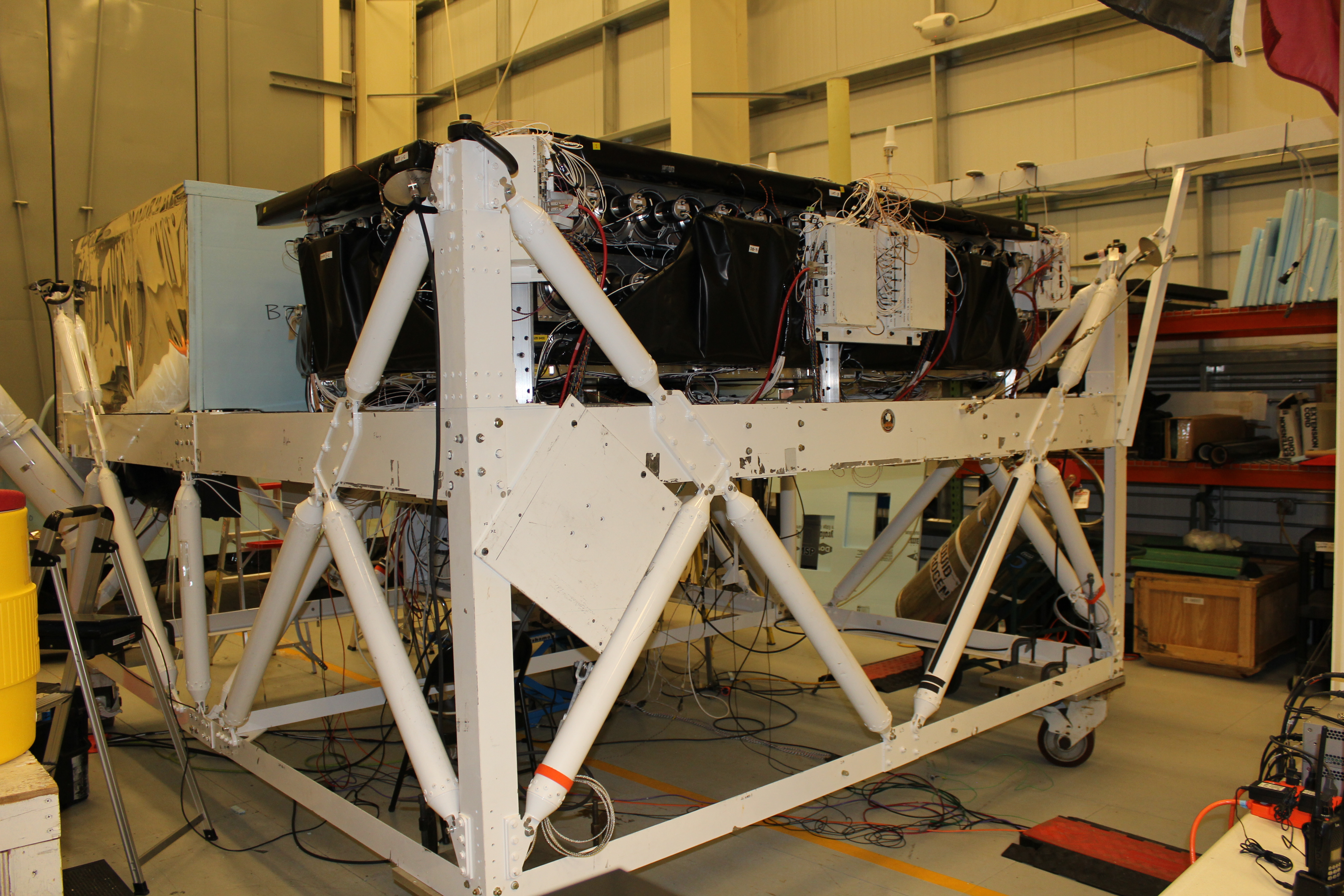 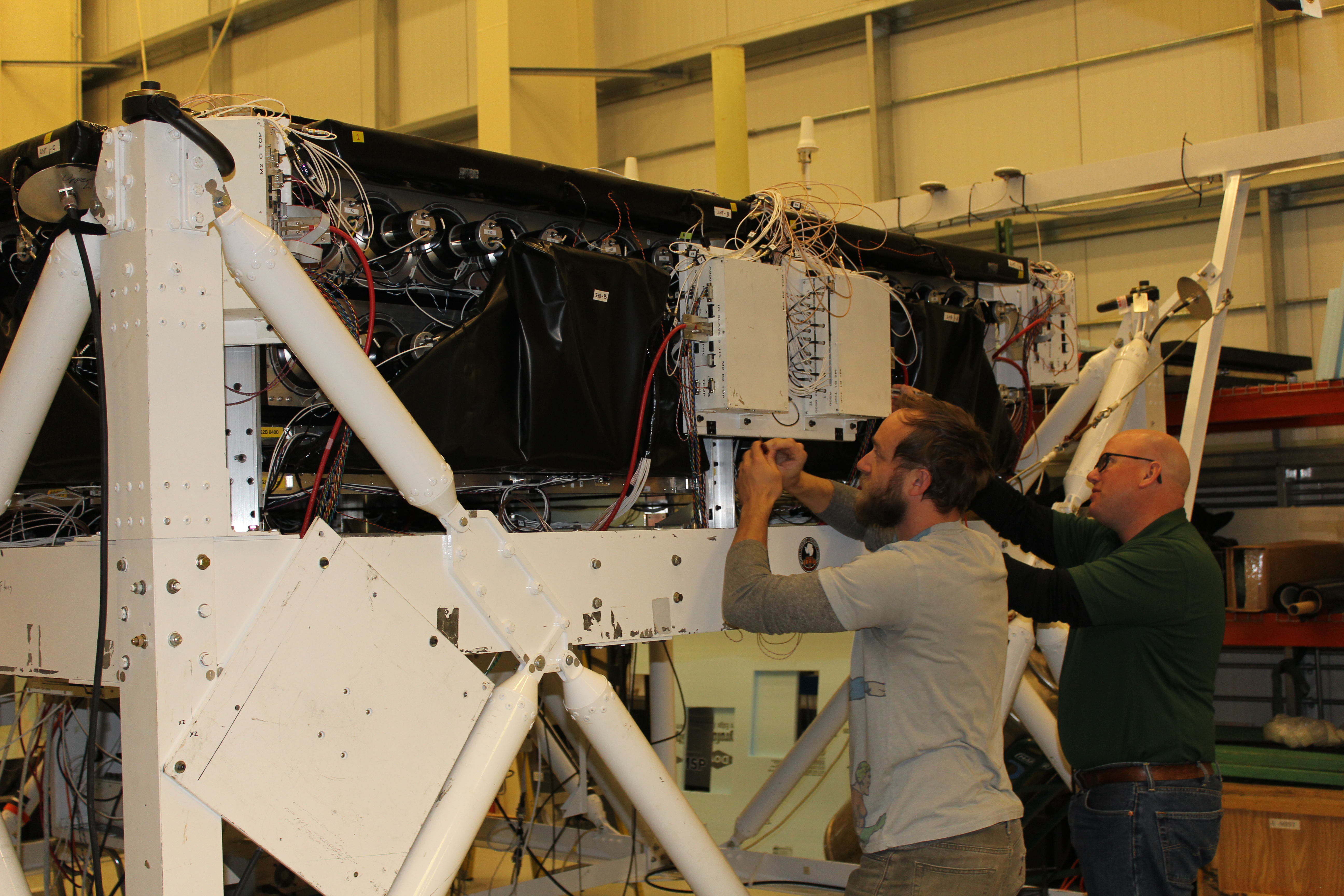 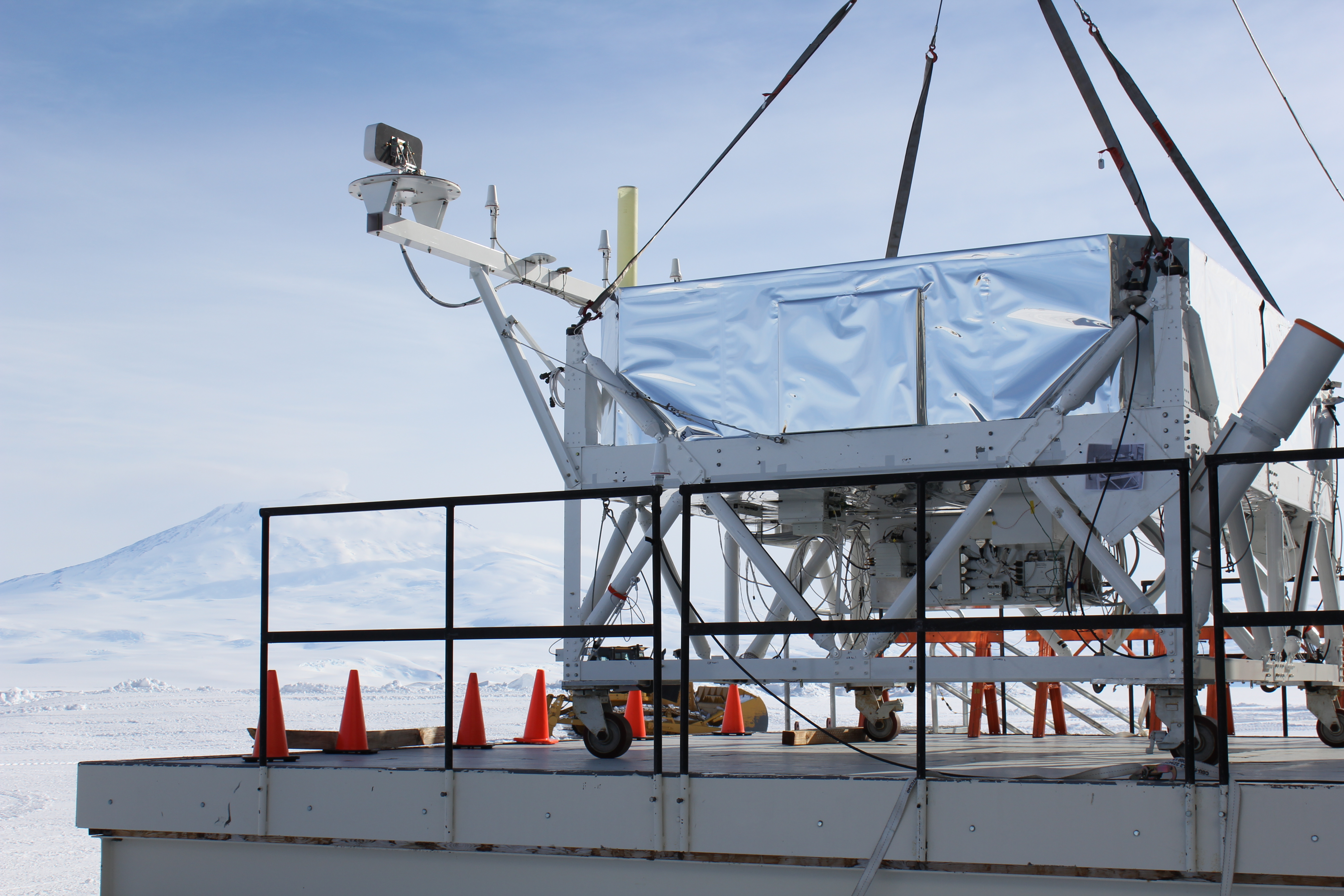 Download Options
On Dec. 1, 2017, SuperTIGER was brought onto the deck of Payload Building 2 at McMurdo Station, Antarctica, to test communications in preparation for its second flight. Mount Erebus, the southernmost active volcano on Earth, appears in the background. 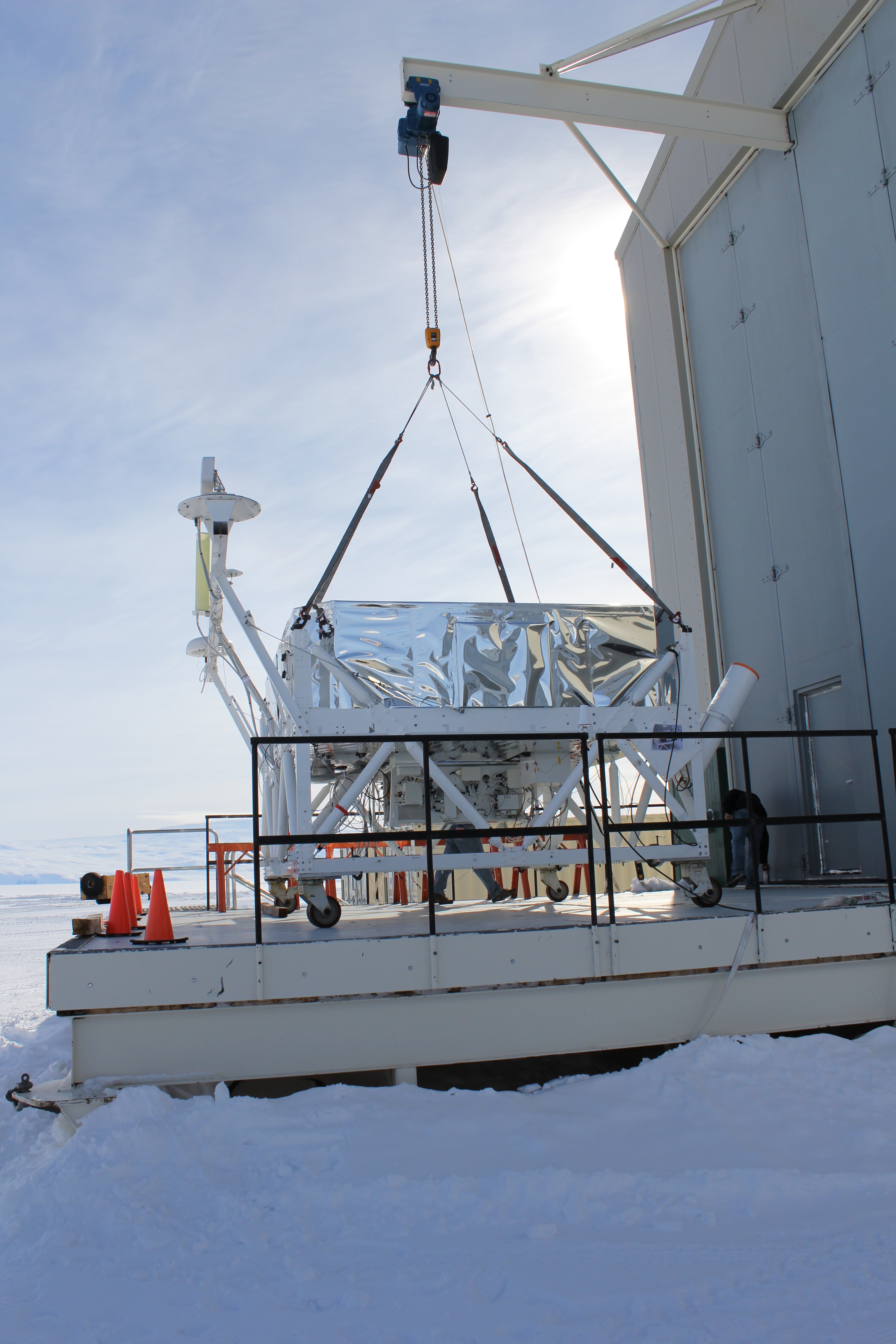 Download Options
SuperTIGER rests on the deck of Payload Building 2 at McMurdo Station, Antarctica, during communications tests on Dec. 1, 2017, in preparation for its second flight.