Released on February 21, 2017
Download Options
NASA's Fermi telescope has detected a gamma-ray excess at the center of the Andromeda Galaxy that's similar to a signature Fermi previously detected at the center of our own Milky Way. Watch to learn more. 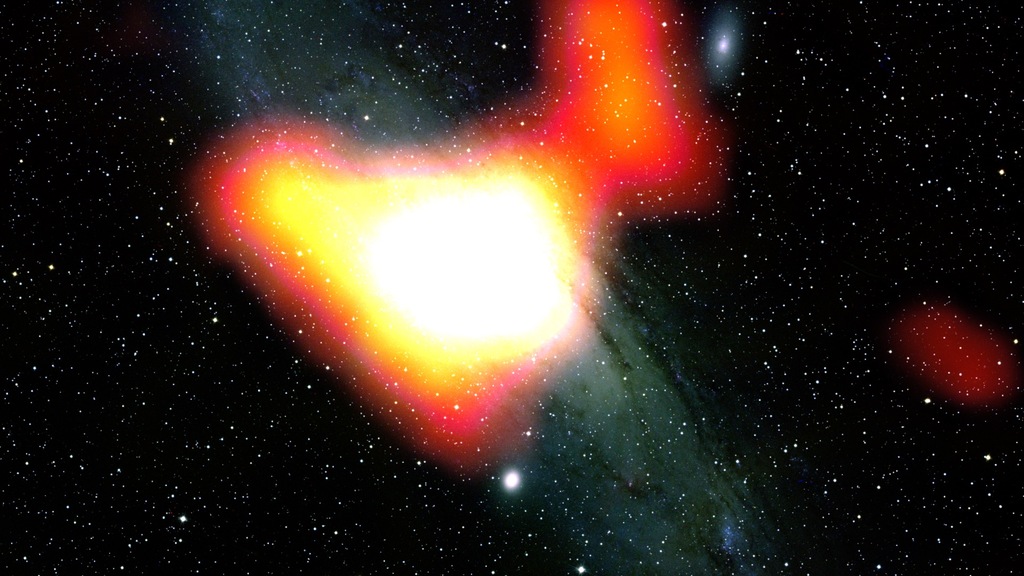 Download Options
The gamma-ray excess (shown in yellow-white) at the heart of M31 hints at unexpected goings-on in the galaxy's central region. Scientists think the signal could be produced by a variety of processes, including a population of pulsars or even dark matter.