Released on January 30, 2017
Download Options
NASA's Fermi Gamma-ray Space Telescope has discovered the five most distant gamma-ray blazars yet known. The light detected by Fermi left these galaxies by the time the universe was two billion years old. Two of these galaxies harbor billion-solar-mass black holes that challenge current ideas about how quickly such monsters could grow. 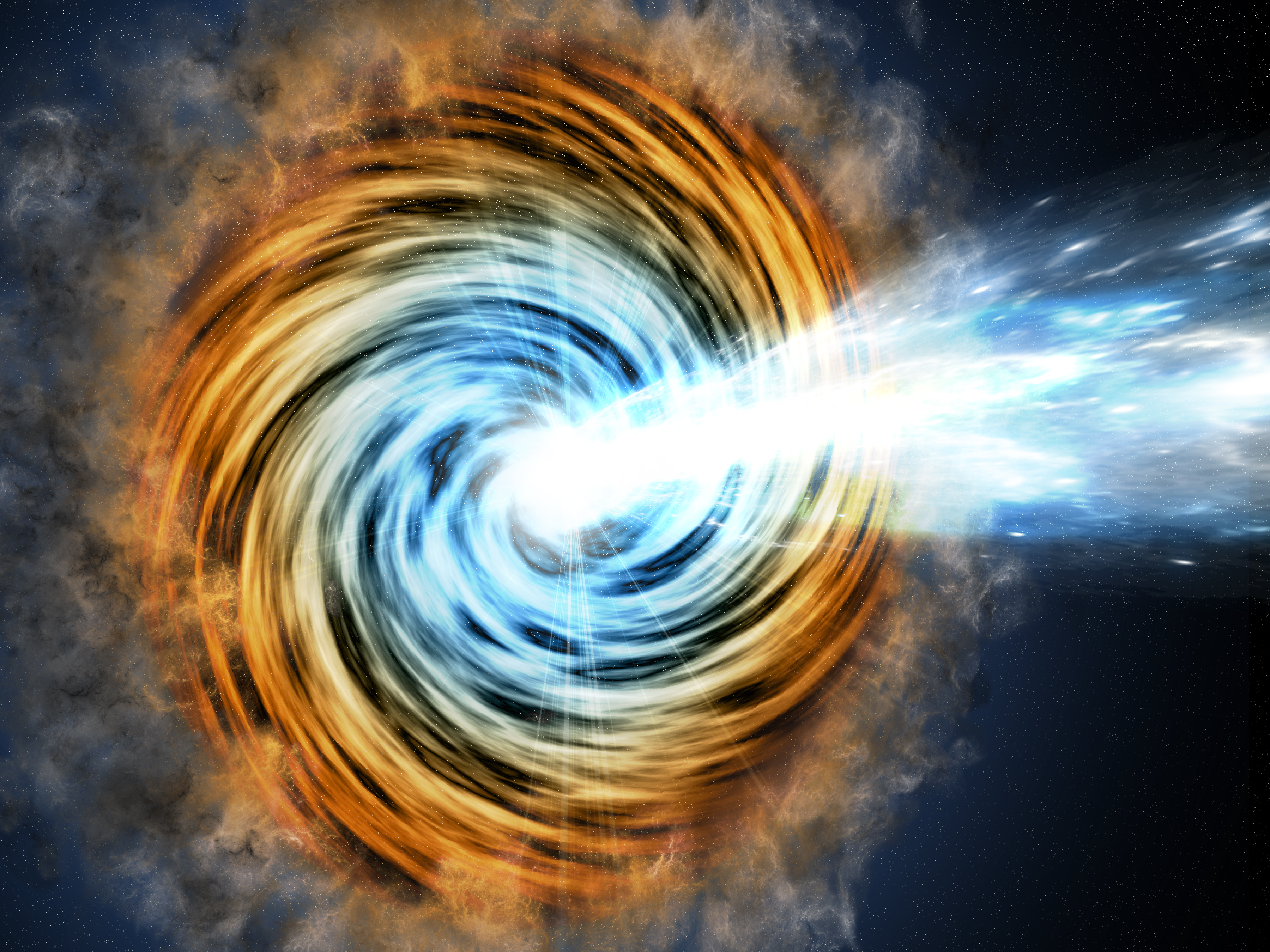 Download Options
Black-hole-powered galaxies called blazars are the most common sources detected by NASA's Fermi. As matter falls toward the supermassive black hole at the galaxy's center, some of it is accelerated outward at nearly the speed of light along jets pointed in opposite directions. When one of the jets happens to be aimed in the direction of Earth, as illustrated here, the galaxy appears especially bright and is classified as a blazar.