Released on December 15, 2016
Download Options
A new statistical study of planets found by the gravitational microlensing technique suggests that Neptune-mass planets may be the most common worlds in the outer reaches of planetary systems. 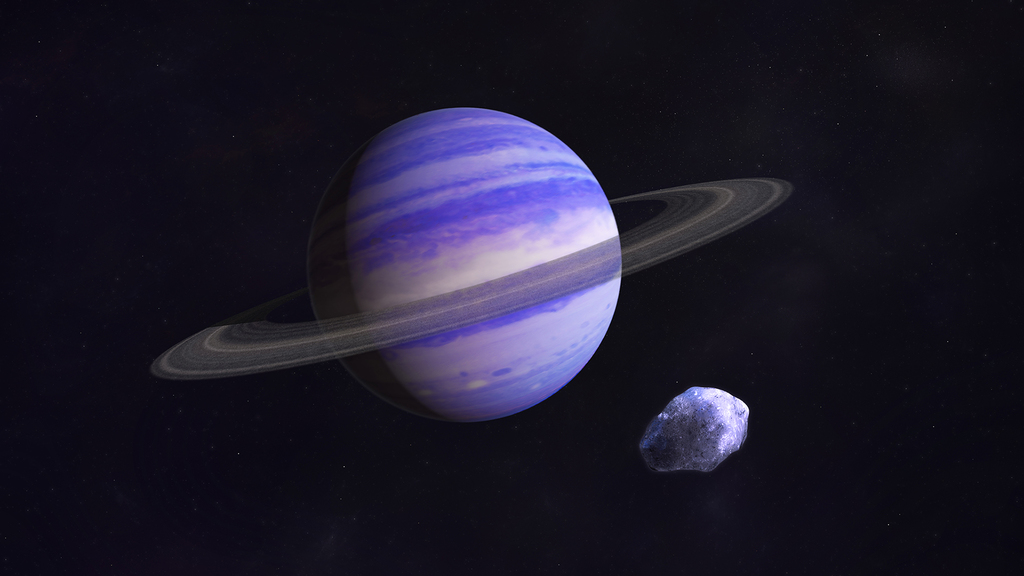 Download Options
Neptune-mass exoplanets like the one shown in this artist's rendering may be the most common in the icy regions of planetary systems. Beyond a certain distance from a young star, water and other substances remain frozen, leading to an abundant population of icy objects that can collide and form the cores of new planets. In the foreground, an icy body left over from this period drifts past the planet. 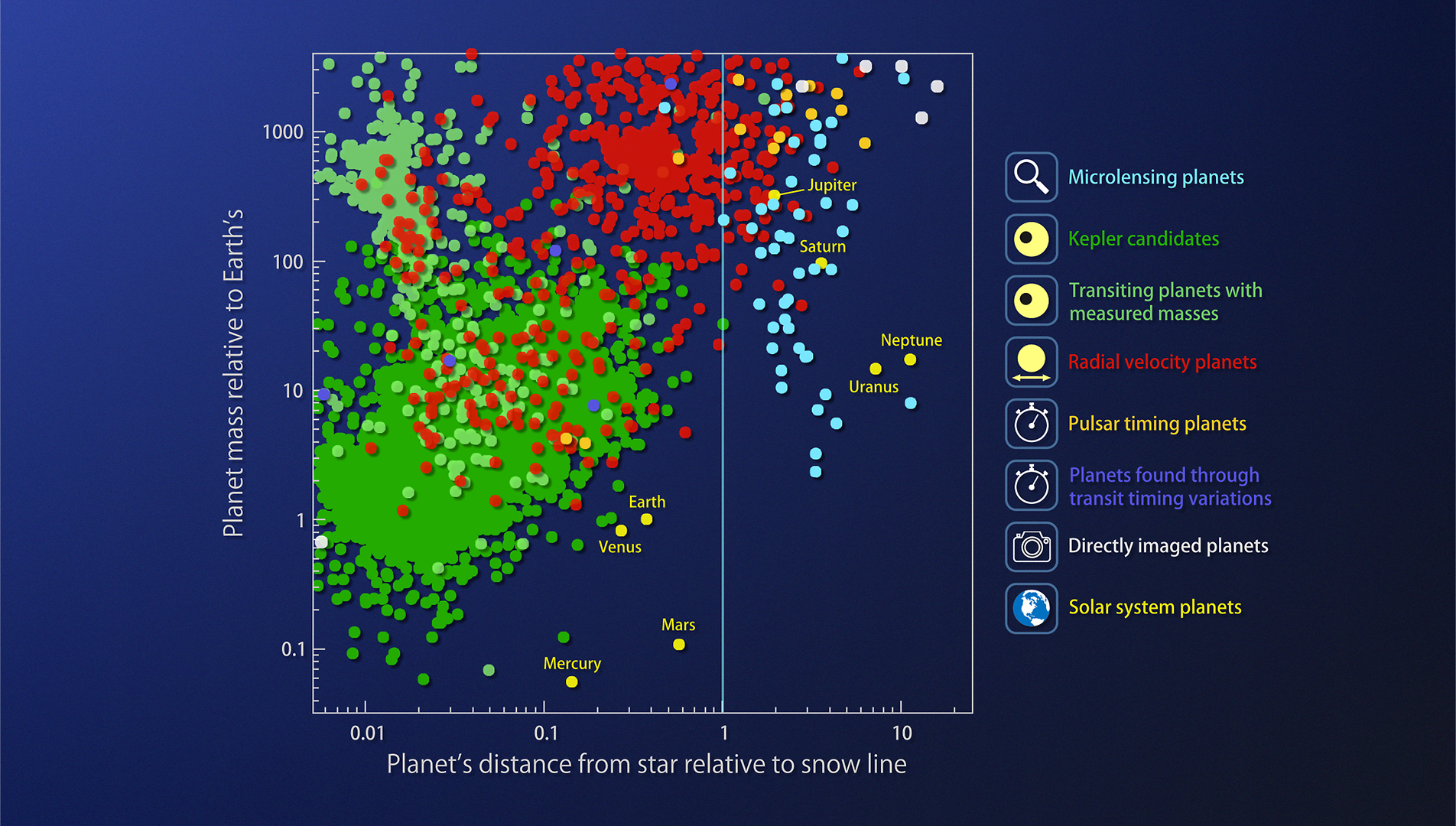 Download Options
This graph plots 4,769 exoplanets and planet candidates according to their masses and relative distances from the snow line, the point where water and other materials freeze solid (vertical cyan line). Gravitational microlensing is particularly sensitive to planets in this region. Planets are shaded according to the discovery technique listed at right. Masses for unconfirmed planetary candidates from NASA's Kepler mission are calculated based on their sizes. For comparison, the graph also includes the planets of our solar system.