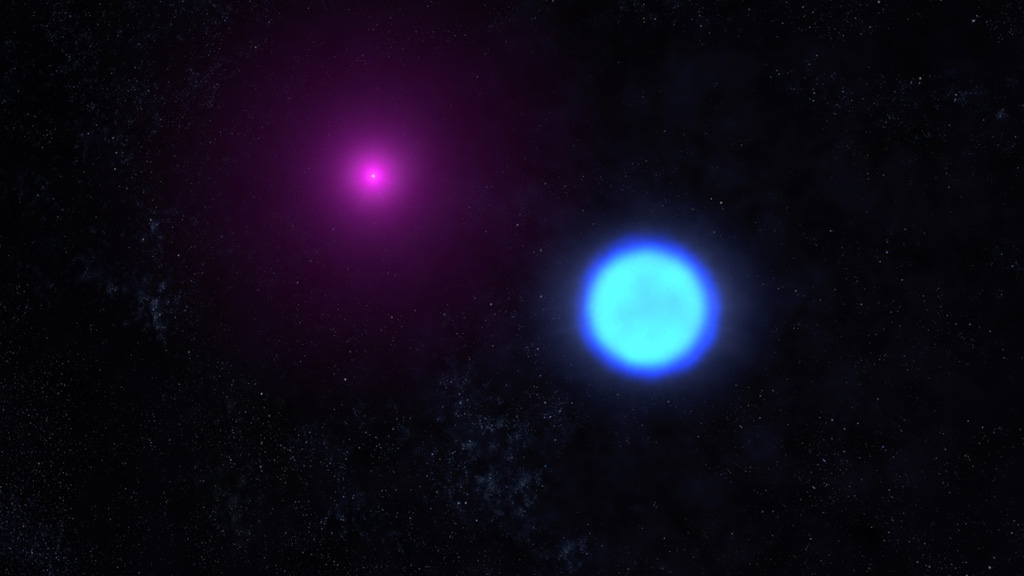 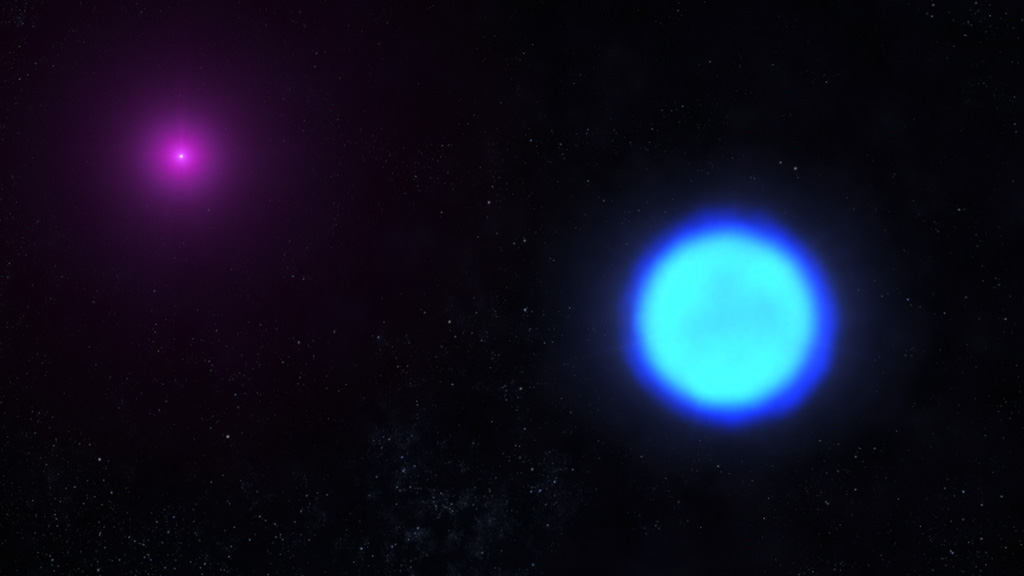 Download
LMC P3 is composed of a hot, young star (blue) many times the sun's mass and what scientists think is a neutron star (magenta). 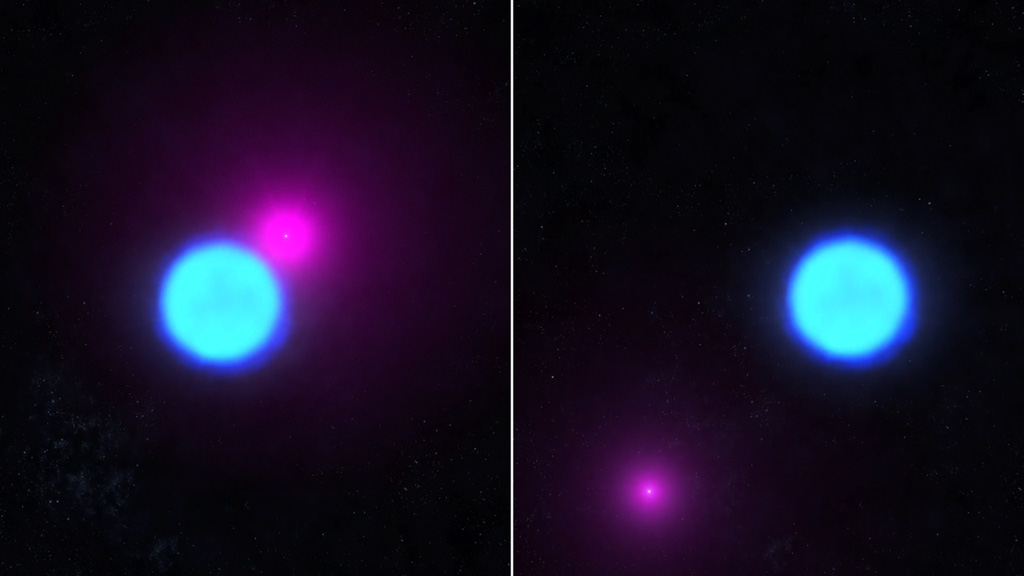 Download
Fermi sees more gamma rays when the companion passes the star on the far side of its orbit (left) than when it’s on the near side (right). 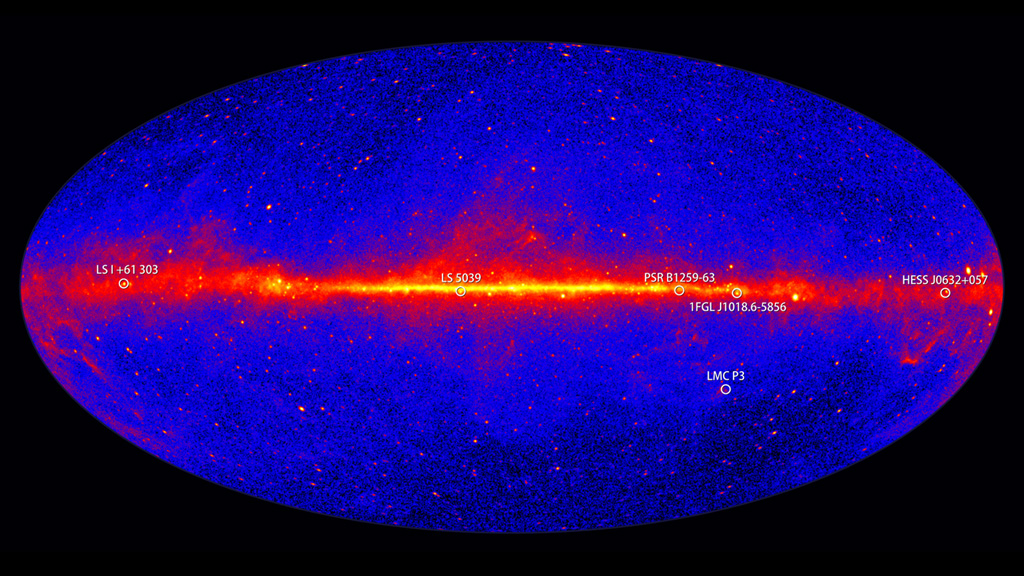 Download
This map of the entire gamma-ray sky shows the location of LMC P3 and known gamma-ray binary systems in our Milky Way galaxy. 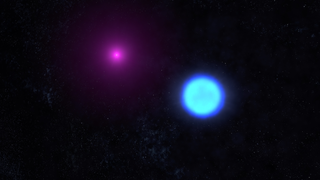