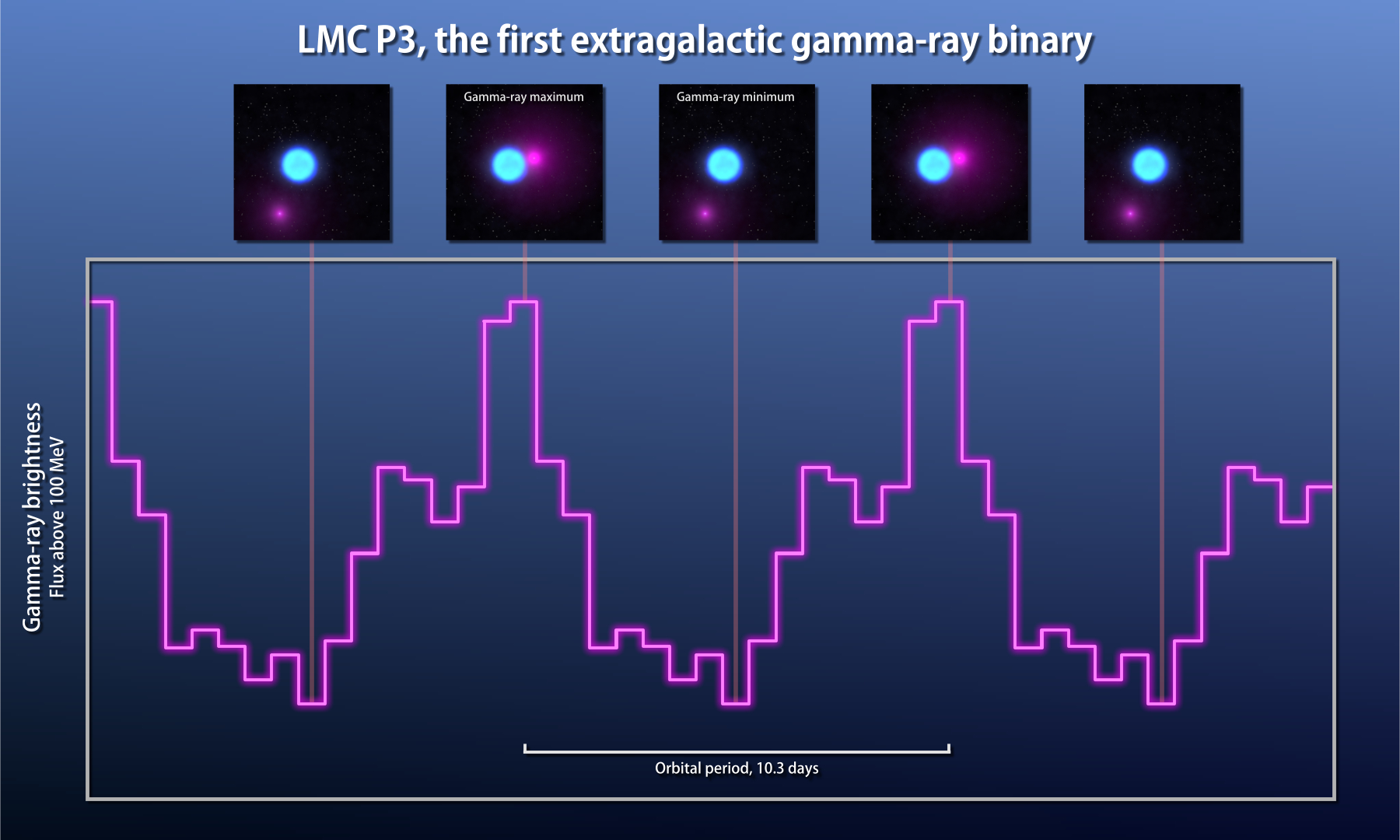 Download Options
Observations from Fermi's Large Area Telescope (magenta line) show that gamma rays from LMC P3 rise and fall over the course of 10.3 days. The companion is thought to be a neutron star. Illustrations across the top show how the changing position of the neutron star relates to the gamma-ray cycle. 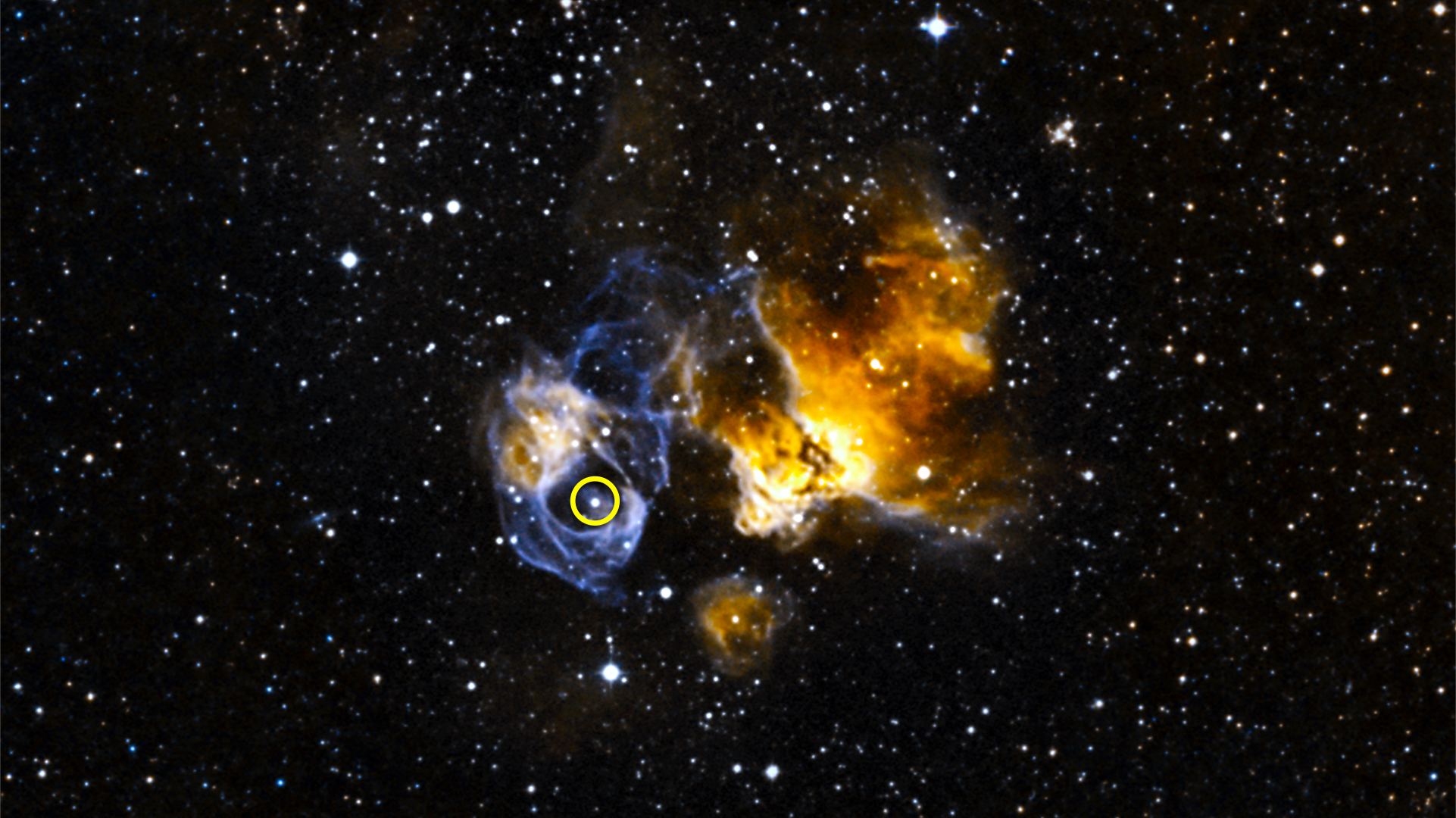 Download Options
LMC P3 (circled) is located in a supernova remnant called DEM L241 in the Large Magellanic Cloud, a small galaxy about 163,000 light-years away. The system is the first gamma-ray binary discovered in another galaxy and is the most luminous known in gamma rays, X-rays, radio waves and visible light. 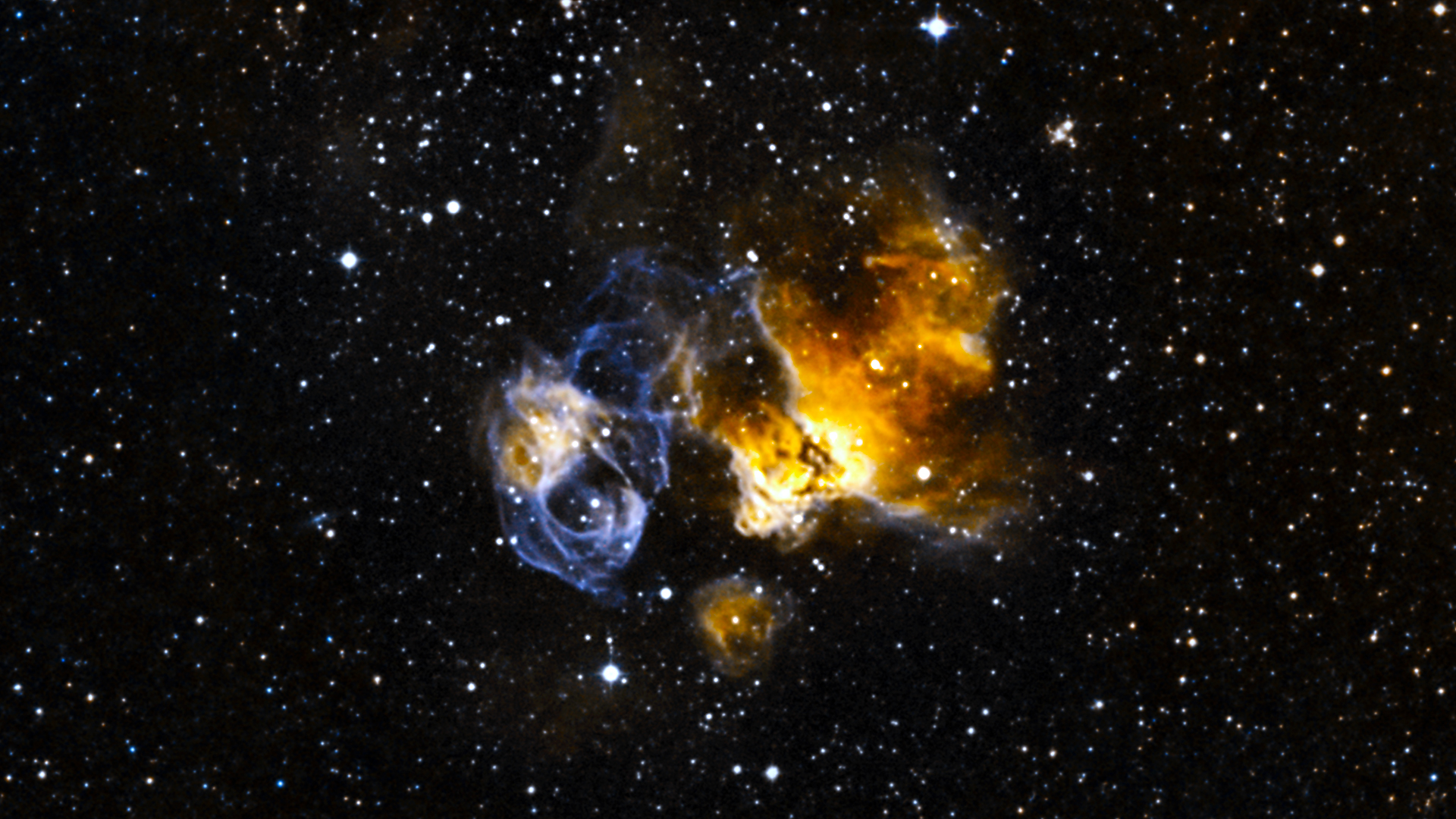 Download Options
An unannotated version of the image above. 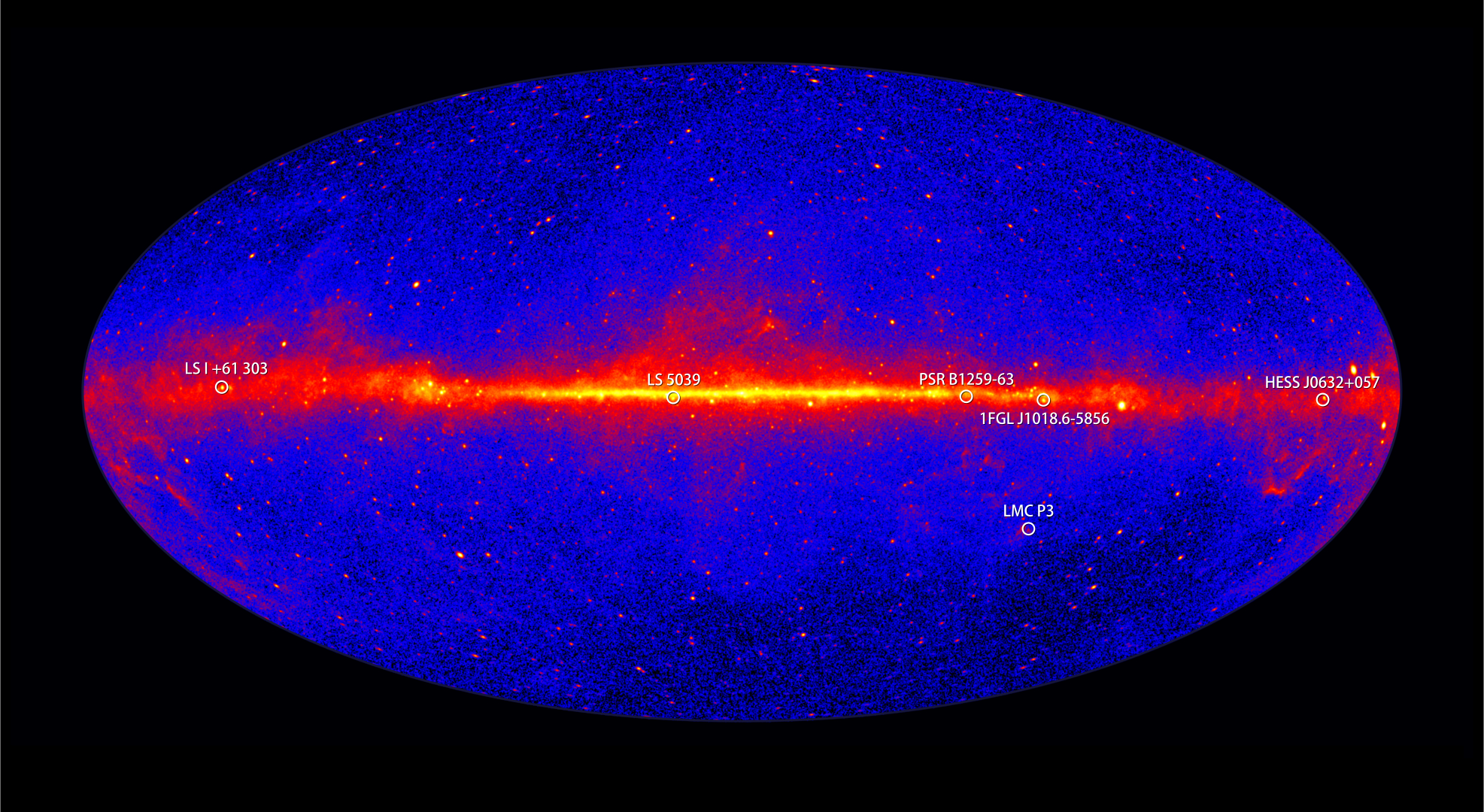 Download Options
This map, produced using seven years of data from Fermi's Large Area Telescope, shows the entire sky in gamma rays and locates all known gamma-ray binary systems. Fermi has detected five of these binaries within our galaxy, the lone exception being HESS J0632+057. LMC P3 is the first gamma-ray binary found in a galaxy beyond our own. Brighter colors indicate greater numbers of gamma rays with energies above 1 billion electron volts (GeV). The central plane of our galaxy, the Milky Way, is the bright band running across the center. 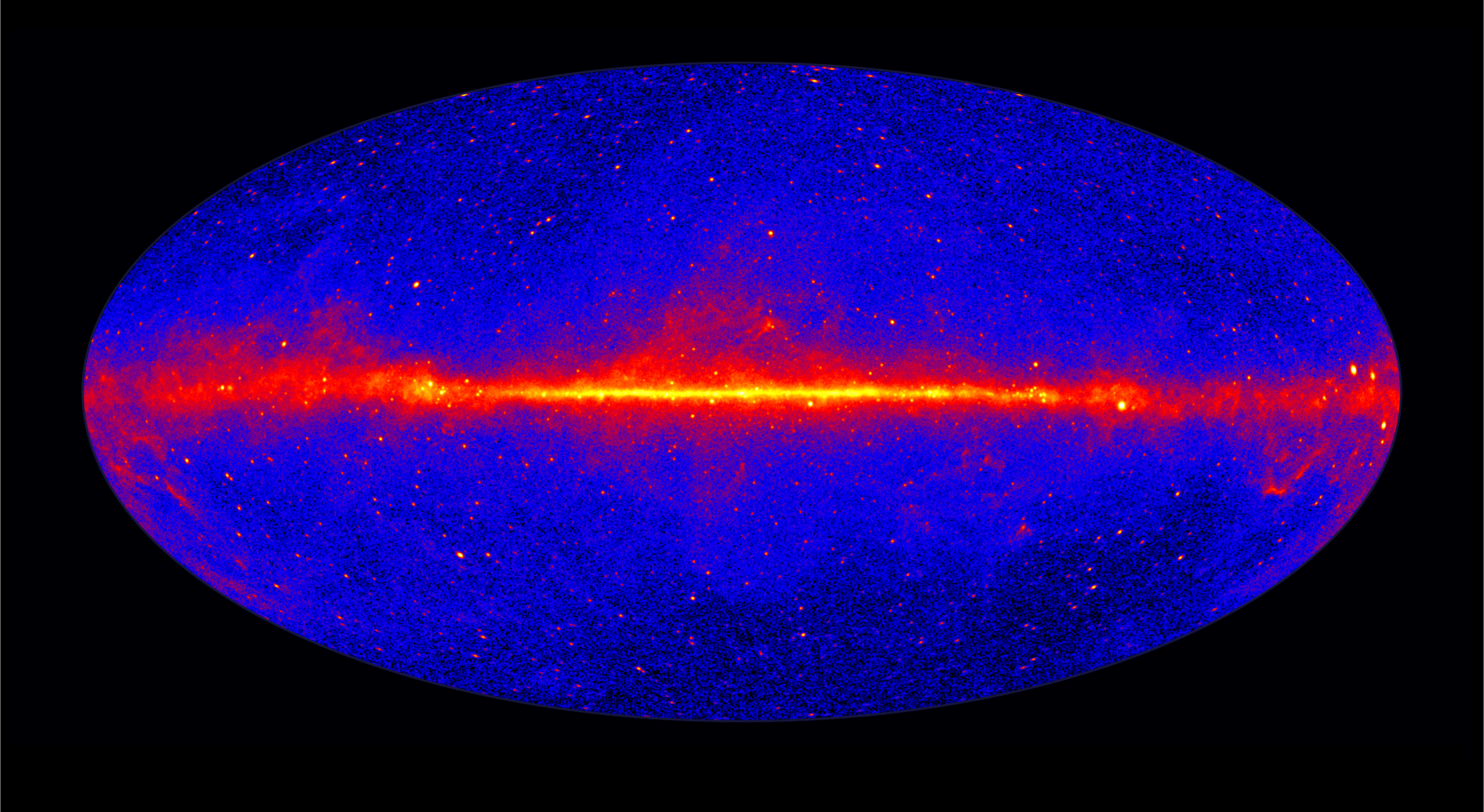 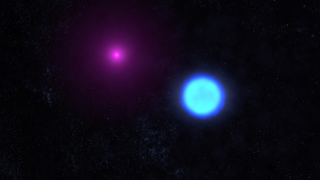