Released on May 31, 2016
Download Options
LEAD: Bonnie, the second tropical storm of the 2016 season, drenched parts of the Atlantic coast from Georgia to Rhode Island with up to 8 inches this past Memorial Day weekend. What’s ahead for the hurricane season of 2016?

1. Over the past 10 years there have been 69 Atlantic hurricanes but during that time no hurricanes of Category 3 or higher have hit the U.S. coastline. Such a string of lucky years is likely to happen only once in 270 years, according to a NASA study.

3. But what about this upcoming hurricane season? Statistical analysis indicates that for any given year there is a 40% chance of a Category 3 or higher hurricane landing across the U.S. coastline. 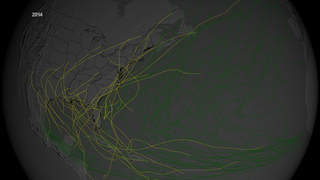 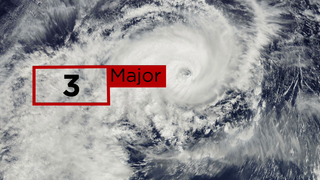