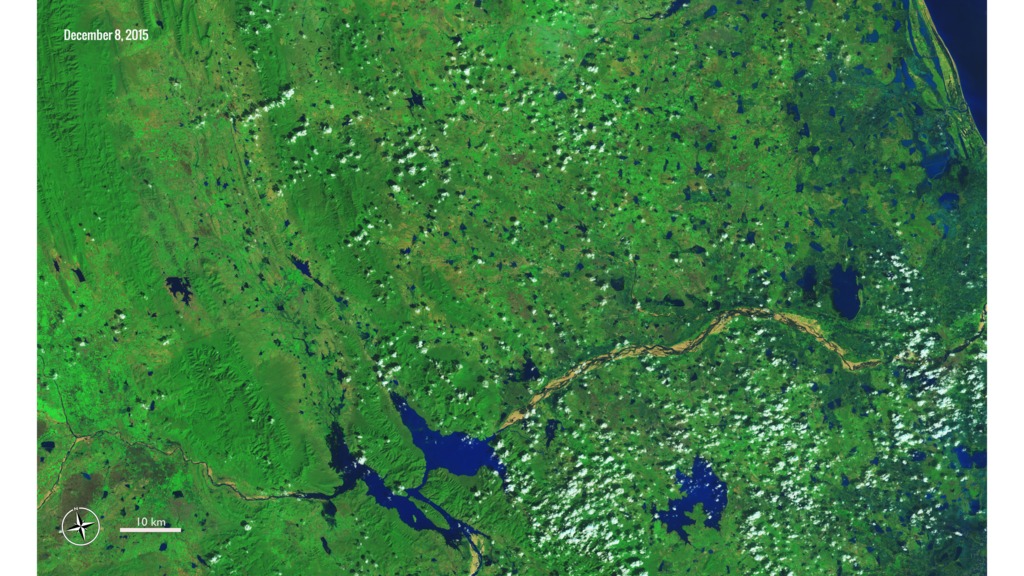 Download Options
False-color image, acquired on December 8, 2015, by the Operational Land Imager (OLI) on Landsat 8, showing the extent of flooding in southeastern India after a deluge of rain a week earlier. The Somasila Reservoir and other water bodies in the region are significantly expanded compared to the image from October 21, 2015. 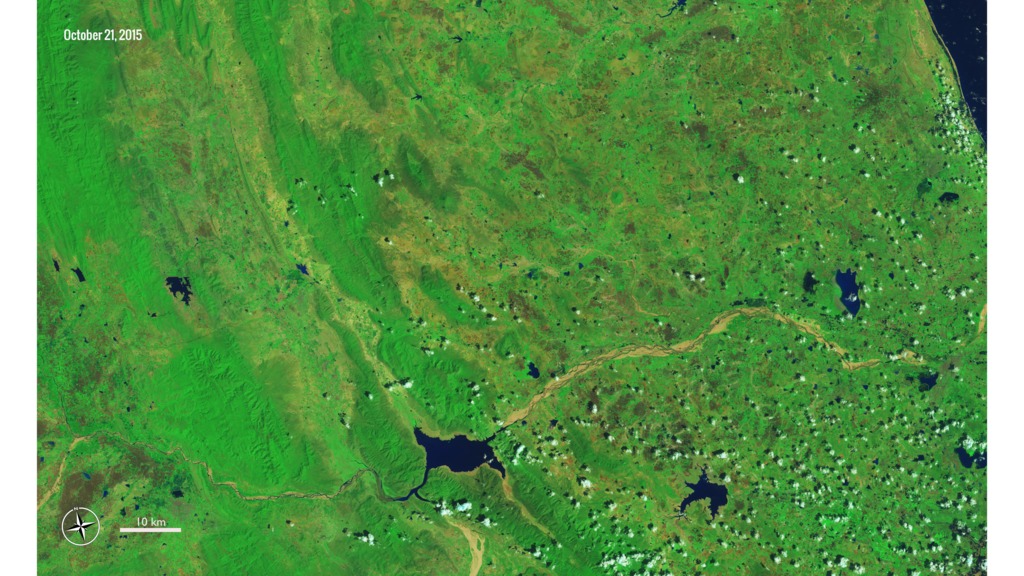 Download Options
False-color image, acquired on October 21, 2015, by the Operational Land Imager (OLI) on Landsat 8, showing the Somasila Reservoir and surrounding region.
Download Options
Animation of flood waters in southeastern India, near Chennai, sliding between an October 21, 2015, image and a December 8, 2015, image. Both are from the Operational Land Imager on the NASA/USGS Landsat 8 satellite.

Please give credit for this item to:
NASA Earth Observatory images by Joshua Stevens, using Landsat data from the U.S. Geological Survey. Caption by Kathryn Hansen.

This item is part of these series:
Geophysical Changes Over Time
Landsat