Released on January 14, 2015
Download Options
LEAD: After a weekend launch (Saturday, January 10, 2015), NASA’s new climate science instrument called CATS will be installed on the exterior of the International Space Station on Friday, January 16, 2015.

1. NASA laser instrument, called CATS, will help determine details of how tiny particles in the atmosphere warm and cool the earth.

2. On average, airborne particles and clouds reflect about a quarter of the sun’s incoming energy which helps cool the earth.

3. But the swirling layers of dust, smoke, sea salt, and sulfates can also absorb energy and hold in the earth’s heat.

TAG: CATS will help scientists add up those different effects on the earth’s long-term climate. 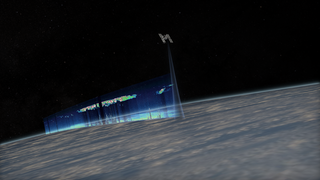