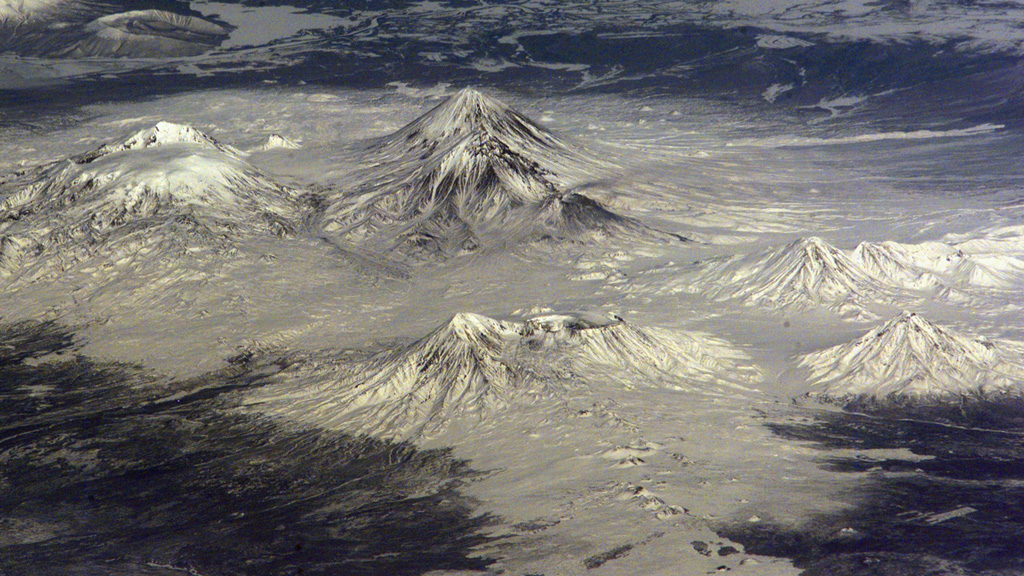 Download Options
Along the Pacific Ring of Fire, Kamchatka is home to more than 300 volcanoes, 29 of them active.
Download Options
Five erupting volcanoes are highlighted in this video. From north to south, they are: Shiveluch, Bezymianny, Kizimen, Karymsky, and Zhupanovsky. 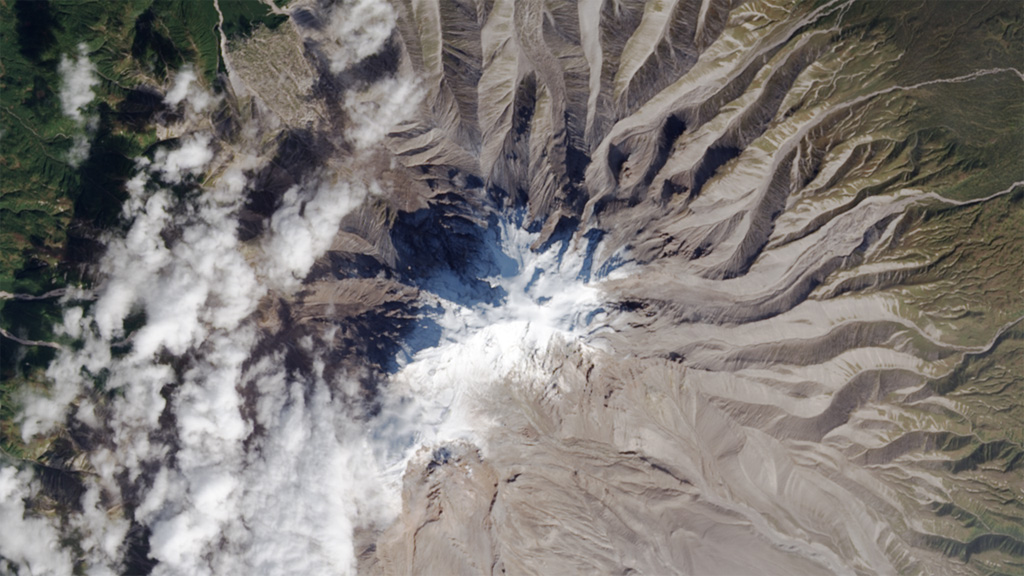 Download Options
Shiveluch is one of the largest and most active Kamchatkan volcanoes. It has been spewing ash and steam intermittently for a decade. 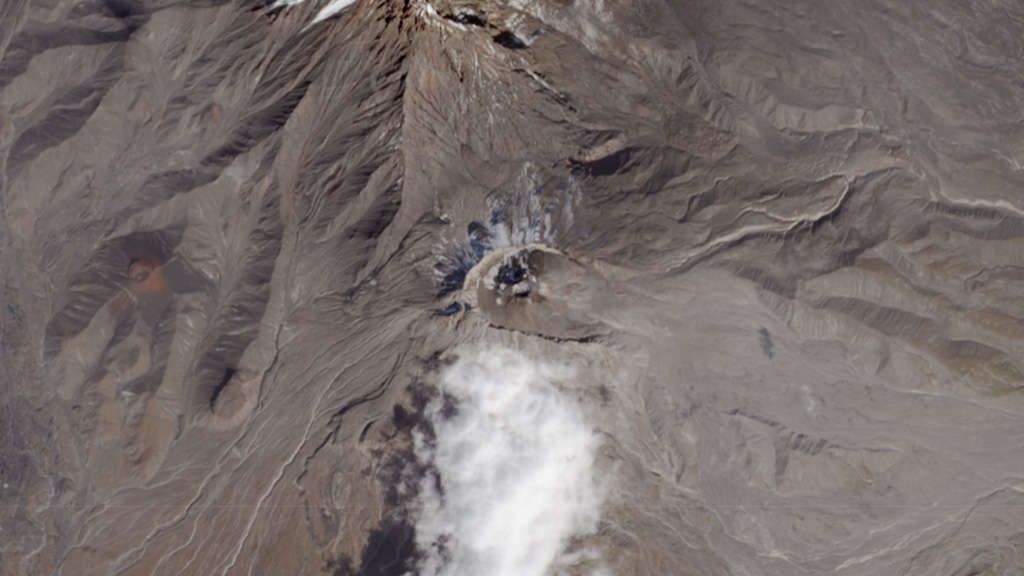 Download Options
Once thought to be dormant, Bezymianny roared to life in 1955. A lava dome has grown recently, punctuated by eruptions in 2010 and 2012. 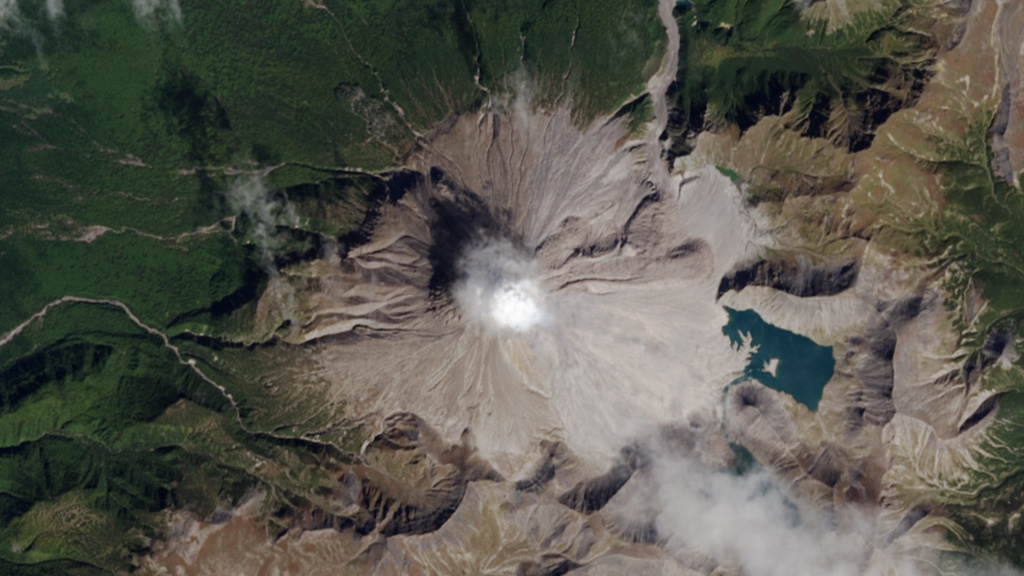 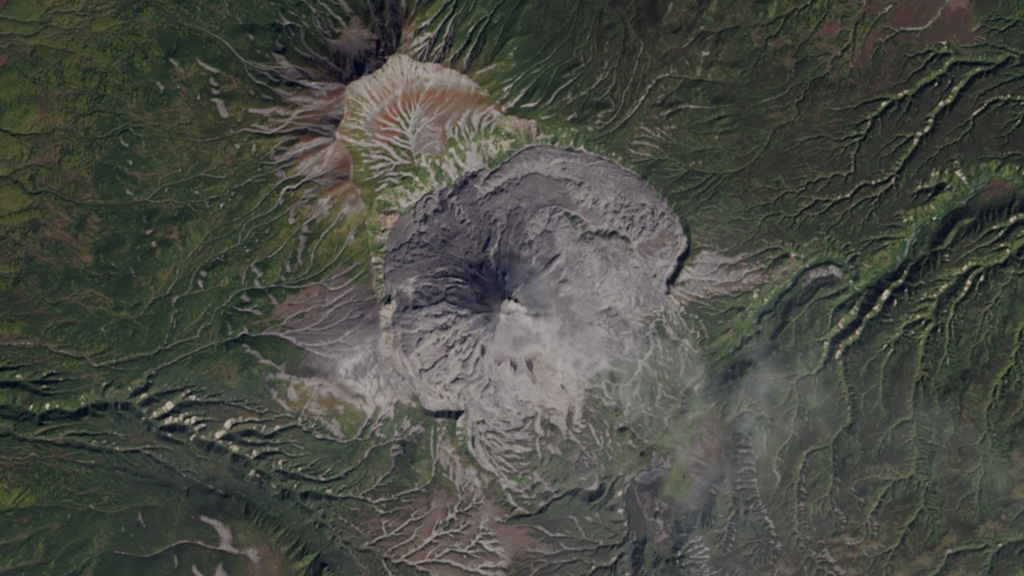 Download Options
Karymsky is a stratovolcano and the most active on the Peninsula. It has been erupting steadily since 1996 and sporadically for at least 200 years. 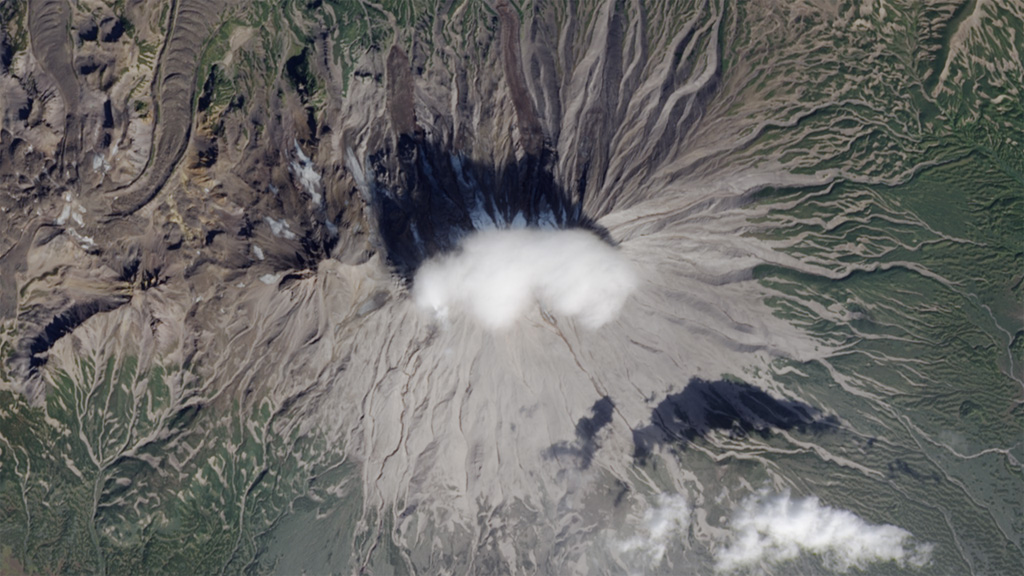 Download Options
Zhupanovsky is known for phreatic eruptions, caused by the nearly instantaneous vaporization of water by hot material below the surface.