Fermi Reveals Novae As A New Class
Of Gamma-ray Sources 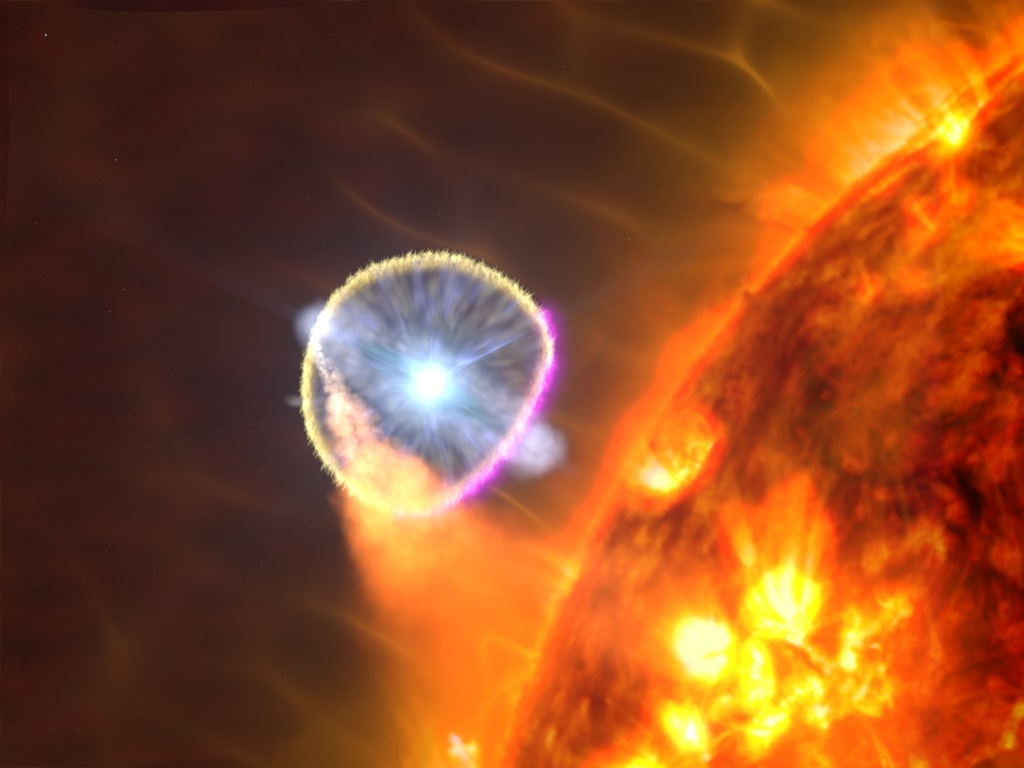 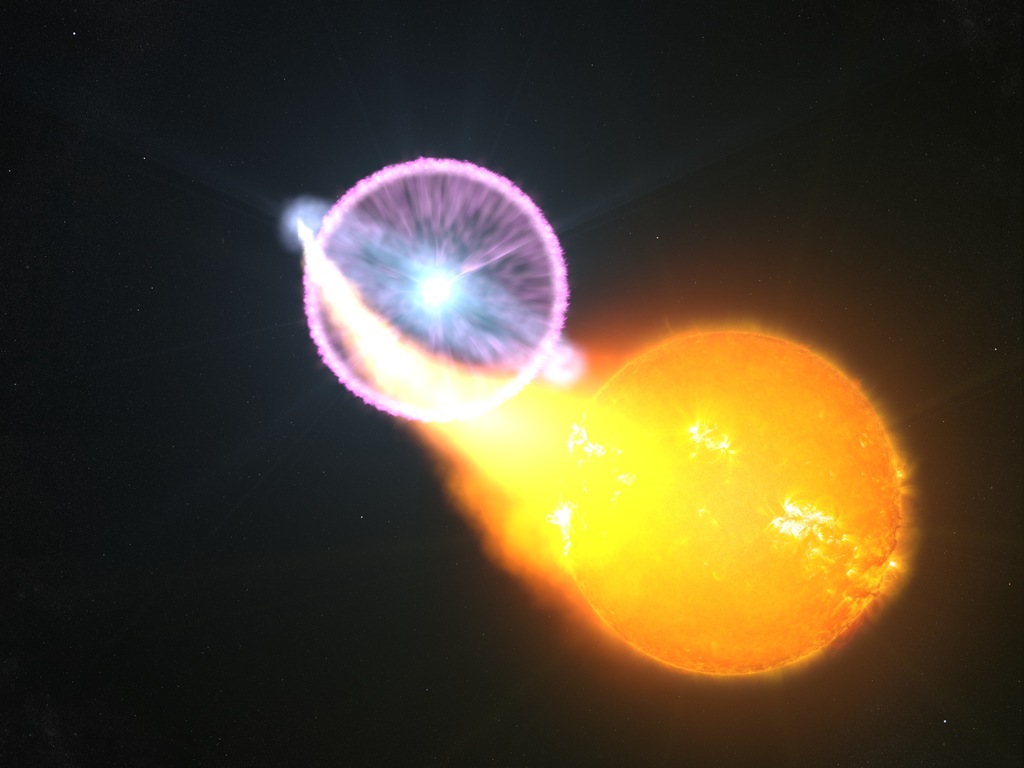 Download Options
Novae typically originate in binary systems containing sun-like stars, as shown in this artist's rendering. A nova in a system like this likely produces gamma rays (magenta) through collisions among multiple shock waves in the rapidly expanding shell of debris. 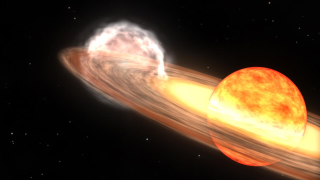