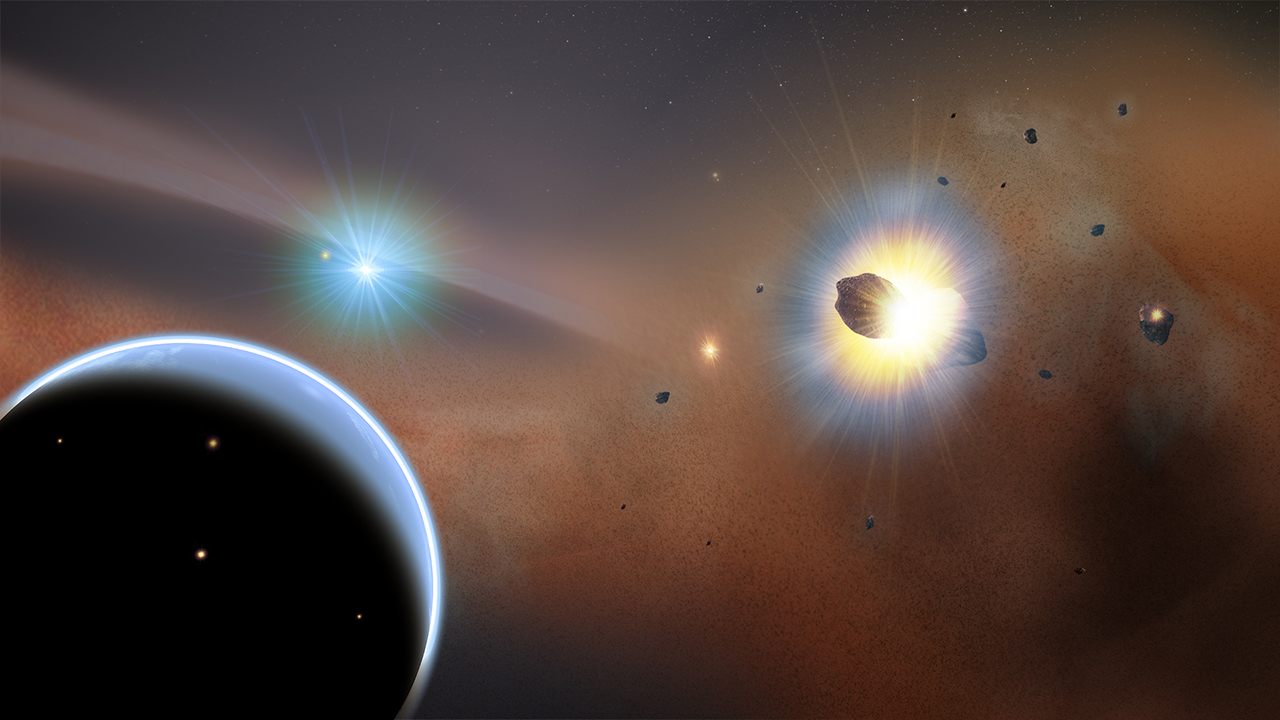 Download Options
This artist's concept illustrates the preferred model for explaining ALMA observations of Beta Pictoris. At the outer fringes of the system, the gravitational influence of a hypothetical giant planet (bottom left) captures comets into a dense, massive swarm (right) where frequent collisions occur. The one planet known in the system, Beta Pictoris b, is shown near the star. 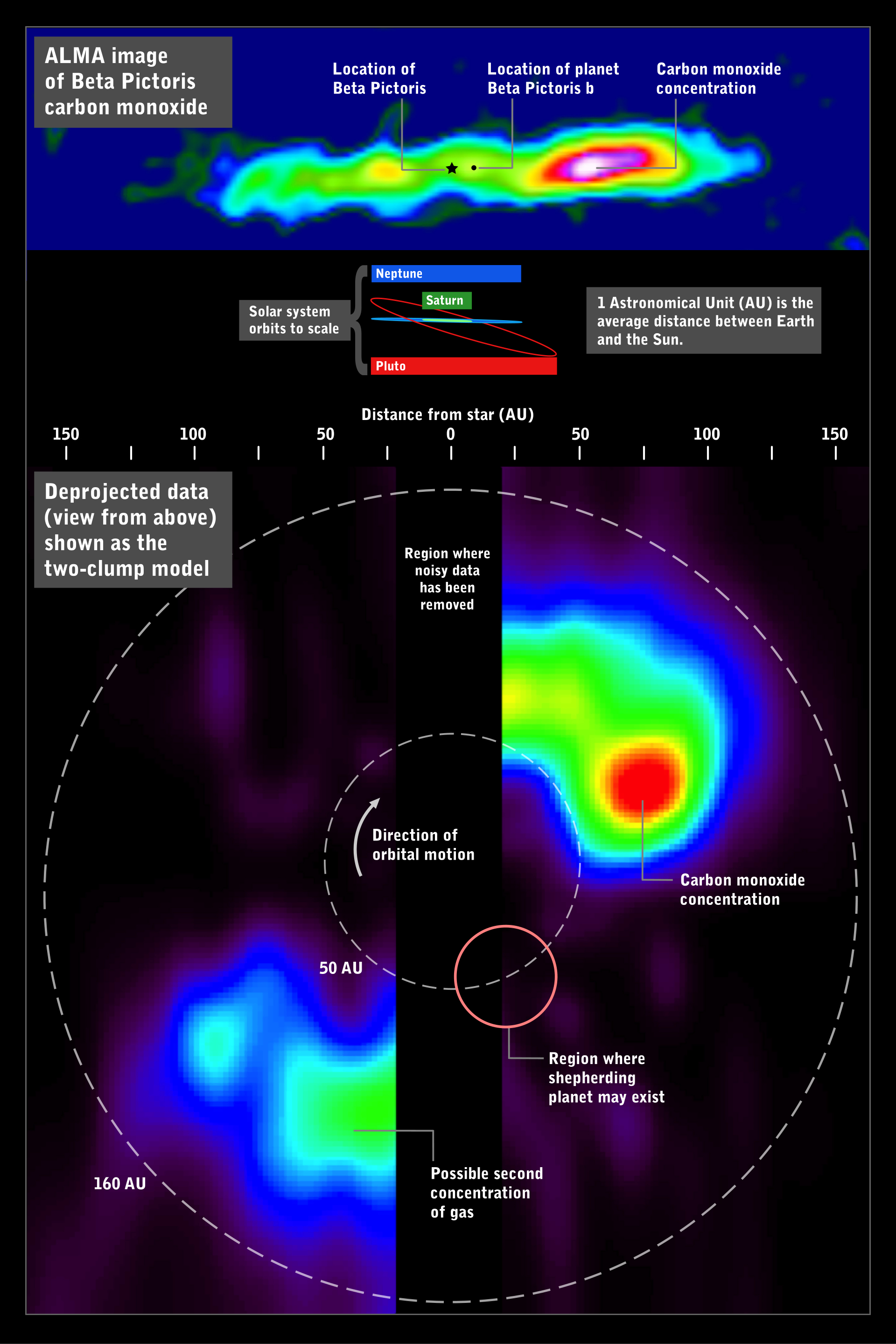 Download Options
The ALMA image of carbon monoxide around Beta Pictoris (above) can be deprojected (below) to simulate a view looking down on the system, revealing the large concentration of gas in its outer reaches. The middle panel shows orbits within the solar system to scale. 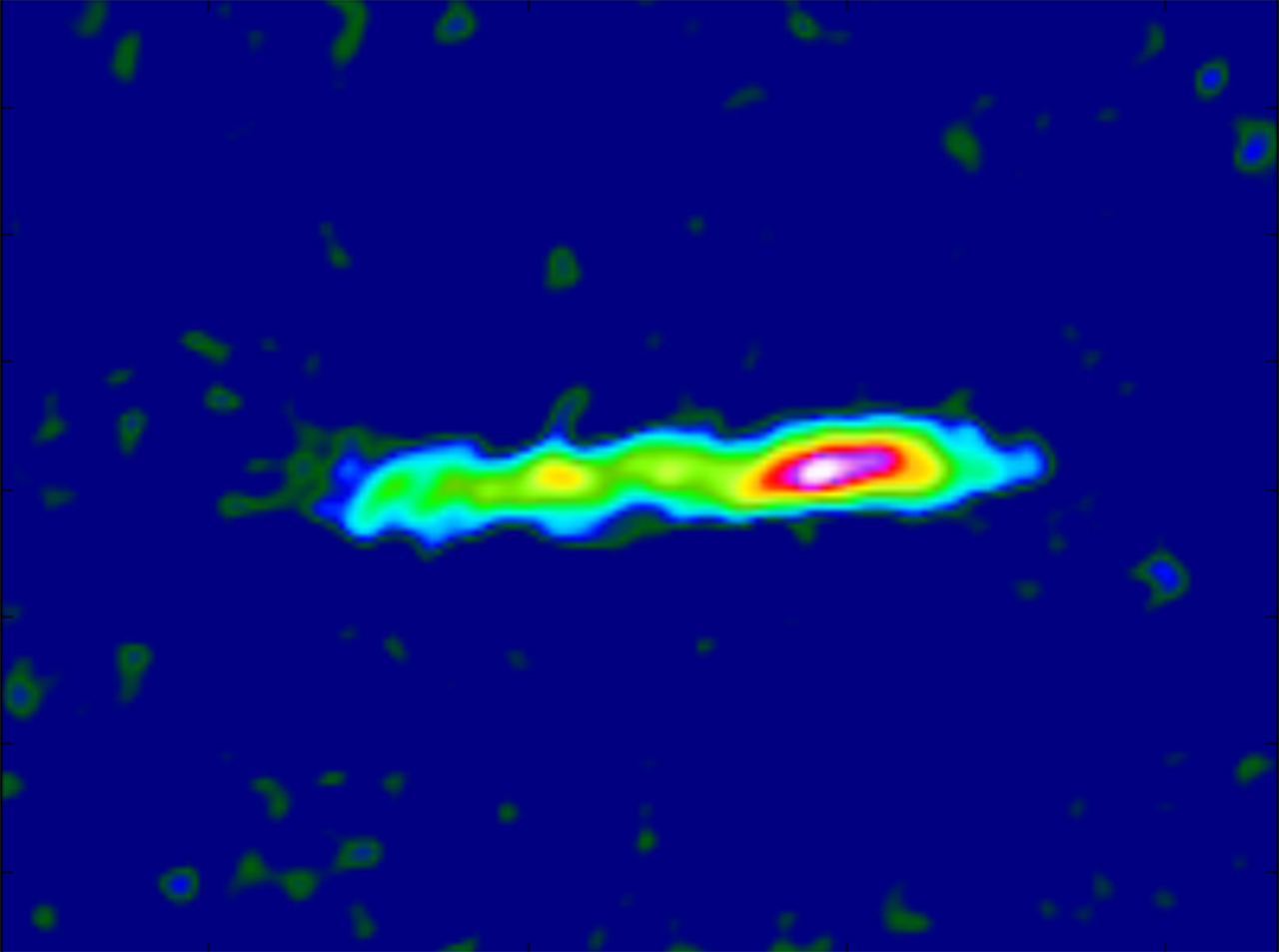 Download Options
This ALMA image of carbon monoxide around Beta Pictoris shows the total emission from the J=3-2 rotational transition of the CO molecule, with a rest frequency of 345.796 gigahertz. The white region shows the location of the brightest emission. No labels. 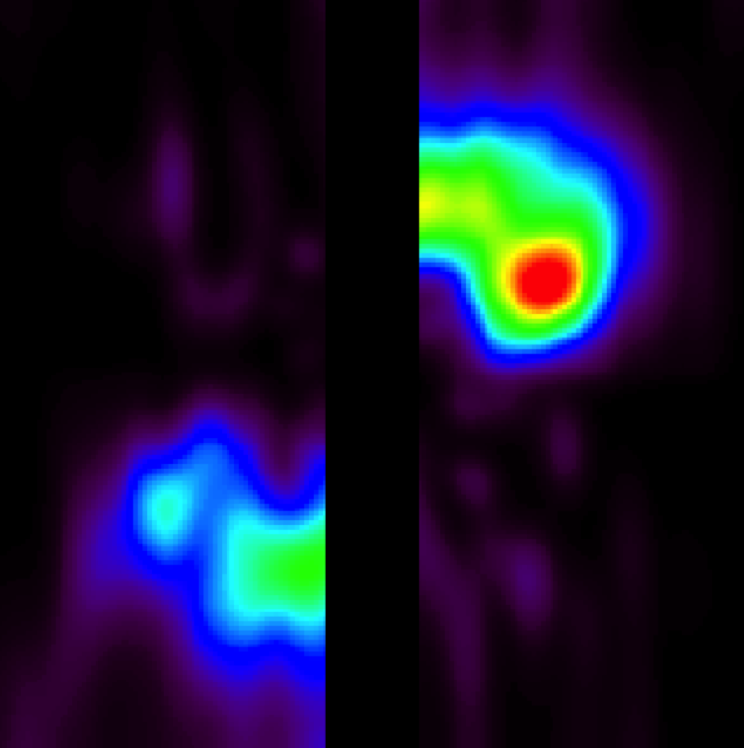 Download Options
The deprojected ALMA image of carbon monoxide around Beta Pictoris, simulating a view looking down on the system, revealing the large concentration of gas in its outer reaches. No labels.

Download Options
This sequence compares the dust and gas in the Beta Pictoris disk. The contours show dust emission observed by ALMA and moving colors within the contours depict gas traveling at different velocities. It starts with gas in the upper left moving away from us and ends with gas in the lower right of the image that is moving toward us. This shift in velocity shows that the gas must be in orbit around the star. 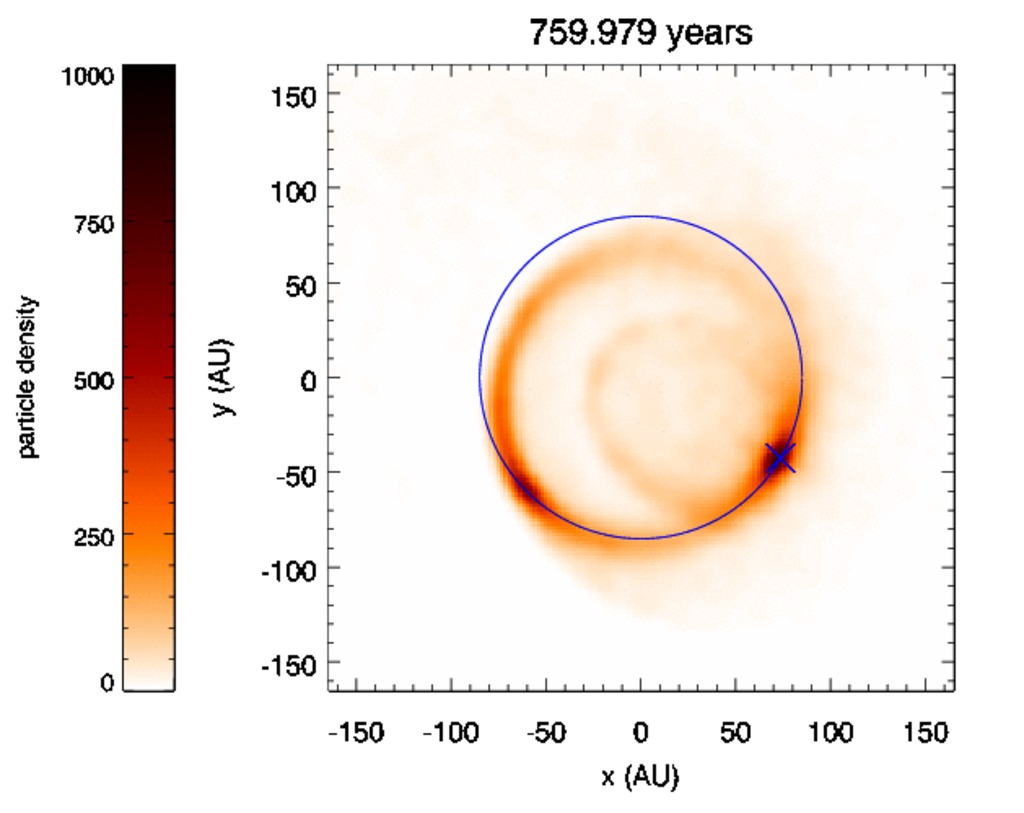 Download Options
This animation models the dust produced by a planetary-scale impact involving a Mars-sized body, which is one possible explanation of the gas clump in the Beta Pictoris debris disk. The initial impact places a large amount of debris into orbit around the star, which mostly follows the orbit of the original body (blue circle). After a few thousand years, this has settled into an asymmetric disk with a bright spot at the location of the original impact (blue cross). Collisions between the debris are enhanced at the location of the bright spot, which persists for at least 100,000 years.

Download Options
This sequence compares images of Beta Pictoris as seen by Hubble in visible light and ALMA. In the optical image, light from the bright star must be blocked by a disk (circle at center) because it completely saturates the detector in this region. Outside the occulting disk lies an edge-on belt of the finest dust grains, smaller than 1 micron across. ALMA observes at submillimeter wavelengths, where the star is relatively faint compared to the disk of gas and millimeter-sized dust grains. The location of the star is shown by the asterisk, and the position of the known Jupiter-mass planet is indicated by the cross. The CO gas disk appears slightly inclined to the main disk plane, and the bright clump appears to the right of the star. This gas disk is much larger than our solar system. The source of the Hubble image is here.