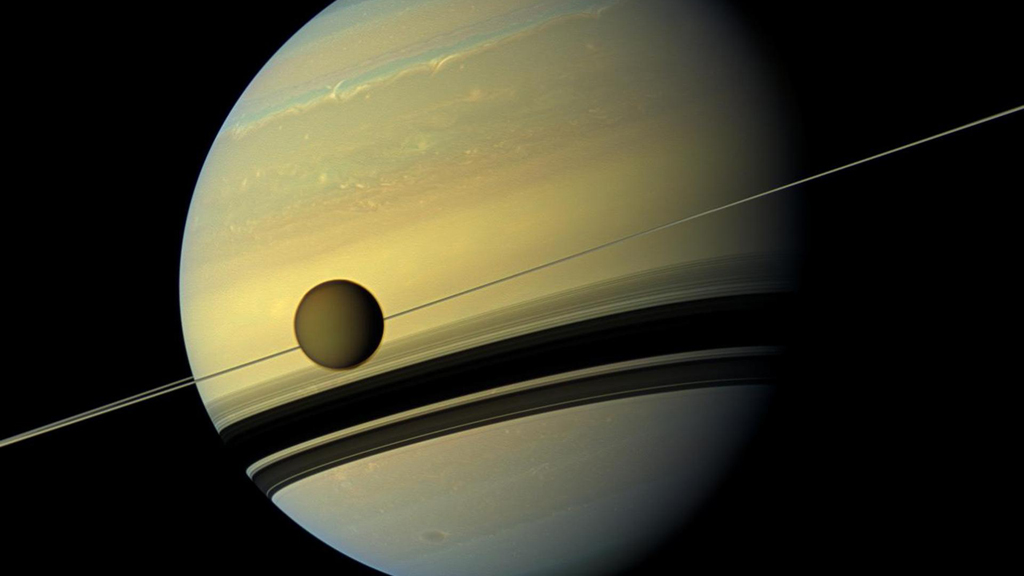 Download
Scientists explore why the pools of liquid on Saturn’s moon Titan are oddly smooth.
Download
Why are Titan's lakes without waves? Watch this narrated video to find out. 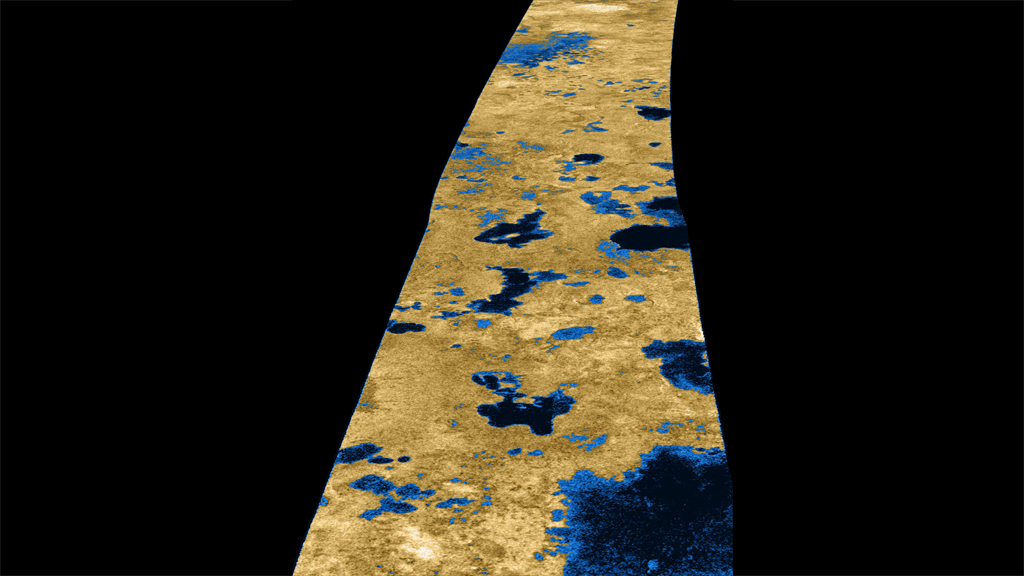 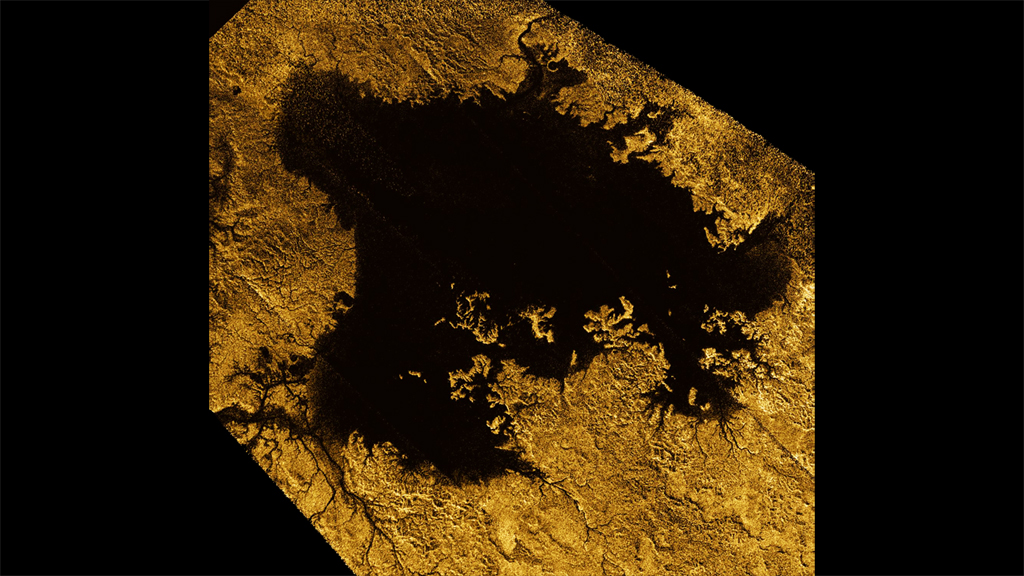 Download
Hydrocarbon rain that falls on Titan collects in lakes like Ligeia Mare, pictured, which is twice the size of Lake Superior. 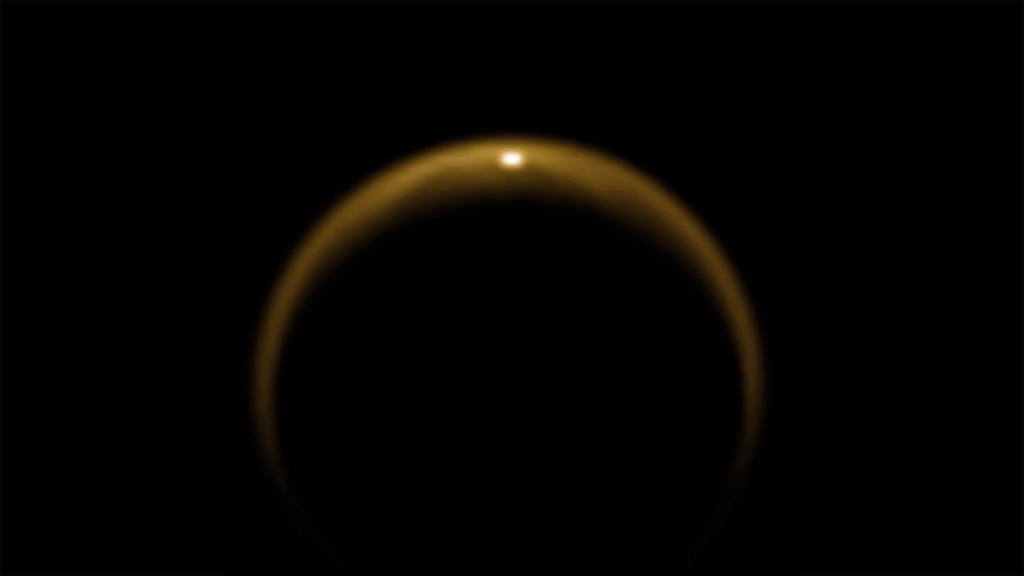 Download
The bright spot seen in this image is due to the reflection of sunlight off a lake at Titan's north pole.