Released on July 12, 2013
Download Options
Watch the changing dust density and the growth of structure in this simulated debris disk. Dust quickly collects into clumps and then forms arcs and rings, structures similar to what astronomers observe in actual debris disks. As the dust heats the gas, the gas pressure increases and changes the drag force experienced by the dust. This essentially herds the dust into clumps that grow into larger patterns. The panel at left shows the disk from an angle of 24 degrees; at right, the disk is face-on. Lighter colors indicate higher dust density. For clarity, the animation does not show light from the central star. The disk extends about 100 times the average distance between Earth and the sun (100 AU, or 9.3 billion miles), which is comparable to the outer edge of our solar system’s Kuiper Belt. 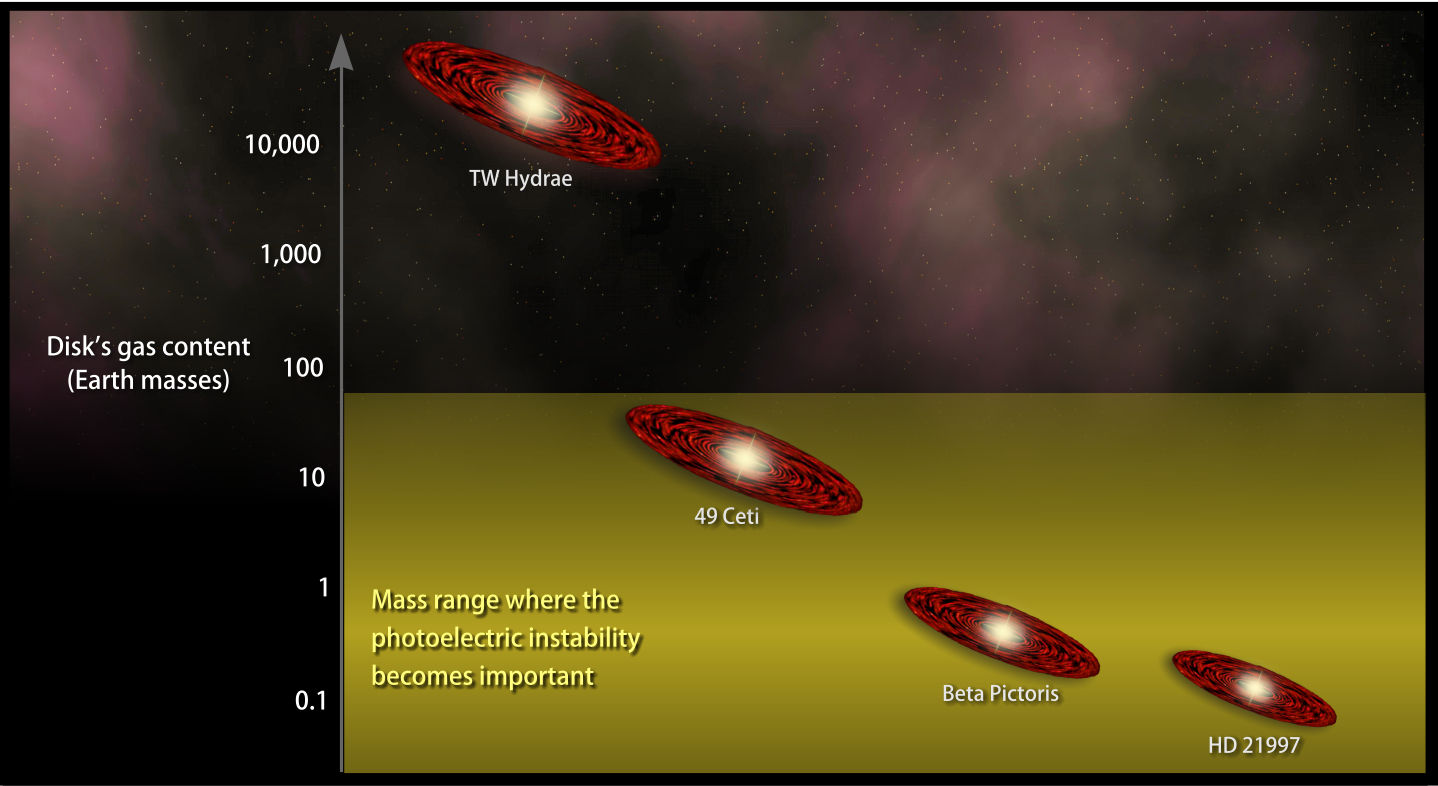 Download Options
This chart compares the gas mass for several debris disk systems and shows where the photoelectric instability is most important. Systems like TW Hydrae contain so much gas that the instability is suppressed, but it could arise in relatively gas-free regions near the center of the disk. 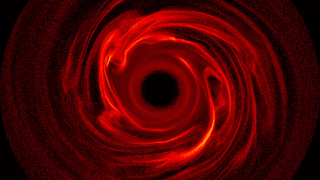 Please give credit for this item to:
NASA's Goddard Space Flight Center. However, individual elements should be credited as indicated above.