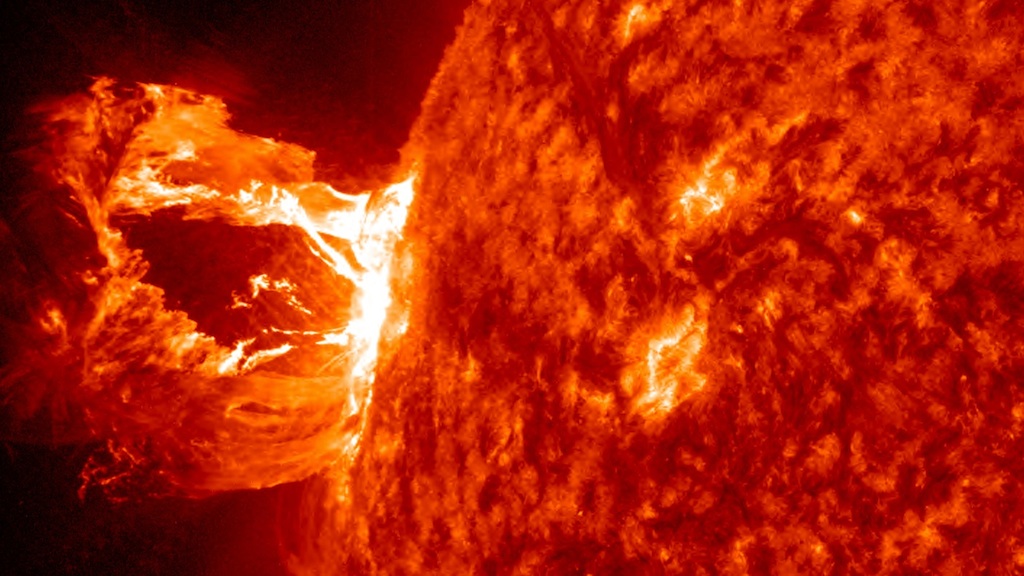 Download Options
Sunny with a chance of wild space weather.
Download Options
These images from NASA's Solar Dynamics Observatory (SDO) show the range of eruptions and solar flares that we will see more of in 2013. 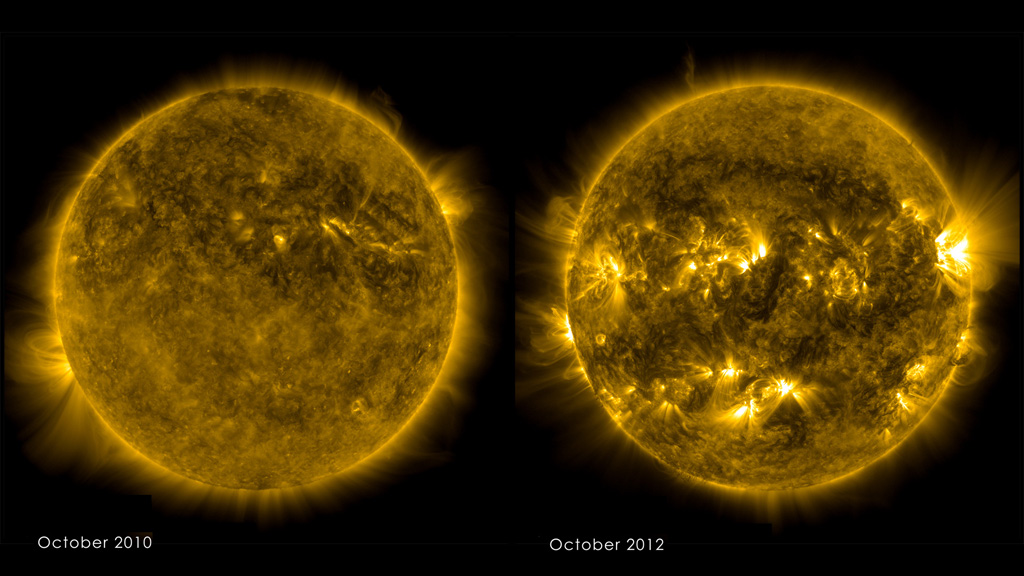 Download Options
The sun was calm in fall 2010 (left), but had cycled toward solar maximum and a more active and varied solar atmosphere by fall 2012 (right). 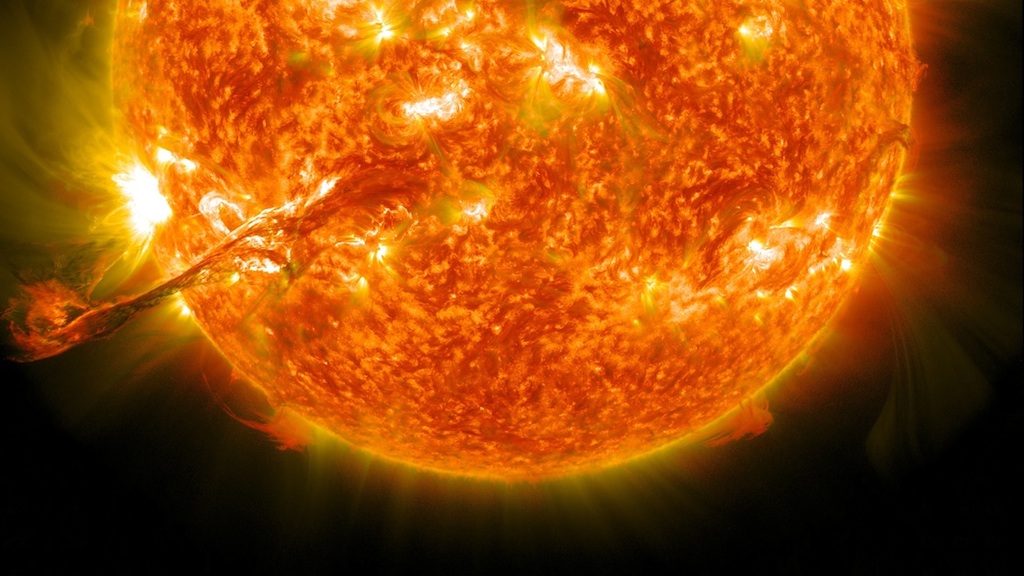 Download Options
Two wavelengths were blended in one image to create this SDO view of a large solar eruption in Aug. 2012. 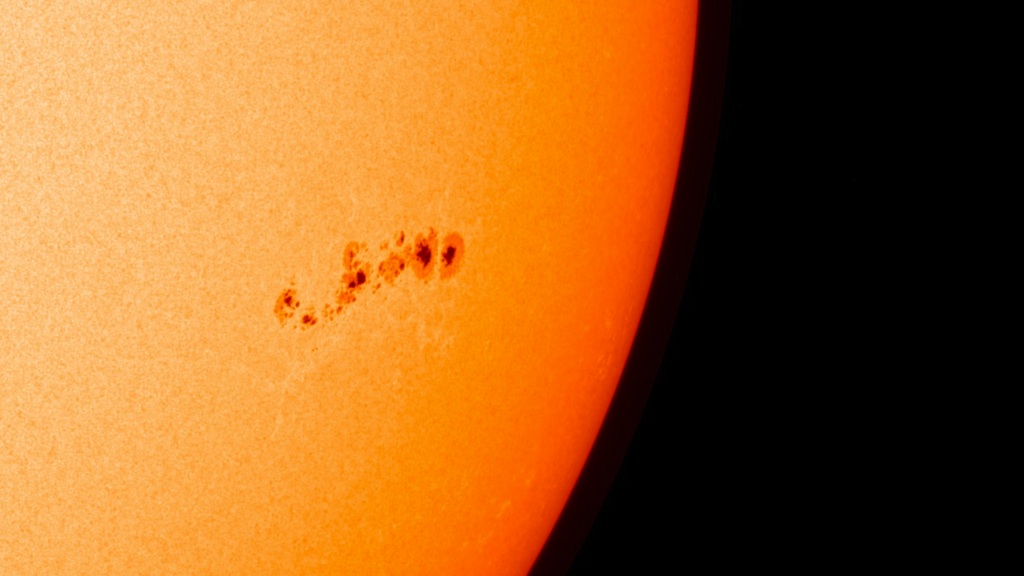 Download Options
As the sun moves toward solar maximum in 2013, more sunspots like these will appear on its surface. 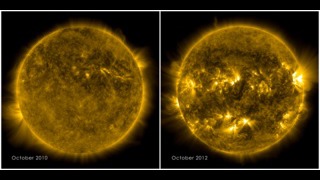