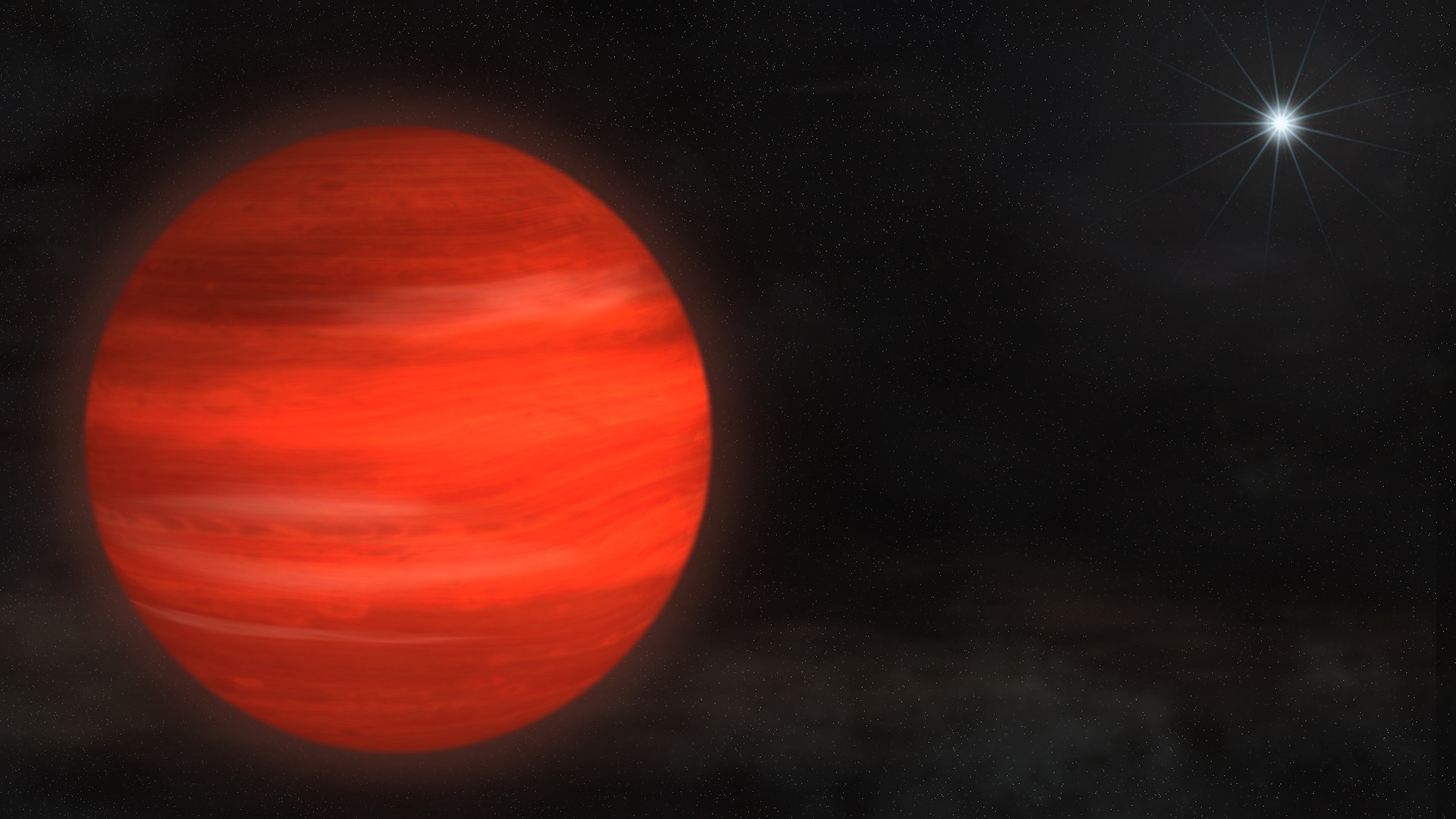 Download Options
The "super-Jupiter" Kappa Andromedae b, shown here in an artist's rendering, circles its star at nearly twice the distance that Neptune orbits the sun. With a mass about 13 times Jupiter's, the object glows with a reddish color. 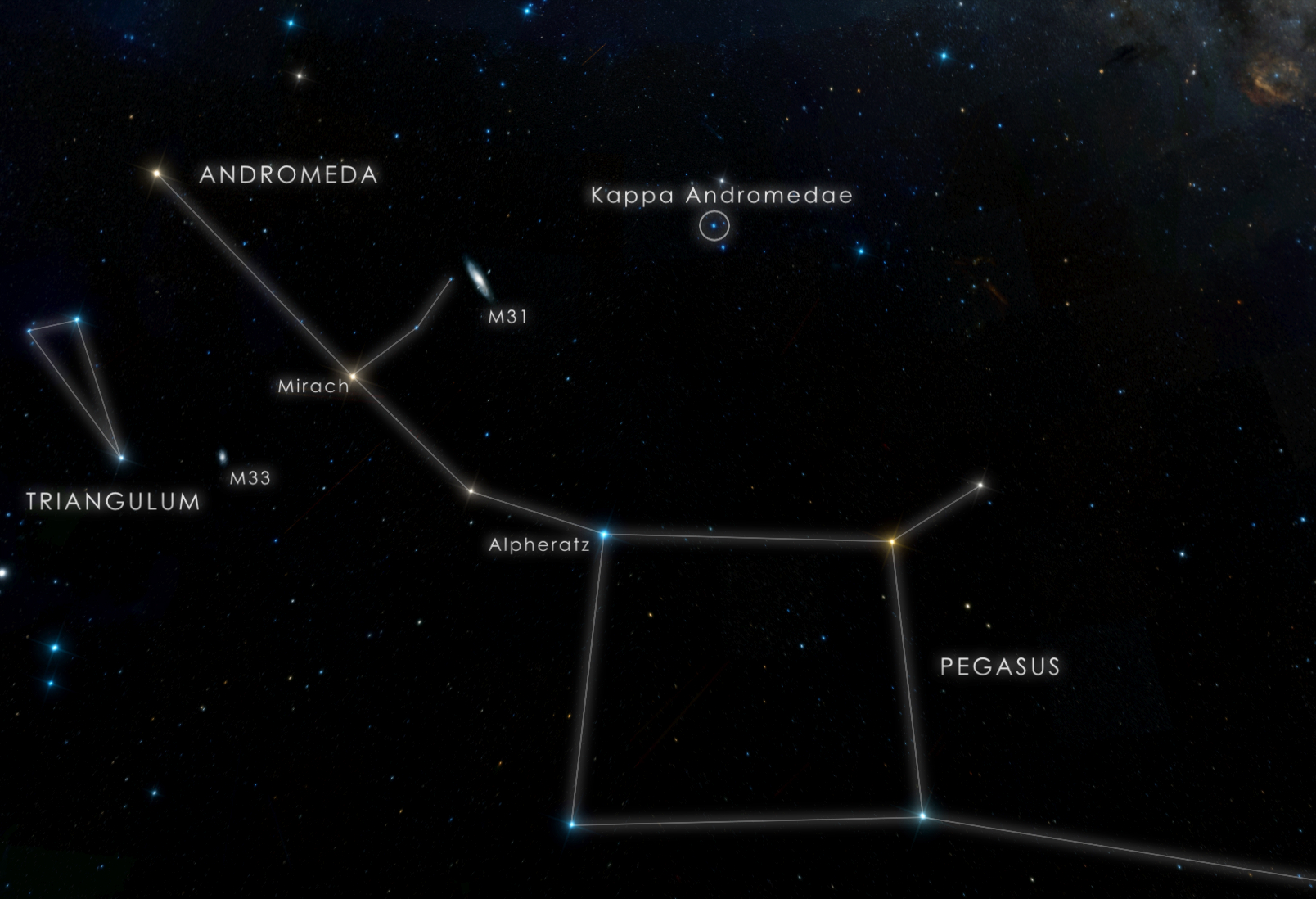 Download Options
This chart locates the constellation Andromeda and the star designated Kappa Andromedae, which is visible to the unaided eye from suburban skies. 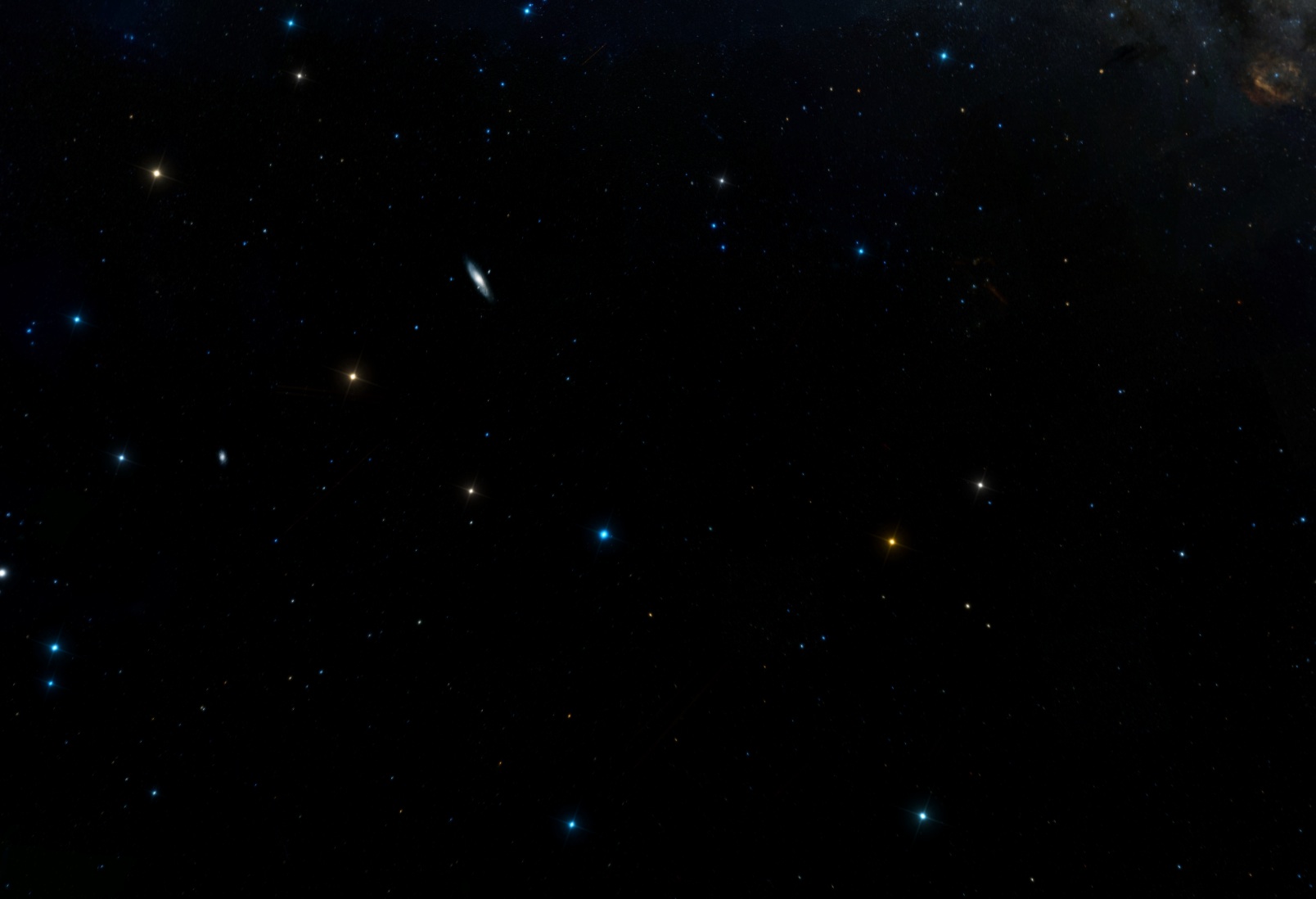 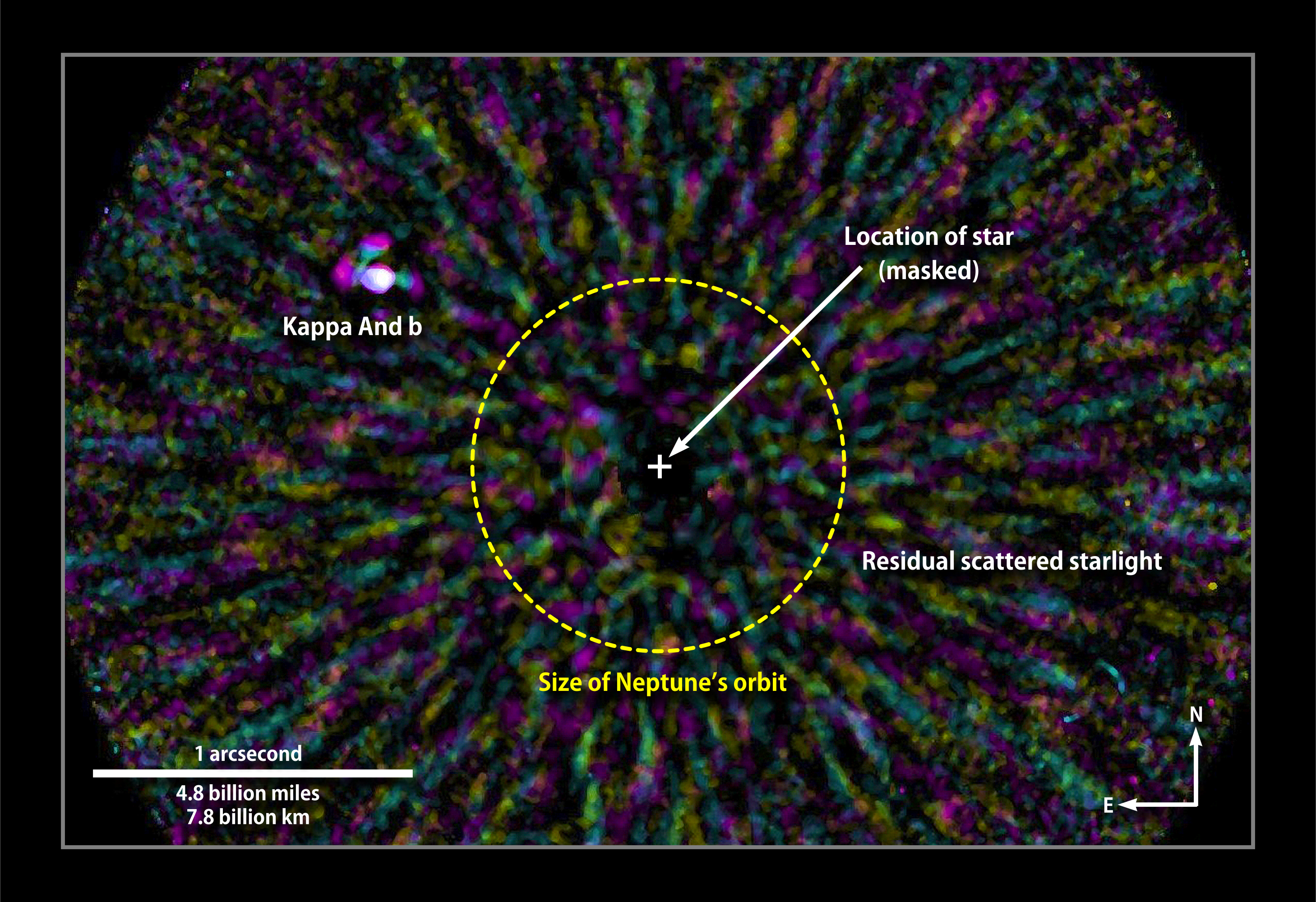 Download Options
This false-color near-infrared image has been processed to remove most of the scattered light from the star Kappa Andromedae (masked out at center). The "super-Jupiter" companion, Kappa Andromedae b (upper left), lies at a projected distance of about 55 times the average distance between Earth and the sun and about 1.8 times farther than Neptune, whose orbit is shown for comparison (dashed circle). The white region marking the companion indicates a signal present in all near-infrared wavelengths, while colored blobs represent residual noise. The Subaru Telescope in Hawaii captured the image in July. 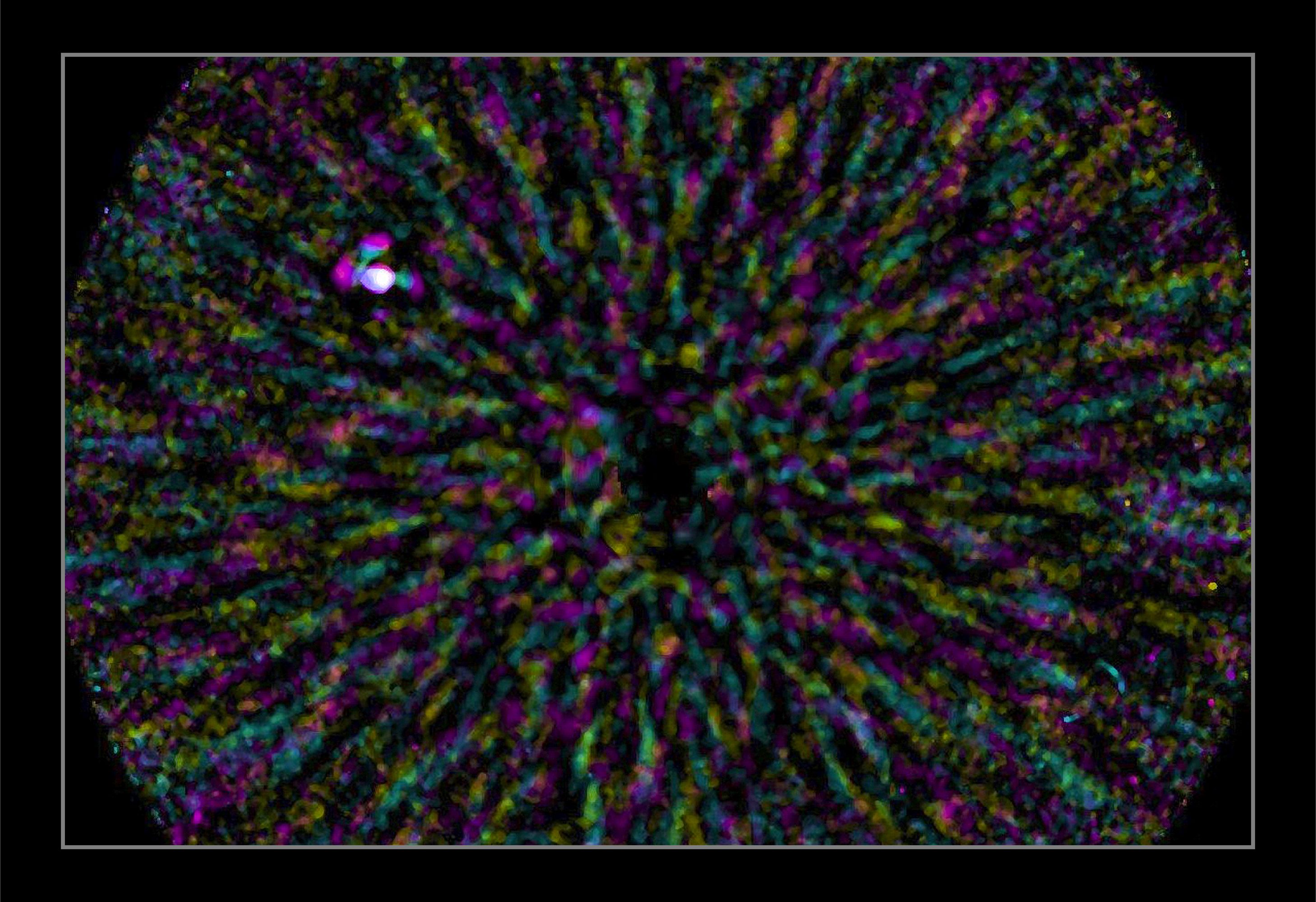 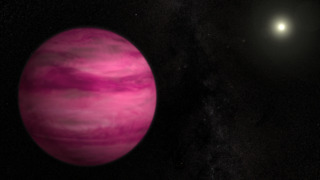 Please give credit for this item to:
NASA's Goddard Space Flight Center. However, individual image should be credited as indicated above.