Released on February 7, 2013
Download Options
NASA is sending the OSIRIS-REx spacecraft to asteroid Bennu to better understand the evolution of its orbit and retrieve a pristine sample for study on Earth. 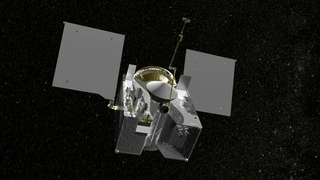 Please give credit for this item to:
NASA's Goddard Space Flight Center and the University of Arizona