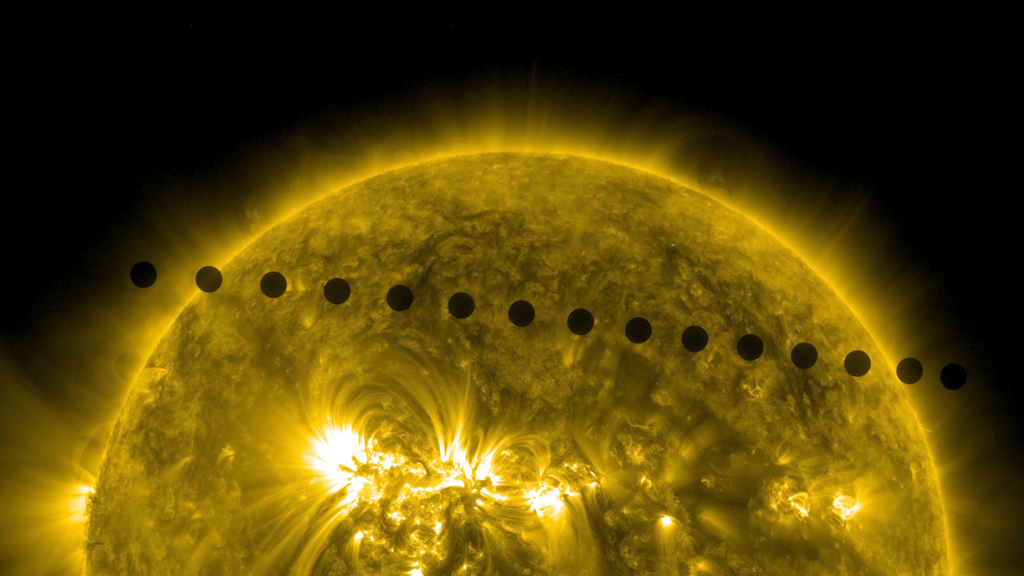 Download Options
Now for the good stuff! See unprecedented views of Venus crossing the sun.
Download Options
Venus appears as a perfect black dot in this collection of SDO images captured at multiple wavelengths.
Download Options
The NASA/ESA Solar and Heliospheric Observatory tracked Venus from May 31 to June 4 as the planet approached the sun. 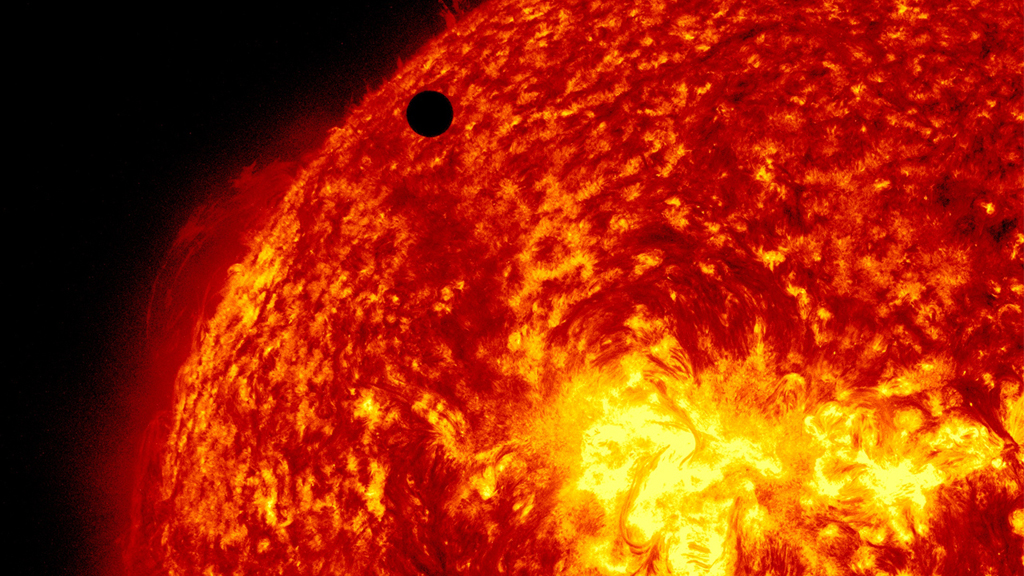 Download Options
Venus crossed the left limb of the sun, seen here at 304 angstroms, between 6 and 7 p.m. EDT on June 5. 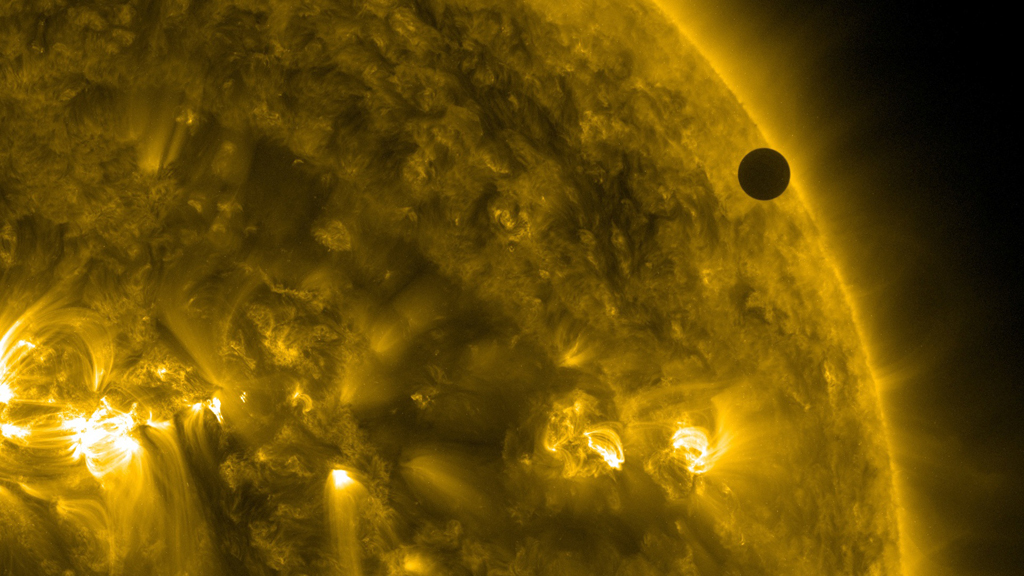 Download Options
Venus prepares to exit over the right side of the sun, shown here at 171 angstroms, following a transit of six and a half hours. 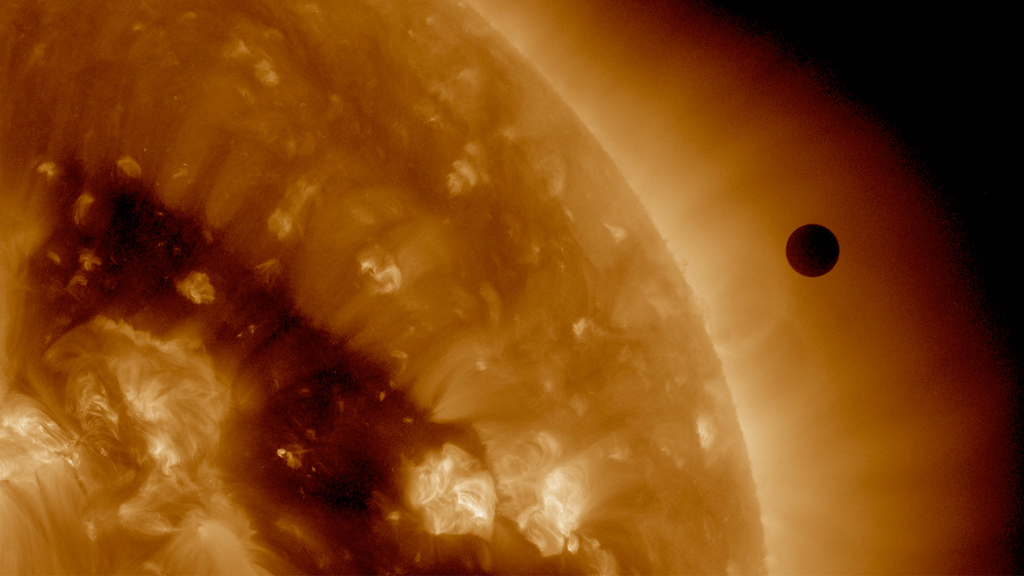 Download Options
Backlit by the sun, seen here at 193 angstroms, Venus completes its last transit until 2117.

Please give credit for this item to:
NASA's Goddard Space Flight Center
Solar and Heliospheric Observatory footage courtesy of NASA/ESA