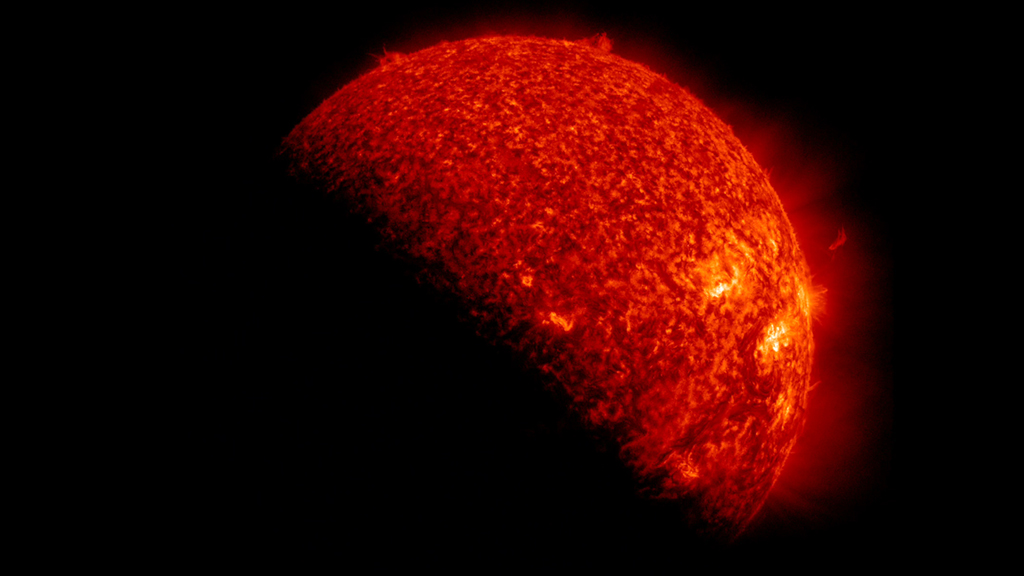 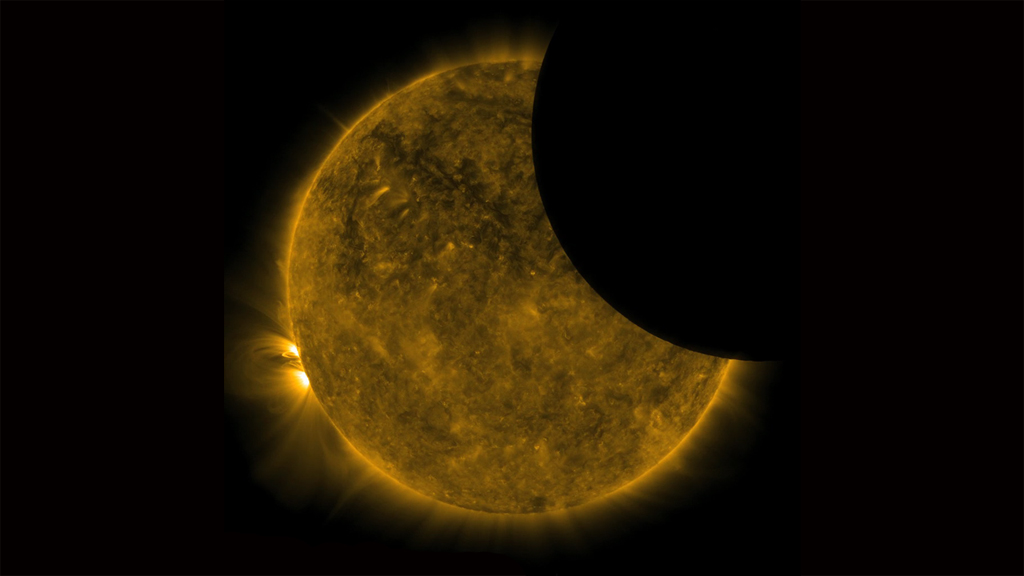 Download Options
Earth's silhouette lacks perfectly sharp edges because a portion of the light passing through its atmosphere can be seen by SDO. 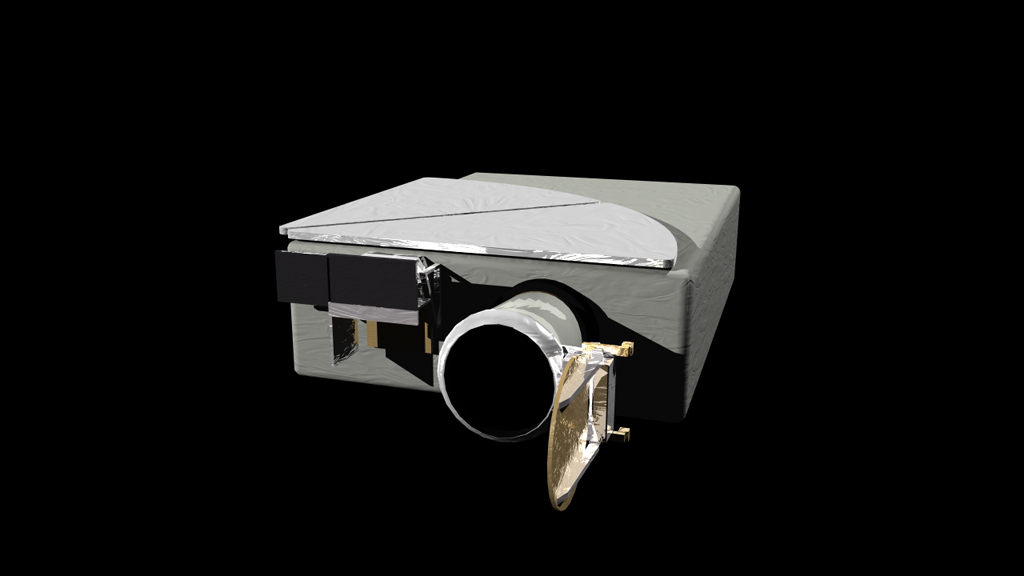 Download Options
The window on SDO's HMI instrument (above) changes shape during an eclipse due to a lack of solar heat, causing a temporary blurring of its images. 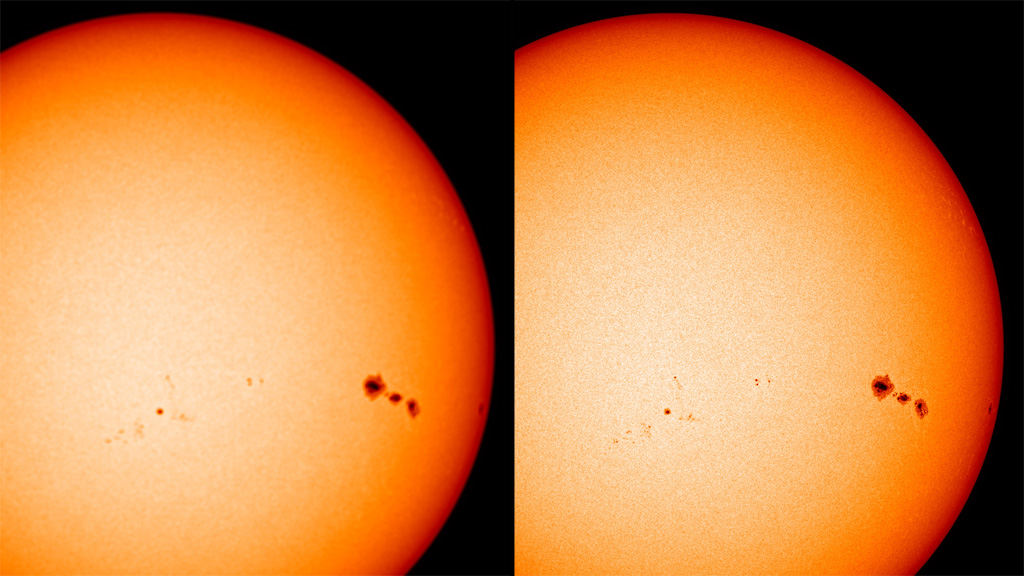 Download Options
High-resolution images of the sun (right) taken by the HMI instrument on SDO can appear blurry (left) for up to 45 min. after an eclipse. 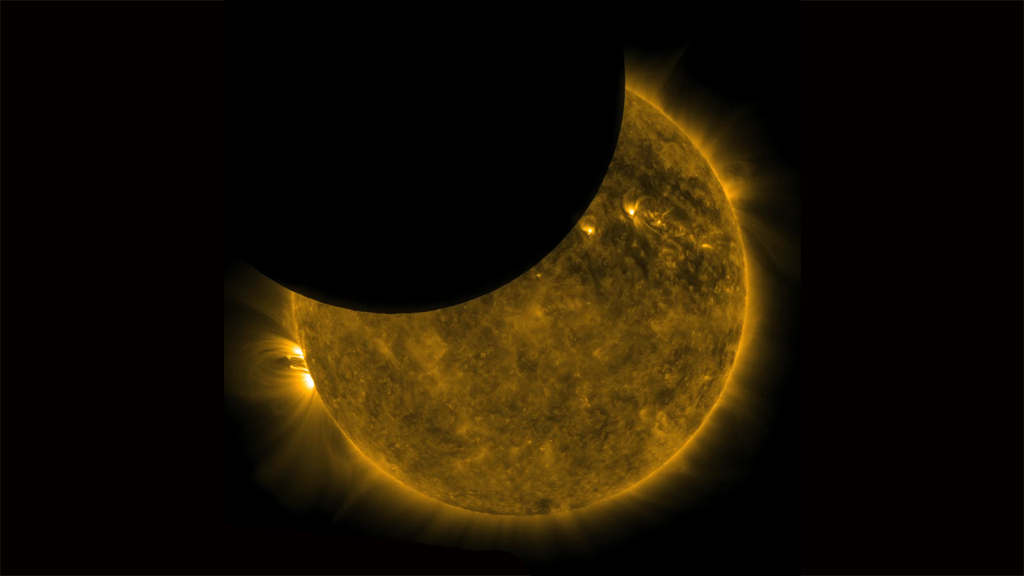 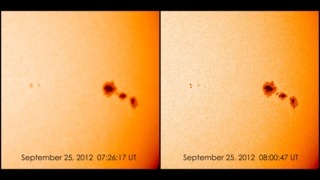