Released on October 19, 2012
Download Options
A study of 544 star-forming galaxies observed by the Keck and Hubble telescopes shows that disk galaxies like our own Milky Way unexpectedly reached their current state long after much of the universe's star formation had ceased. Over the past 8 billion years, the galaxies lose chaotic motions and spin faster as they develop into settled disk galaxies. Credit: NASA's Goddard Space Flight Center

Please note: The closing time-lapse in this video is Copyright

Download Options
Simulations such as this will help astronomers better understand the new findings in galaxy evolution. It tracks the development of a single disk galaxy over about 13.5 billion years, from shortly after the Big Bang to the present time. Colors indicate old stars (red), young stars (white and bright blue) and the distribution of gas density (pale blue); the view is 300,000 light-years across. The simulation ran on the Pleiades supercomputer at NASA's Ames Research Center in Moffett Field, Calif., and required about 1 million CPU hours. It assumes a universe dominated by dark energy and dark matter. 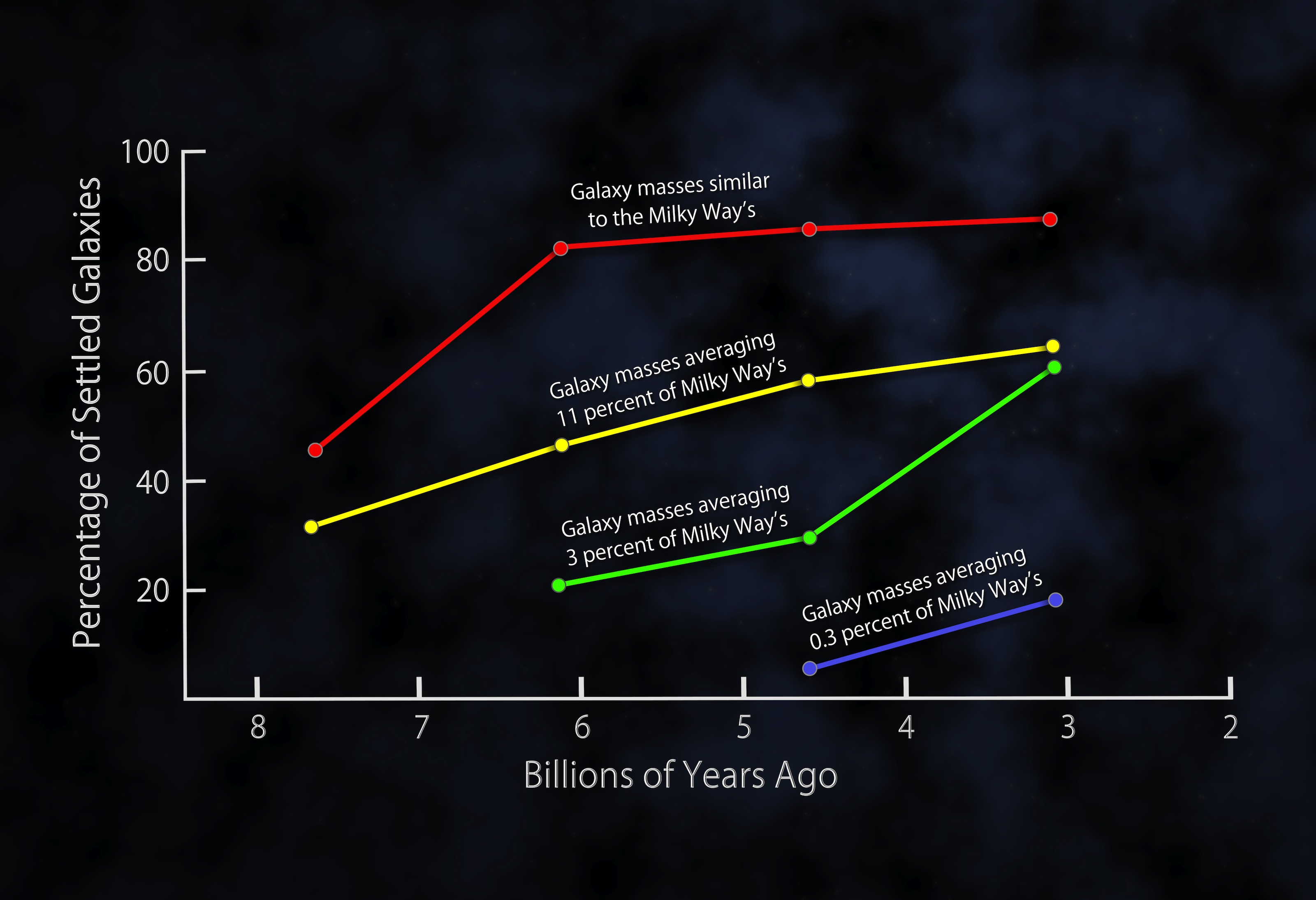 Download Options
This plot shows the fractions of settled disk galaxies in four time spans, each about 3 billion years long. There is a steady shift toward higher percentages of settled galaxies closer to the present time. At any given time, the most massive galaxies are the most settled. More distant and less massive galaxies on average exhibit more disorganized internal motions, with gas moving in multiple directions, and slower rotation speeds.