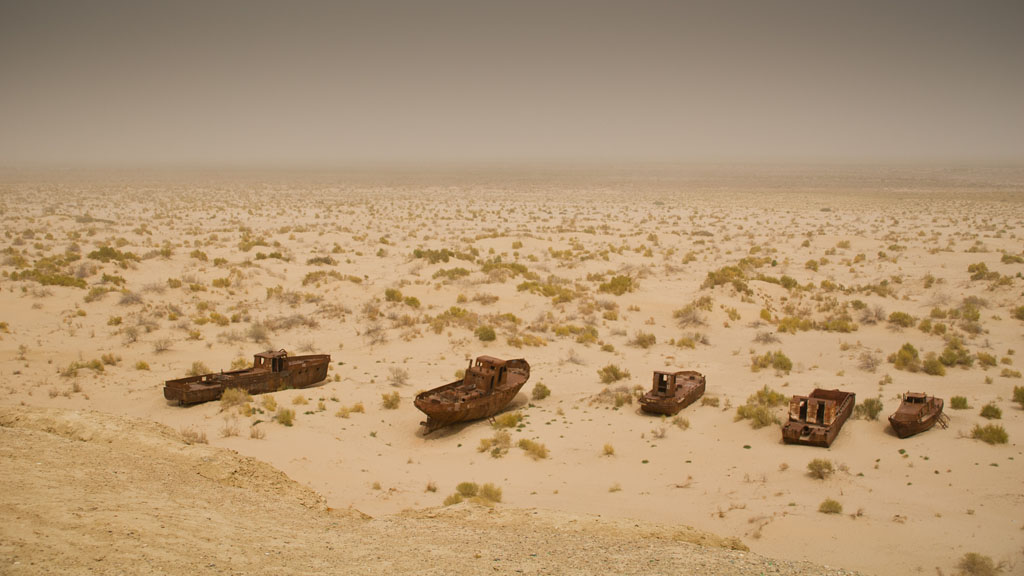 Download Options
Abandoned boats now rest on sandy scrubland that was once the basin of the world's fourth largest lake.
Download Options
Satellite images show the changing water levels in the Aral Sea from 2000 through 2011. 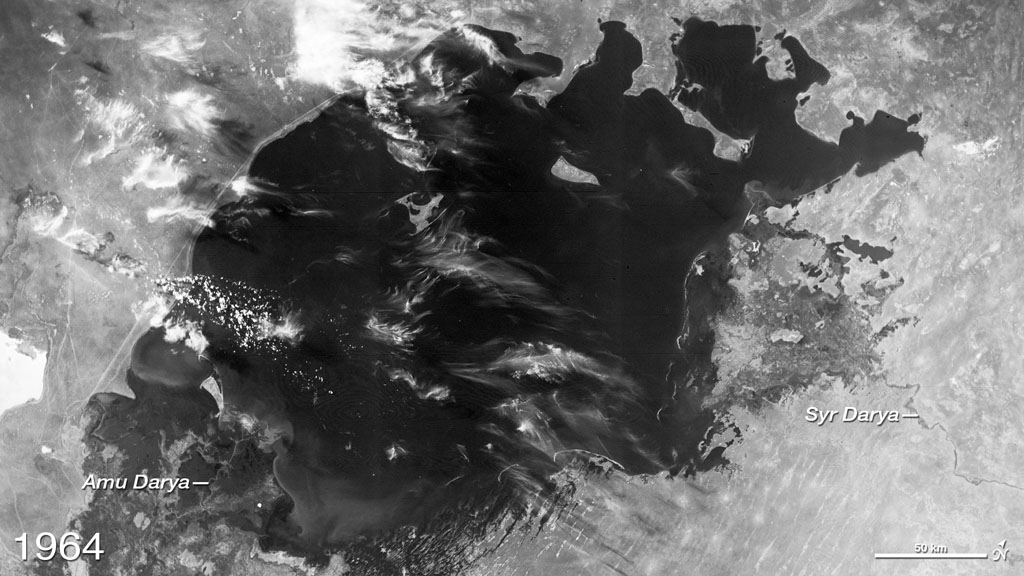 Download Options
A satellite image from 1964 shows the Aral Sea before the dramatic decline in lake levels altered the shoreline. 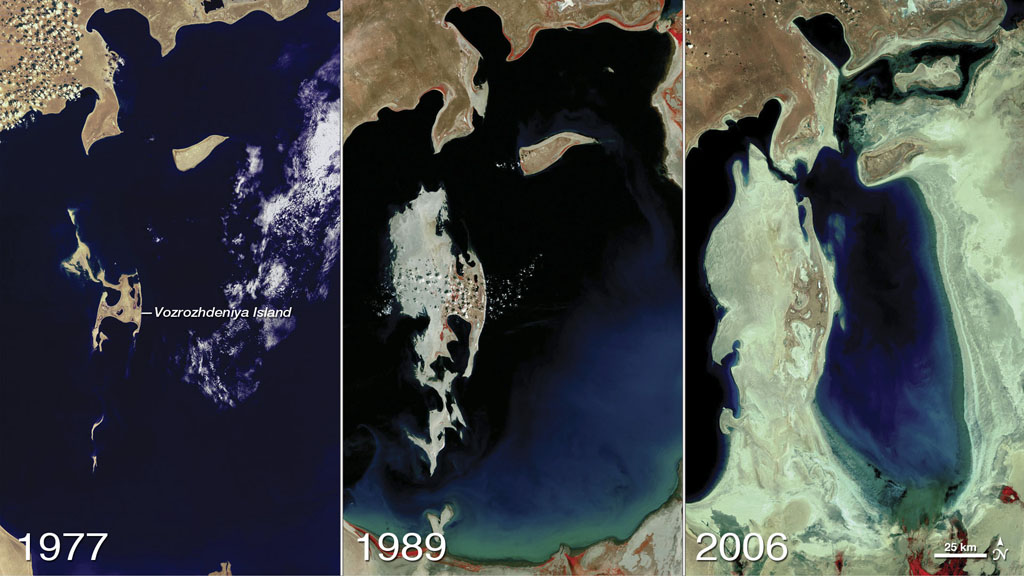 Download Options
False-color images taken by USGS-NASA Landsat satellites show what was once an island gradually becoming part of a peninsula. 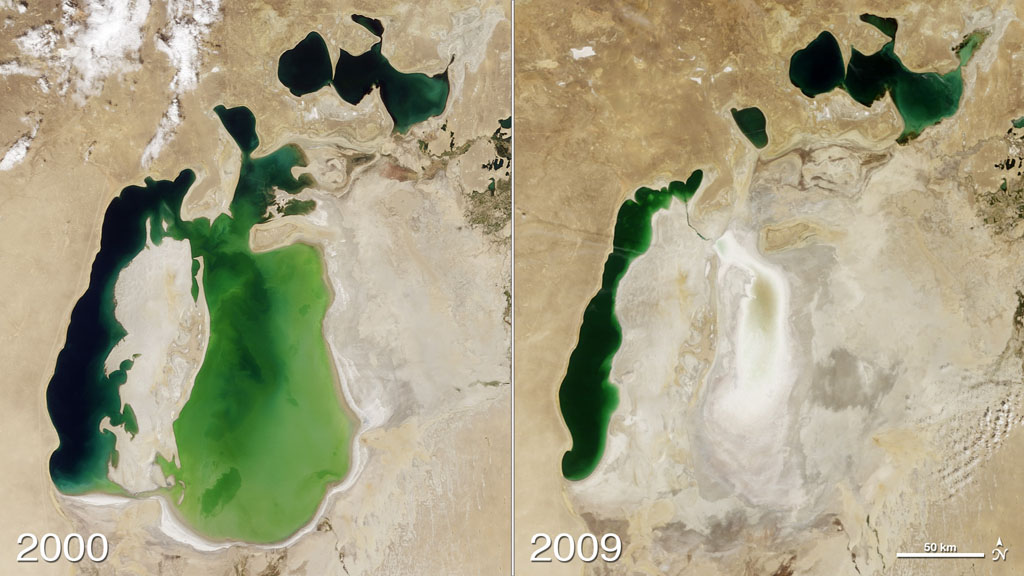 Download Options
Southern parts of the Aral Sea nearly vanished between 2000 and 2009, though a dam helped stabilize areas in the north. 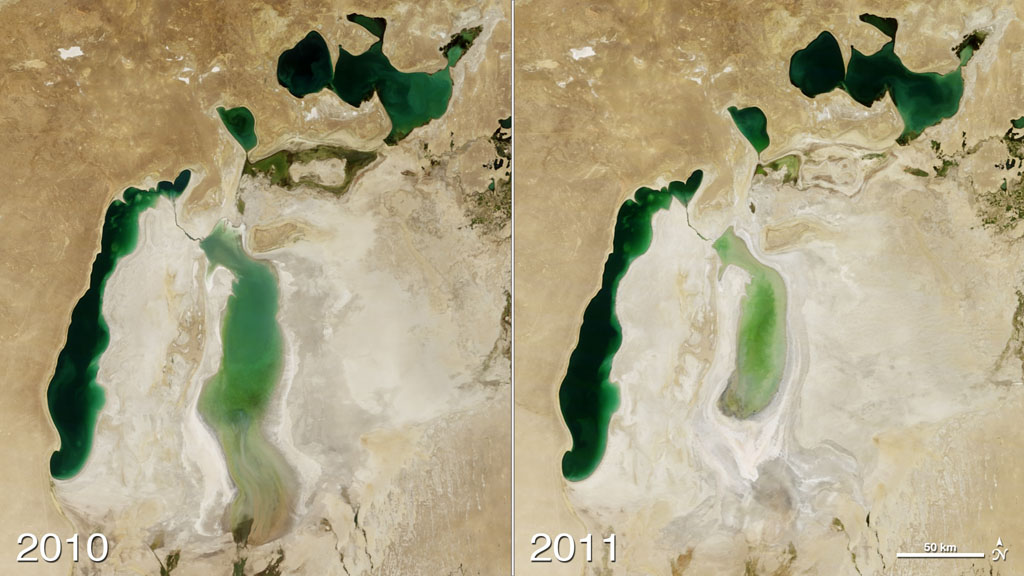