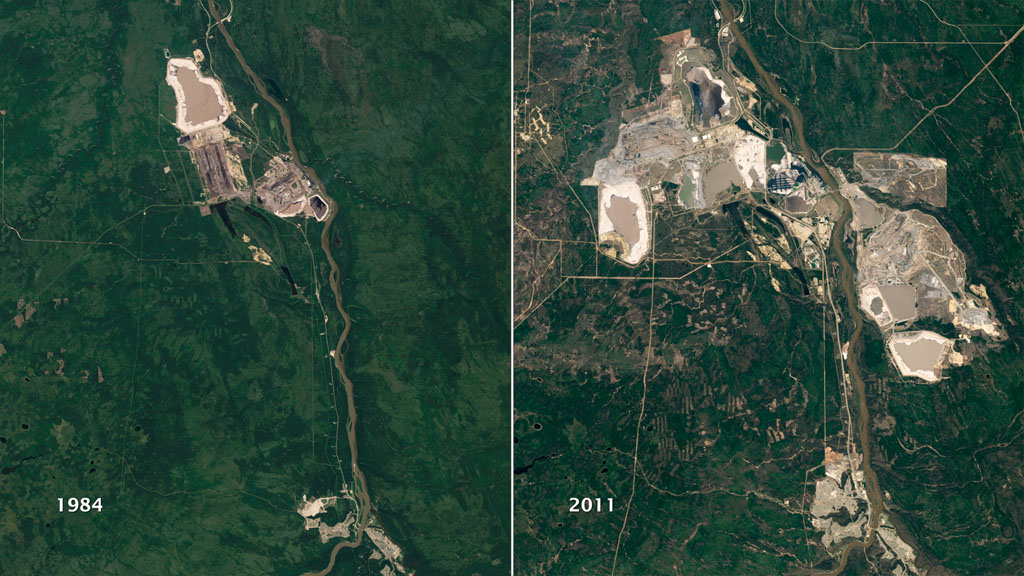 Download
The Athabasca oil sands are at once a source of oil, economic growth and environmental concern.
Download
Satellite images show the growth of pit mines over Canada's oil sands between 1984 and 2011. 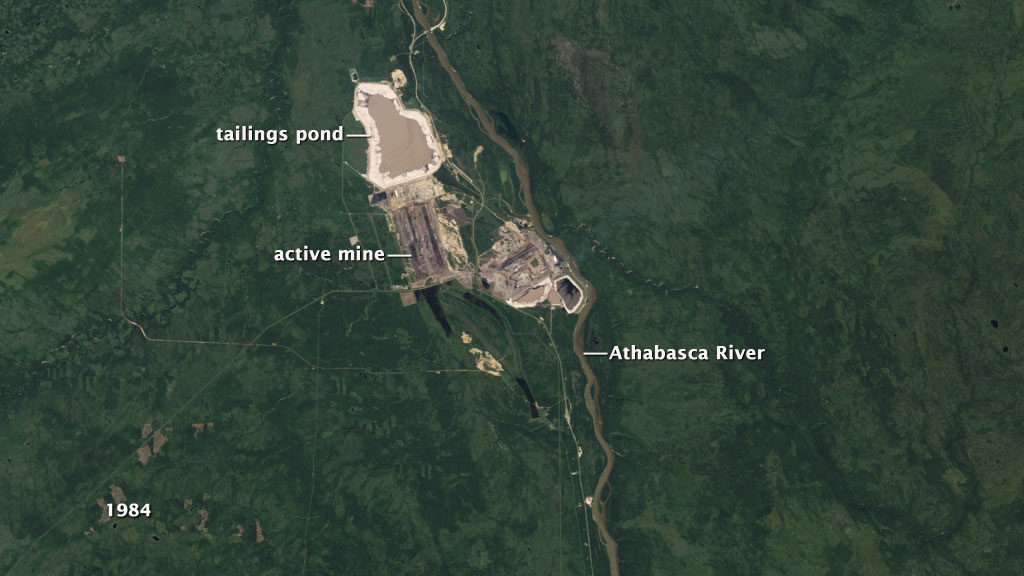 Download
The first mine from 1967 is closest to the river in July 1984. The site includes a pit, processing equipment and tailings ponds. 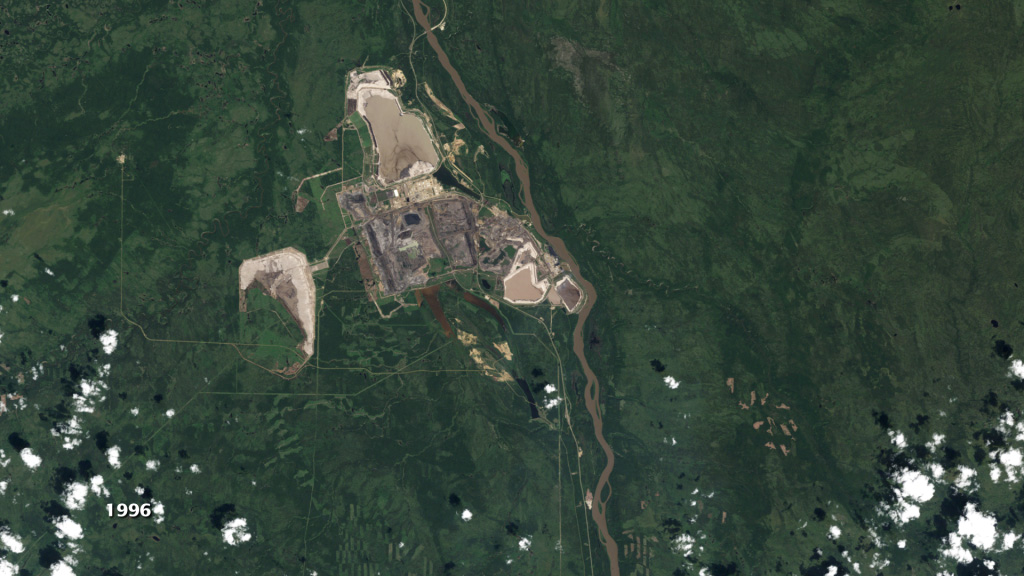 Download
In 1996 the Mildred Lake Mine began operations, while the original 1967 mine grew. It takes two tons of sand to produce a barrel of oil. 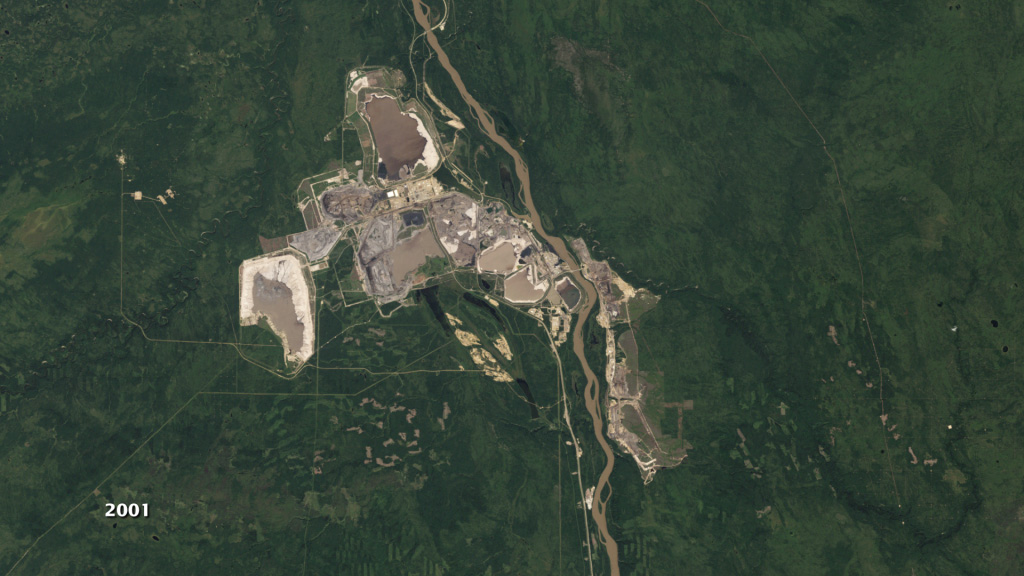 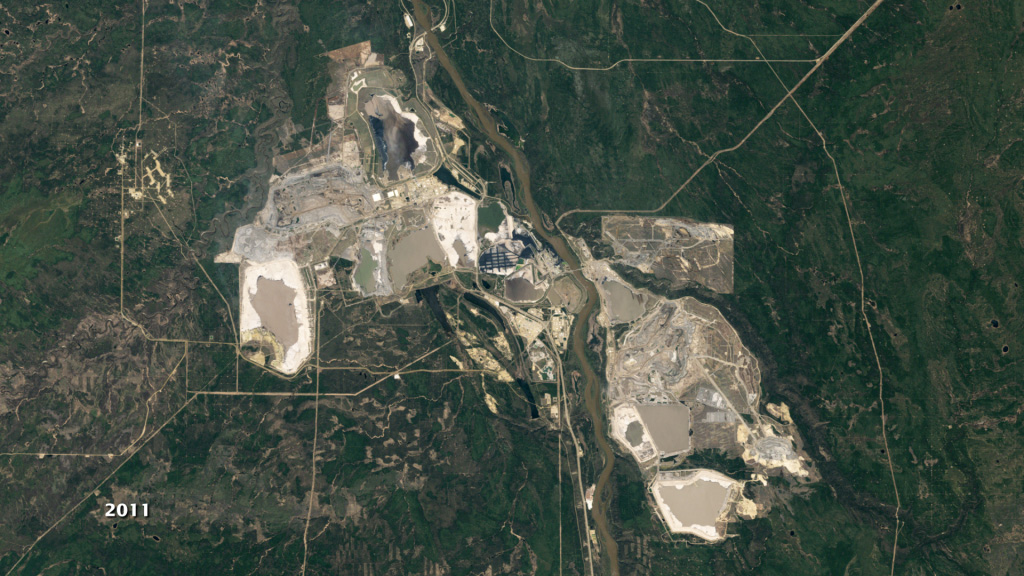