Download Options
Computer simulation of the magnetic reconnection in the heliosheath. 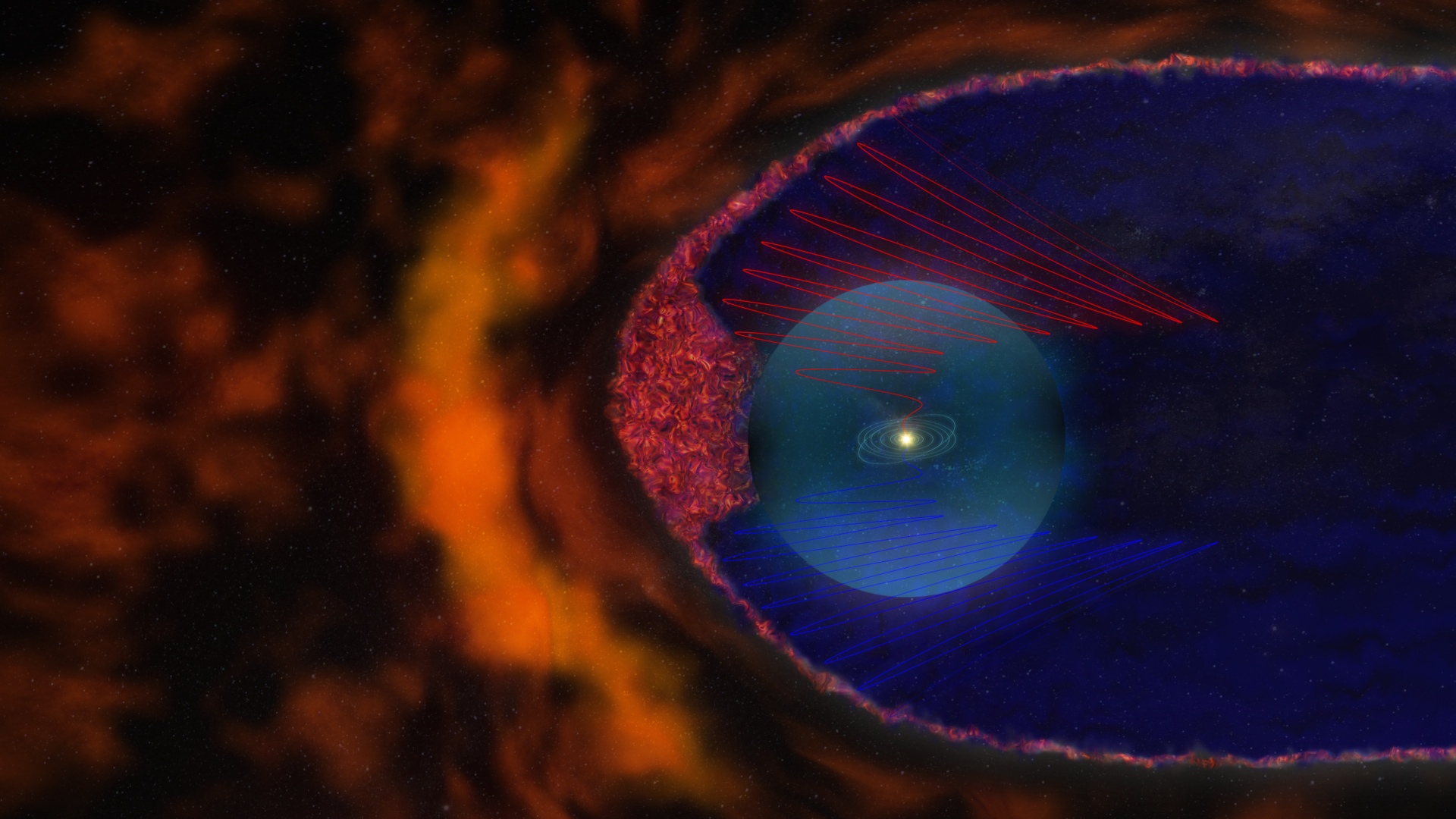 Download Options
Artist's interpretation depicting the new view of the heliosphere. The heliosheath is filled with "magnetic bubbles" (shown in the red pattern) that fill out the region ahead of the heliopause. In this new view, the heliopause is not a continuous shield that separates the solar domain from the interstellar medium, but a porous membrane with fingers and indentations. 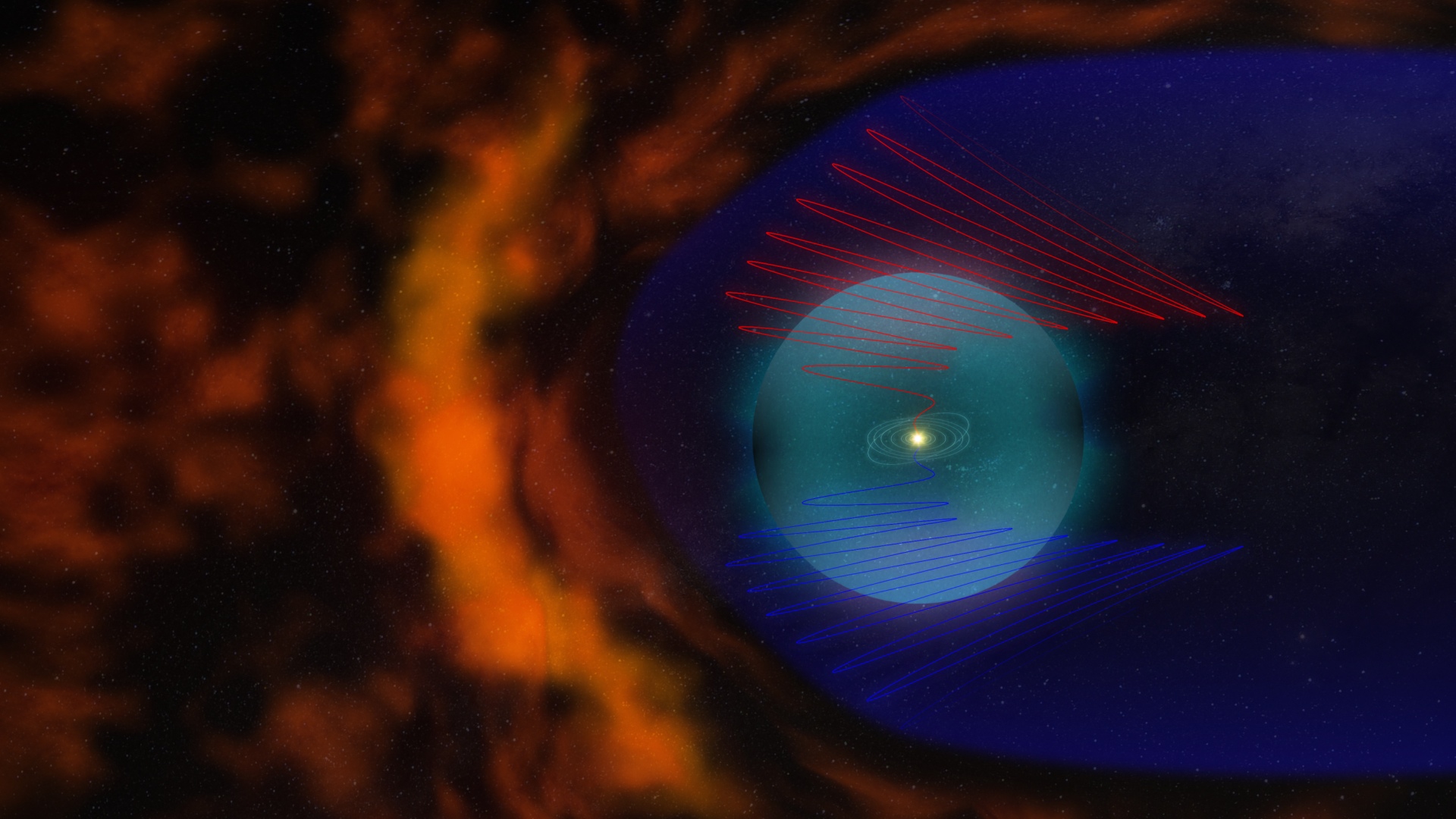 Download Options
Artist's interpretation of the "standard" old view of the heliosphere: the magnetic field lines in the heliosheath connect back to the sun everywhere (some field lines are shown in red and blue). In this view, scientists expected the heliopause, the boundary that separates where the solar wind dominates from where the interstellar wind dominates, to be smooth and the associated smooth magnetic field to shield us from the interstellar medium and galactic cosmic rays. 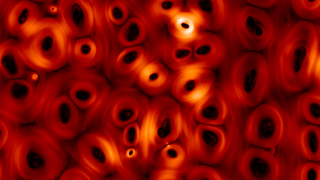