Released on March 5, 2012
Download
Timelapse animation of Lake Mead and the city of Las Vegas, Nevada, from 1972-2013, as captured by Landsat sensors. The images are false-color, showing healthy vegetation in red.

Download
Timelapse animation of the western half of Las Vegas, Nevada, from 1972-2013, as captured by Landsat sensors. The images are in false-color, showing healthy vegetation in red.

Download
Watch as irrigated vegetation (red) and impervious surfaces (gray) expand outwards from the valley.
Download
Lake Mead's water (black) is seen in decline in the past decade.
Download
A majority of its population, more than 1,500,000 people, moved to Las Vegas since 1972. 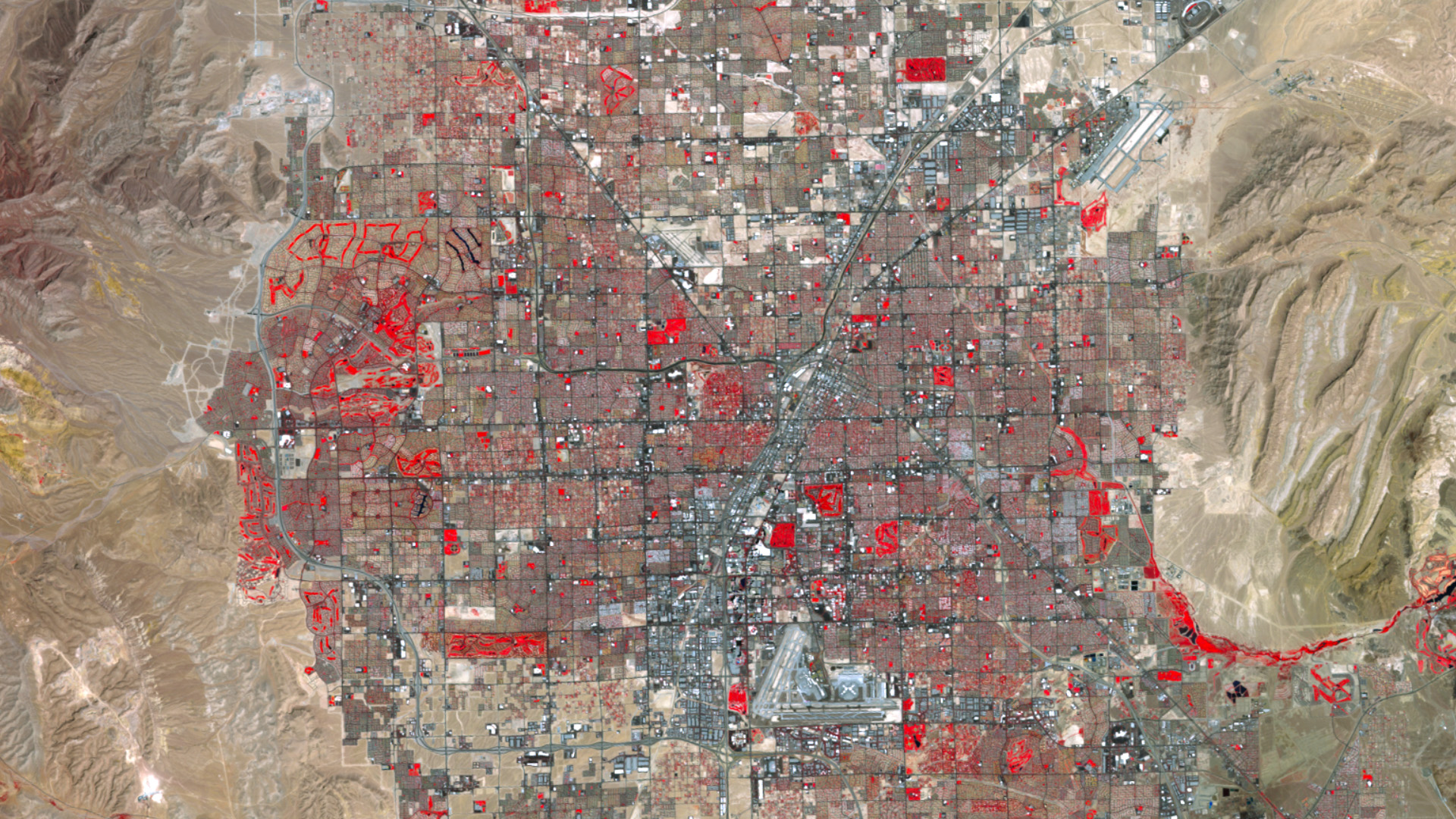 Download
Still image of Las Vegas, 2010, from Landsat data. This false-color image shows healthy vegetation in red and roads and buildings in gray. The brightest red colors are mostly golf courses, with a small number of city parks, and one lone wetlands area stretching away from the southwest edge of the city. 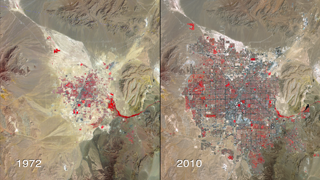 Please give credit for this item to:
NASA/Goddard Space Flight Center Landsat images obtained from USGS Earth Explorer The Landsat Program is a series of Earth-observing satellite missions jointly managed by NASA and the U.S. Geological Survey.

This item is part of these series:
Geophysical Changes Over Time
Landsat