Released on May 26, 2010
Download Options
This simulation follows the collision of two spiral galaxies that harbor giant black holes. The collision merges the black holes and stirs up gas in both galaxies. The merged black hole gorges on the feast and lights up, forming an active galactic nucleus called a quasar and creating a "wind" that blows away much of the galaxy's gas.

See the original animation at: 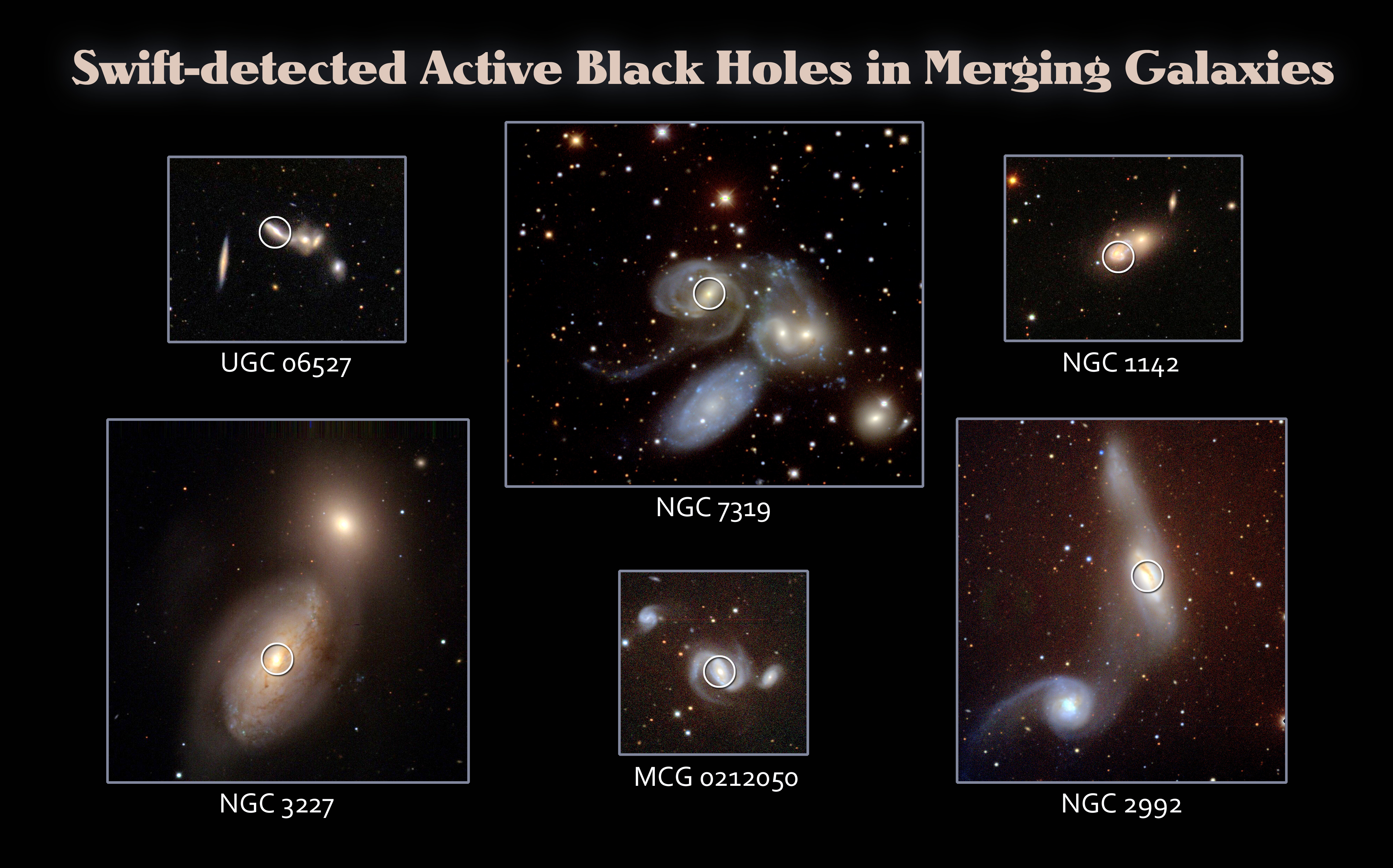 Download Options
These images show the optical counterparts of several AGN detected by the Swift BAT Hard X-ray Survey. The galaxy shapes are either physically intertwined or distorted by the gravity of nearby neighbors. The active black holes (circled) were known prior to the Swift survey, but Swift has found dozens of new AGN in more distant galaxies. 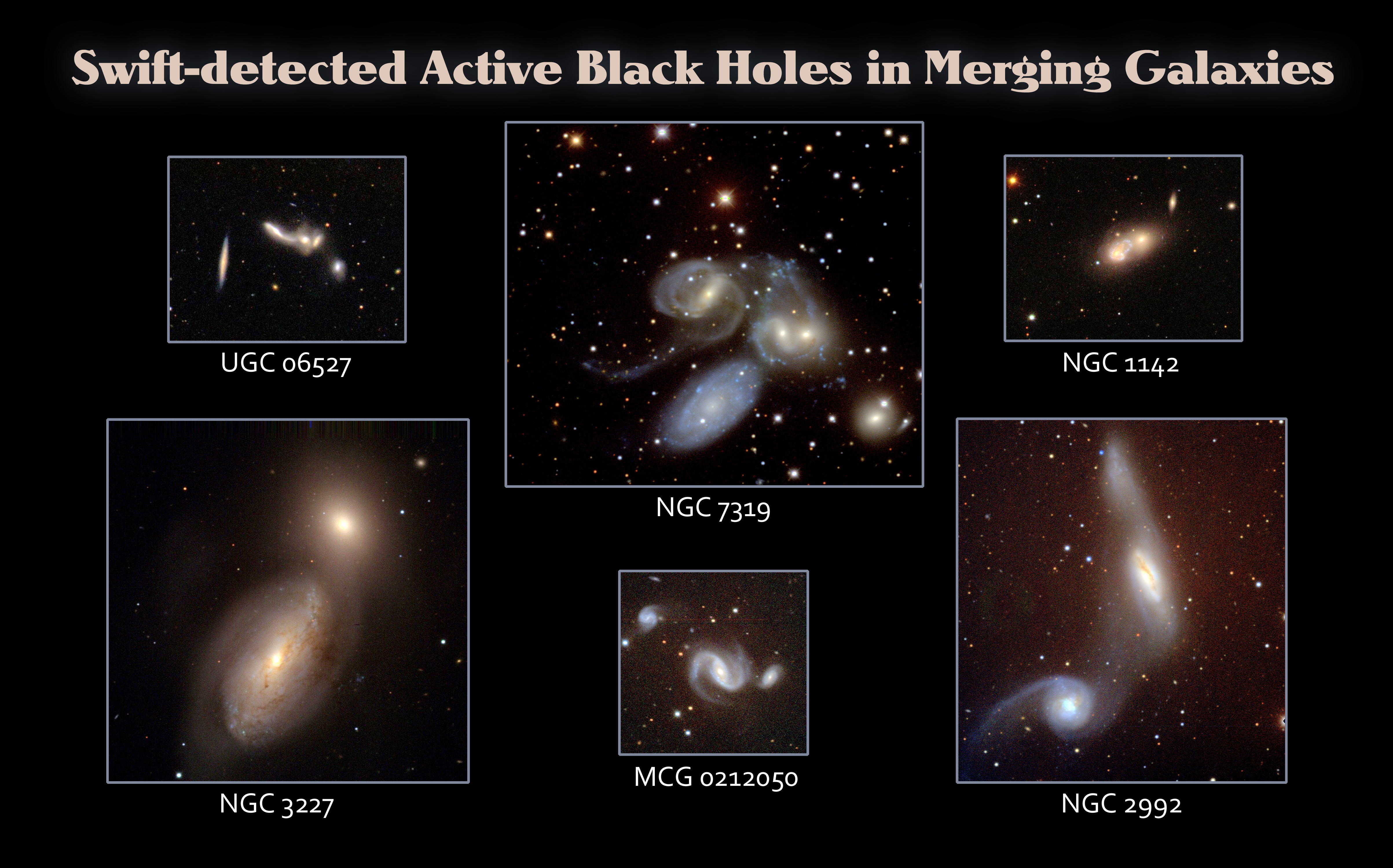 Please give credit for this page to:
NASA/Goddard Space Flight Center. However, each image should be credited as indicated above.