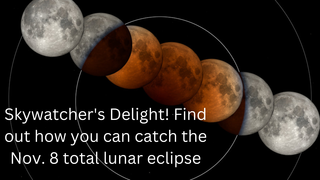 Skywatcher’s Delight: Find out how you can catch the Nov. 8 total lunar eclipse

Skywatcher’s Delight: Find out how you can catch the Nov. 8 total lunar eclipse