Visualizations by Lori Perkins Released on October 20, 2010
Download Options
Twelve of the high priority flight plans from the 2010 Antarctic campaign are displayed.
Download Options
Same animation as above without the text overlay 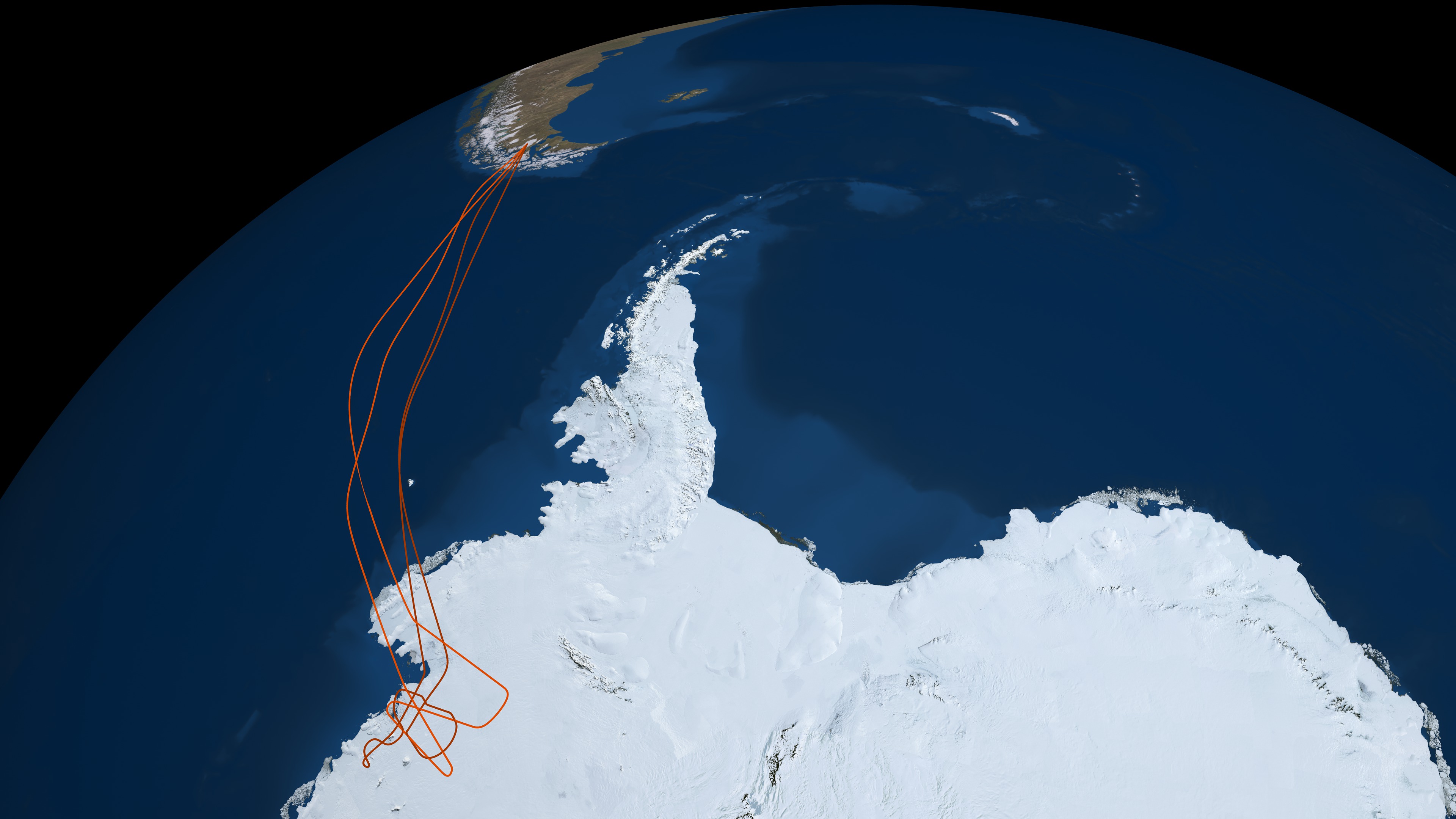 Download Options
Operation Ice Bridge is monitoring changes in three key glaciers by overflying the lines above the Thwaites Glacier, the Smith Glacier, and Kohler Glacier. 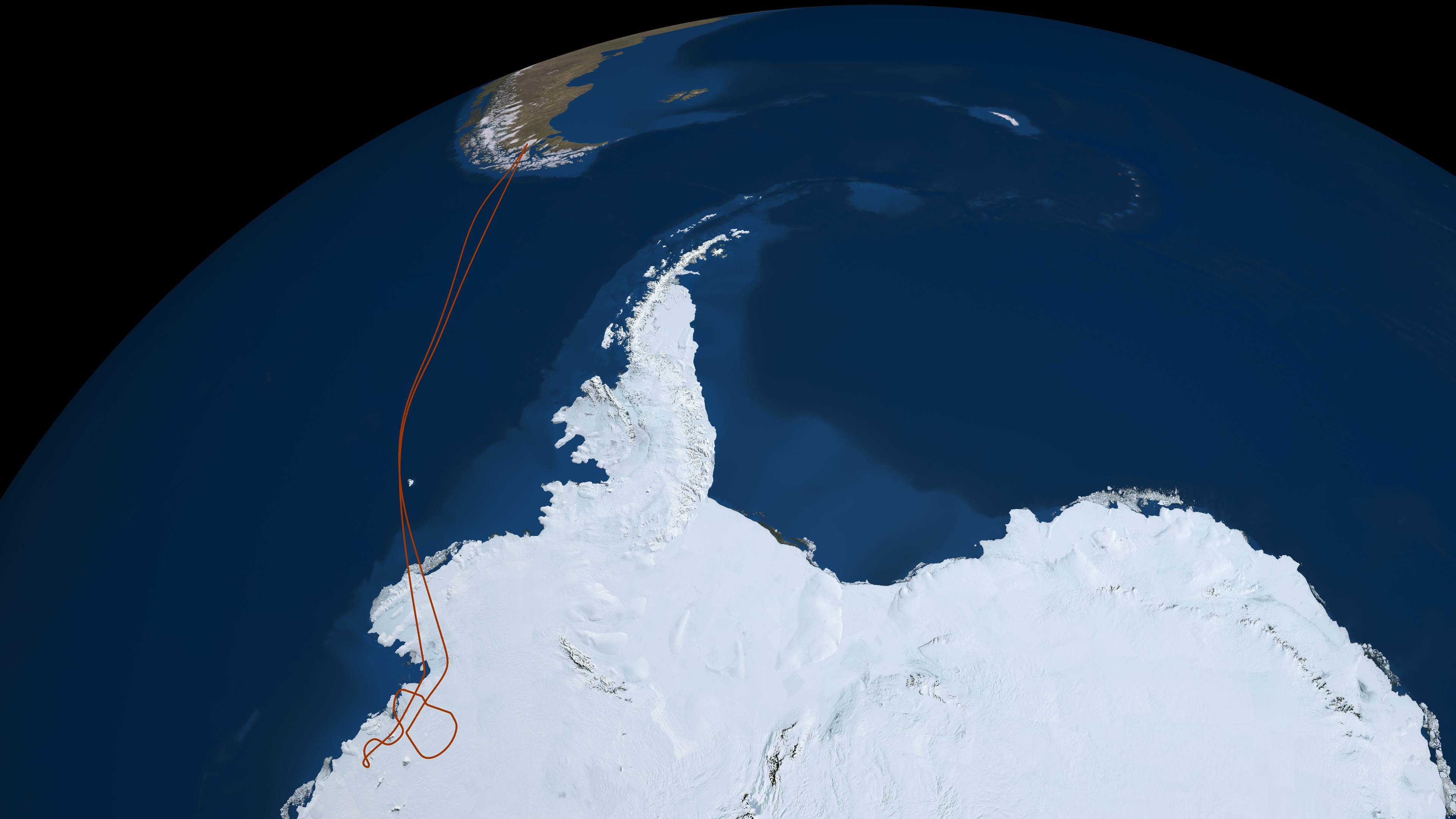 Download Options
This flight path is primarily intended to monitor changes in the surgace elevation of the Thwaites Glacier, Smith Glacier and Kohler Glacier while also collecting depth, accumulation and gravity data from these area. This flight path was originally flown by the NASA/CECS/Armada de Chile project in 2002. 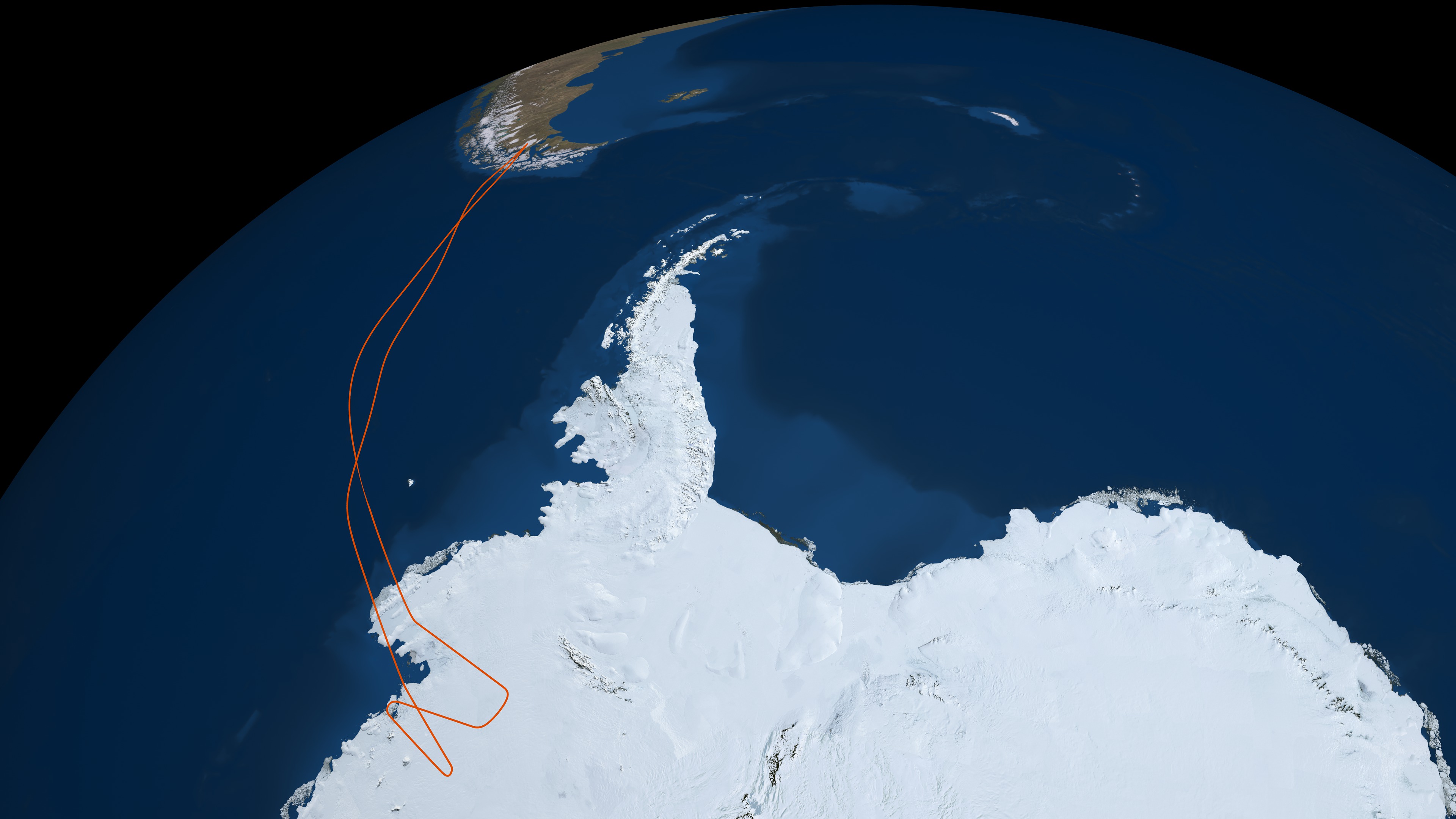 Download Options
This flight path is dedicated to overflying the ICESat 33 day ground tracks over the Thwaites Glacier and is a repeat path from the Operation Ice Bridge flight on October 18, 2009. 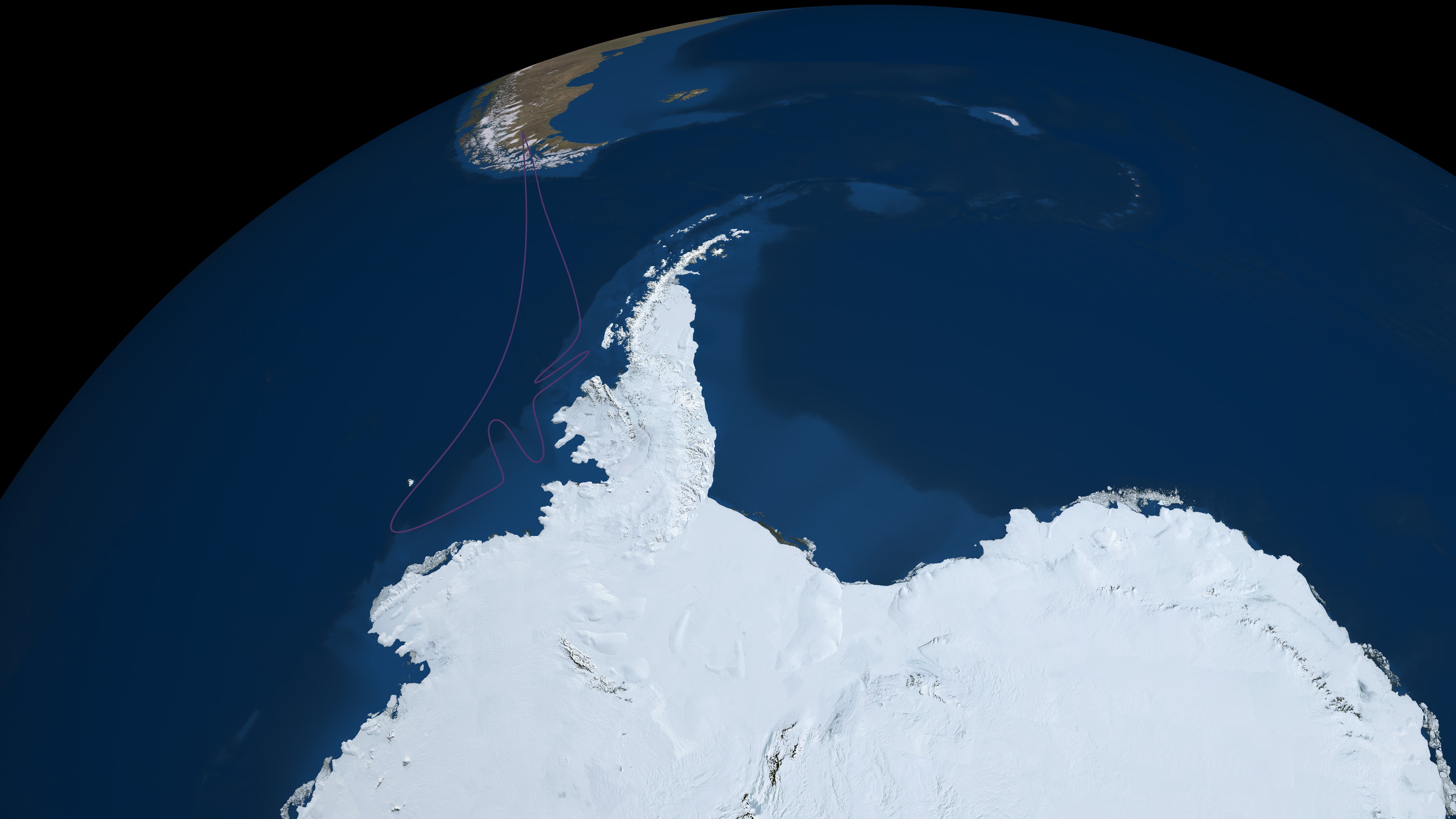 Download Options
This flight path over the Bellingshausen Sea is intended to mesh with the efforts of the ICEBELL ship-based project. This path is based on moderate ice conditions. Modifications to this path have been designed if the ice conditions are either heavy or light. 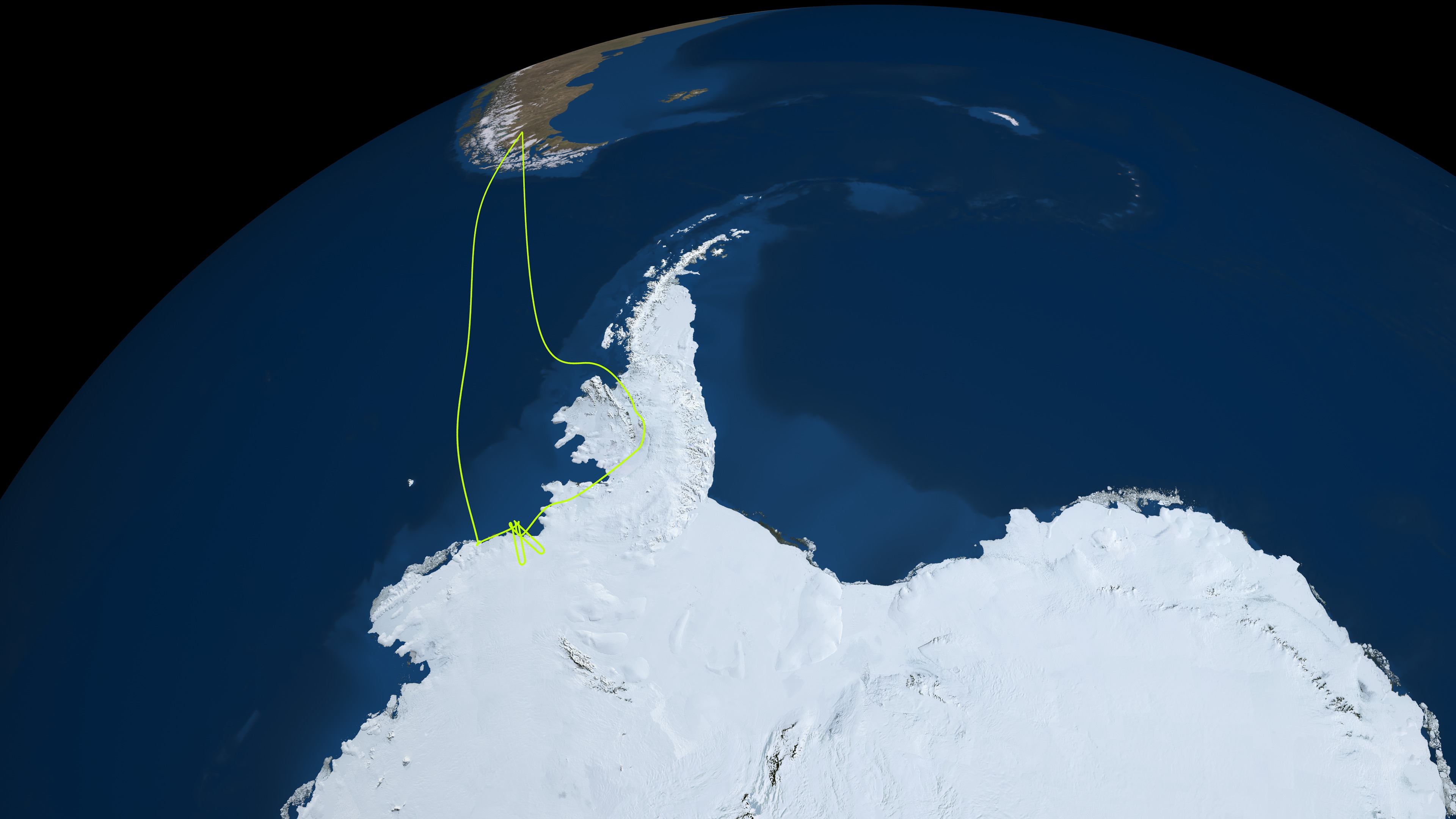 Download Options
This flight path fly over the major glacier that flows into the Eltanin Bay. This flight follows the same path as IceBridge mission flown on November 3, 2009. 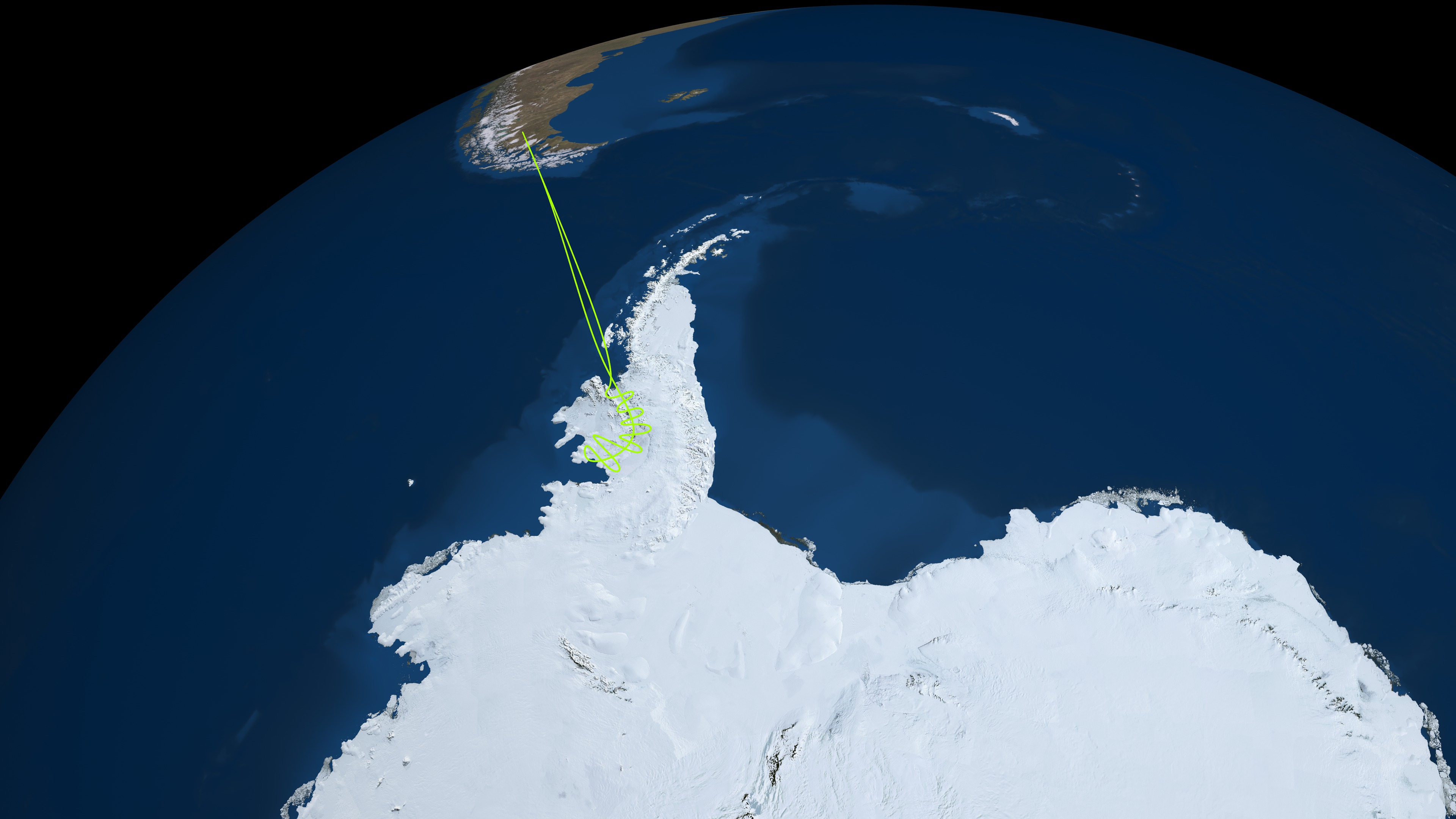 Download Options
This flight is intended to map the su-ice shelf bathymetry of the George VI ice shelf. 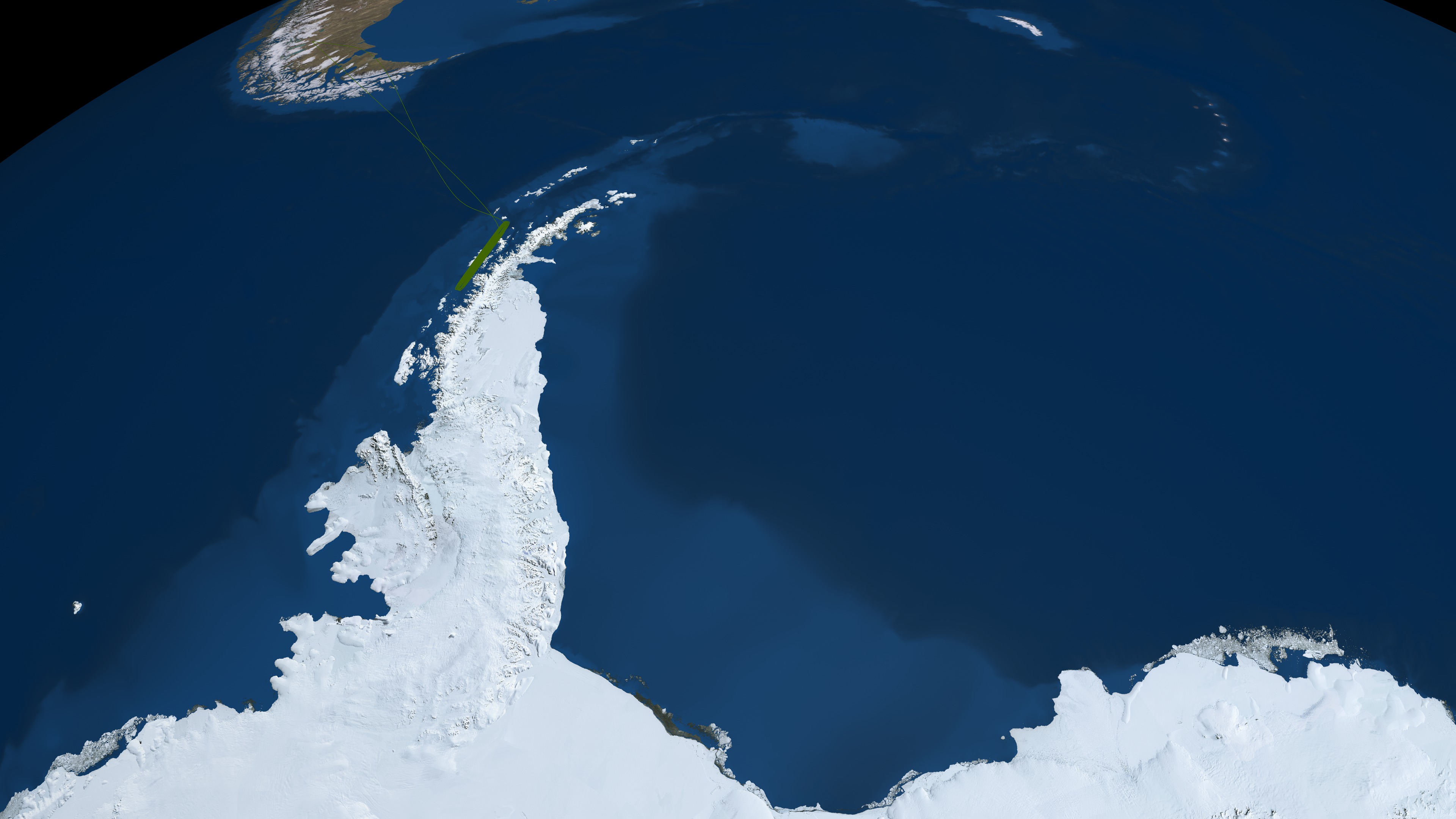 Download Options
This flight path is intended to provide wide-swath altimetry coverage of the Crane Glacier and surrounding areas. The path will follow the same path flown on November 5, 2009. 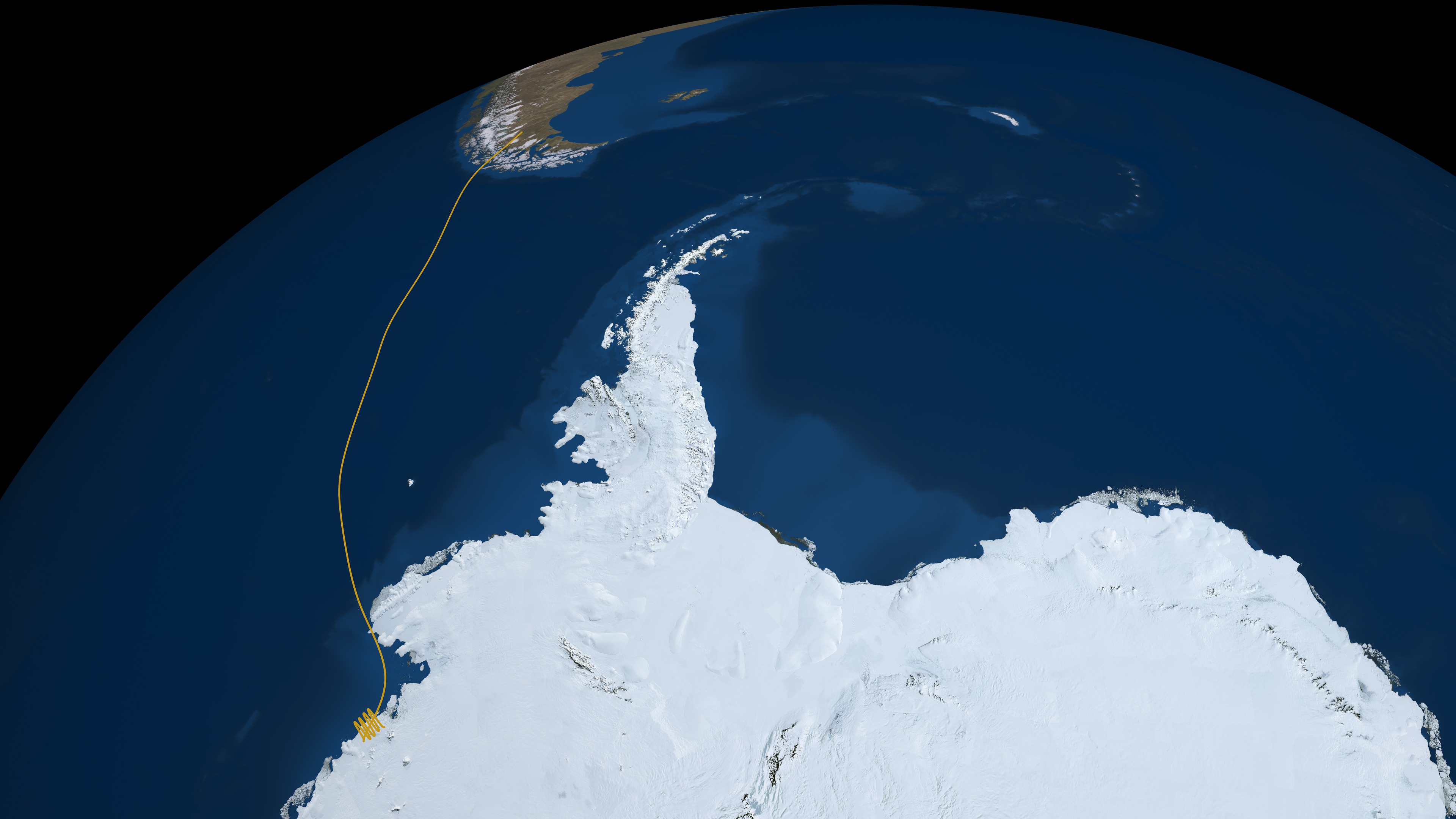 Download Options
This path will map the Crosson Ice Shelf and the bathymetry of the cavity beneath the floating ice tongue, using gravimeter supplemented by radar and altimetry measurements. 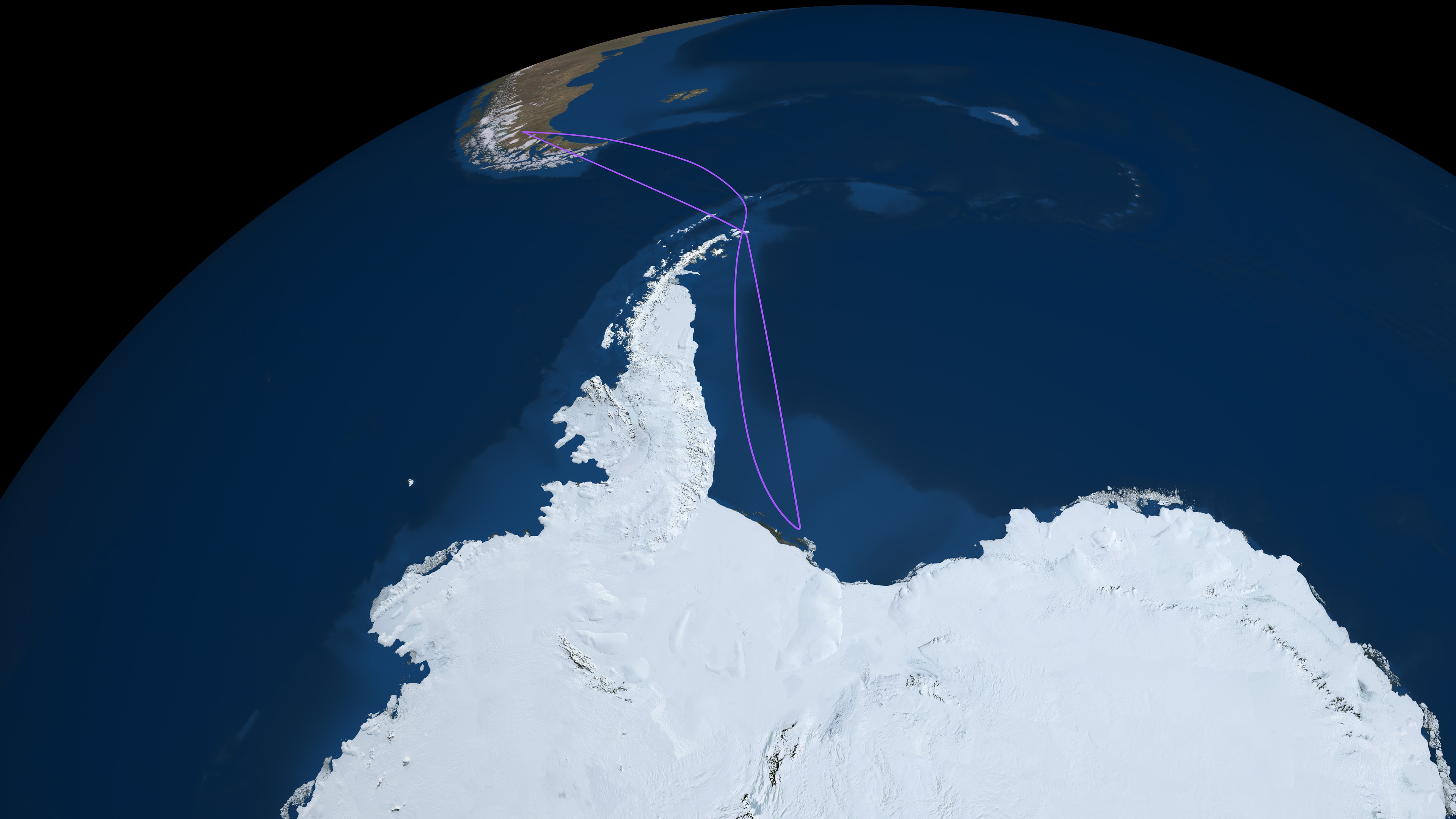 Download Options
This mission is a partial repeat of Ice Bridge Flight on October 30, 2009. 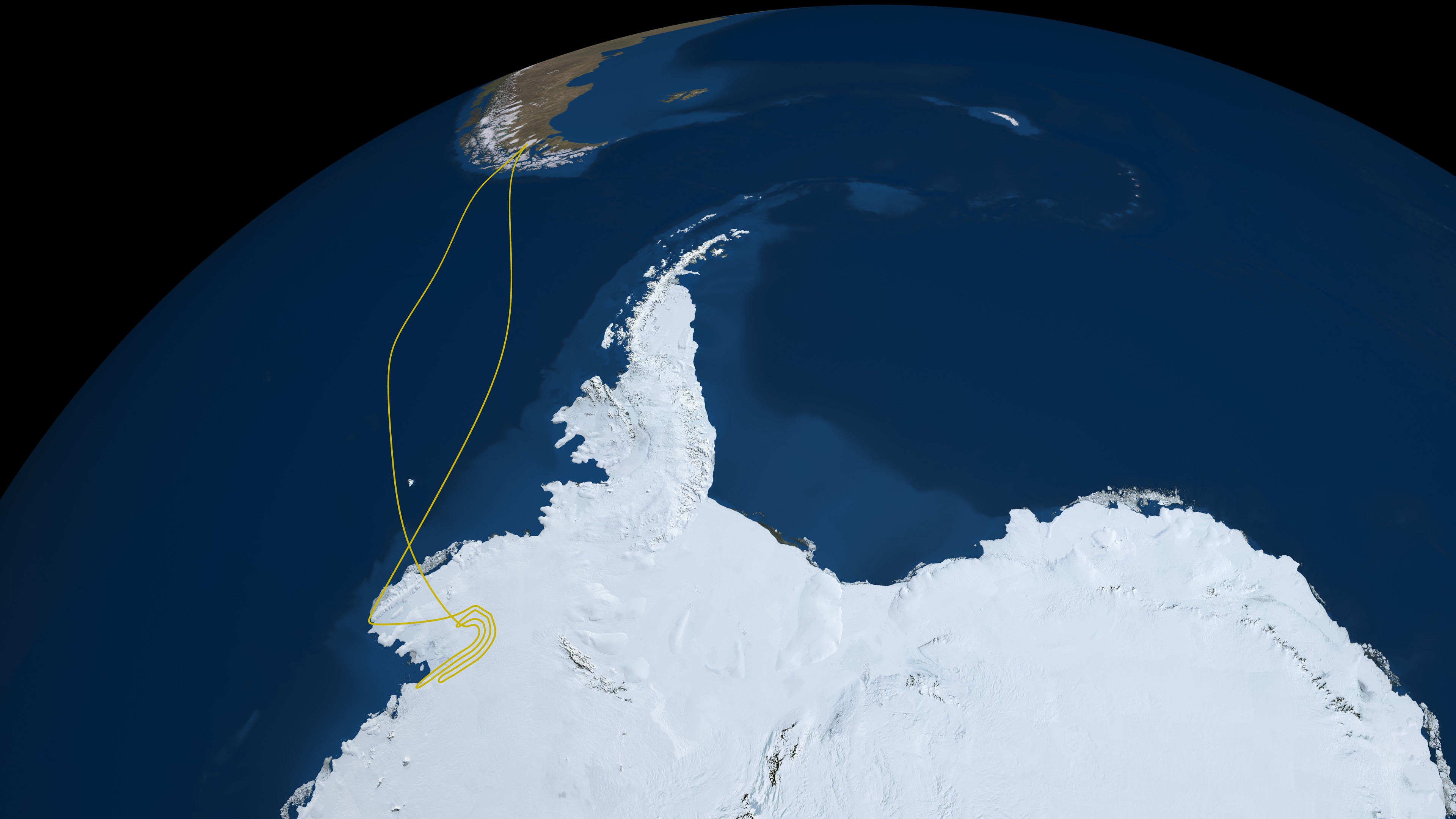 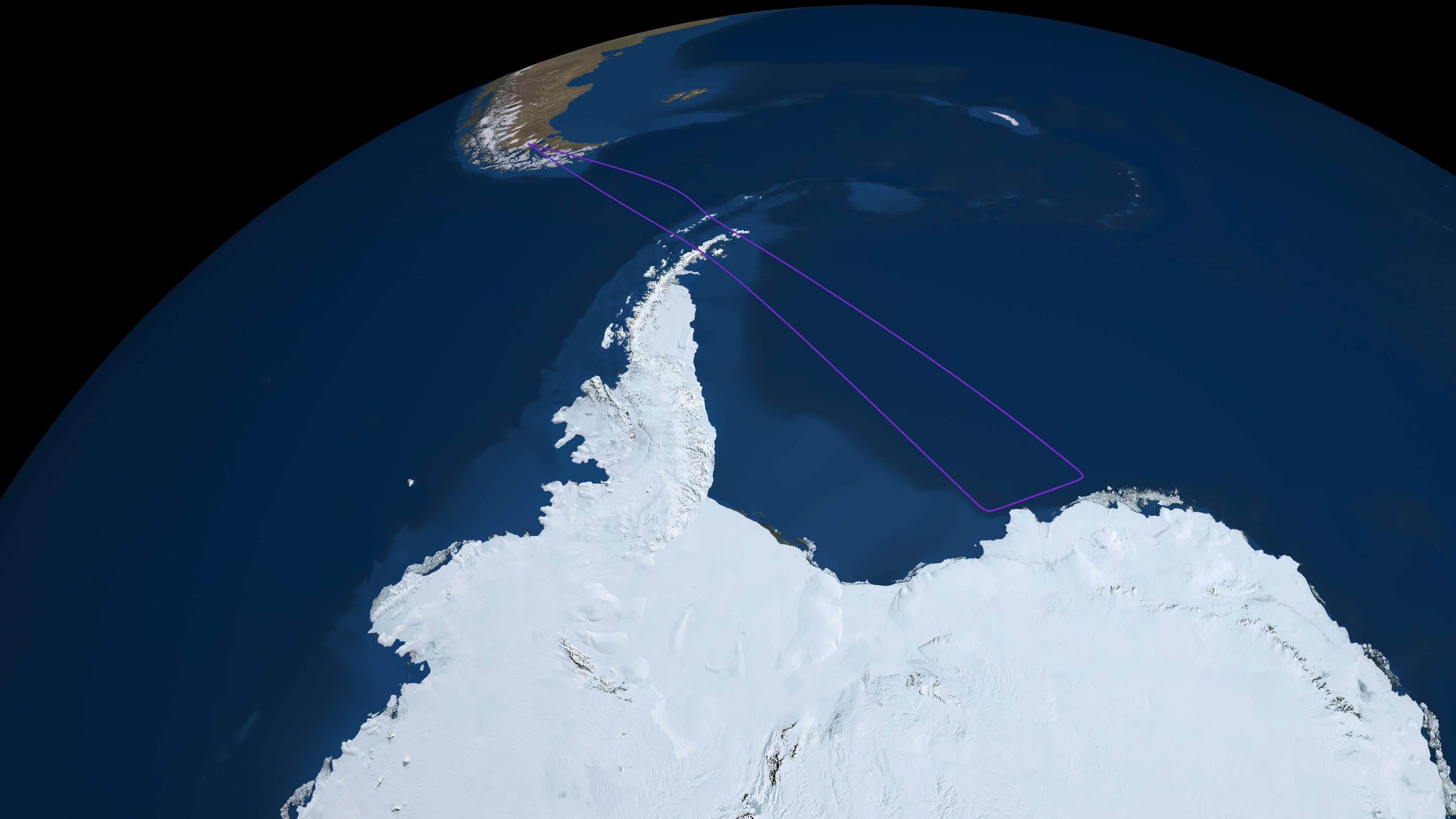 Download Options
The purpose of this flight is to measure gradients in sea ice freeboard (and thickness) along the "gate" connecting the tip of the Peninsula with Cape Norvegia. This gate is the line across which ice export is typically computed, and the export from this area is a major contributor to total ice volume exported into the Antarctic Circumpolar Current.