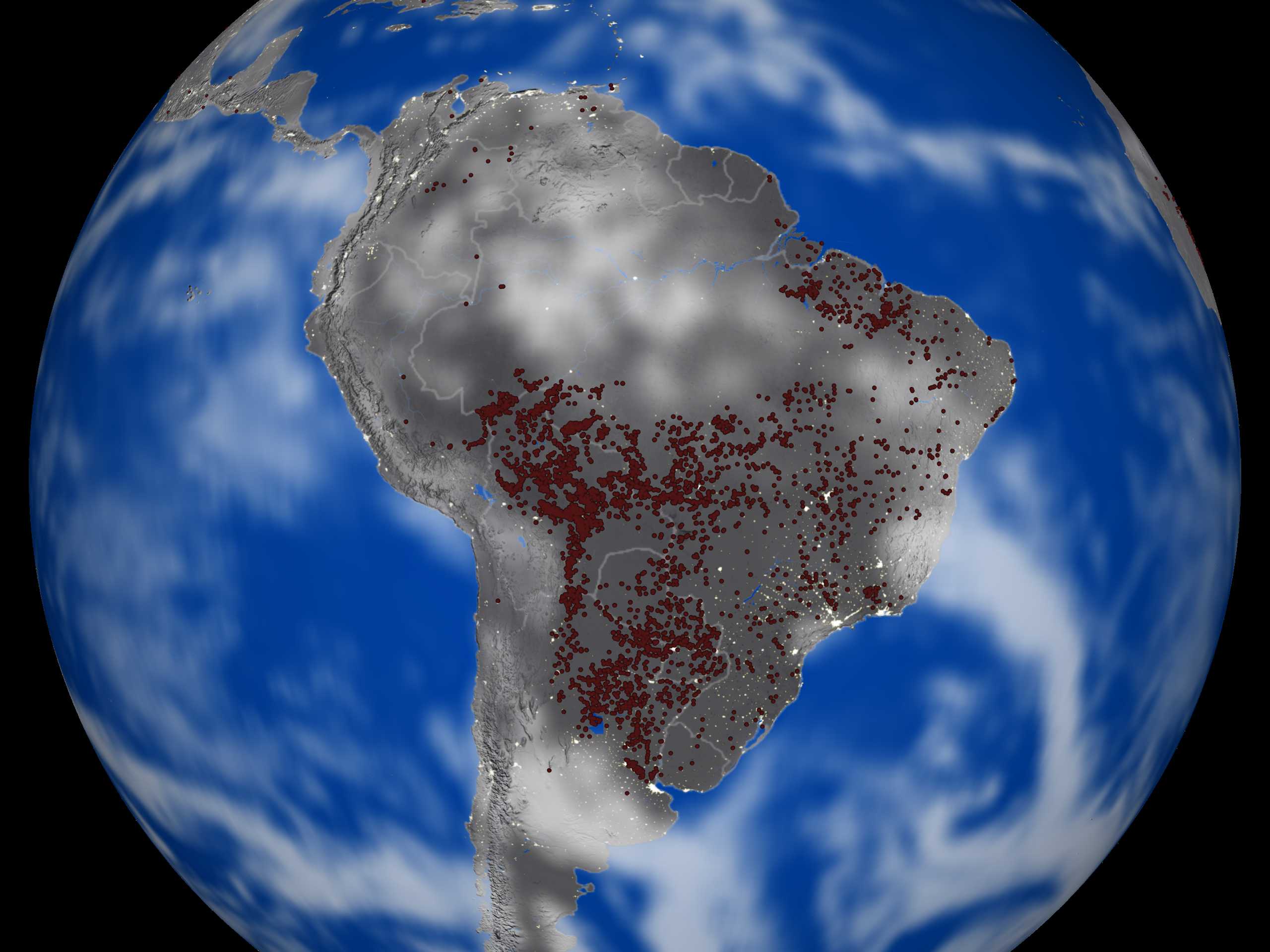 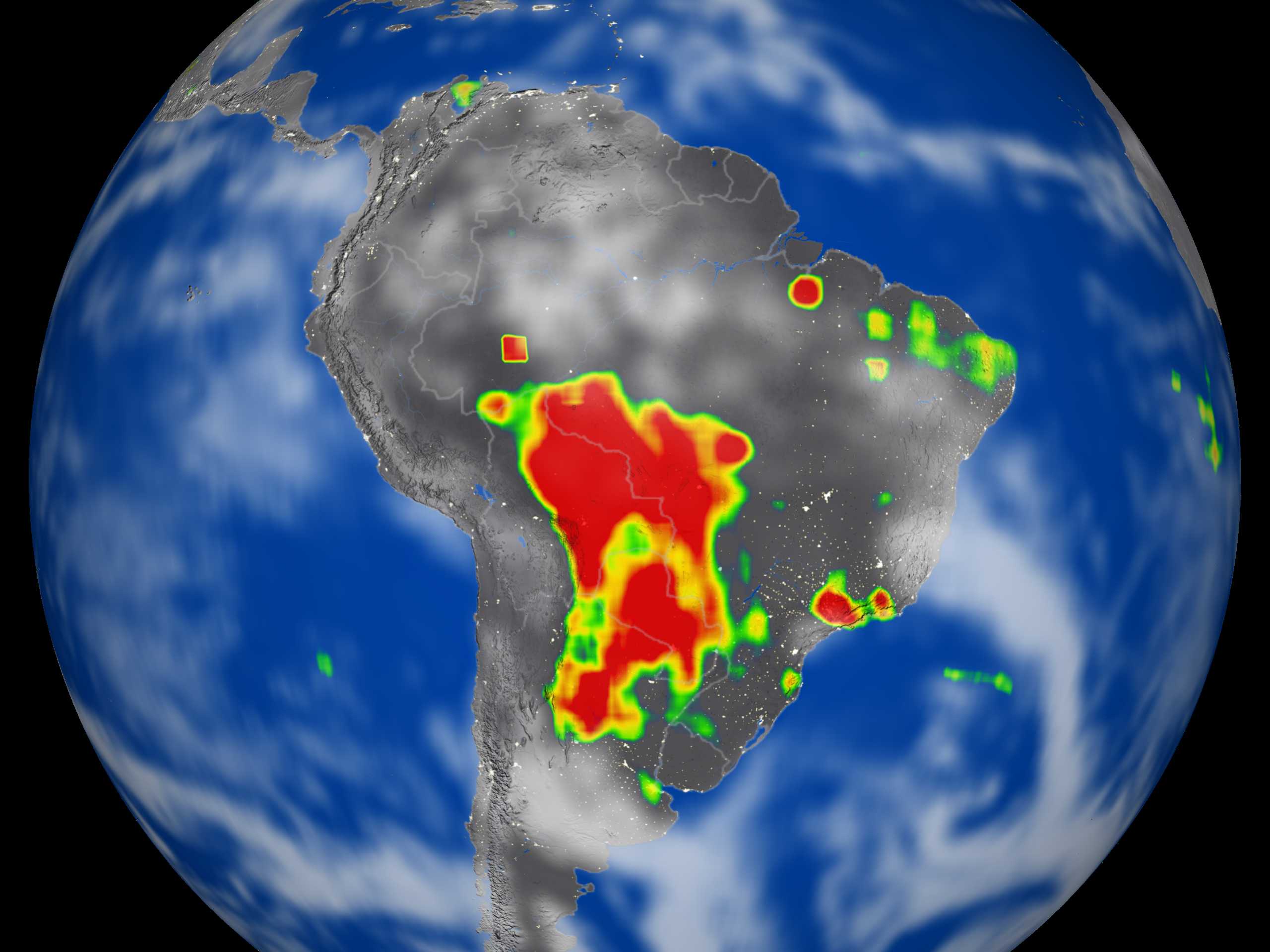 Download
Aura measures NO2 concentration over South America on October 7, 2004 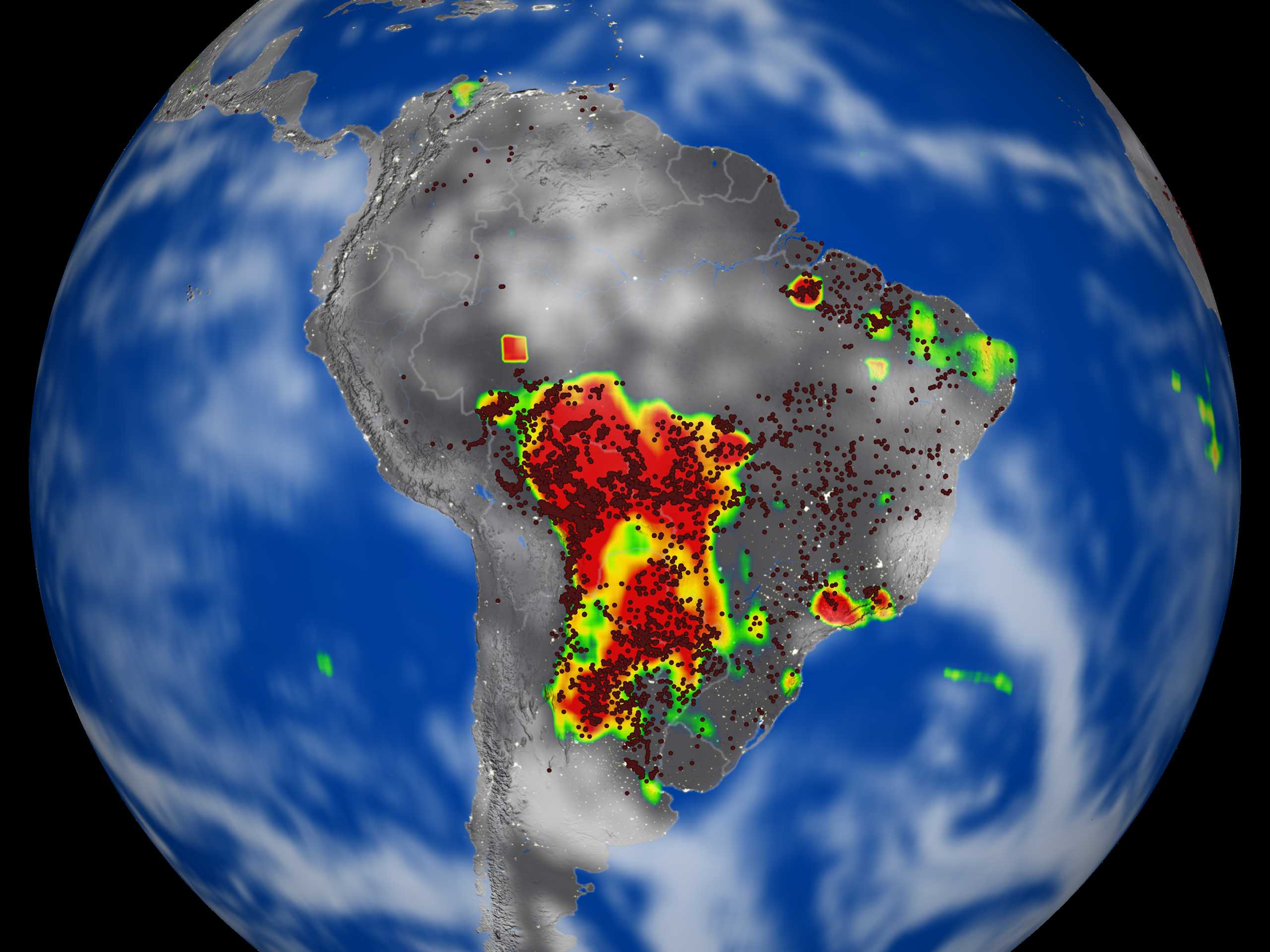 Download
Fires and NO2 concentration measured from Space on October 7, 2004

2004/10/07
Credit:
Fire location data courtesy of MODIS Rapid Response Project (NASA/GSFC and University of Maryland - http://rapidfire.sci.gsfc.nasa.gov)
view all stories where this data set is used
Note: While we identify the data sets used in these visualizations, we do not store any further details nor the data sets themselves on our site.