Visualizations by Lori Perkins Released on December 13, 2004
Download Options
This animation shows Ozone over Antarctica between September 12, 2004 and November 15, 2004. 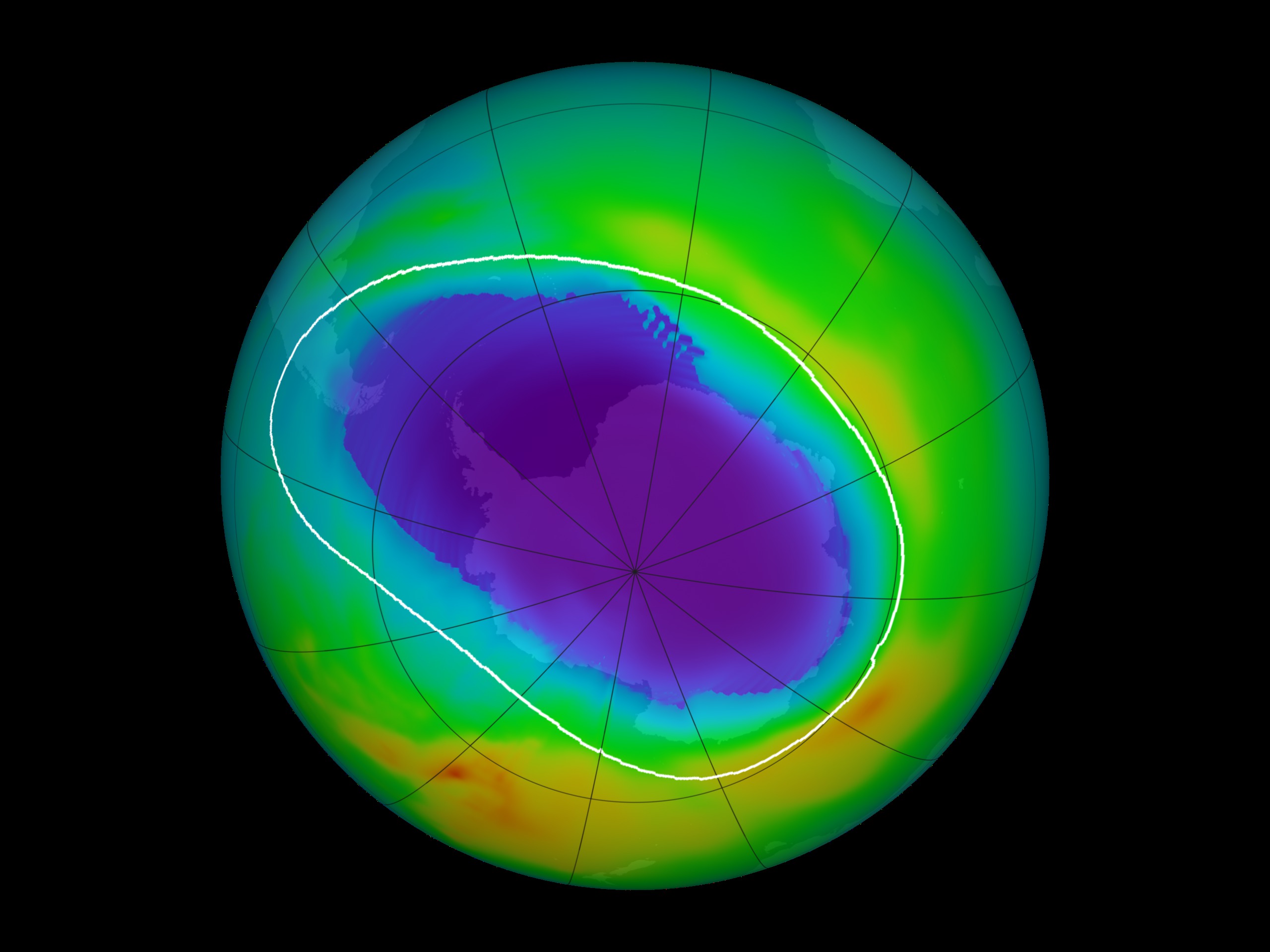 2004/09/12 - 2004/11/15
Derived by folks at JPL, not publicly available
view all stories where this data set is used
Note: While we identify the data sets used in these visualizations, we do not store any further details nor the data sets themselves on our site.