Visualizations by Cindy Starr Released on April 22, 2002
Download Options
This animation shows the difference between average climatology and actual sea surface temperature over the Pacific Ocean from July 5, 2001 through March 10, 2002. 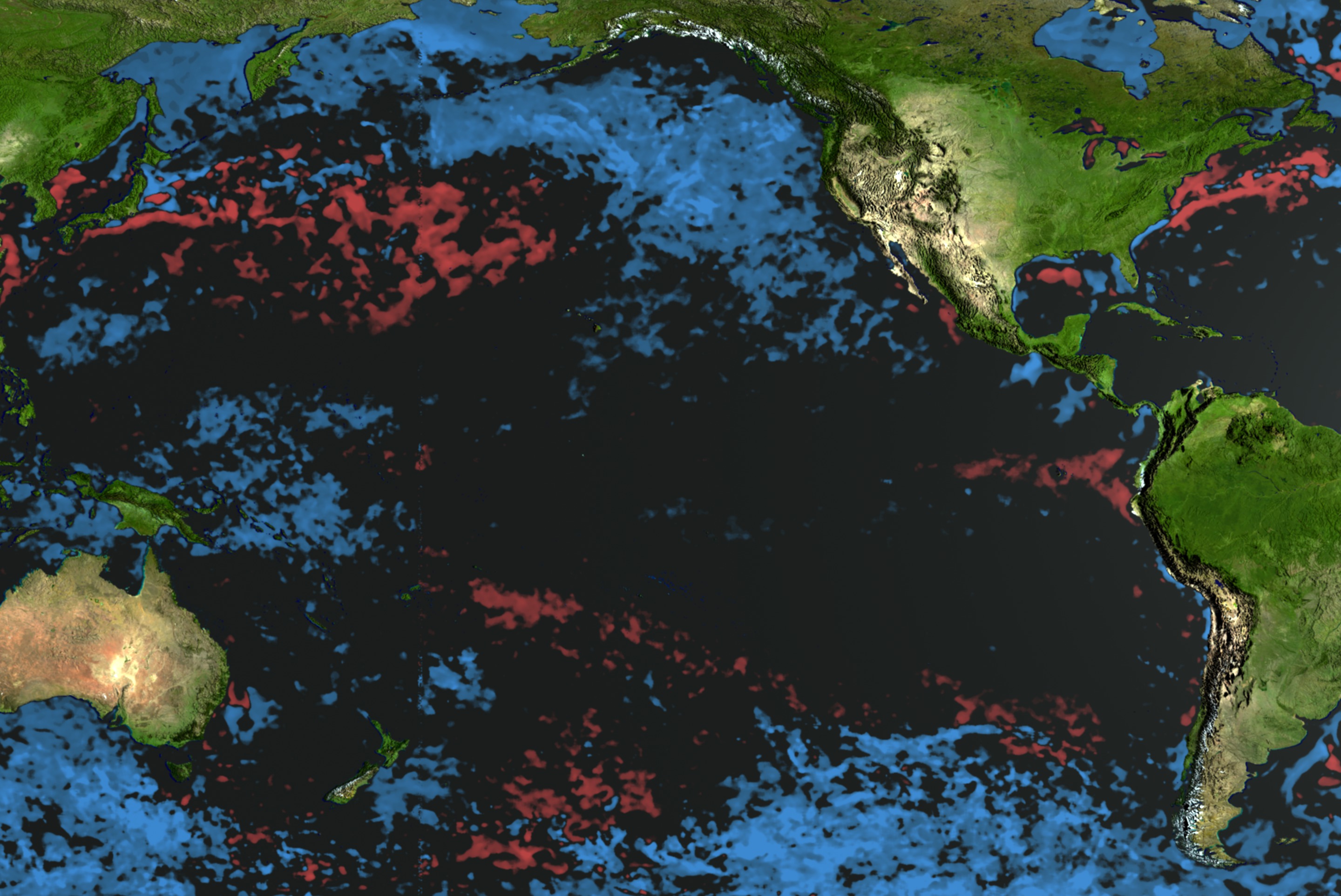 Download Options
This image shows the difference between the average climatology and the actual sea surface temperature over the Pacific Ocean on December 24, 2001. 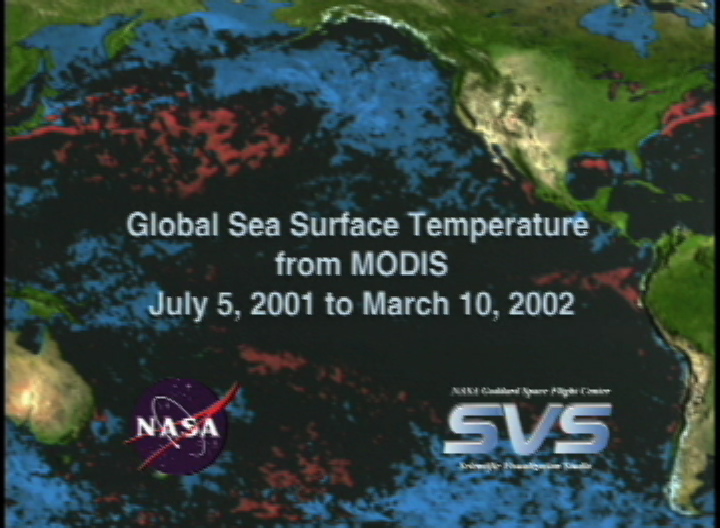 http://podaac.jpl.nasa.gov/products/product111.html
view all stories where this data set is used

July 5, 2001 - March 10, 2002
view all stories where this data set is used
Note: While we identify the data sets used in these visualizations, we do not store any further details nor the data sets themselves on our site.