Visualizations by Lori Perkins Released on November 17, 2001
Download Options
This animation of Asia shows each of the 17 MODIS landcover classifications individually and then the series repeats with each of the classes being shown additively. 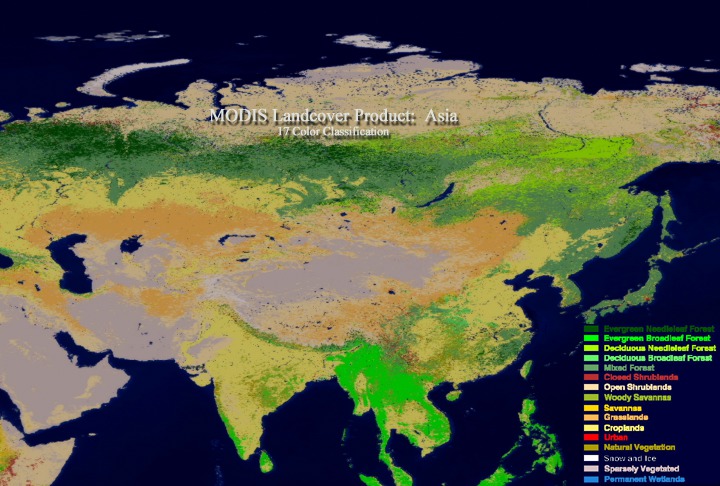 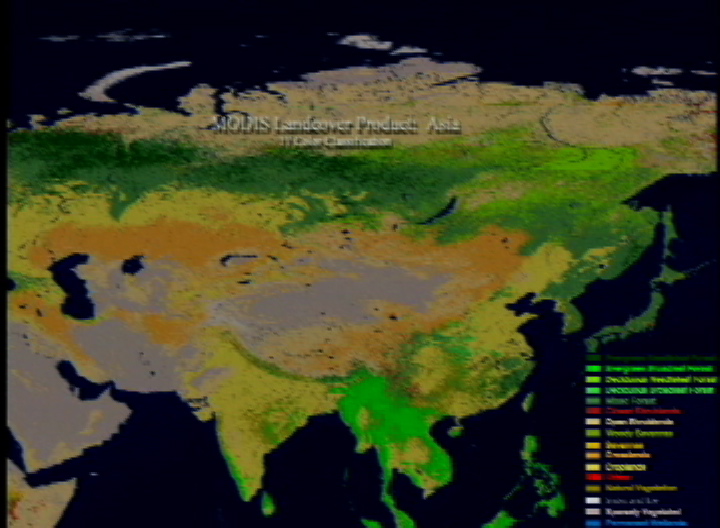 January 2001 to July 2001
view all stories where this data set is used
Note: While we identify the data sets used in these visualizations, we do not store any further details nor the data sets themselves on our site.

This item is part of this series:
MODIS Landcover