Visualizations by Stuart A. Snodgrass Released on March 21, 2001
Download
Looking into the Central American fishing season, in this flat projection you can see the Latin America and yellow plumes of life. 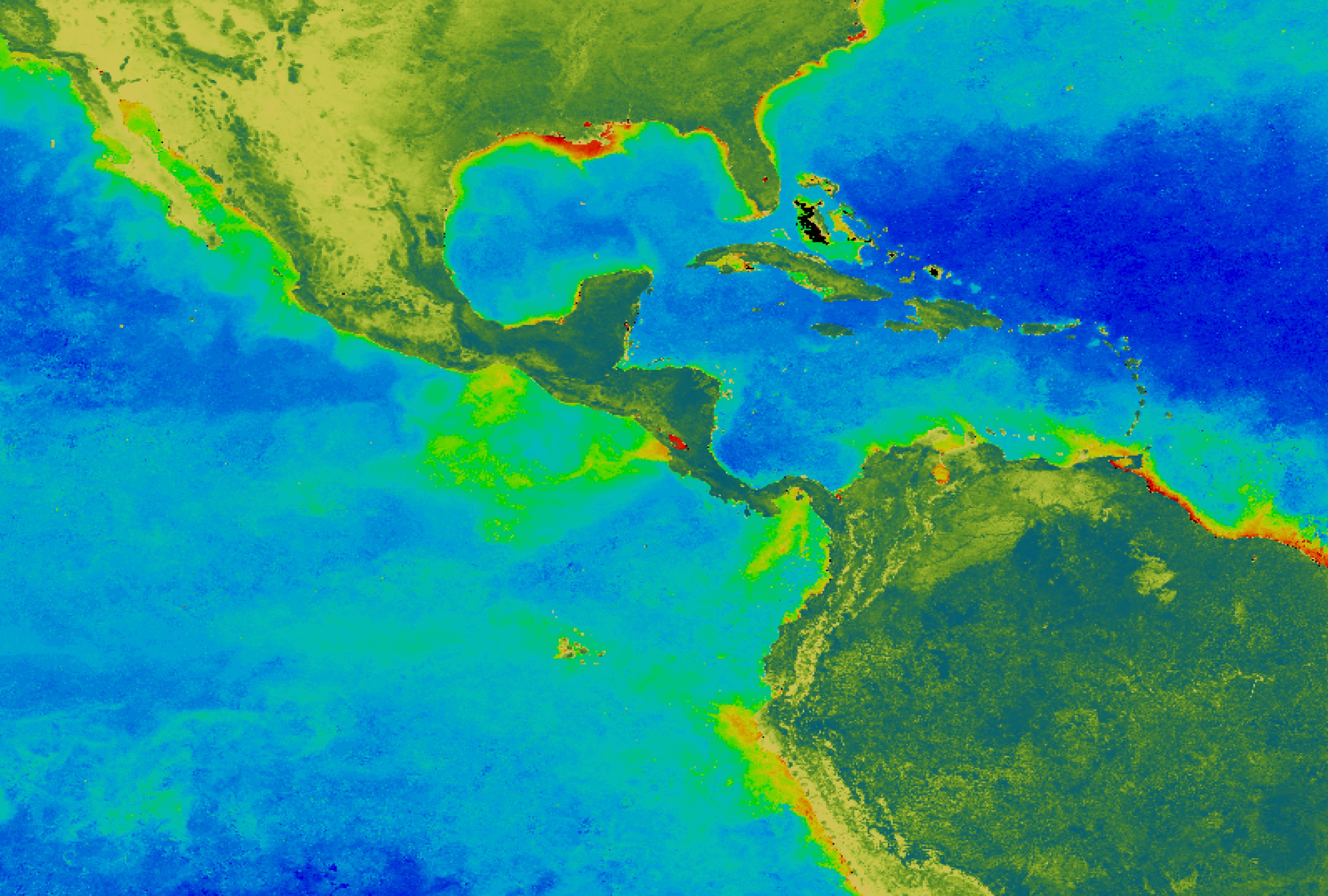 Download
In this flat image of Central America, you can see the Latin America and yellow plumes of life. 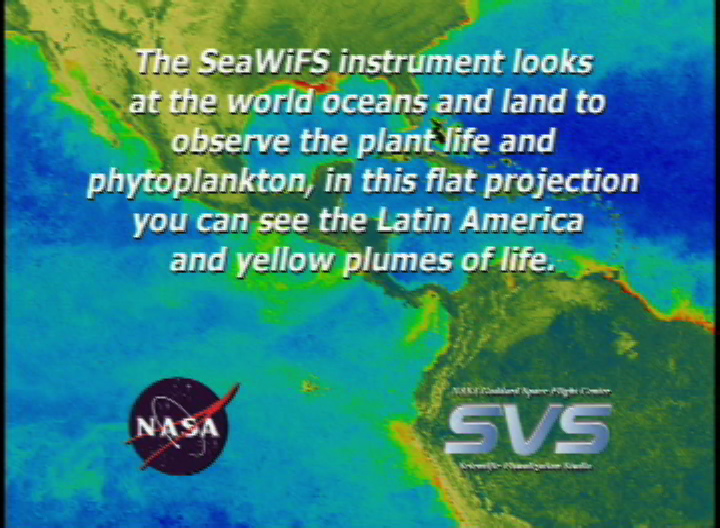 Download
Video slate image reads, "The SeaWiFS instrument looks at the world oceans and land to observe the plant life and phytoplankton, in this flat projection you can see the Lantin America and yellow plumes of life."