Visualizations by Jesse Allen Released on April 9, 1999
Download Options
A flyby of the Portland region, using Landsat data from May 6, 1992, draped over elevation data. Vertical heights are exaggerated by a factor of 2. 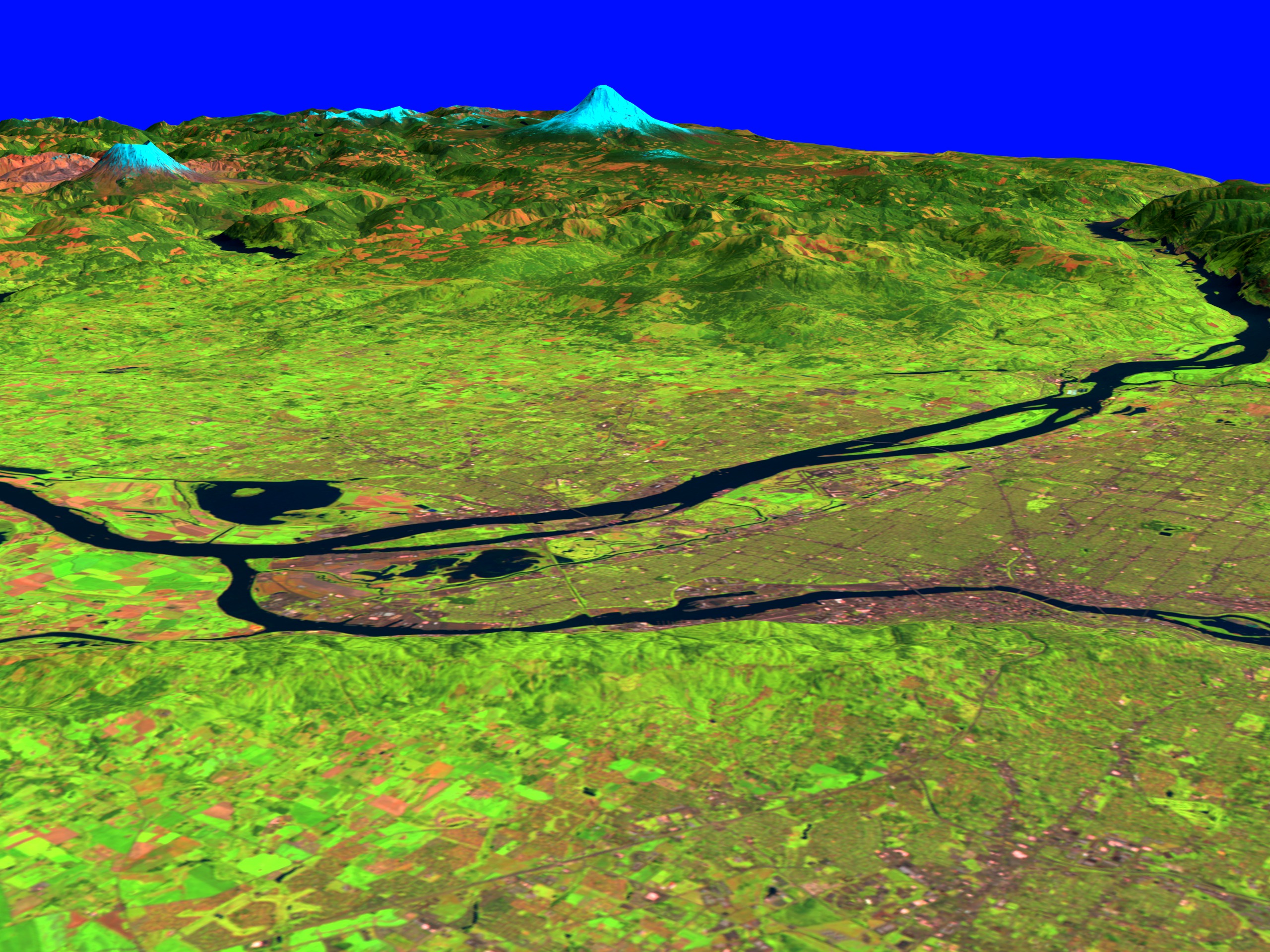 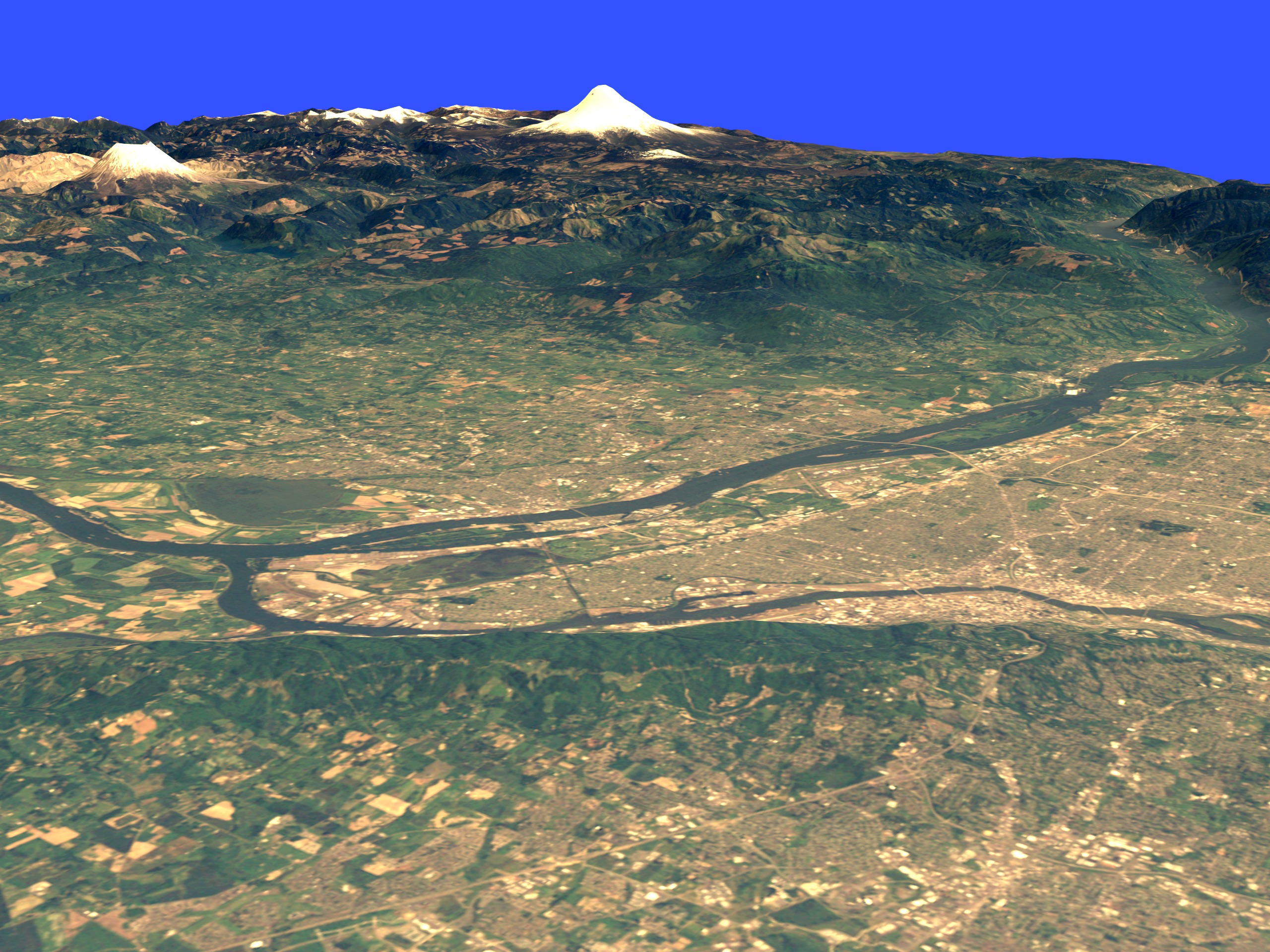 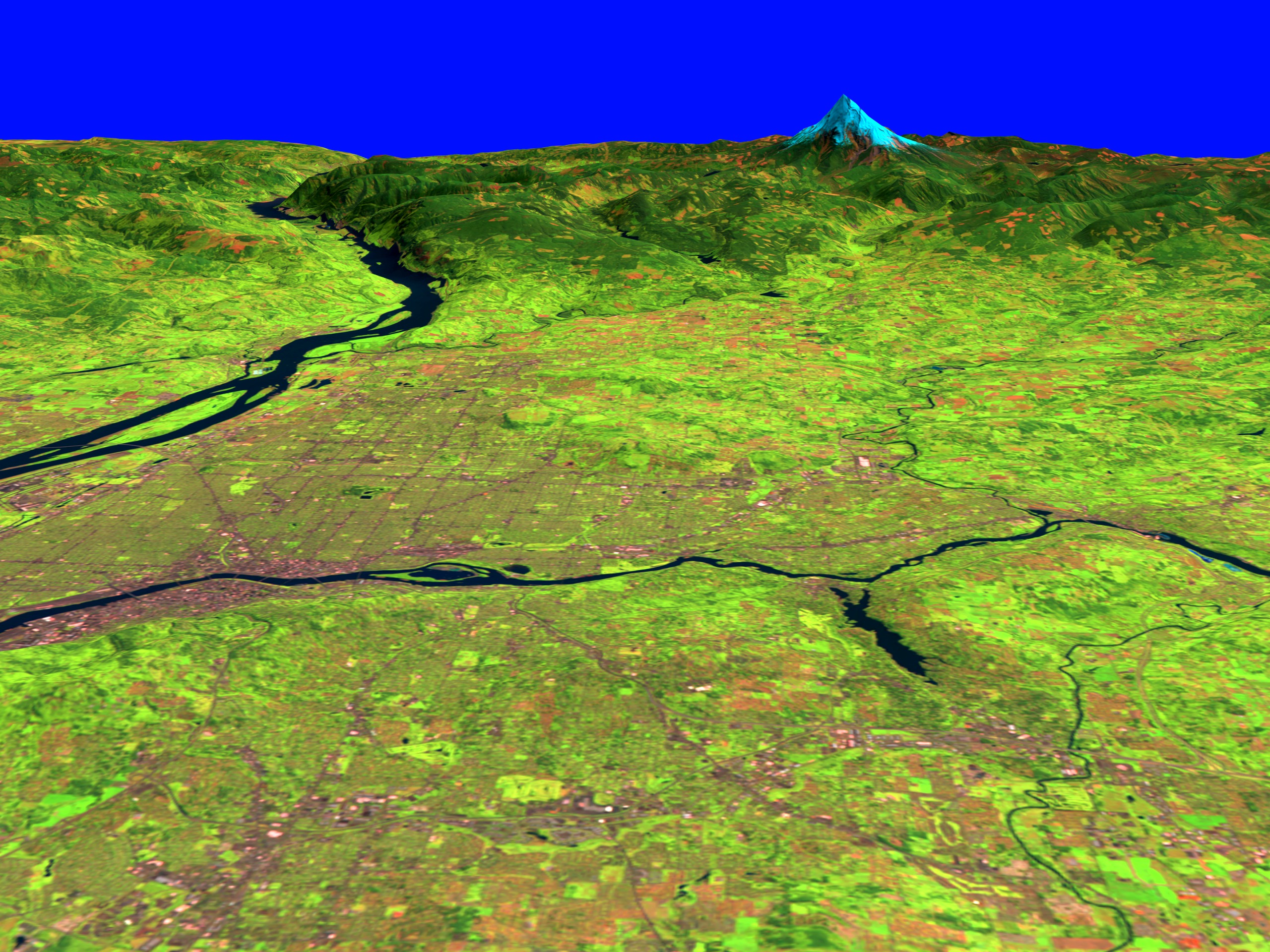 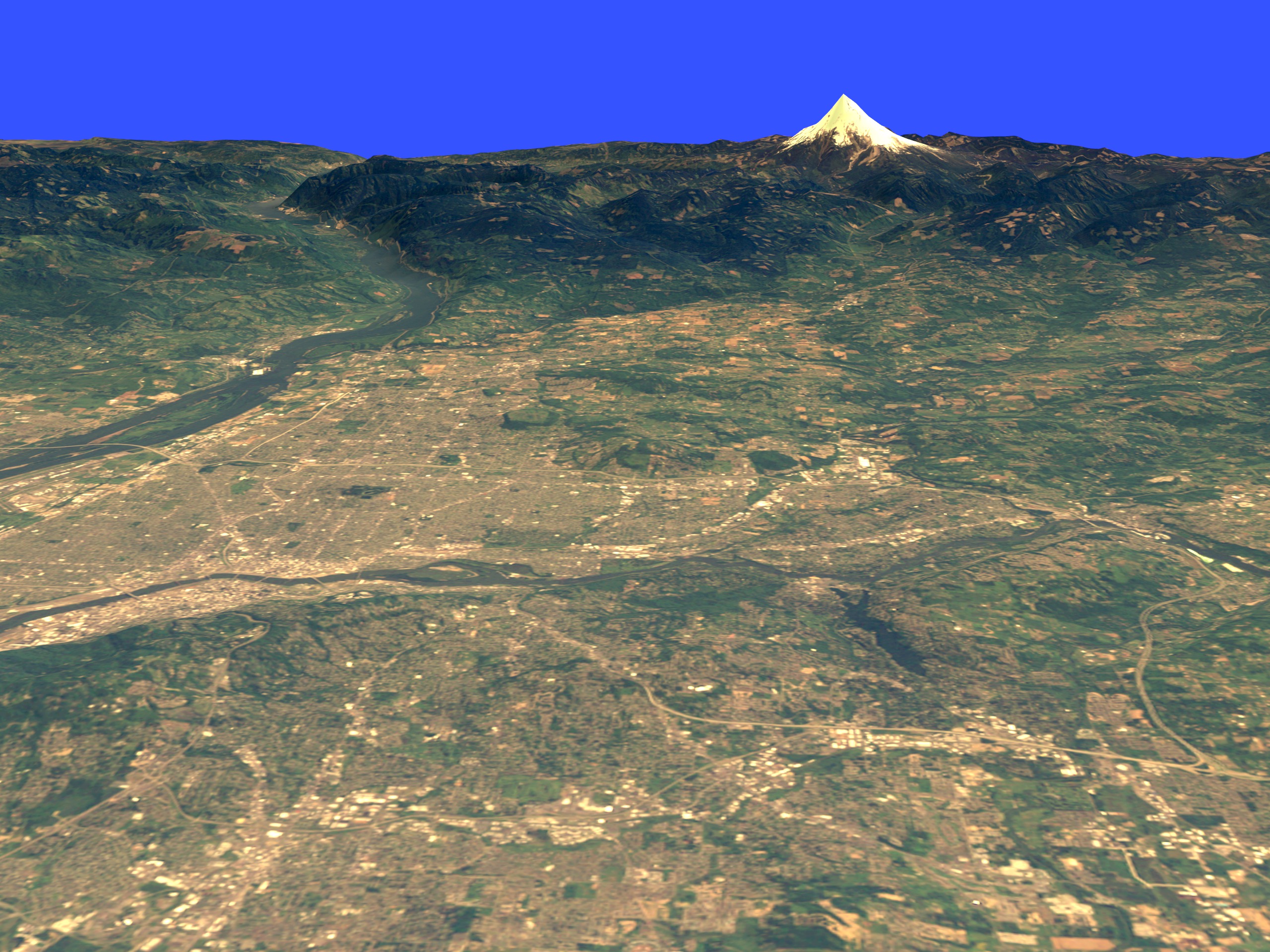 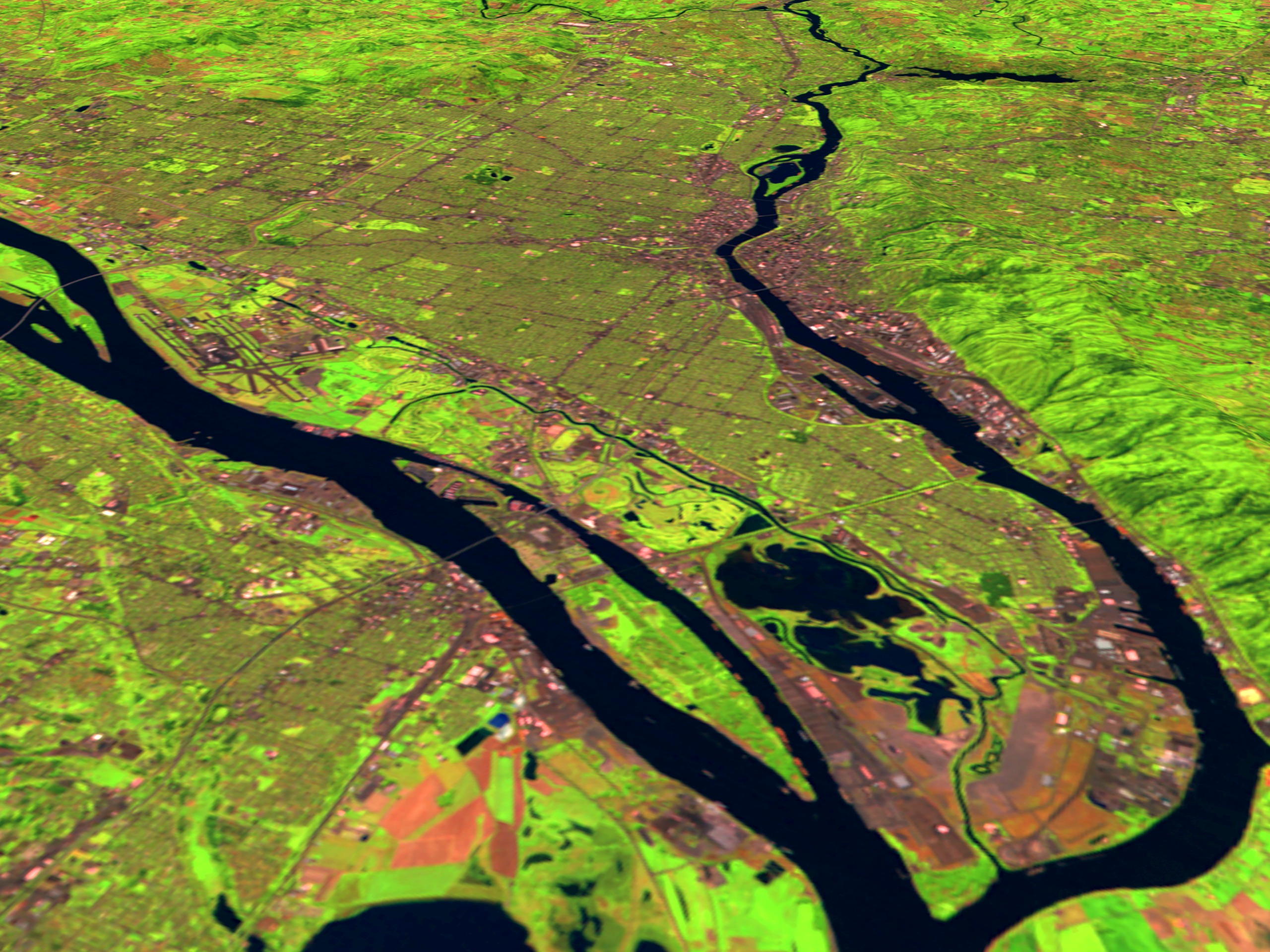 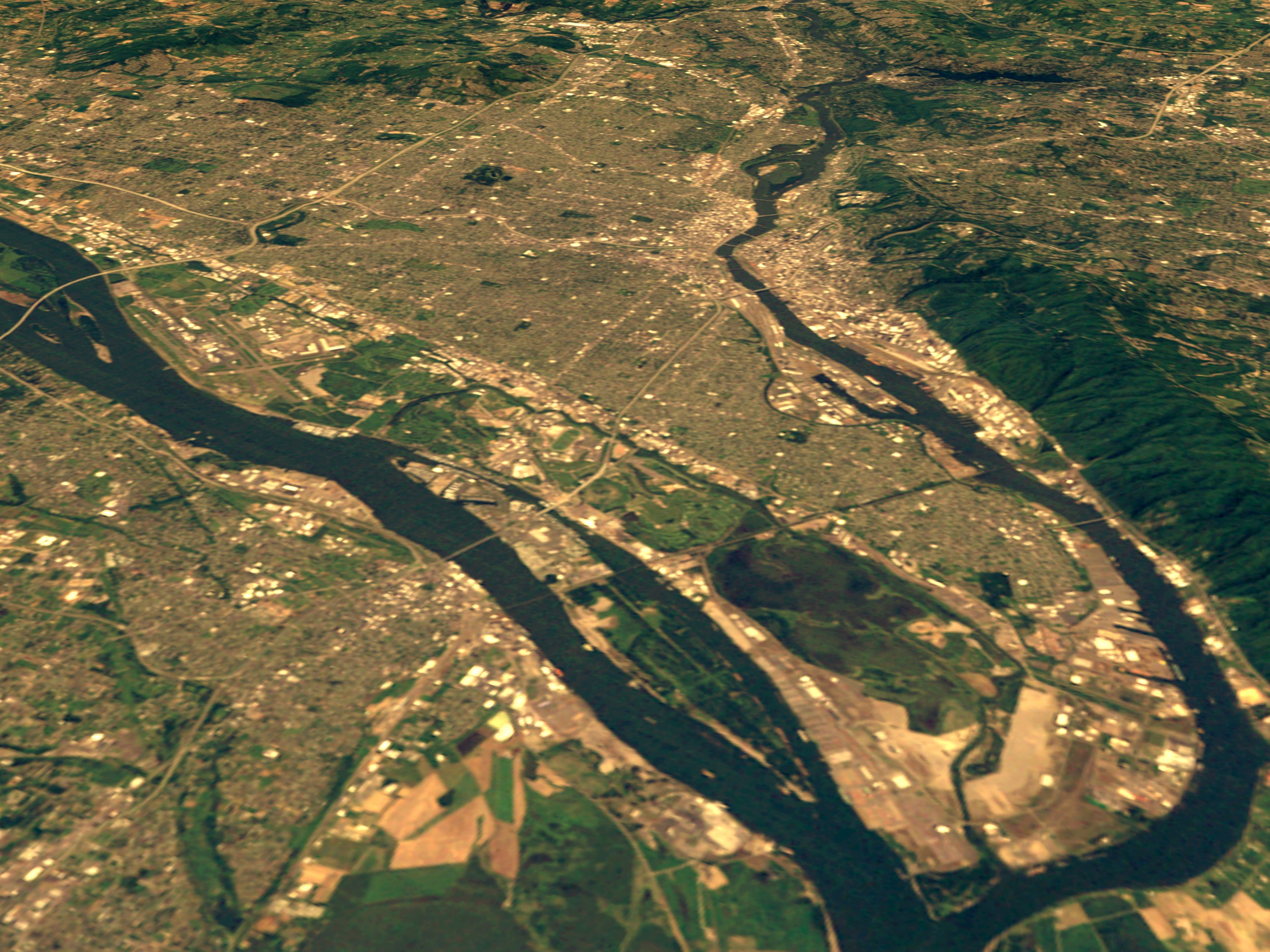 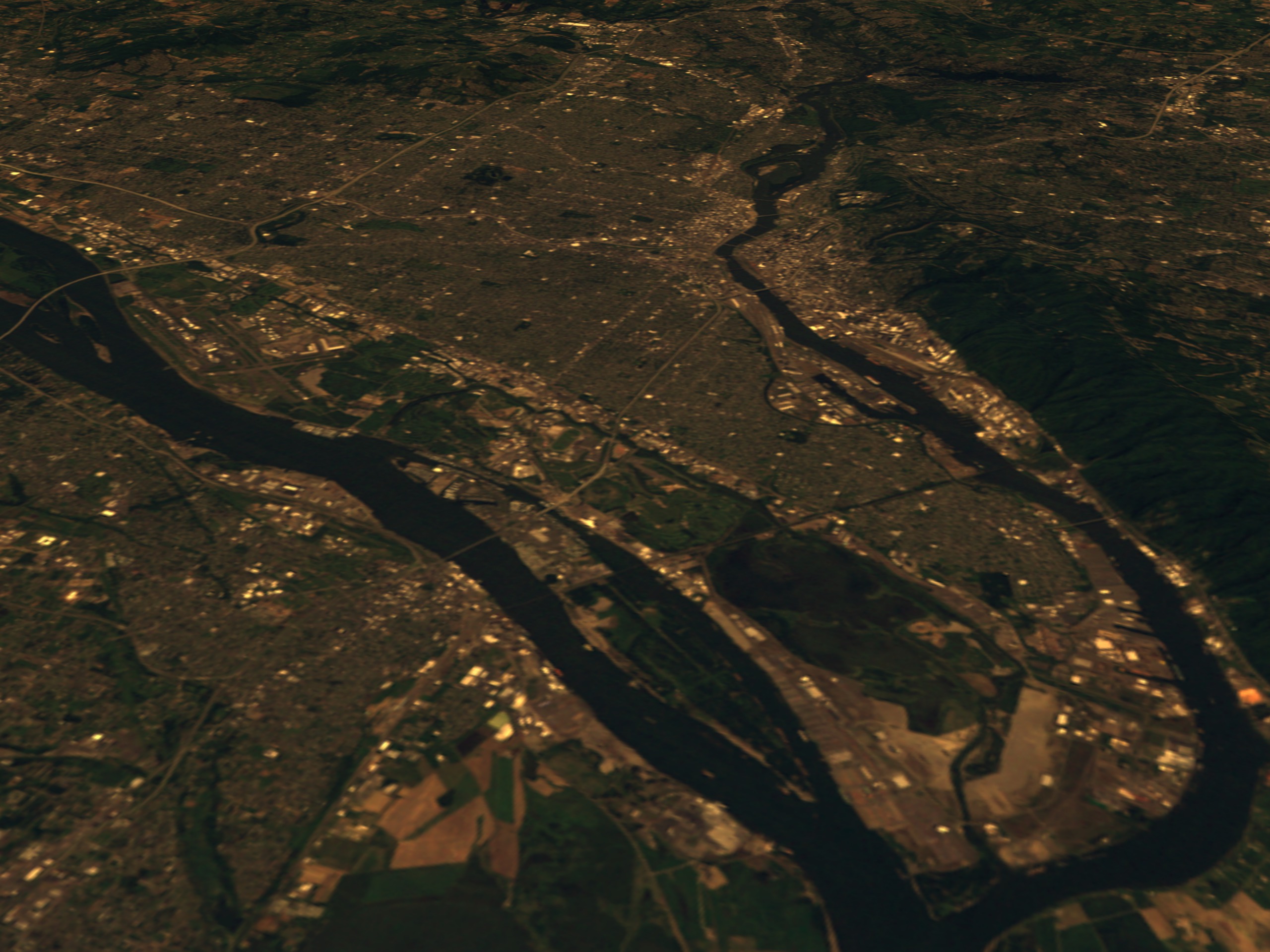 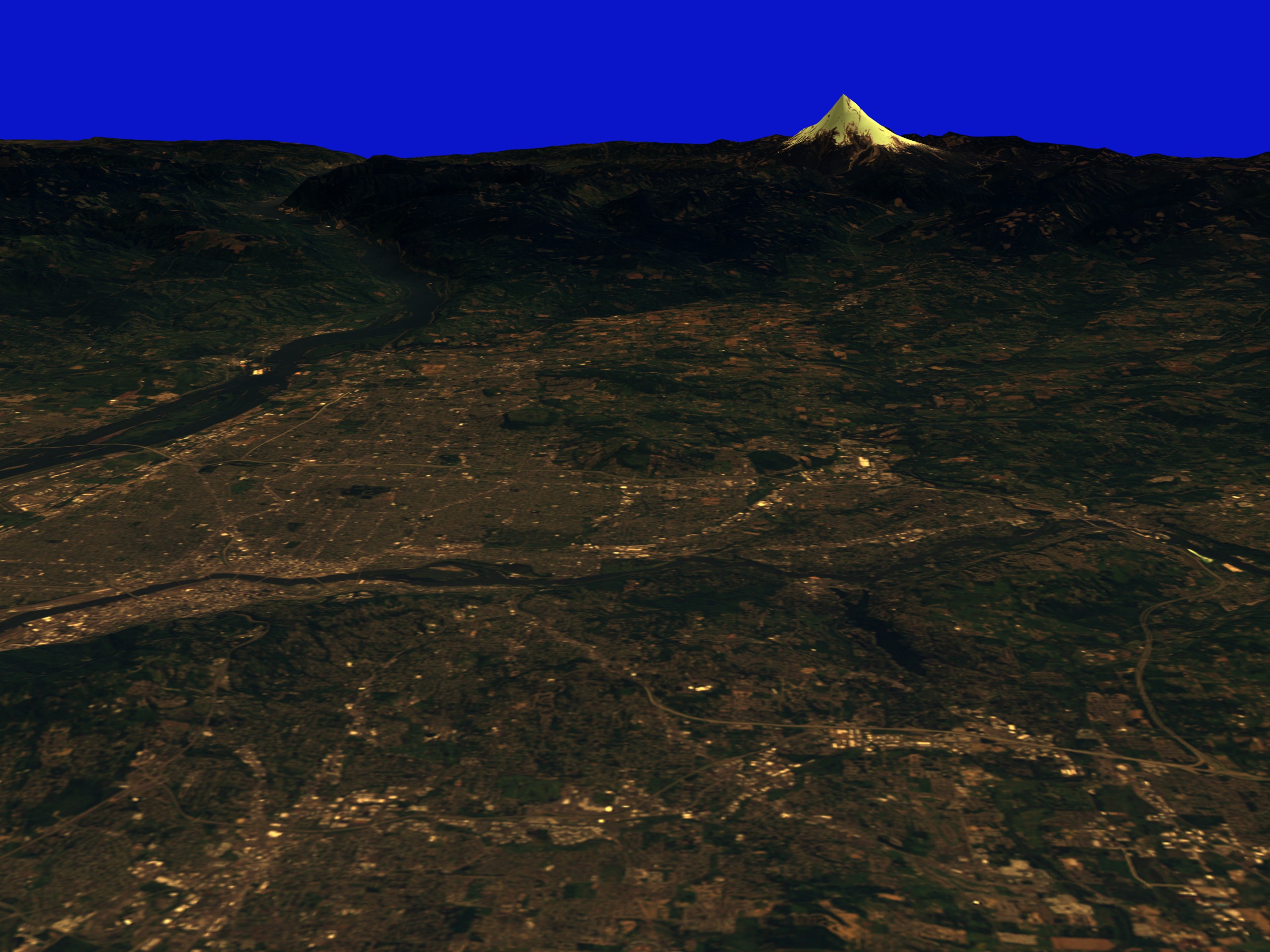 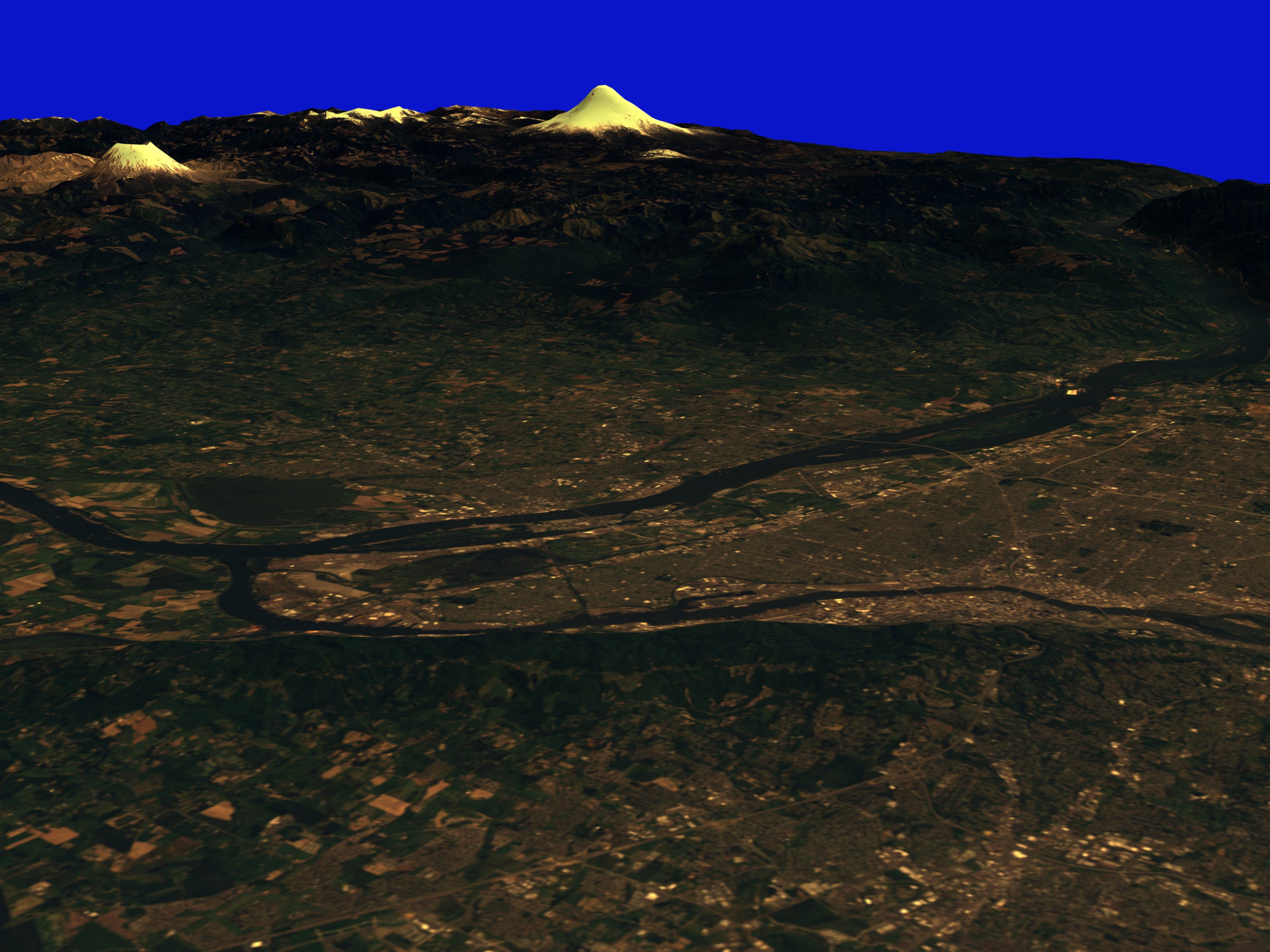 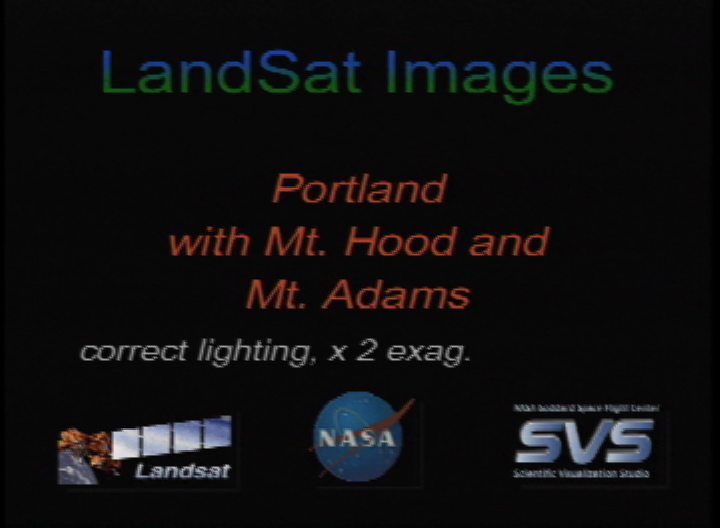