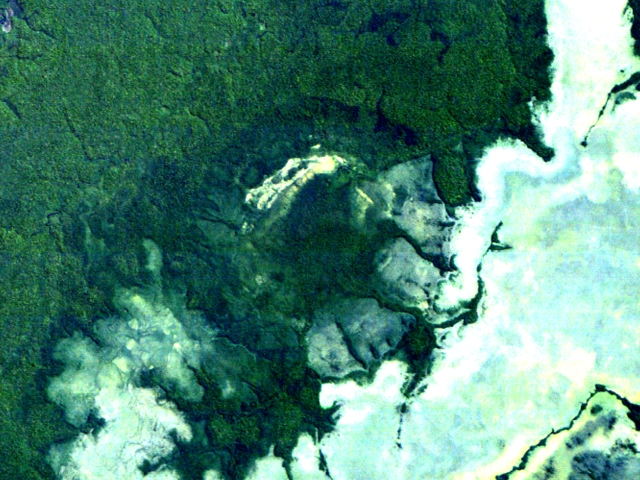 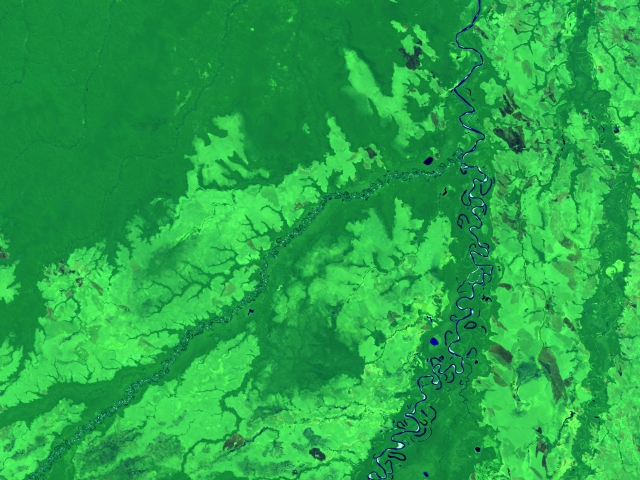 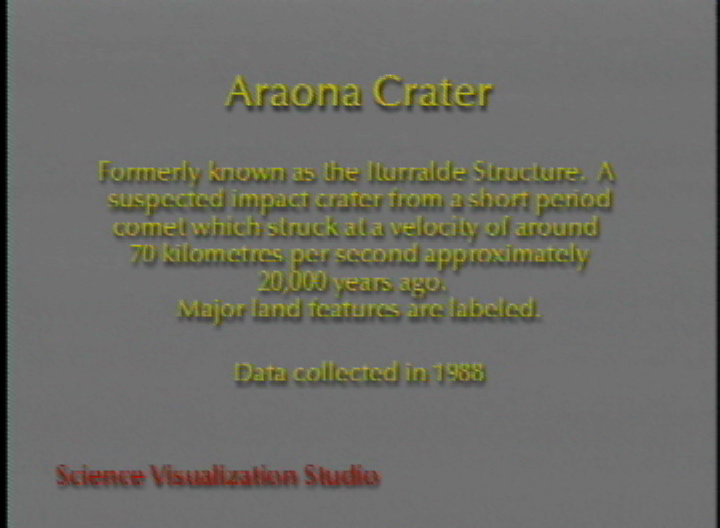 Download Options
Video slate image reads, "Araona Crater
Formerly known as the Iturralde Structure. A suspected impact crater from a short period comet which struck at a velocity of around 70 kilometers per second approximately 20,000 years ago.
Major land features are labeled.
Data collected in 1988".

1988, August 1993
view all stories where this data set is used
Note: While we identify the data sets used in these visualizations, we do not store any further details nor the data sets themselves on our site.

This item is part of this series:
Araona Crater