Visualizations by James W. Williams Released on April 9, 1999
Download Options
CFCs being broken up by UV radiation and the formation of hydrogen chloride and chlorine nitrate from the resulting chlorine 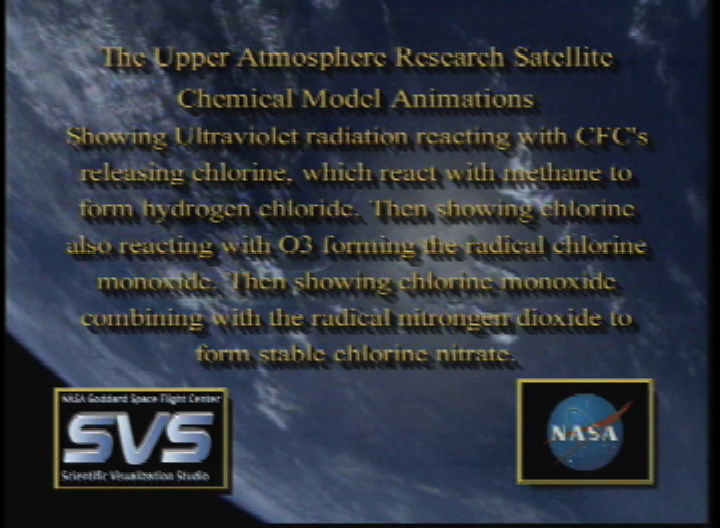 This item is part of this series:
UARS