Visualizations by John Blondin Released on July 10, 1990
Download
A close-up of the tidal distortion of a neutron star orbiting a massive star 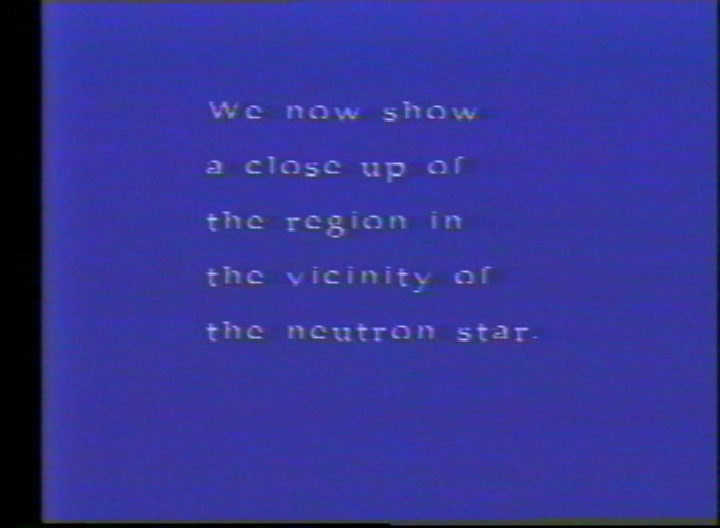 Download
Video slate image reads "We now show a close-up of the region in the vicinity of the neutron star."

This item is part of this series:
Neutron Star Tidal Distortion