One Looooong Pass—NASA Drops in on the Big Game

Animated GIF of the Superzoom
Refresh your browser to replay animation.

Download
Zoom out of Reliant Stadium with spin at the end

Big game, big planet. With thousands of people and millions of eyes descending on Houston, Texas this Sunday, the space agency descends on Reliant Stadium in a way that only NASA can. 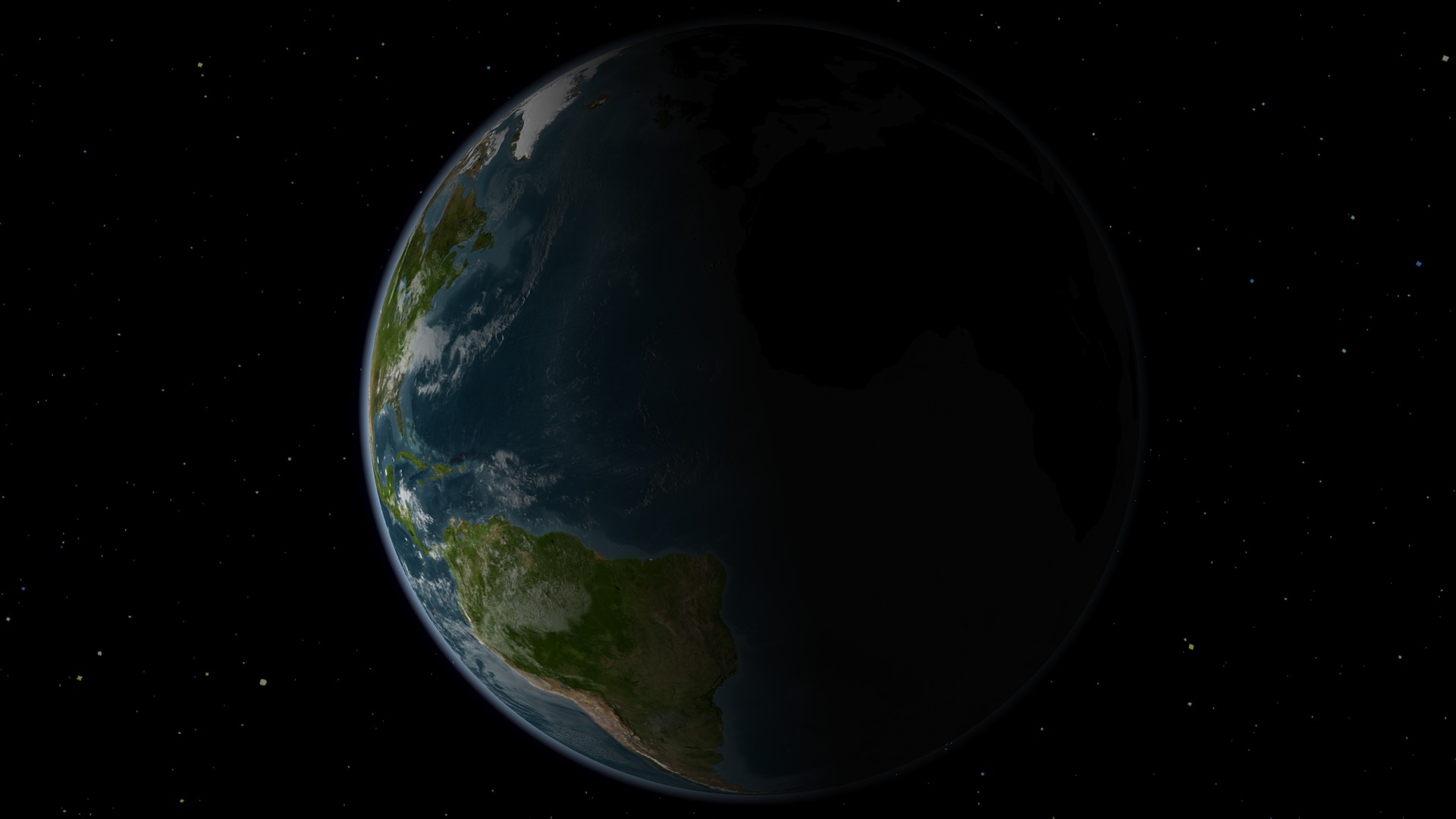 The journey starts out in space, with most of the Earth swathed in darkness. 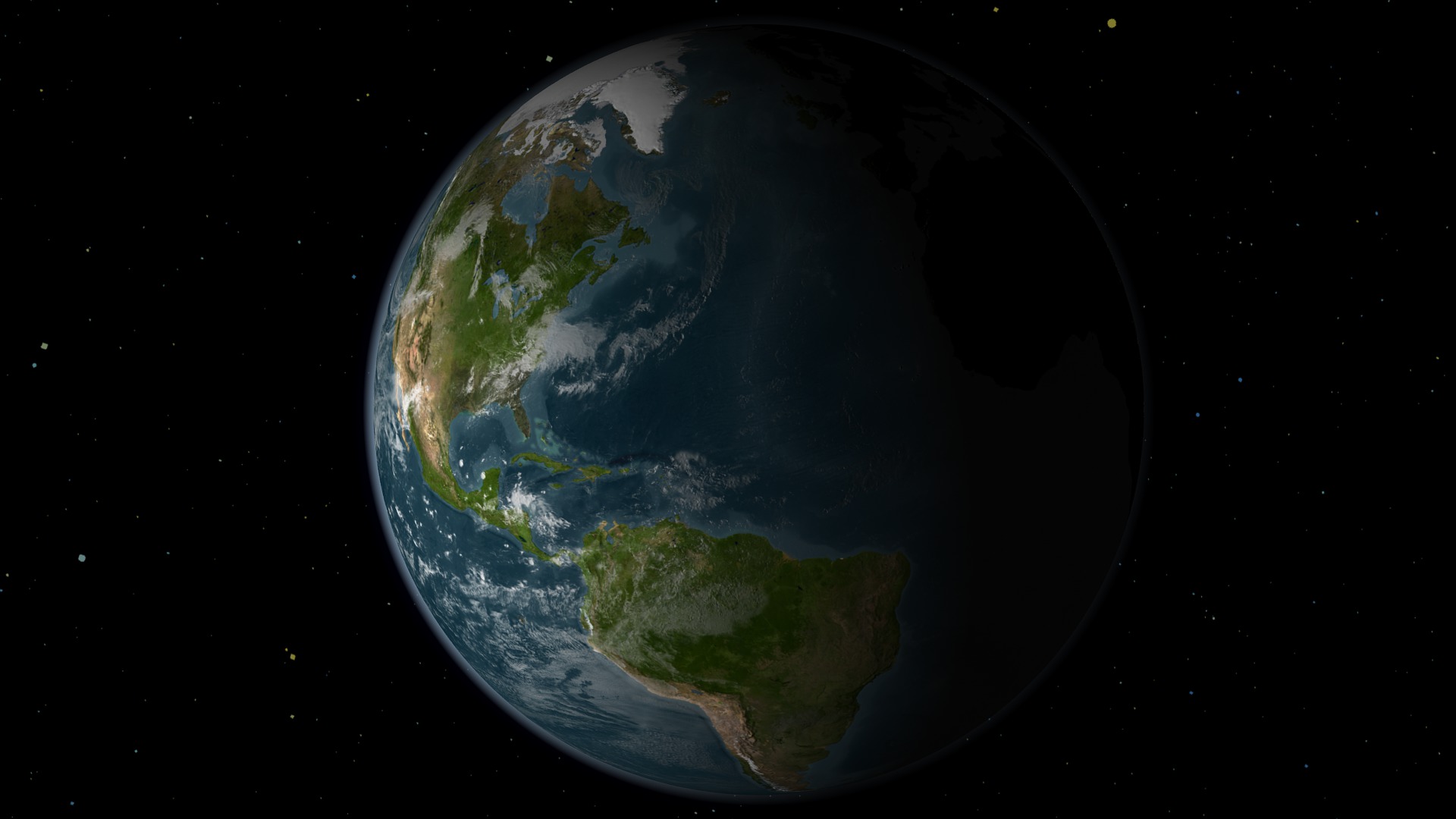 Then our camera starts moving into the dawning sunlight, and our plunge begins. 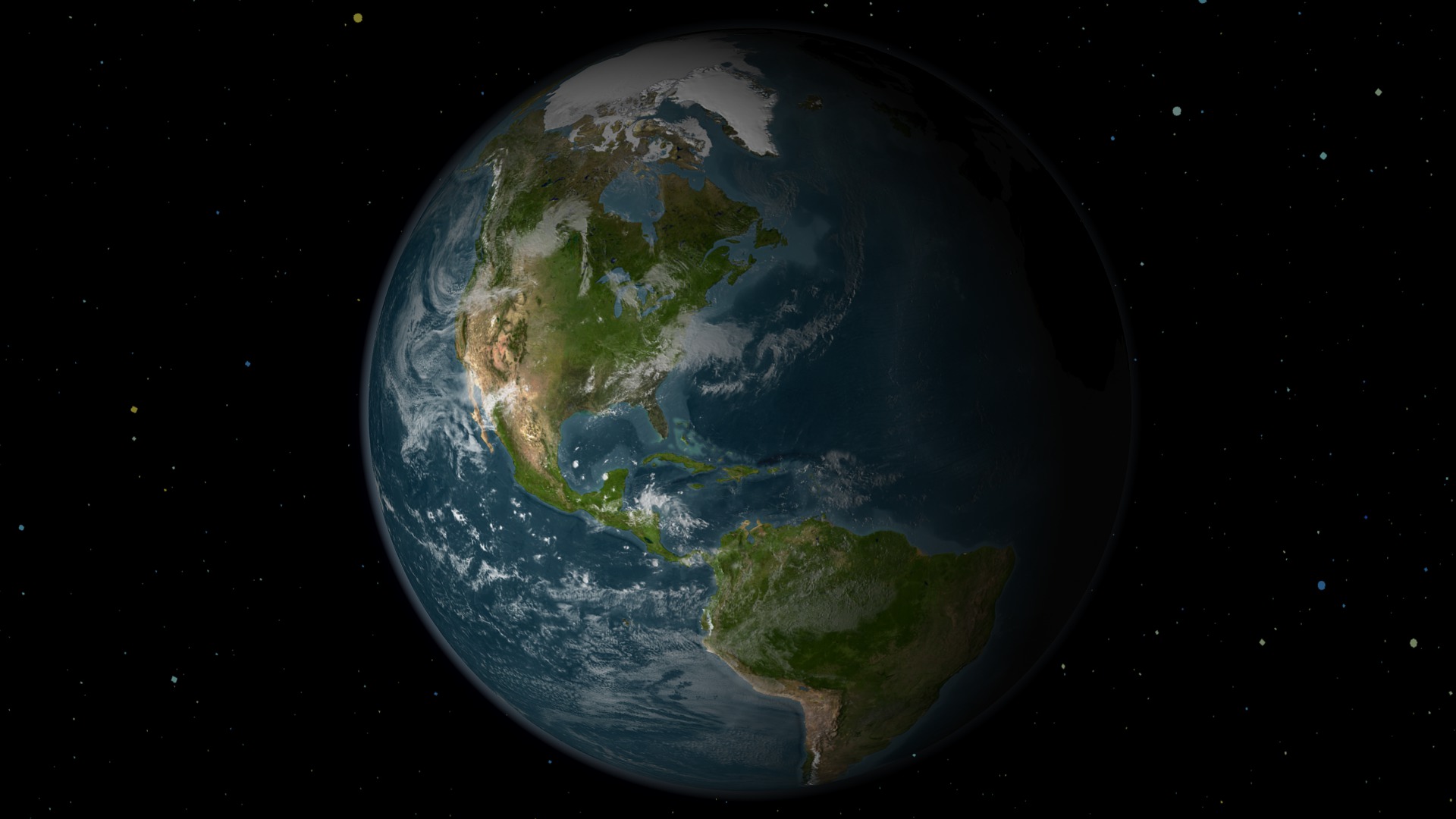 With the nimble fingers of an elite computer science team piloting our controls, we effortlessly fly through a series of images collected by satellites in NASA’s Earth Observing fleet. 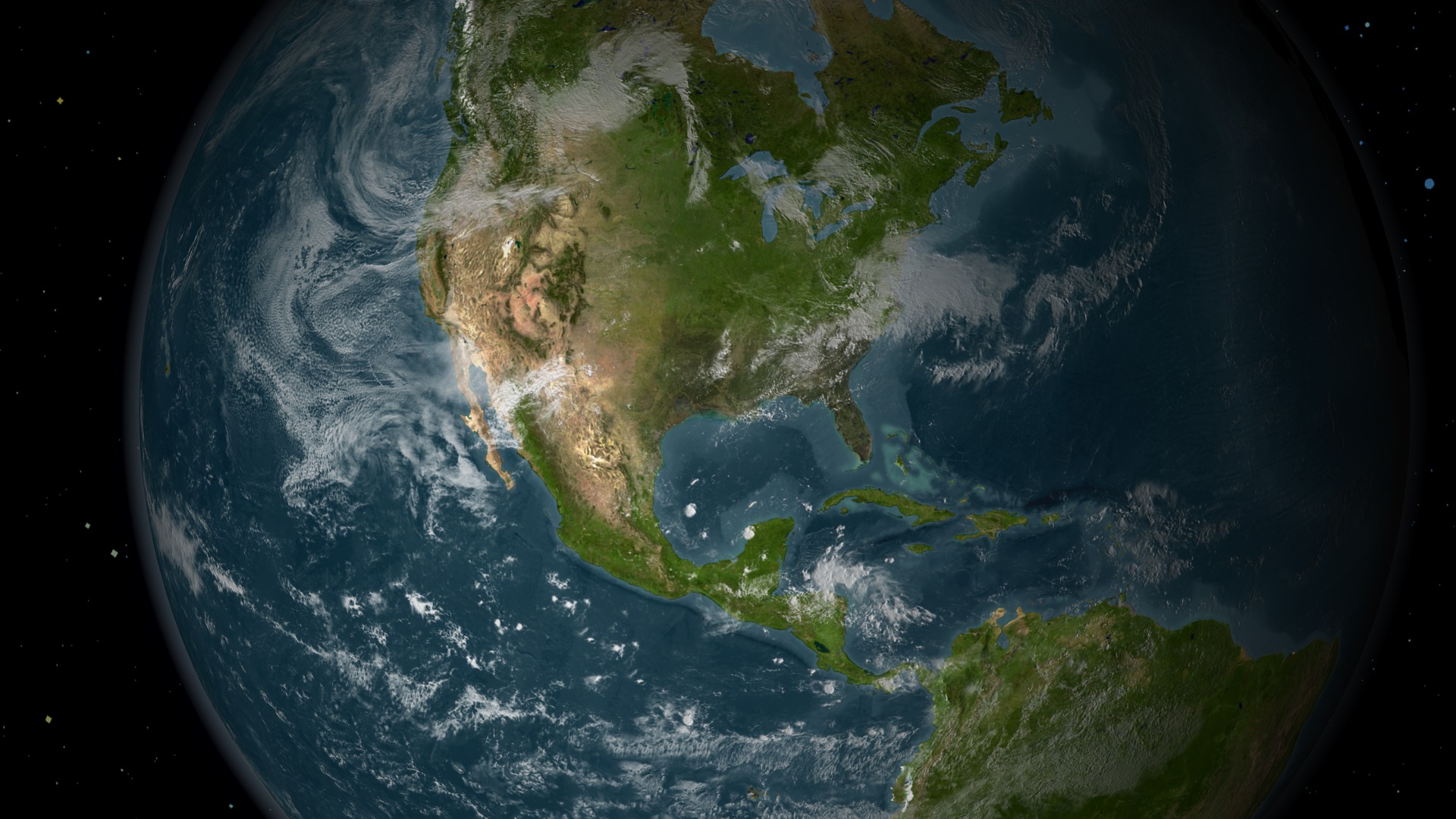 In seconds the edges of the Earth disappear and details of the American continent begin to resolve. 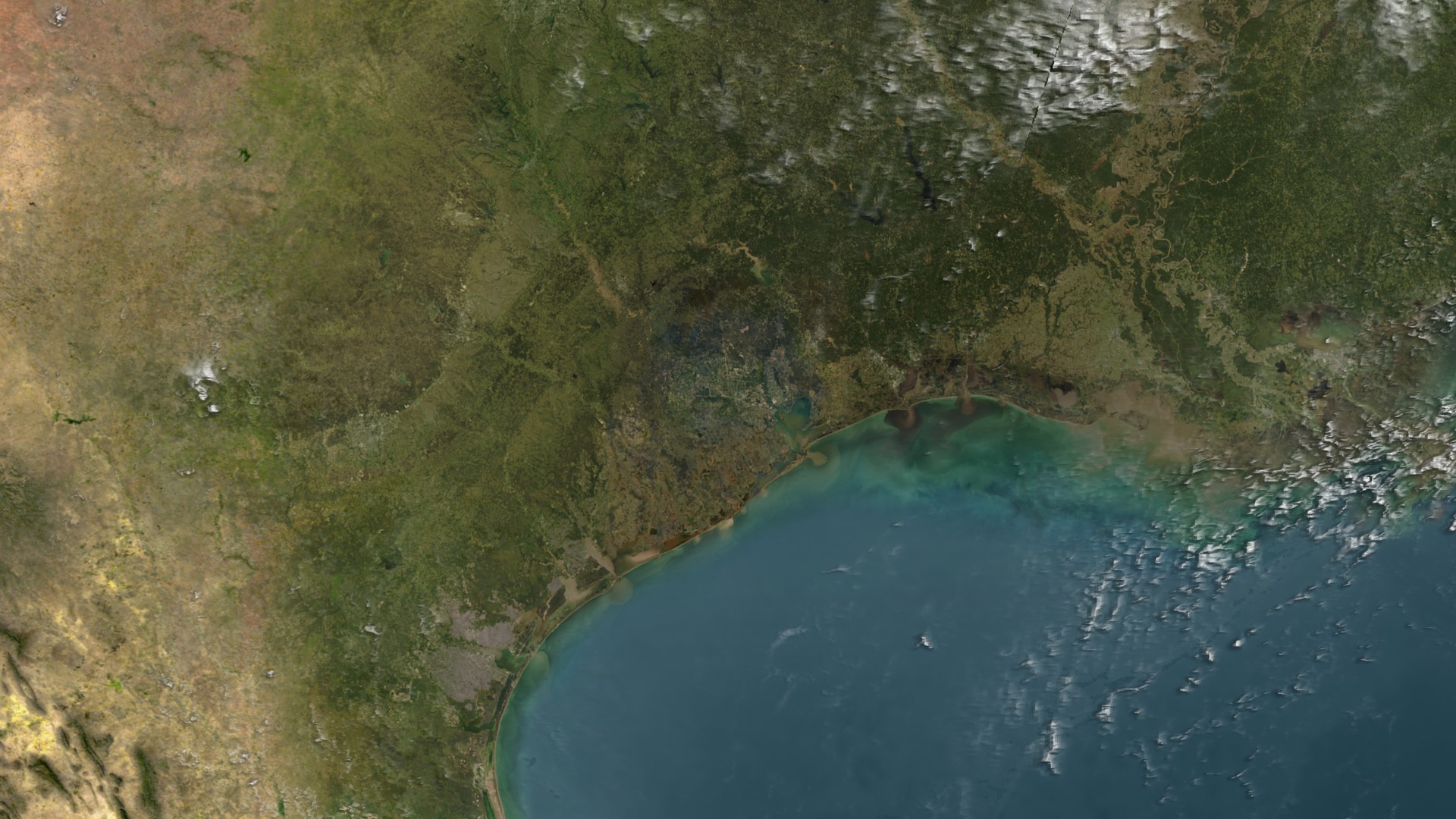 Halfway down we begin to see details in the coastline along the southern part of the country; moments later we can see distinct traces of waterways and natural features on land. 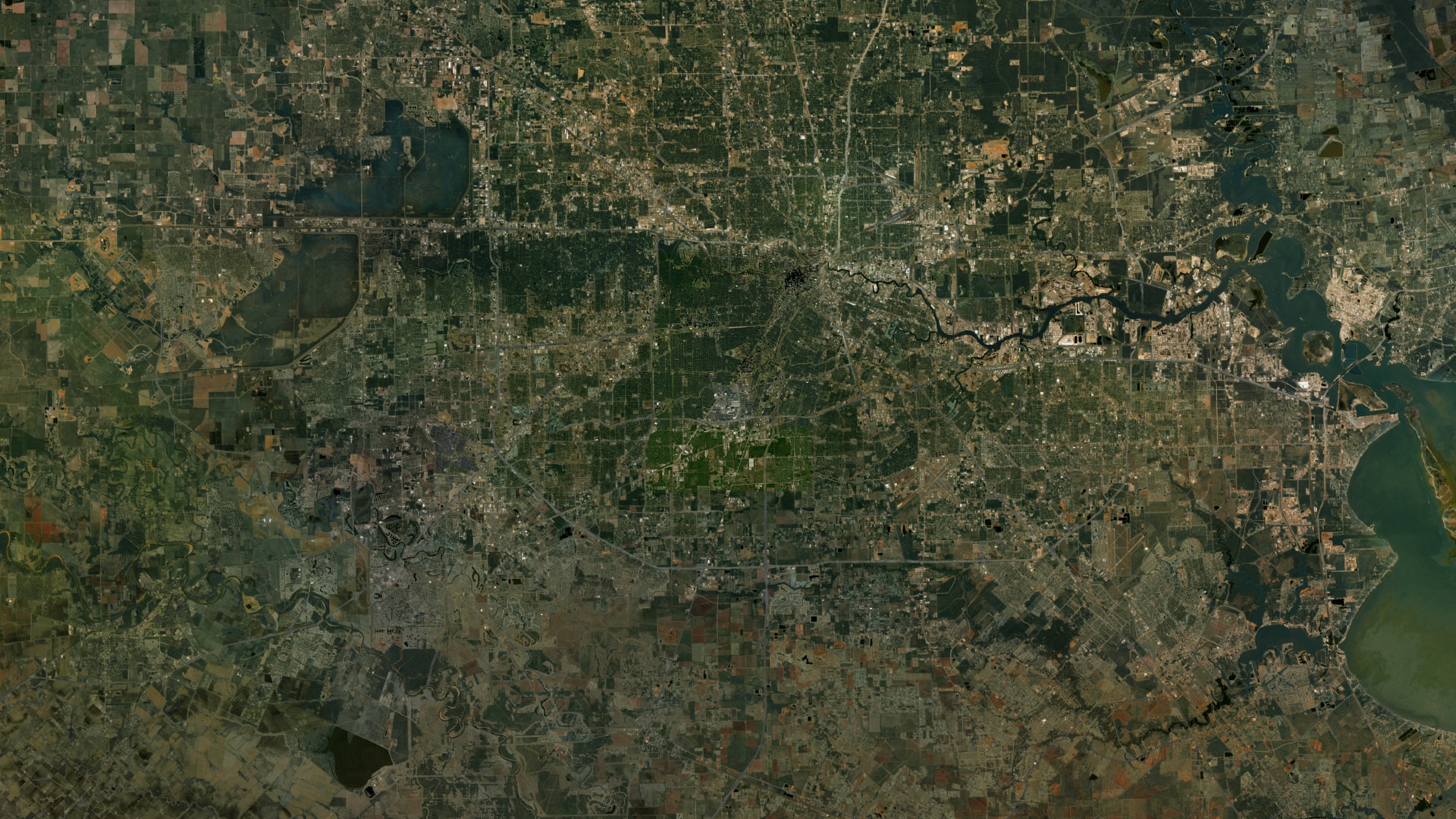 As we enter Houston airspace, we see its huge metropolitan area stretching out across the plains of Texas. Then, finally, we begin to resolve our destination: Reliant Stadium. 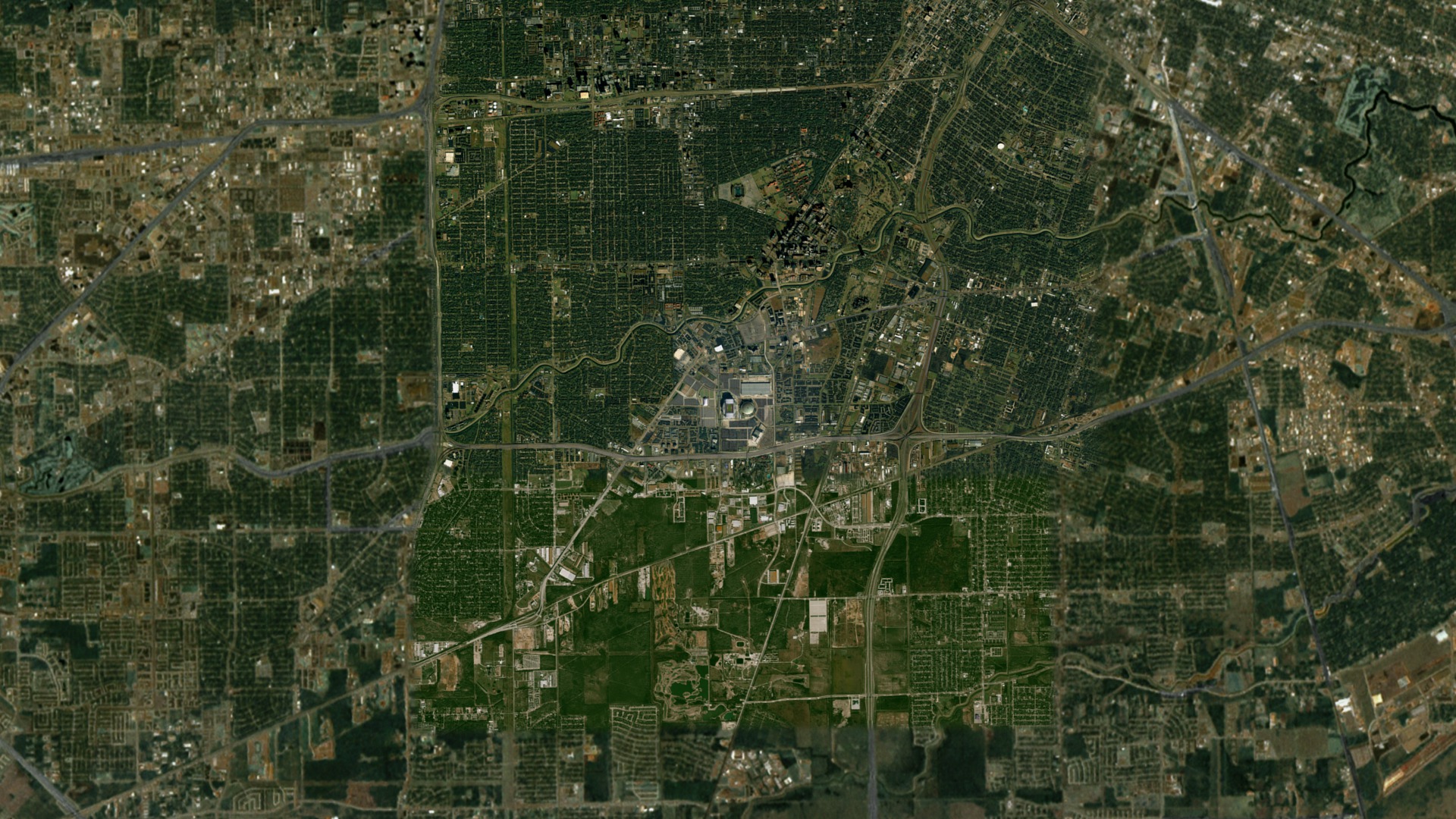 In the final moments we dive inside the open roof of the arena, seeing thousands of cheering football fans filling the stands and end zones decorated with the logos of the two competing teams.

THE ART OF SCIENTIFIC VISUALIZATION

Indeed, it is an art. The zoom from space into Houston’s Reliant Stadium could only be done by a space faring organization, with instruments already on orbit and a team of experts able to receive and manage the data those devices send down. This zoom is not a movie, at least not in the conventional sense. It is a synthesis of satellite data sets—pictures generated from by the careful manipulation of scientific data collected by powerful space based observatories.

And they are powerful. The satellites and instruments NASA used to create these scenes may be football spectators today, but ordinarily the space agency’s remarkable Earth Observing fleet works tirelessly to gather information about the health and changing attributes of our home planet. With land imagers, cloud analyzers, reflectometers, spectroradiometers, and many more devices, NASA can preserve and protect the Earth by providing imperative information about it.

But about that zoom…

Specifically, the rush from space uses ten layers of data. They include:

Several of the satellites that collected this data belong to NASA. They include Terra and Aqua, which each maintain their own MODIS instrument that catalogues the Earth’s surface colors; and Landsat-7, which archives and catalogues surface land features. IKONOS and Quickbird are commercial spacecraft, owned by the corporations Space Imaging and Digital Globe respectively. NASA periodically acquires data from these satellites for a variety of research and visualization purposes. In this sequence they provided the images used to depict the closest points to the ground.

The Hipparcos Star Catalog is an immense archive of heavens, showing thousands of stars in their proper context and at the correct brightness. It is used in a myriad of visual products and for scientific research.

Finally, a series of ground based photos and seating chart reference materials helped the visualization team show the arena in vibrant detail. CBS Television and the National Football League provided designs and logos for accurate depiction of the field.

In the creation of this sequence many of the layers needed to be carefully “rectified”, or matched together so that their edges intersected seamlessly. Then the artists applied extensive and detailed attention to the precise colors in each data set, enhancing the seamless nature of the flight path. Near the bottom, as the scene appears to be closing in on the stadium, the artists added a shadow to the interior of the field based on data from the Quickbird image, enhancing the feeling of actual travel through real space.

NASA is committed to the long-term study of the Earth via remote sensing, the study of the Earth from a distance. NASA's Earth Science Enterprise is dedicated to understanding the total Earth system and the effects of natural and human-induced changes on the global environment.


Special thanks to:
Digital Globe and Space Imaging
for their kind assistance in this exciting project.

Special thanks also to CBS Sports and the National Football League for their participation and cooperation in this project.

The Official Reproduction Guidelines for use of NASA images and emblems

This multimedia project is the work of a dedicated team of researchers, animators, and media specialists. A detailed companion video to this web site is available from NASA-TV. Below are a list of agencies, departments, and researchers who provided expertise and data for this production:

For further information about NASA’s remote sensing efforts, the Earth Observing fleet, or other exciting research conducted by the space agency and its partners, check out the following web sites: