Download
This sequence of images from Apollo 10 looks west across southern Mare Tranquillitatis. The Apollo 11 landing site is circled in green. The bright crater at about 7 o'clock within the circle is West crater. Black and white, 70mm magazine R, AS10-31-4607 to 11. 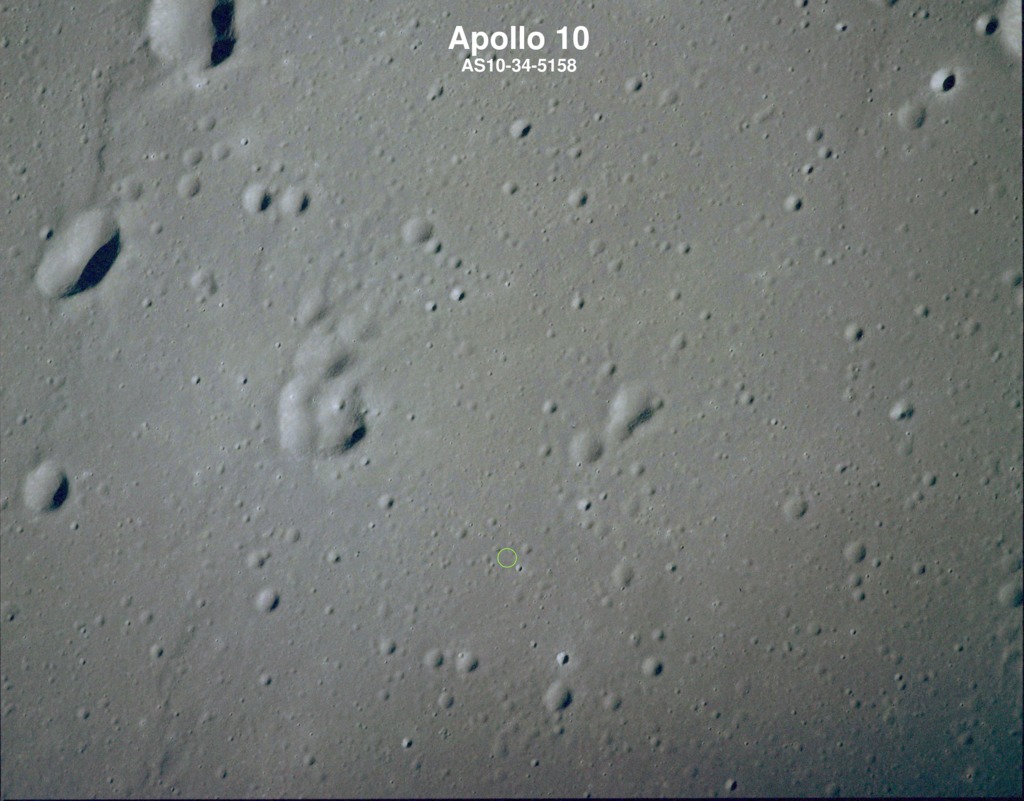 Download
Color photograph from Apollo 10, looking northwest within Mare Tranquillitatis. The Apollo 11 landing site is circled in green. The well-defined crater at about 4 o'clock just outside the circle is West crater. Image AS10-34-5158. 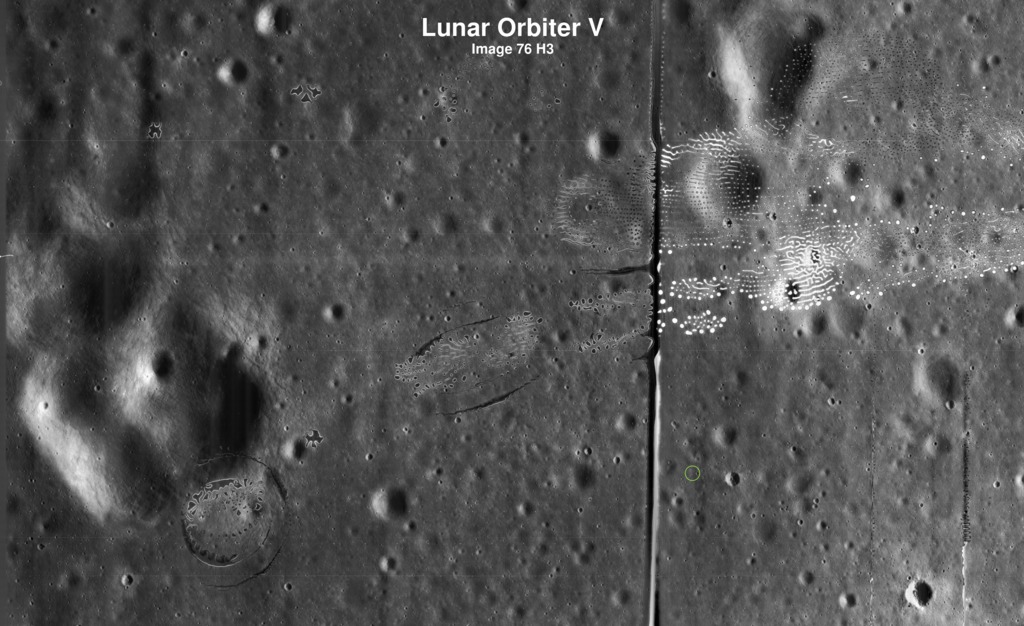 Download
This overhead image from Lunar Orbiter V is possibly the best pre-landing image of the Apollo 11 landing site, circled in green. The small crater at 3 o'clock within the circle is Little West, which Neil Armstrong walked to during his time on the surface. The well-defined crater about three circle-widths to the right is West. Ejecta from West comprised the boulder field the astronauts avoided during the landing. Image 76 H3. 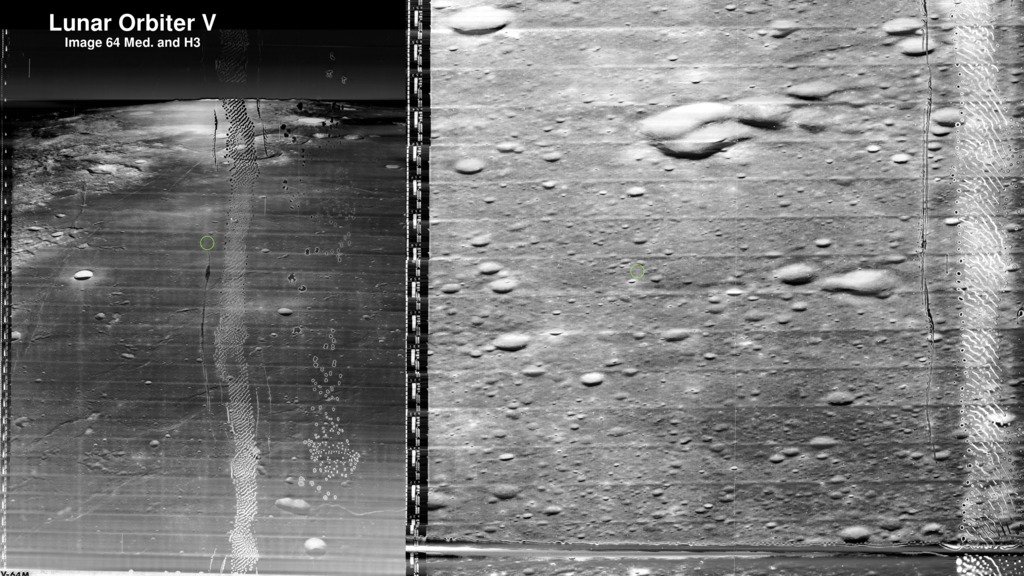 Download
Lunar Orbiter V oblique views of Mare Tranquillitatis. The Apollo 11 landing site is circled in green. West crater is just outside the circle at 7 o'clock in the high-resolution image on the right. Image 64 medium and H3.

Download
This sequence of images was taken at 10-second intervals by Ranger 8 as it plunged toward a crash landing in Mare Tranquillitatis. The Apollo 11 landing site is within the green circle. The lighter color pixels in the center are West crater and its ejecta. Camera B, images 56 to 64.

Download
The image on the left was taken by Ranger 8 about 25 seconds before it impacted. It shows an area of Mare Tranquillitatis about two degrees north of the Apollo 11 landing site. The LROC image on the right shows the same area. Ranger 8 image B86, LROC image M1111649357LC.

Data Used:
LRO/LROC/Narrow Angle Camera
Note: While we identify the data sets used in these visualizations, we do not store any further details nor the data sets themselves on our site.