Visualizations by Greg Shirah Released on August 14, 2013
Download Options
This visualization shows the how observations by the Suomi NPP satellite's Ozone Mapping and Profiler Suite (OMPS) Limb instrument, and information from the GEOS-5 computational atmospheric model, together revealed the bolide plume snaking around the atmosphere. 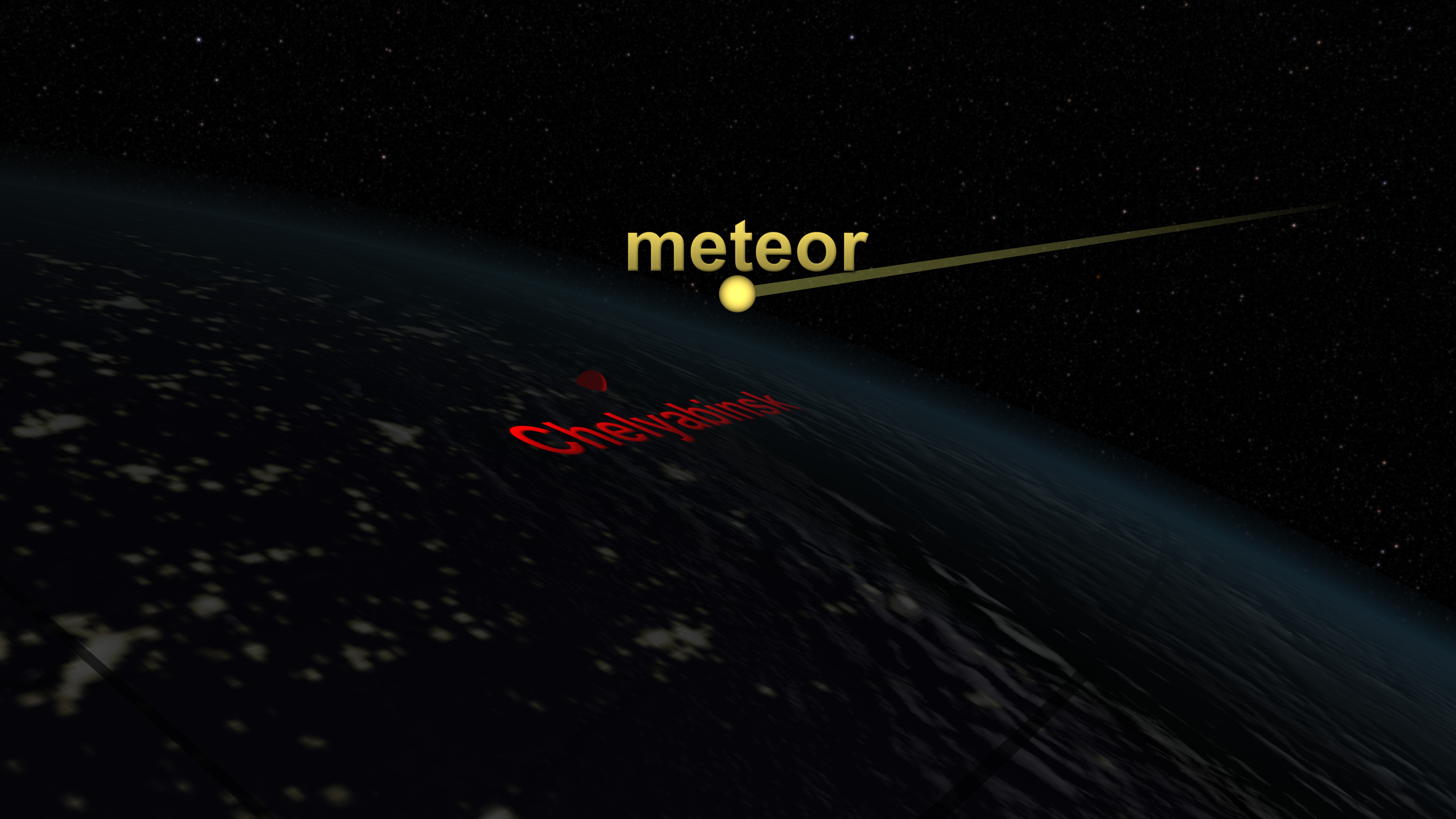 Download Options
On Feb. 15, 2013, the bolide was about to explode over Chelyabinsk, Russia. 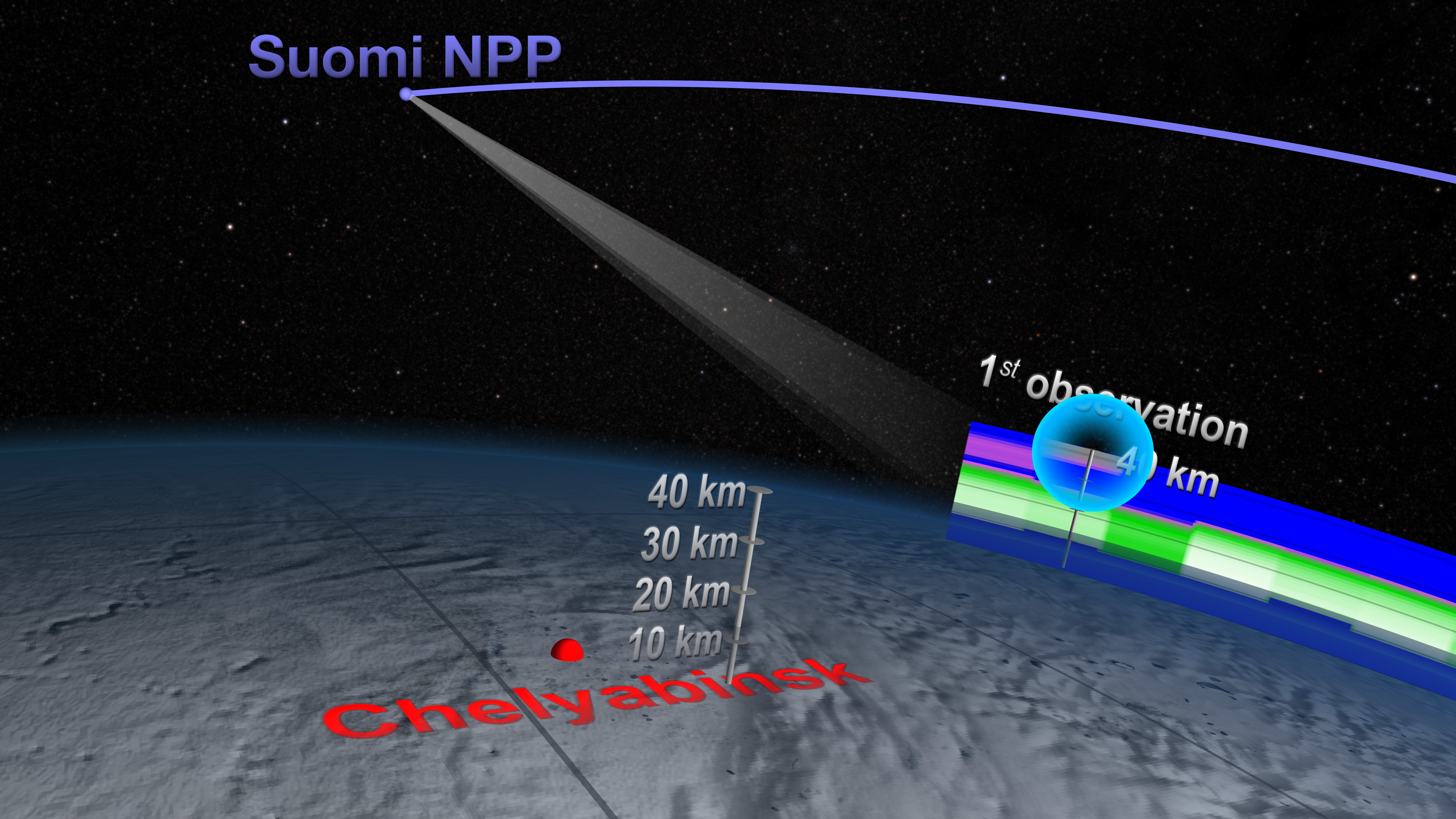 Download Options
The Suomi NPP satellite made its first observation 1,100 kilometers from the explosion. 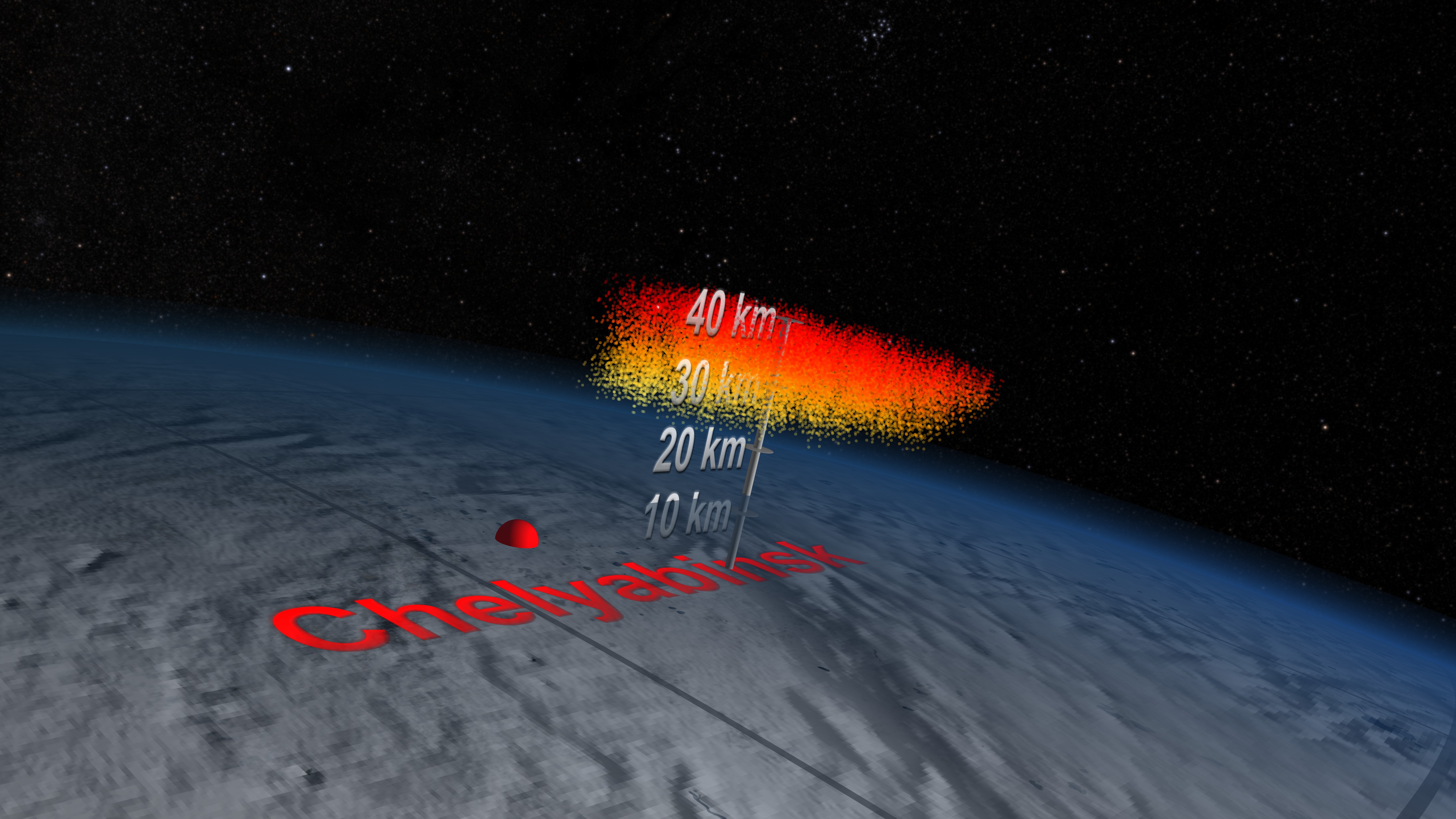 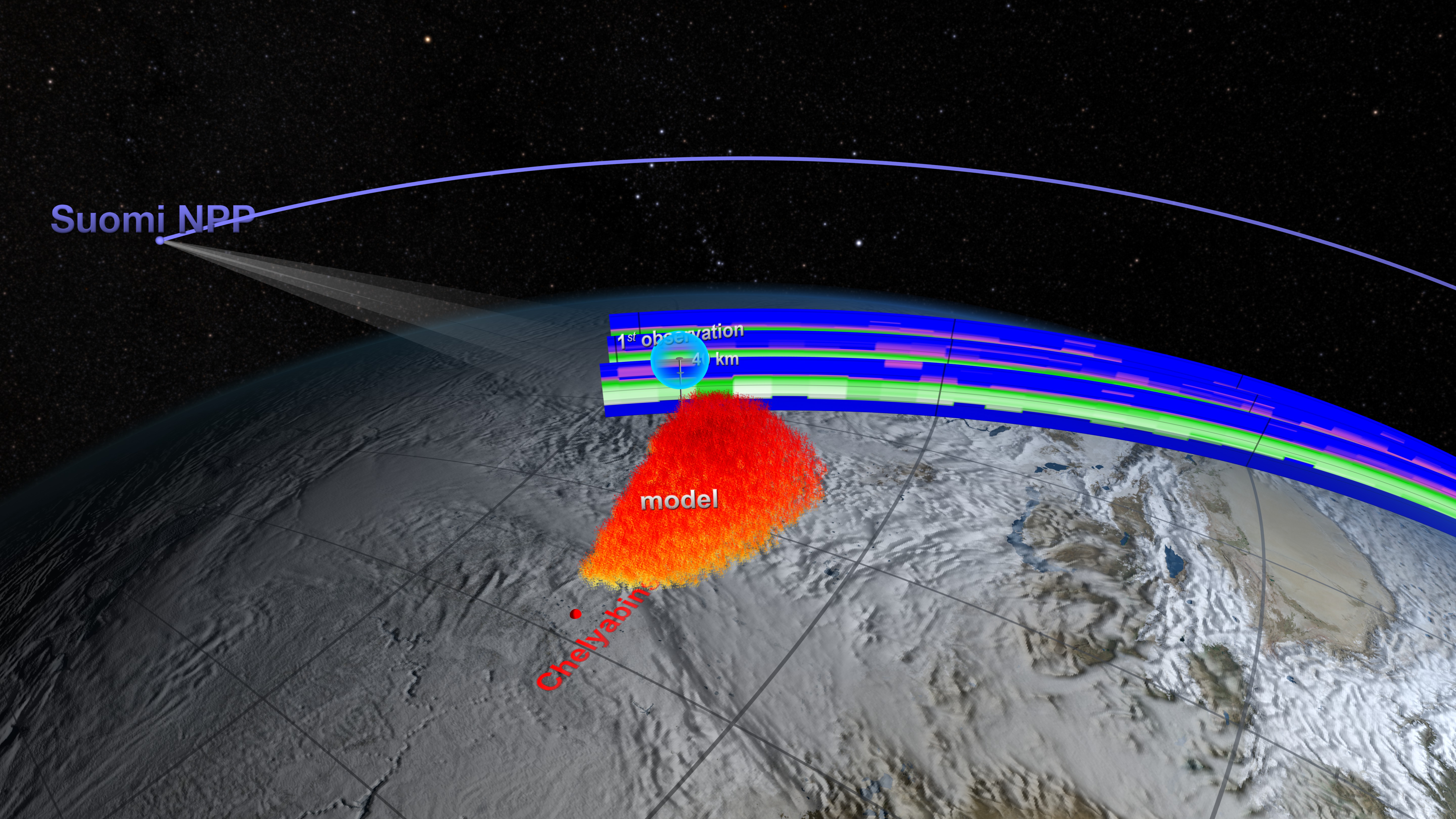 Download Options
The location of the satellite's first observation (blue circle) is seen with respect to the modeled plume. 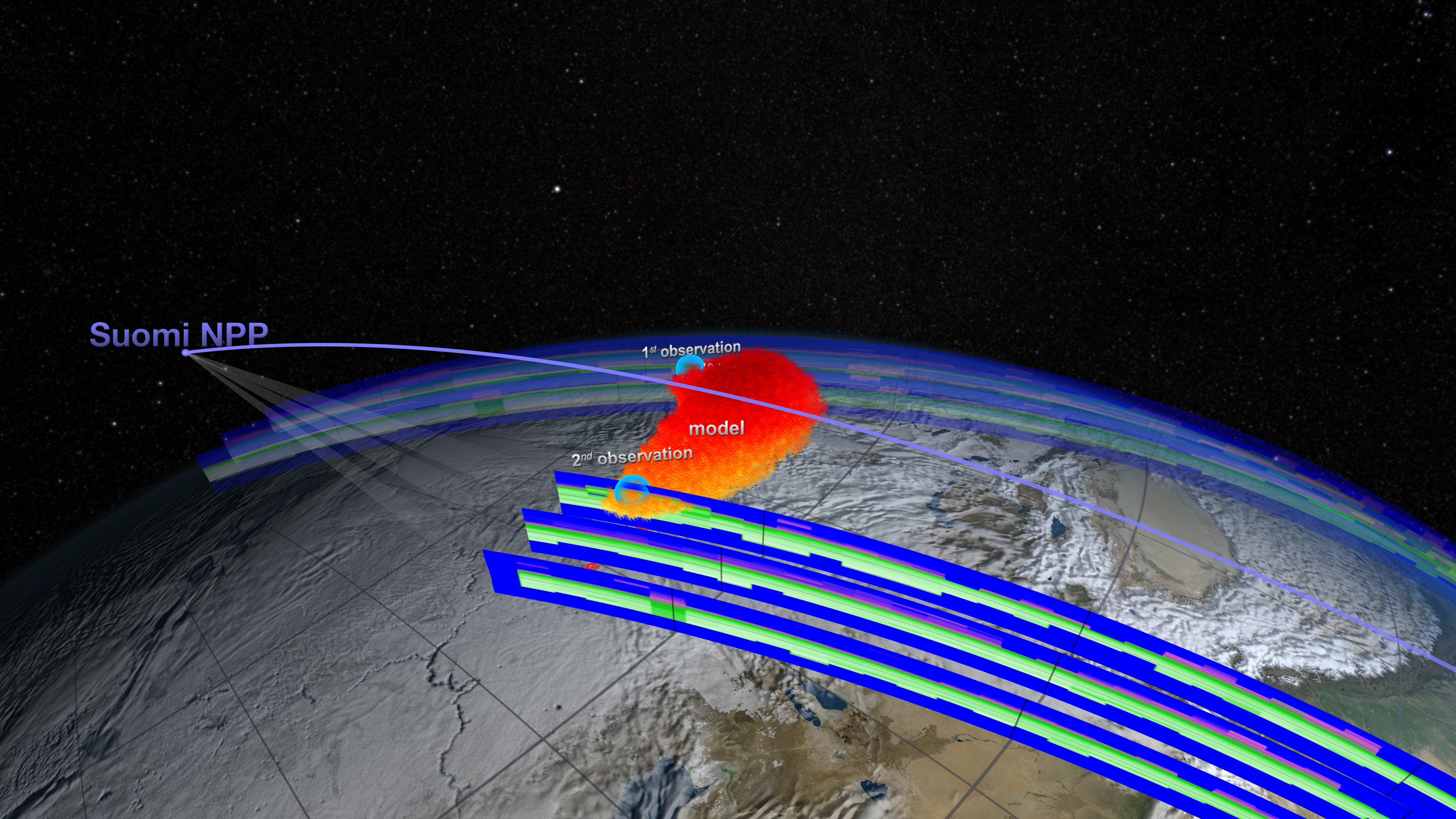 Download Options
The satellite's second observation is labeled with respect to the modeled plume. 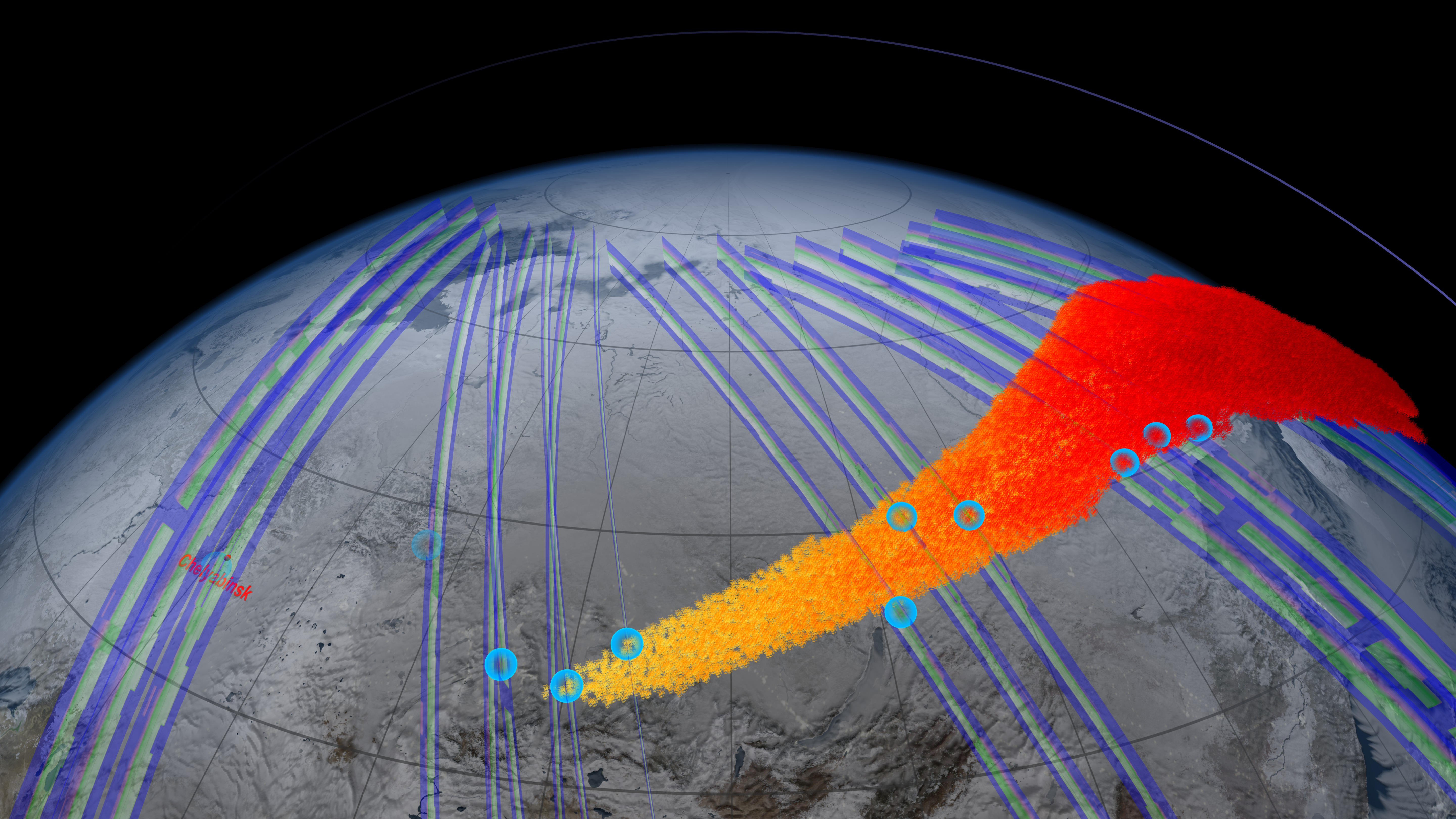 Download Options
The modeled path and height of the plume continue to agree well with satellite observations. 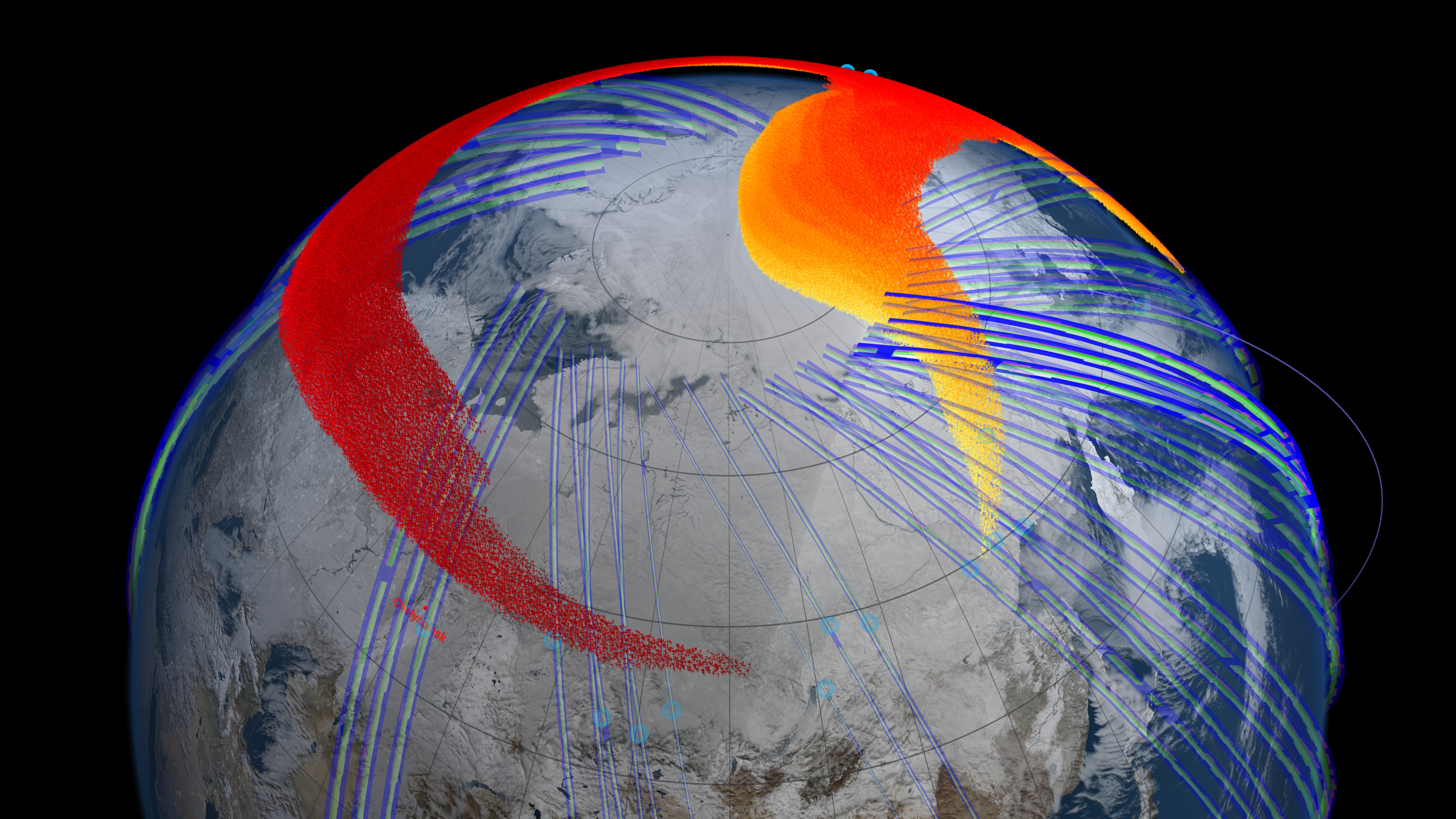 Download Options
Four days after the bolide explosion, the faster, higher portion of the plume (red) had snaked its way entirely around the northern hemisphere and back to Chelyabinsk, Russia. 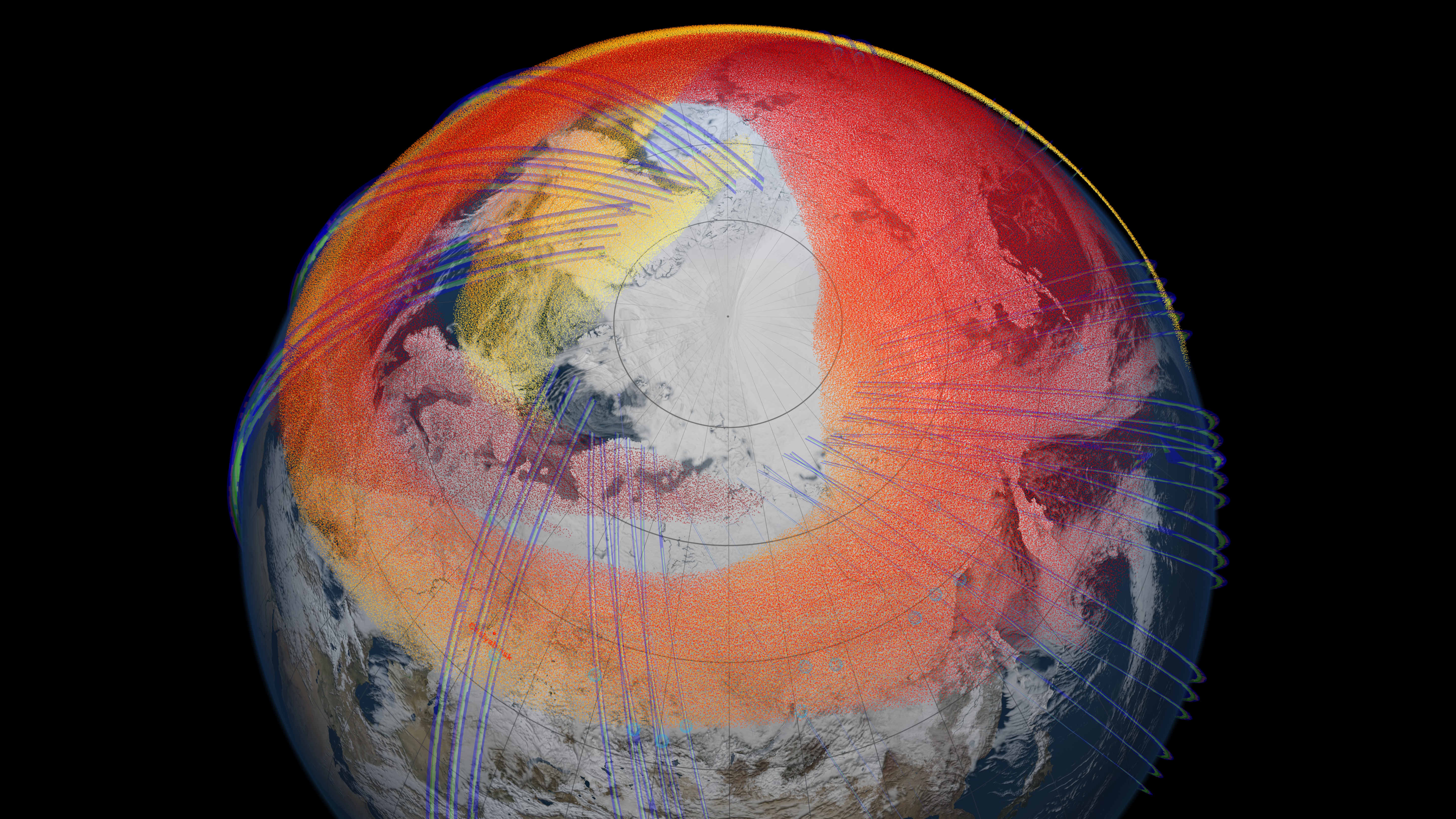 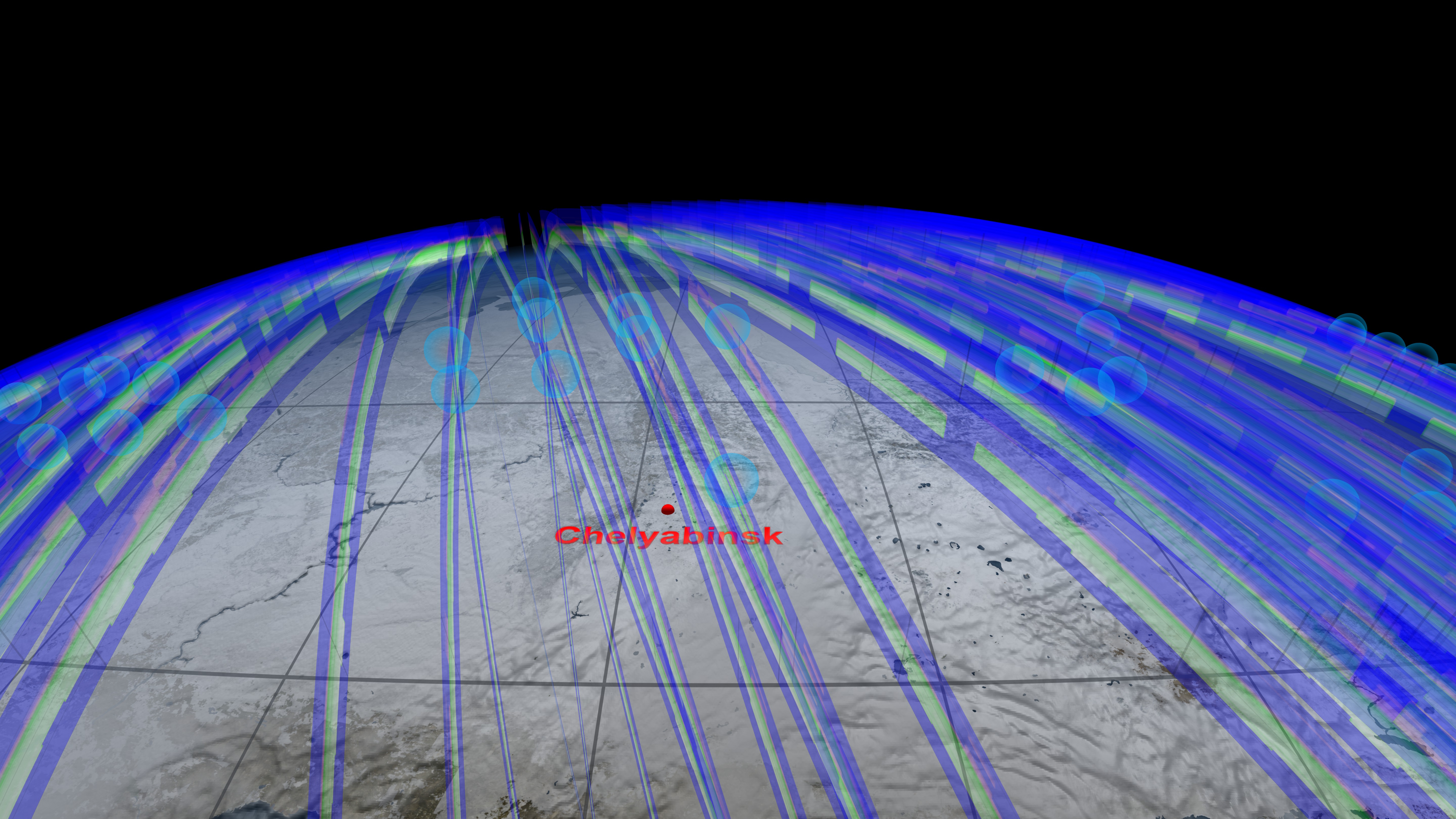 Download Options
Colors assigned to the Suomi NPP data curtains from the OMPS instrument: extinction ranging from 1e-06 (blue) to 1e-05 (purple) to 1e-04 (green) to 1e-03 (white). This is a logarithmic scale. 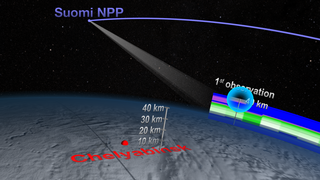 Model - NASA GMAO - 2013/02/15 to 2013/02/25
The model is the GEOS-5 atmospheric model on the cubed-sphere, run at 14-km global resolution for 30-days. GEOS-5 is described here http://gmao.gsfc.nasa.gov/systems/geos5/ and the cubed-sphere work is described here http://sivo.gsfc.nasa.gov/cubedsphere_overview.html.
view all stories where this data set is used

Observed Data - NASA - 2013/02/15 to 2013/04/12
view all stories where this data set is used
Note: While we identify the data sets used in these visualizations, we do not store any further details nor the data sets themselves on our site.