Released on June 21, 2013
Download
The geometry of the Moon's orbit in motion, from late May until the supermoon on June 23, 2013. Frame sequences with alpha channel are available for the separate elements of the animation.
Download
The rotating Earth at the time of summer and winter solstice. 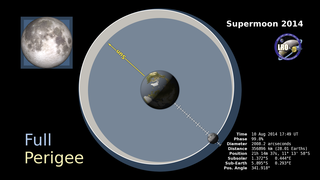 Data Used:
Clementine
LRO/LOLA/Digital Elevation Map
JPL DE421
Note: While we identify the data sets used in these visualizations, we do not store any further details nor the data sets themselves on our site.