Visualizations by Ernie Wright Released on October 6, 2011
Download Options
The LOLA sensor footprint travels over the central peak and across the floor of Amundsen crater. The "no date" frames directory contains frames 120 to 530 without the date and time overlay.
This video is also available on our YouTube channel. 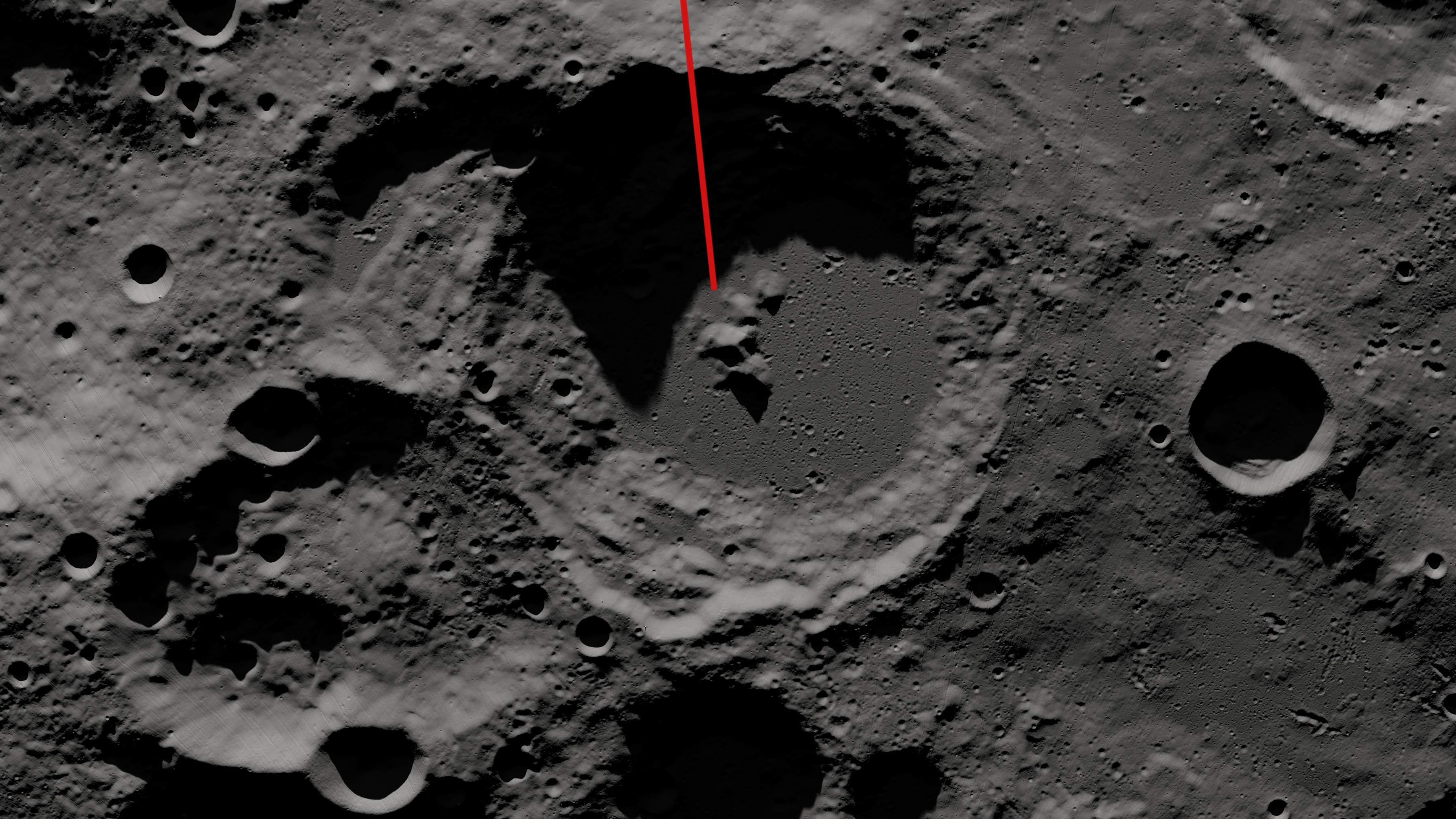 Download Options
The path of the LOLA data track across Amundsen crater, viewed from space. Amundsen is about 100 km wide. 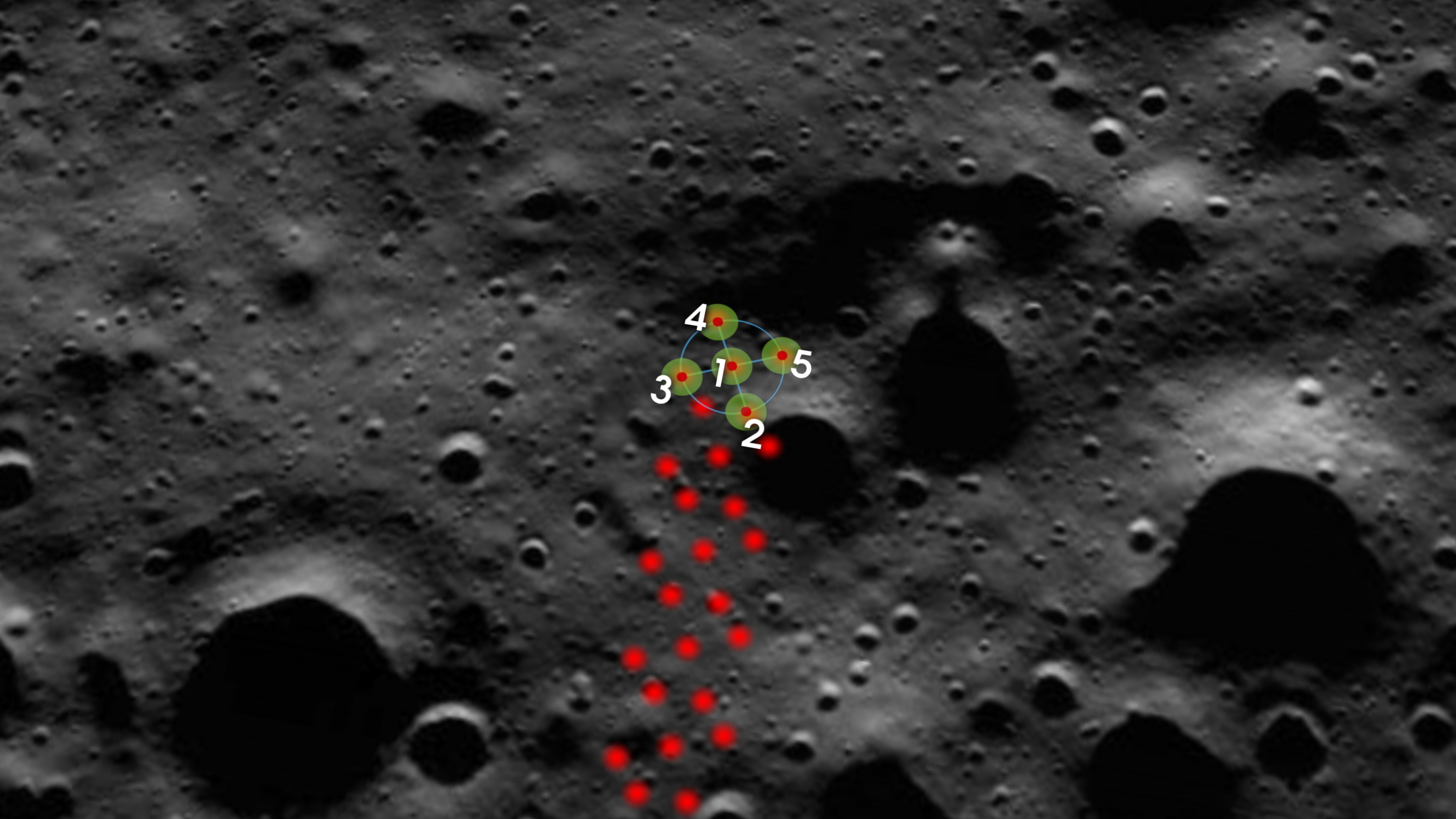 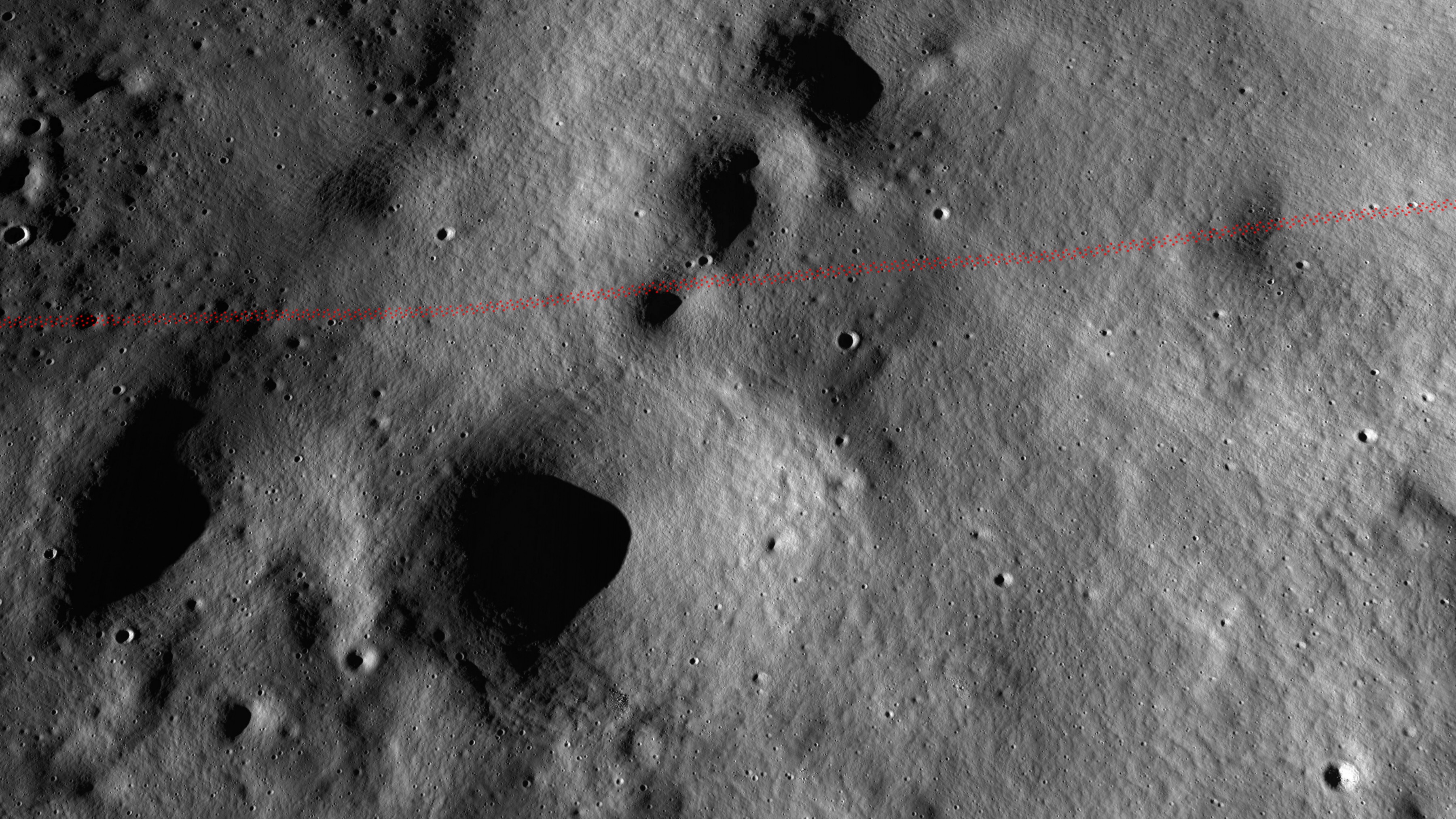 2009 Sep 27
view all stories where this data set is used
Note: While we identify the data sets used in these visualizations, we do not store any further details nor the data sets themselves on our site.