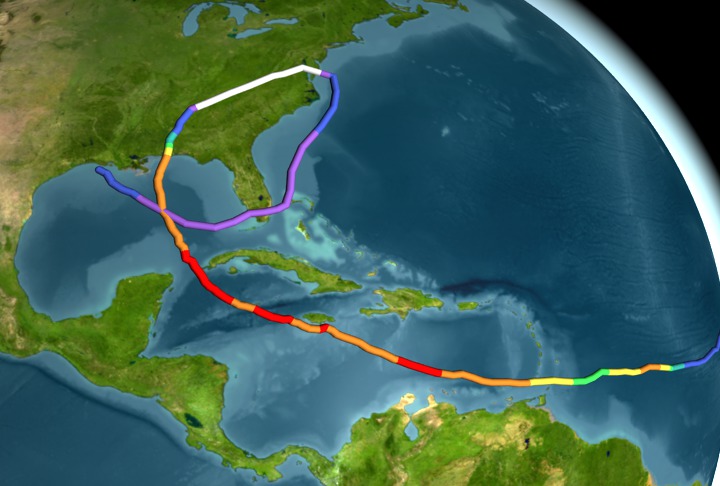 Download Options
This picture shows the intensity of the storm through color. Purple is the weakest classification, Tropical Depression.Red is the most deadly classification, Hurricane Five. 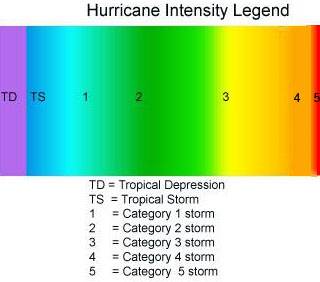 Database - Unisys - 2004/09/2-23
view all stories where this data set is used
Note: While we identify the data sets used in these visualizations, we do not store any further details nor the data sets themselves on our site.

This item is part of these series:
Hurricanes
Hurricane Ivan