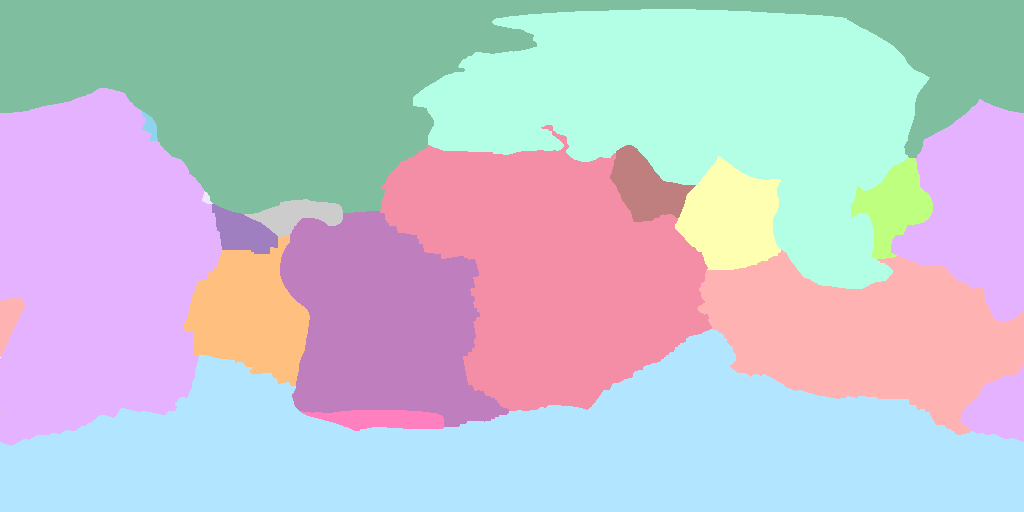 Download
An image of the Earth's major tectonic plates. 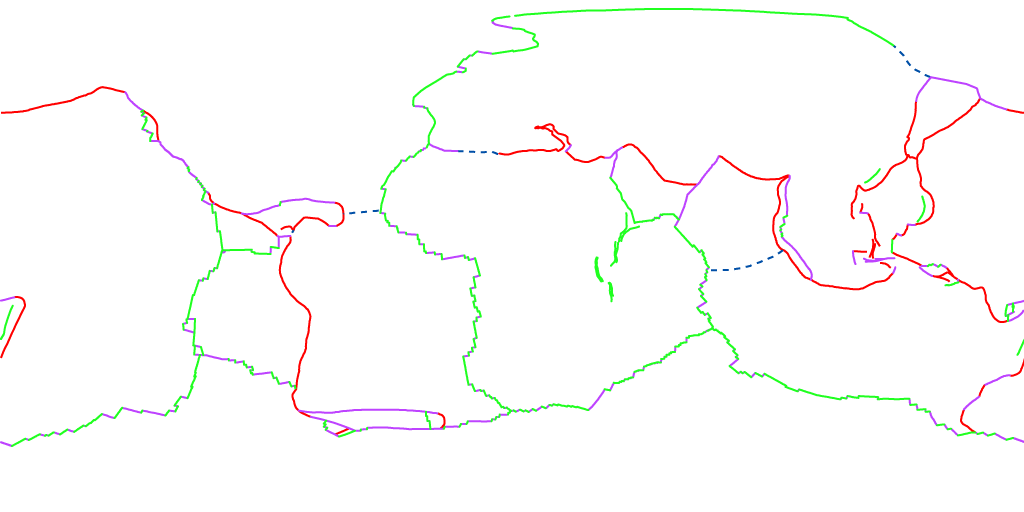 Download
This image shows the plate boundaries in the Earth's crust. It is meant to be overlaid on a background image of the world, such as the image below. 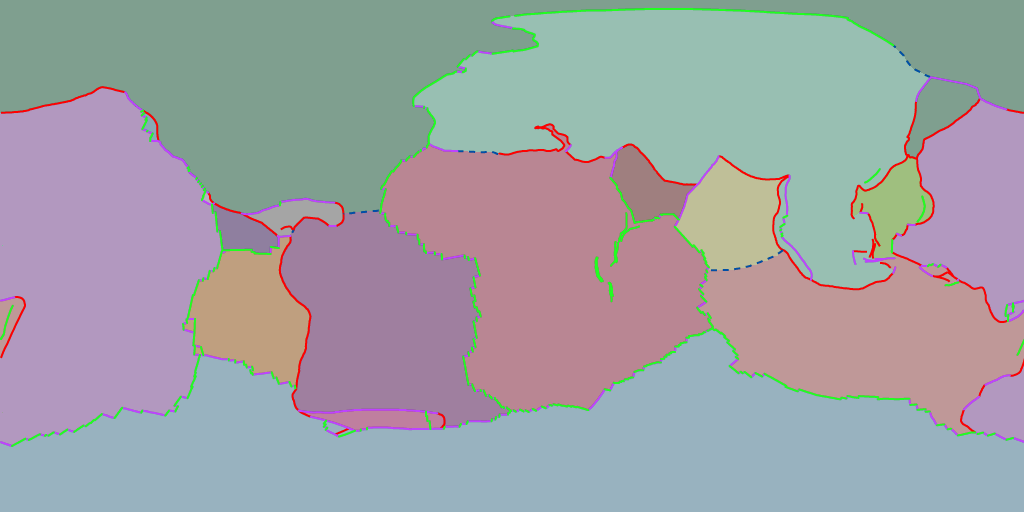 Download
An image of the Earth's major tectonic plates, with the plate boundary types indicated. 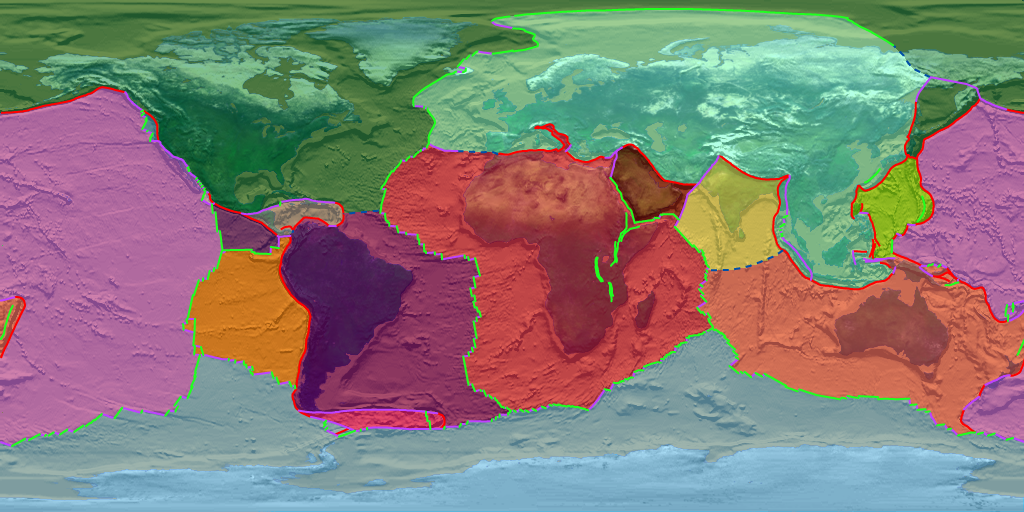 Download
A combined image of the Earth's plates, plate boundaries, and ocean bathymetry. 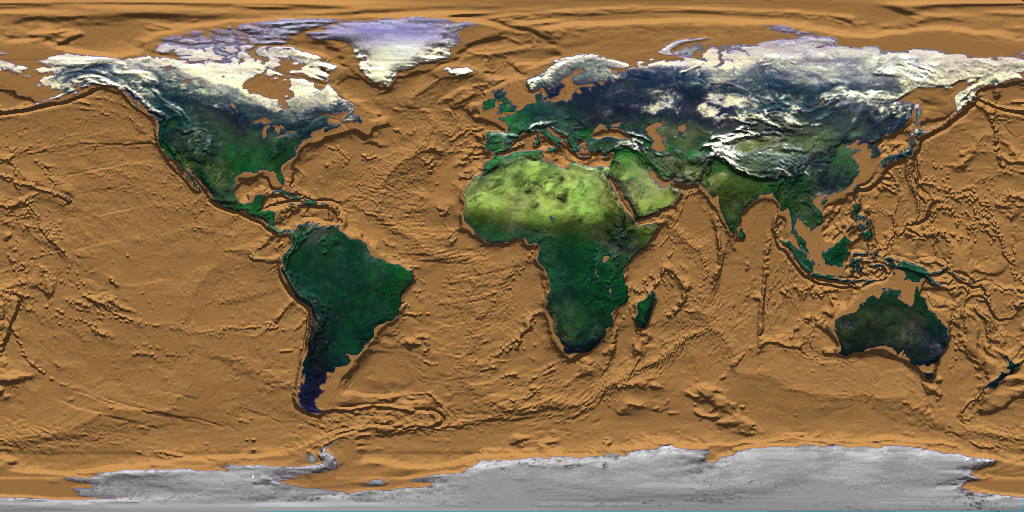 Download
This image shows the topography of the oceans bottom as a false-color relief map.